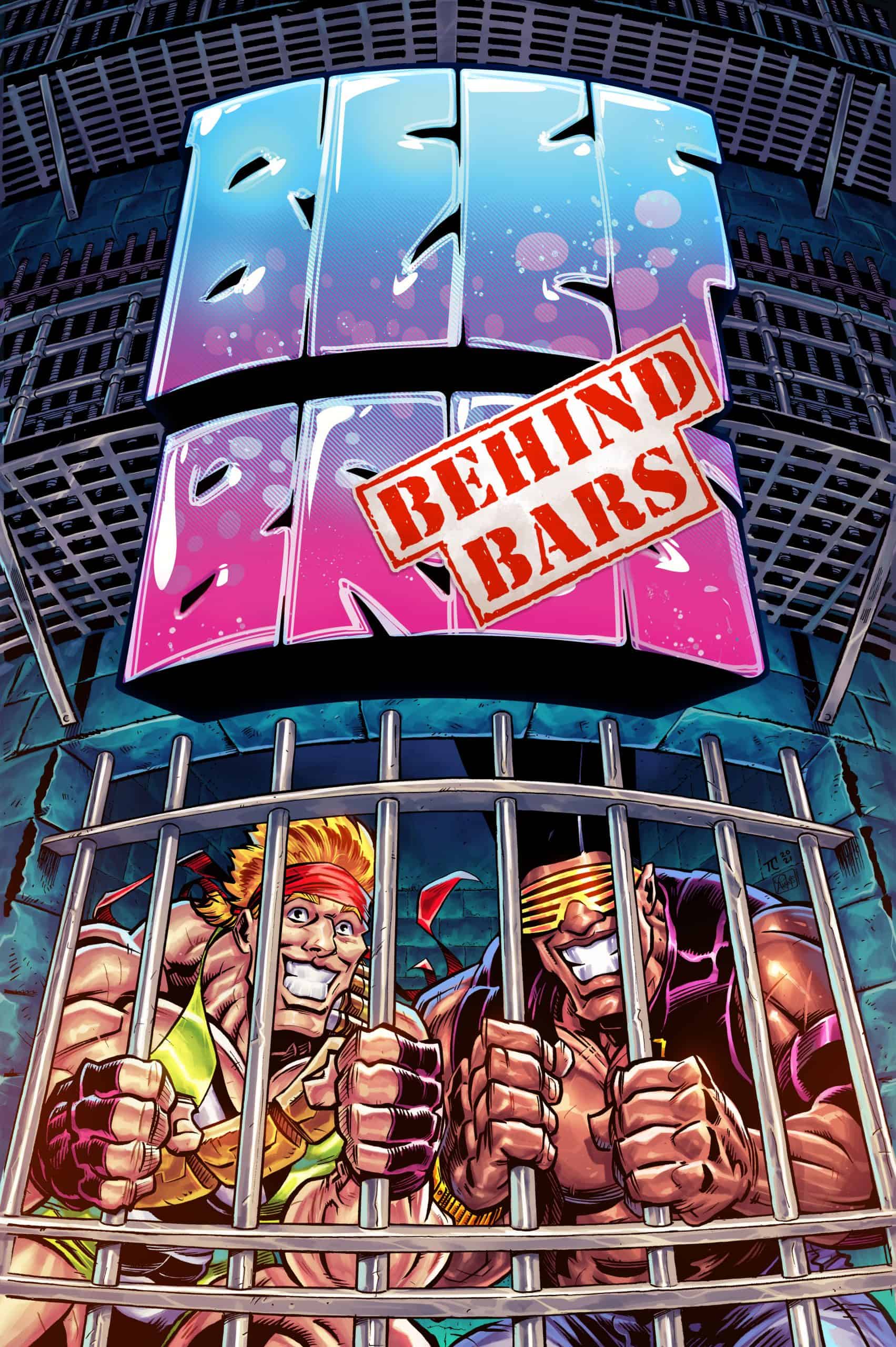 Huey and Ajax Beef put you into a figure four leglock and retain the World Championship. Oh, and they save the day too!

Can you smell what Aubrey Sitterson is cooking?

Hotter than Mid-South Coliseum in the summer is the Beef Bros.: Behind Bars, the ultimate tag-parter to Beef Bros.; Sitterson’s instant indie classic. is a thousand laughs a minute while being a heartfelt reminder that the ultimate goal in life should be; not to be an a**hole to people. By the time I had found out about Aubrey and the Beef Bros. I had missed the first book. However, when Behind Bars was announced, I knew I had to climb over the top of the cage and reserve my copy. And I’m stoked that I did.

Sitterson’s style mixes social conscientiousness and comedy in a way that is both riveting and terrifyingly true. The approach is lighthearted, with the end result being a stark reminder of how f*cked things are. Huey and Ajax may not be the brightest guys, but they have great hearts and great positivity and are the heroes we need! And they’re more jacked than Lex Luger.

Huey and Ajax’s hearts are bigger than the world they live in. Taking on a Robin Hood role of sorts, they are steadily fighting against an oppressive and privatized system that seeks to only serve those that created said system. Sitterson lands every single punch thrown while exposing and bringing to the surface the very real issues and problems that millions of people face every day.

The Beef Bros are a prime example of not all heroes wear capes, and not all great stories are in a comic shop.

Wrestling references aside, this book is super fun. The action never stops, and if you don’t fall in love with Beef Bros., then you need to check your pulse.