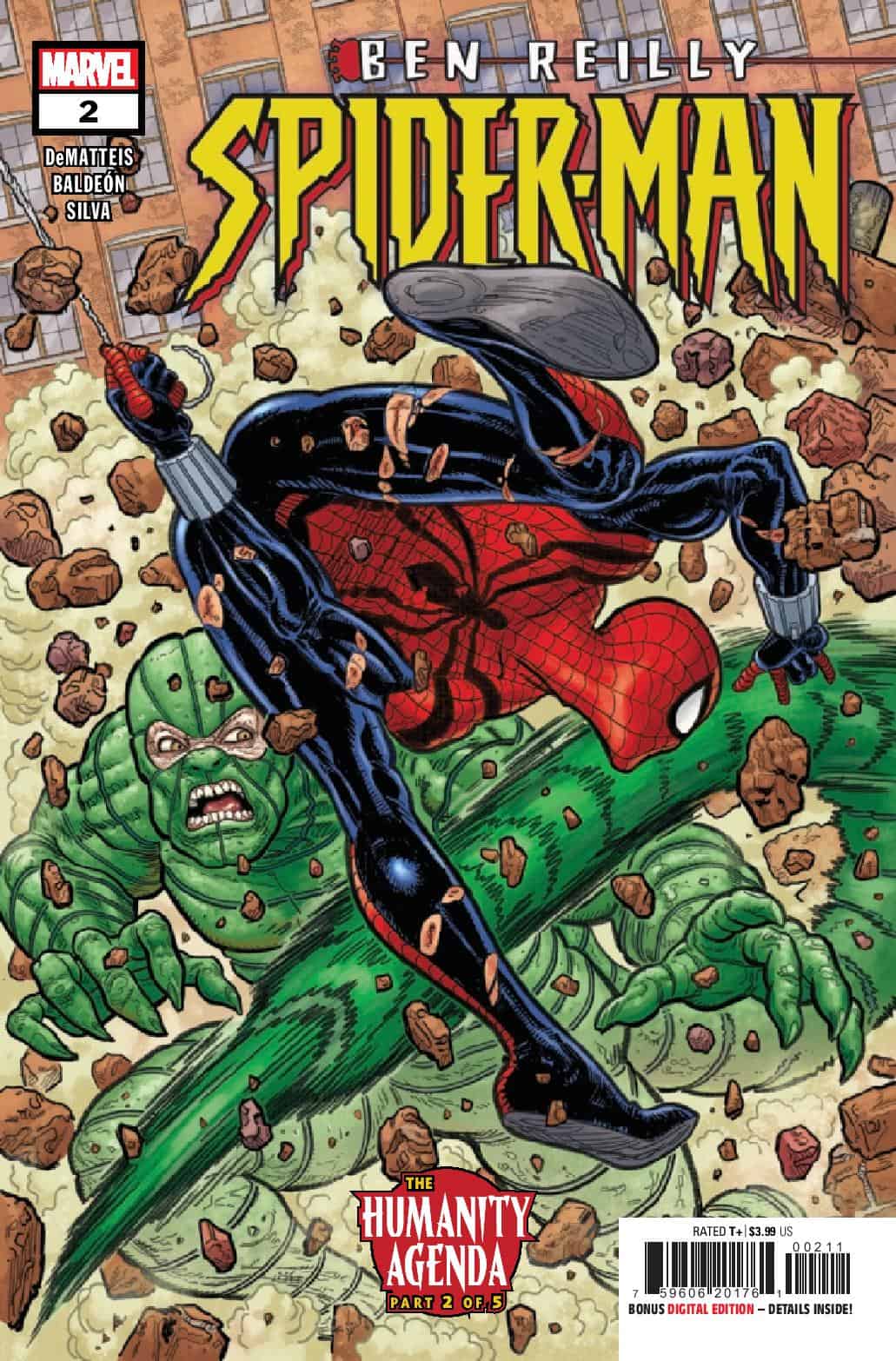 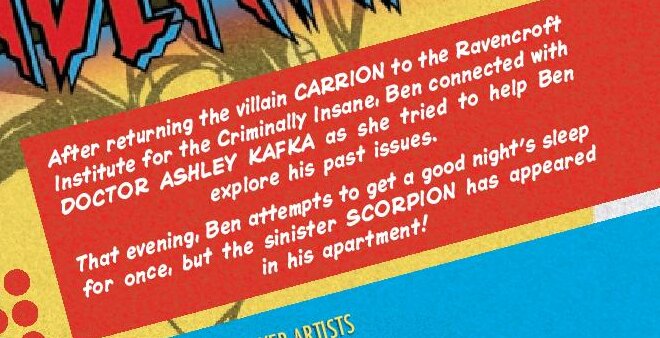 I’m going to sue artist David Baldeon. Why? Because in this issue his art took my breath away. Seriously though, his art is out of control. Each page, each panel, deserves to be blown up to poster size so that it can truly be appreciated. I have no clue how long he spends on each page, but it’s a lot longer than he “has” to. His art took instantly took me back to the mid-90s when I literally counted down the days between issues of Ben Reilly’s adventures as Spider-Man. Baldeon’s art is hard to describe because while it’s very clean and crisp, there really aren’t any jagged, sharp lines at all. It’s got a soft, realistic look to it while at the same time dynamic. I would say without hesitation that this is some of the best, most enjoyable comic art that I’ve ever seen and that his art is a prime example as to why the comic medium is far superior to other forms of art and entertainment. A very engrossing book to look at, you’ll be totally immersed by the bottom of the first page. Try putting it down, I dare you. 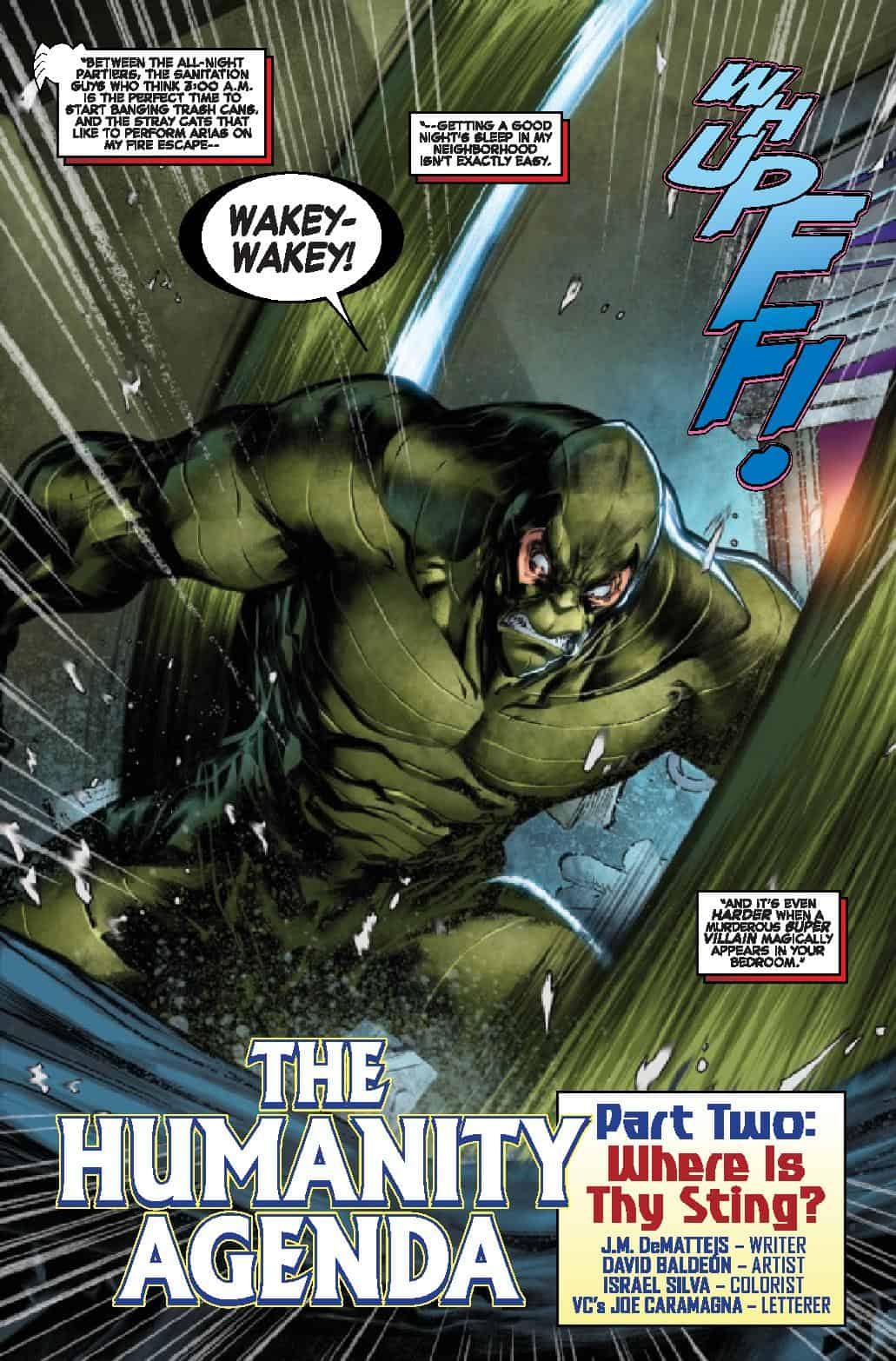 Author J.M. DeMatteis will be forever remembered for countless stories, TV shows, and comics, among many other things. I really hope that this comic doesn’t get overlooked on his resume because it’s one of the most absorbing and poignant stories that I’ve read in a very long time. DeMatteis mixes everything a good comic story needs: action, shock, mystery, and humor altogether and wraps it into one hell of a comic. I’m buying an extra copy of it on Wednesday and giving it to a friend of mine. His name is Todd and all he reads is Spawn comics. Yeah, I’m not sure why I’m still friends with him either. But I’m giving him the first two issues because I know that he’s really going to enjoy them. How about you try that with one of your friends?

I didn't think that this issue could come close to being as good as the first one, but I was wrong. So. So. Wrong. DeMatteis & Baldeon hit every high spot and sink every shot in this issue. Complete and total home run.