Ben Reilly Spider-Man #3: I’m the Only One 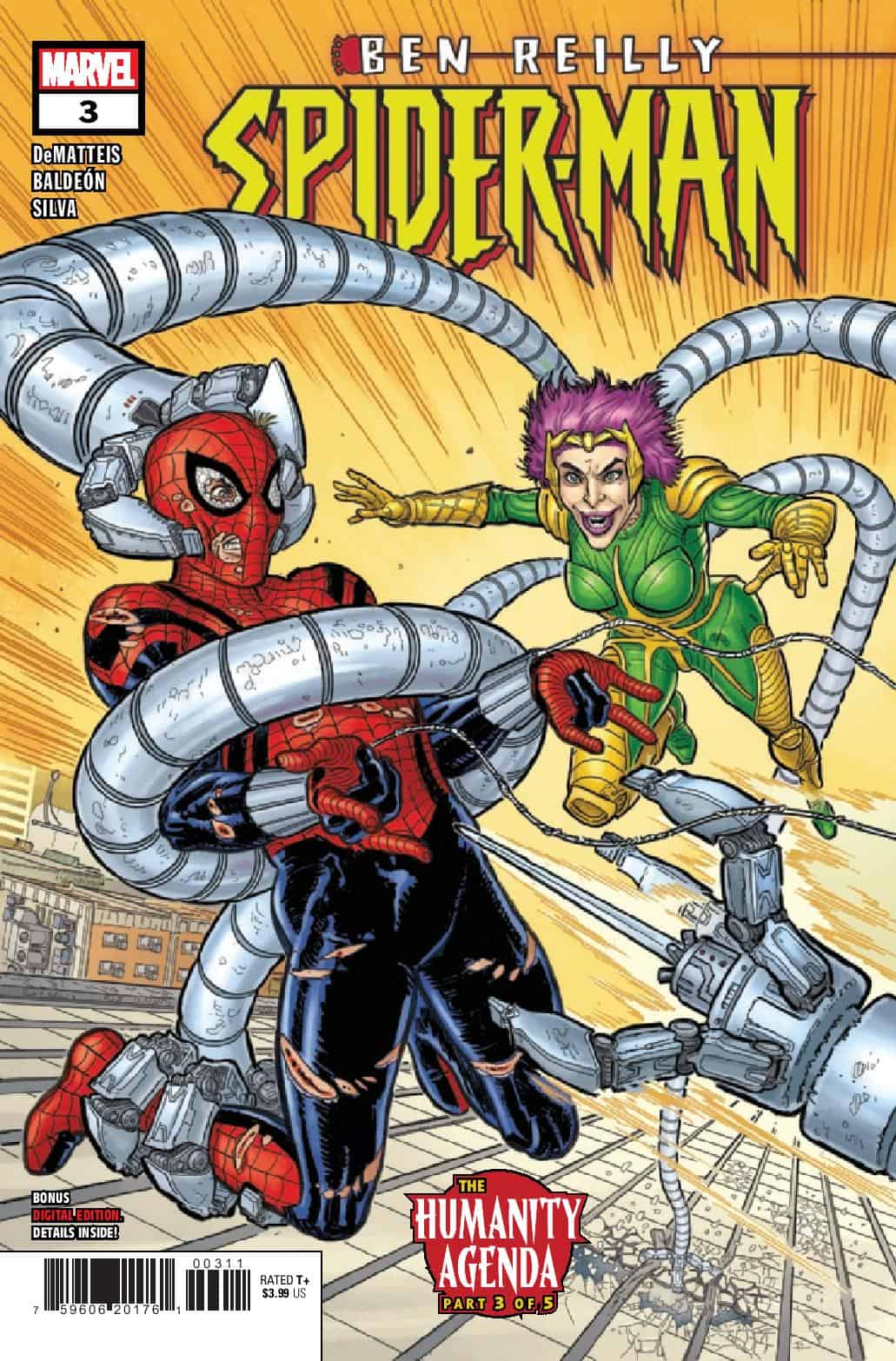 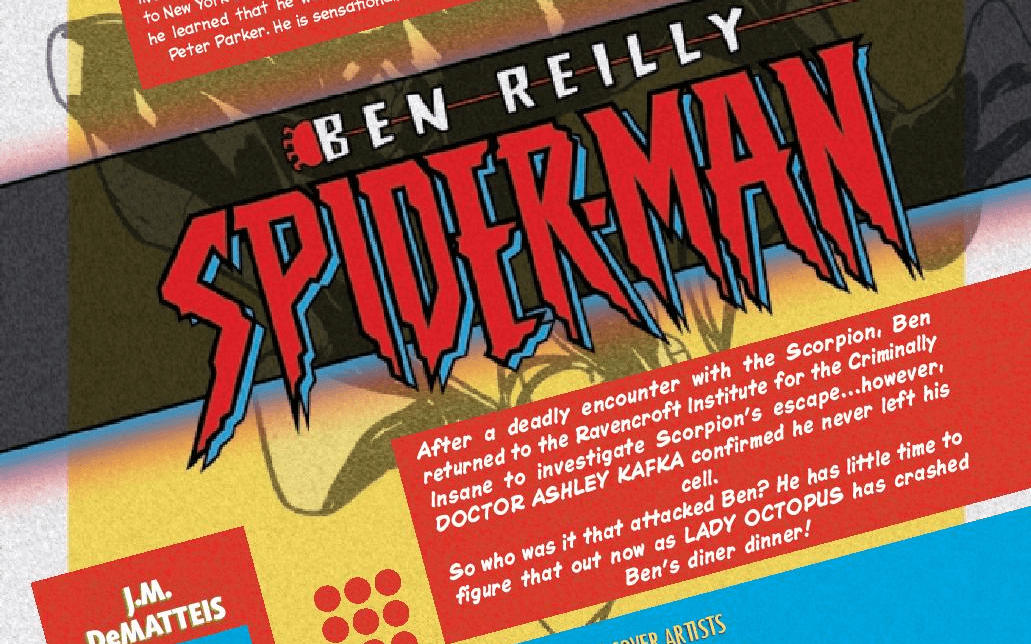 One of the greatest things about the FIRST Ben Reilly Spider-Man era was the villains. When Ben took his place as the one, true Spider-Man, a lot of the villains either died, quit, or, at the very least, got different costumes. One of the biggest stars of this villain overhaul was Dr. Octopus. Instead of a chubby guy with a bowl hair cut and goggles, we got a young, female, pink-haired Doctor Octopus. Well, she’s back!! Actually, this book is set in the past, so I guess I should say she’s STILL HERE!! After so many years and after reading so many comics, I had totally forgotten about all these alternate villains, and now that I’ve remembered them, I really wish they could’ve been brought back for the Beyond era over in Amazing Spider-Man. Storywise, we get a healthy blend of nostalgia, some pretty great strides deeper into this story, and a couple of surprises so surprising that you’ll probably pee a little, and that will also surprise you. 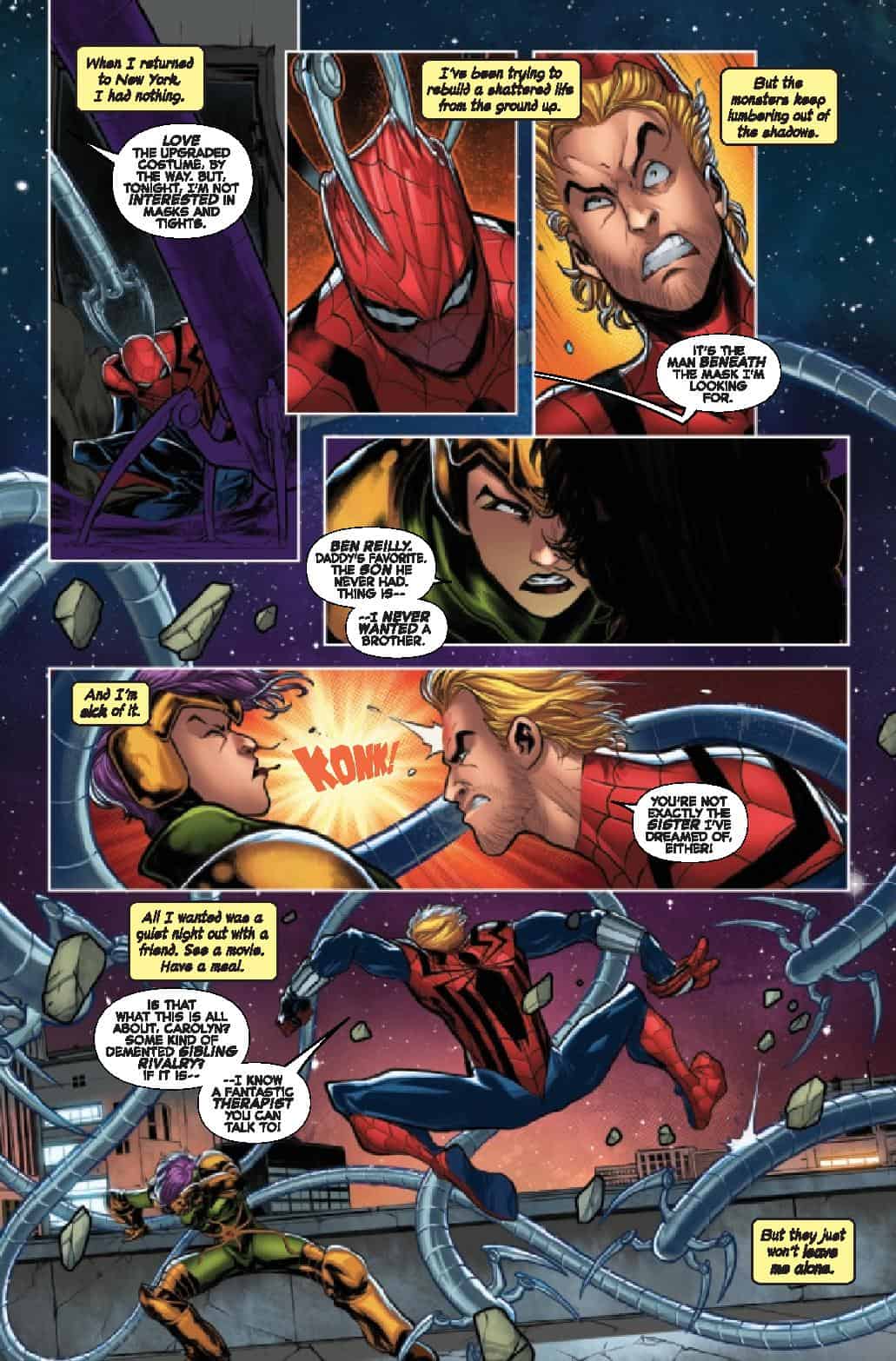 But again, putting this awesome book into “crazy awesome” territory is David Baldeon’s art. I’m telling you again, this man is has a rocket strapped to his back and he’s gonna blast off into “comic book celebrity” status really soon. Without colorist Israel Silva backing him up, this book is just fire. I really hope this gets the hardcover treatment because I need to see these pages blown up even bigger. Silva and Baldeon hit you with a 1-2 punch with art that both grabs your attention and makes you stick and stay on it for a while longer than you normally would when reading a comic. This is SUCH a good book!!

This issue measures up to the impossibly high standards that DeMatteis, Baldeon, Silva, and Caramagna have set since issue one hit the stands. Chock-full of great story, great art, great colors, and great letters!

Ben Reilly Spider-Man #3: I’m the Only One