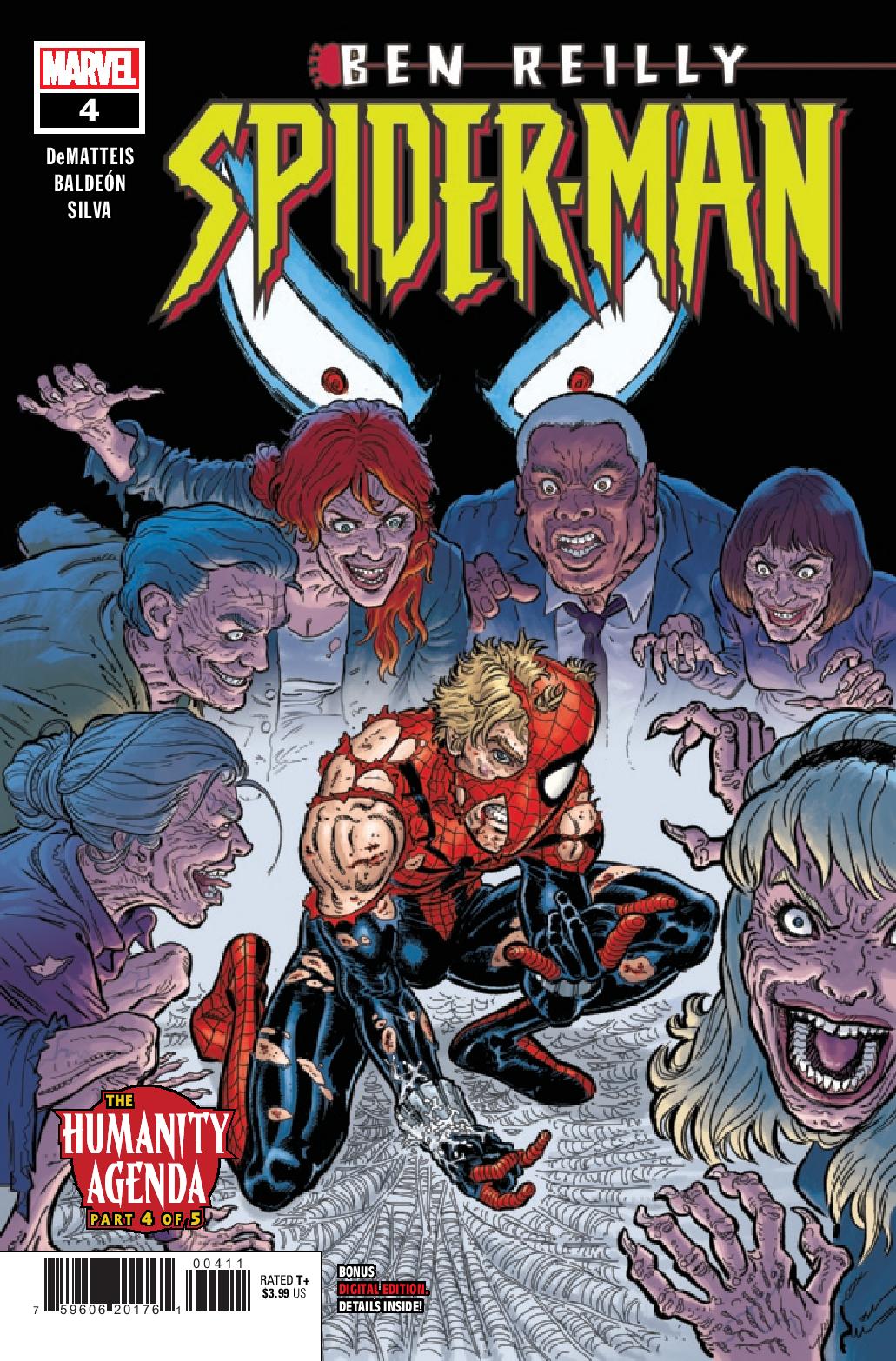 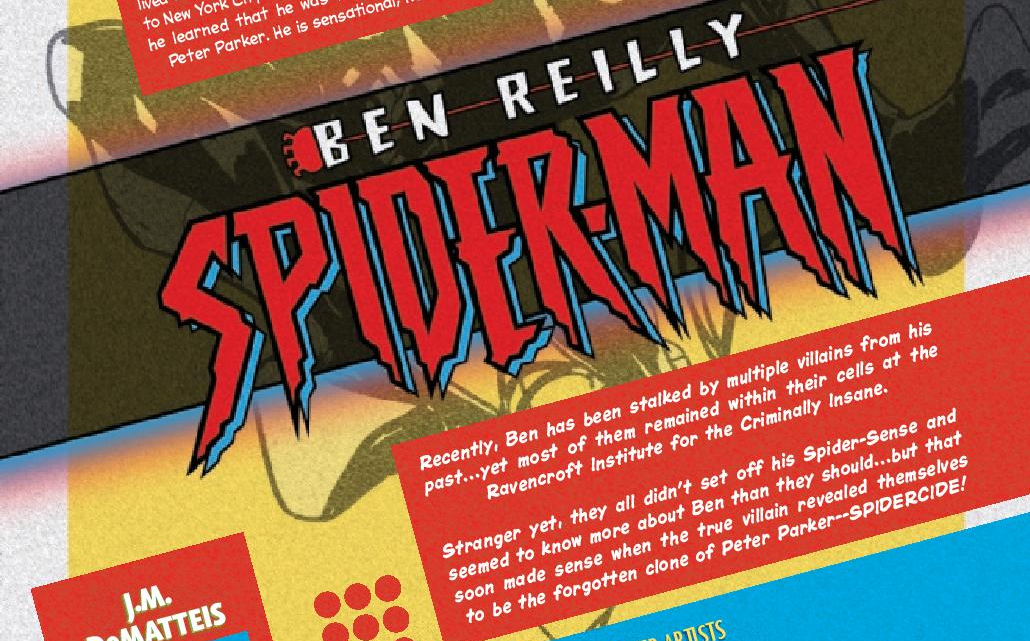 Have you ever forgotten one of your favorite comics? One that you read almost every day for a whole month until the next issue came out? Then one day you’re flipping through an old long box and BOOM there it is, and a deluge of memories come flooding back into your brain. You remember what was going on in your life during that time. The stuff you were watching on TV or the music that was on the radio. That’s what this book is like, only when you open that comic you love, it’s a whole new adventure inside. I hadn’t thought about the villain of this issue in, it’s safe to say, decades. I remember buying his action figure, I remember how cool I thought he was, and thanks to author JM DeMatteis, in this issue he’s even cooler than I remember. What’s so interesting is that in this series, Ben believes that HE’S the real Peter Parker, so there’s this who vibe when he’s delivering his inner thoughts and you’re thinking “yeah, buddy. That’s what you think!” It’s a very enjoyable and unique experience reading a book that you’re constantly trying to prove wrong from start to finish. I honestly couldn’t love this issue any more than I do, An amazing story, filled to the brim with everything you want. Even if you weren’t around during this books era, you’re gonna walk away satisfied. 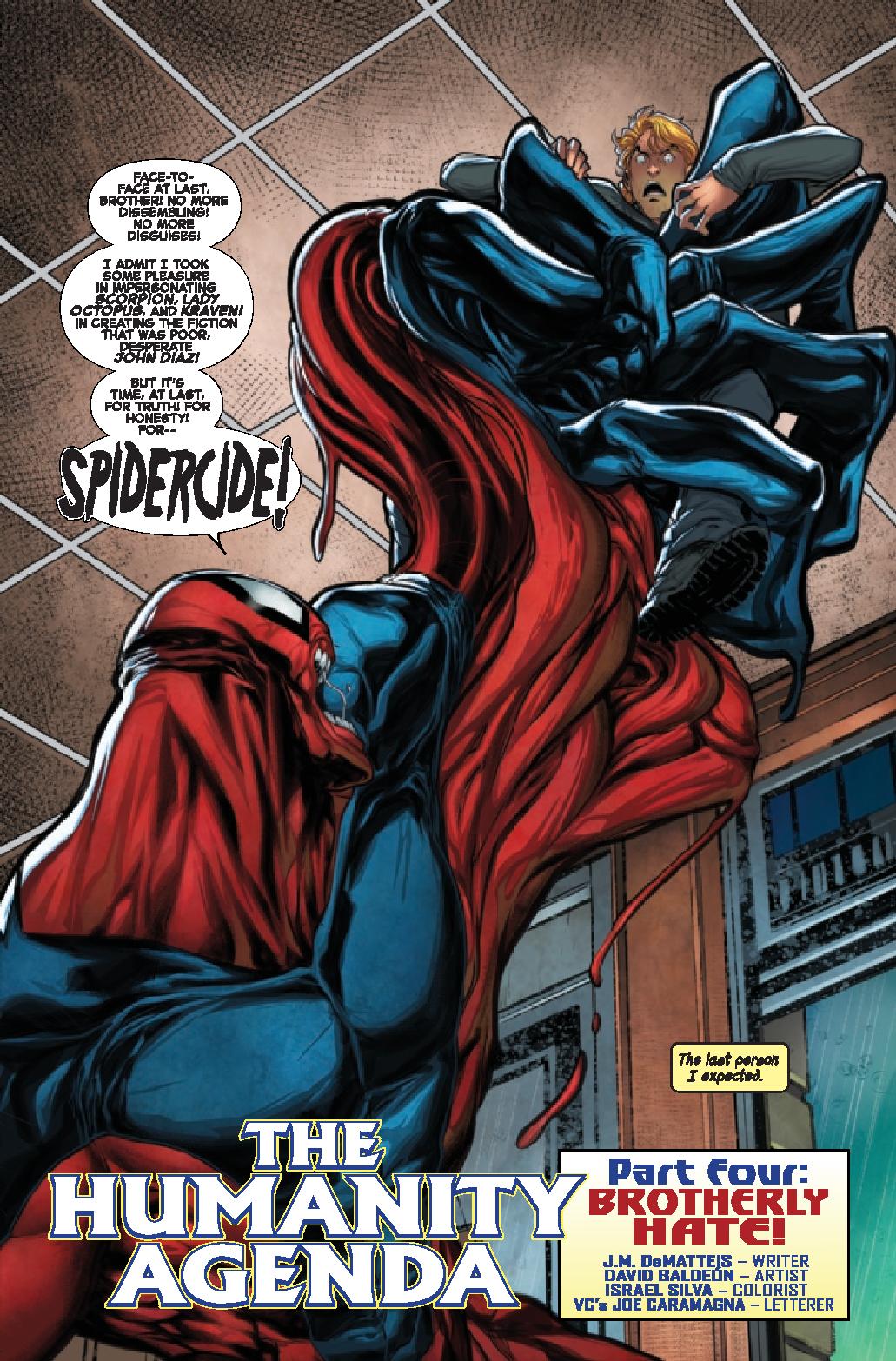 What’s four in a row? A streak? A run? Whatever it’s technically called, artist David Baldeon nails it for the fourth issue in a row. This issue has some very unique elements to it, almost all of them dealing with the villain. Baldeon takes a very different approach to him that the way he’s been portrayed in the past, and it works on every level. He’s an almost Venom-level threat, and Baldeon gets that across to the audience, and he also makes him even scarier, if that’s possible. One of the most impressive things about his art is that each issue has a noticeably different style than the last. He’s almost shifting his style to match the atmosphere that the villain puts off. Very impressive, and very effective!!

A hell of an issue! This is the kind of book that gets your heart beating faster and makes you forget to breathe when you're reading it. Some great payoff, and some great action in this book, highest recommendation possible!