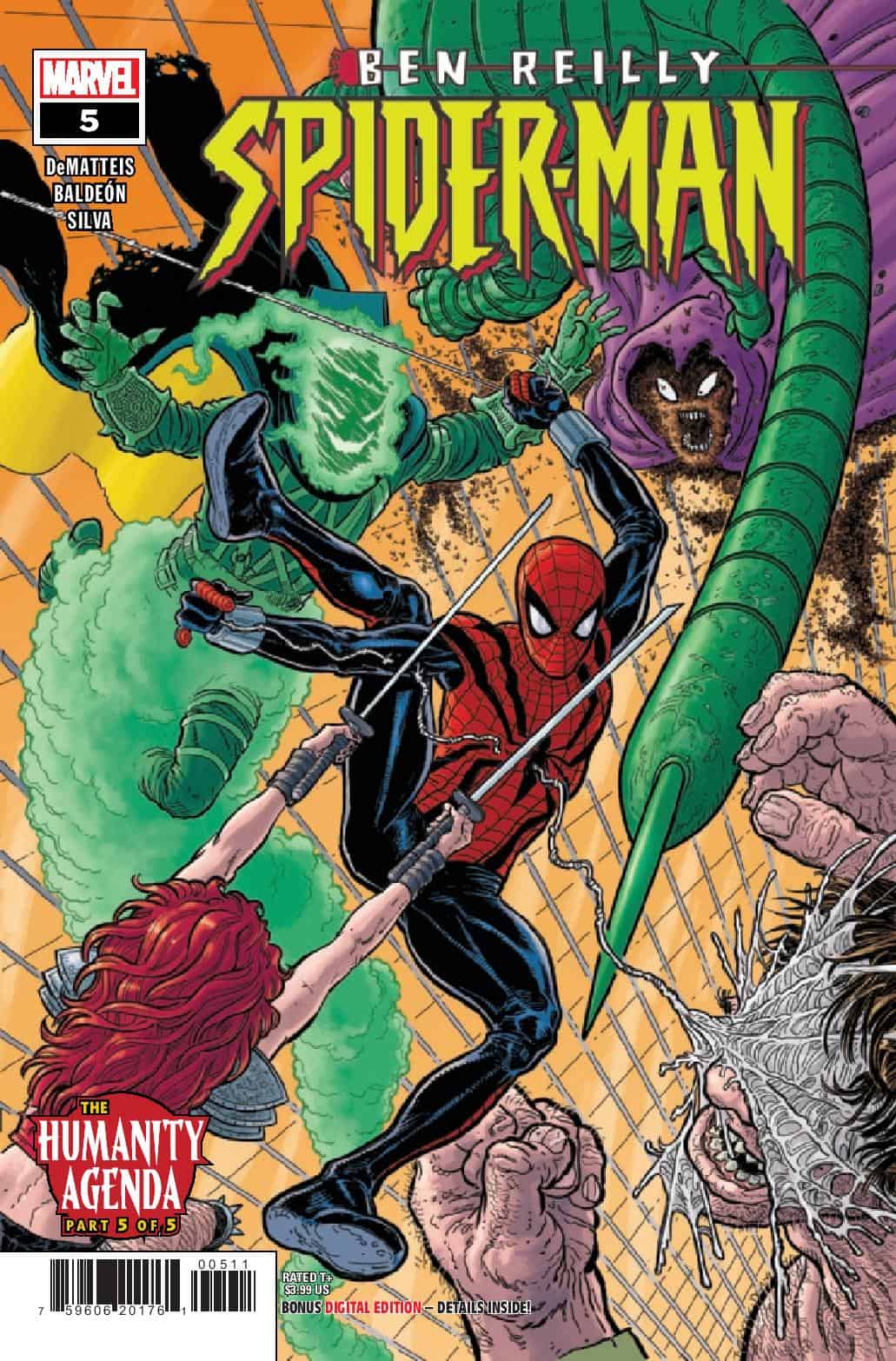 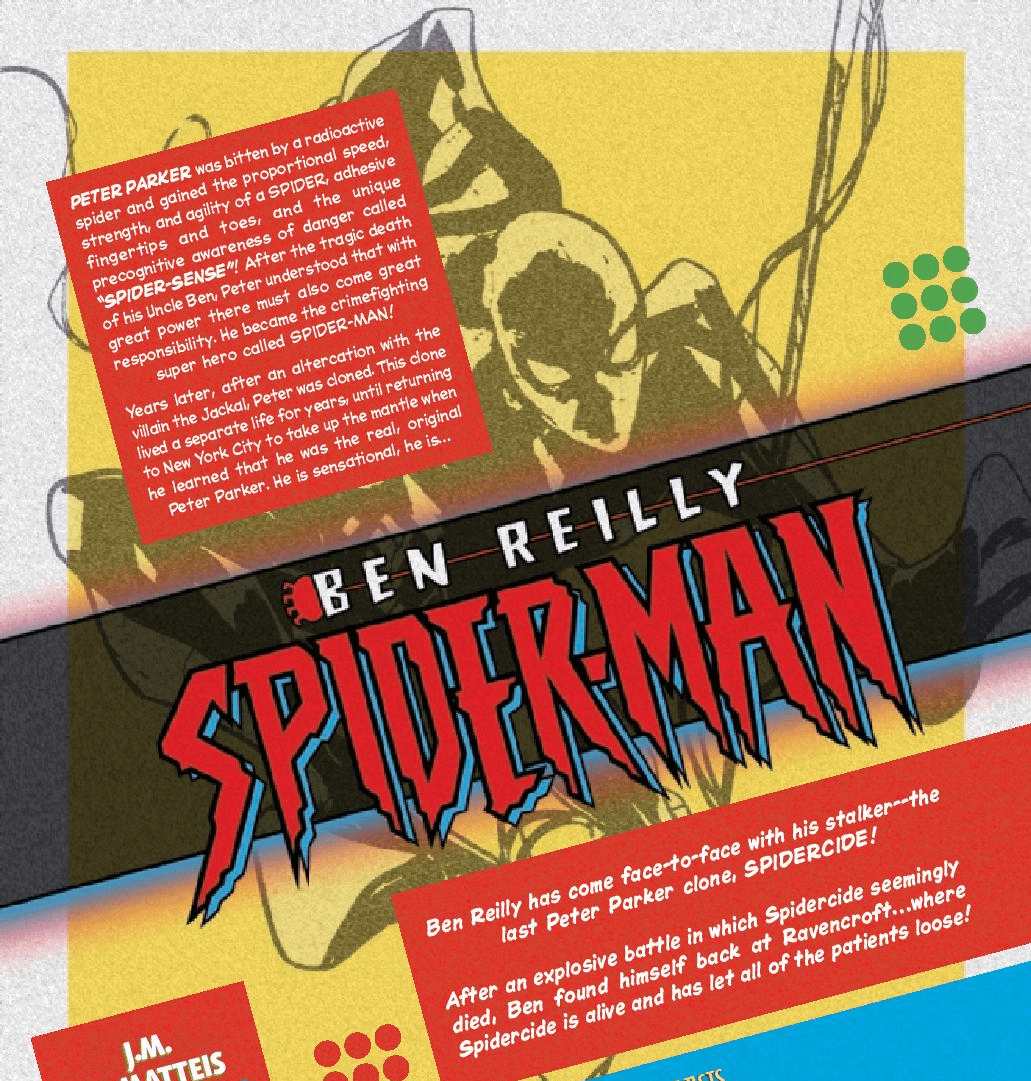 What says the 90s more than Ben Reilly Spider-Man? That’s an easy question with only one answer: Spider-Cide!! That’s right, the clone of Ben Reilly shows up for this final issue (sniff) and he’s gonna show Ben out in a body bag. Okay, so we know that’s not gonna happen, but author JM DeMatteis sure makes you think otherwise. He does what few comic writers can make the villain or threat so believable that you have to think “Well, maybe I’m wrong” about a story set in the past. But Spider-Cide is really just the tip of the iceberg when it comes to Ben’s problems. There is literally a whole prison’s worth of super-baddies on the loose and Ben’s the only one who can stop them. The story builds to a wonderful climax this issue and is resolved in a very satisfying way. There is SO much left lying on the table when it comes to this era in Ben’s life, it’s just begging to be further explored. I would love to revisit this time in his life every year, if not on an ongoing basis. He may be a clone, he may be flawed, but he’ll always be a hero in the eyes of a generation of readers who grew up with him. 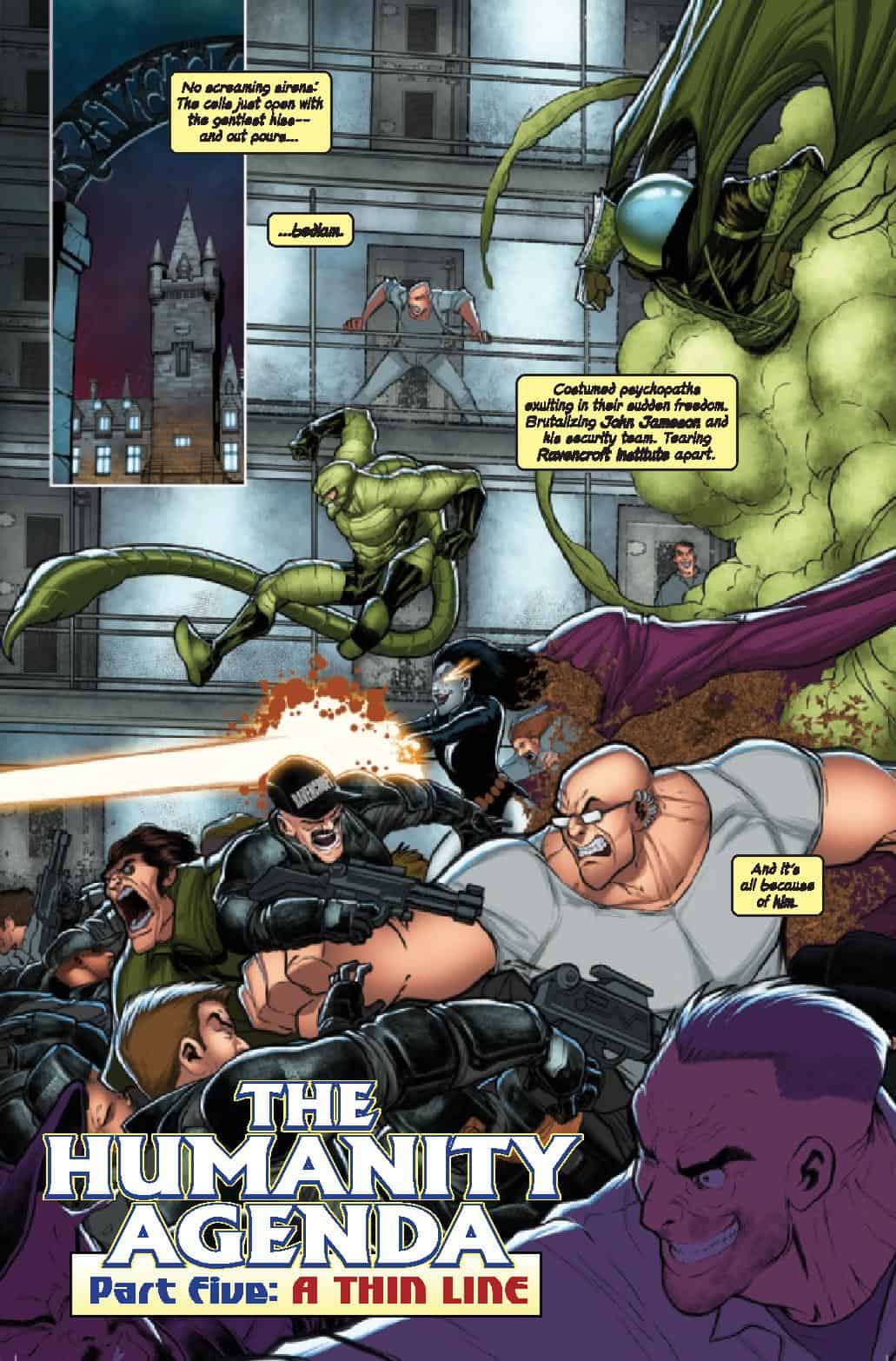 Artist David Baldeon proves this issue, and series, that he’s an unstoppable force that’s about to take on some really high-profile books and become the next “it” talent in comics today. From the actual first page to the last, he’s just on fire. It’s been a while since I’ve seen an artist that’s so consistently great, Wherever he goes next, you can count me on board.

Grab yourself a bottle of Pepsi Blue and a bag of 3D Doritos and pick this book up! You're gonna love this issue as much or more than you've loved the whole series. As the saying goes "don't cry because it's over, smile because it happened".