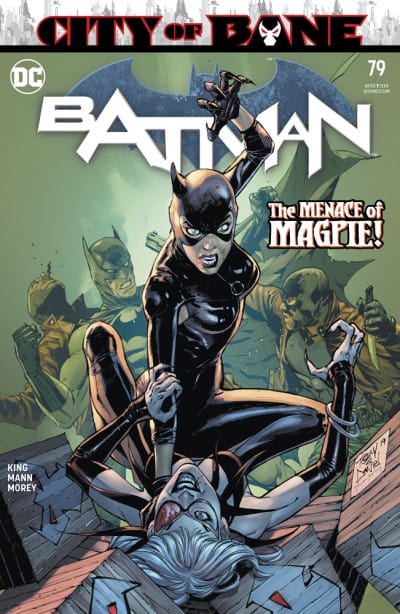 Selina and Batman relax on the beach and... that's about it, honestly.

Ok, so I lied. That’s not entirely all the is to the story. Some action is internal, and more quiet than a cocked gun. Quite a lot happens in this issue, but most of it only (for now) affects the two main characters. 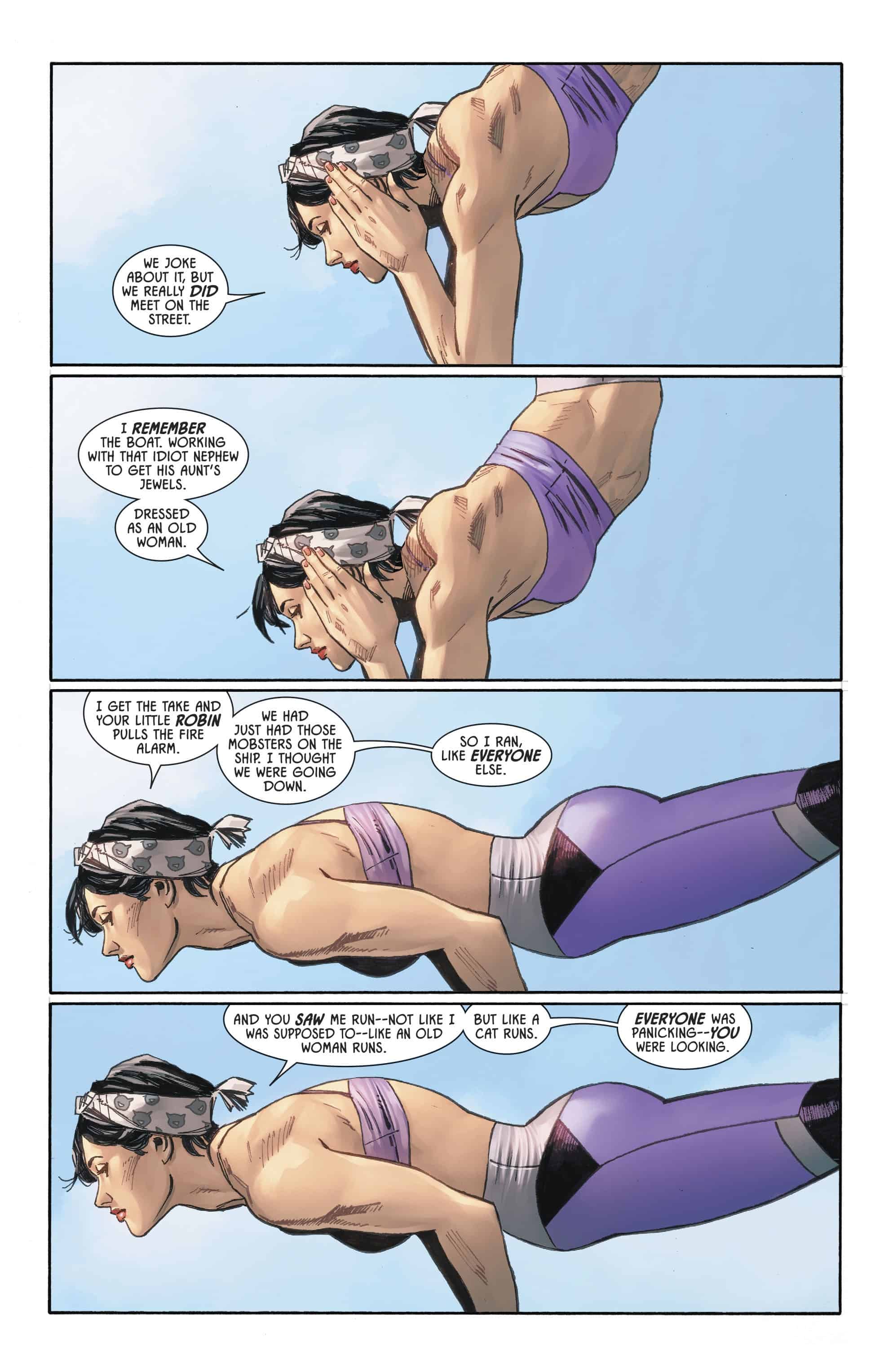 Batman and Catwoman have, it seems, totally reconciled themselves to each other. Not only that, but Batman (in his quiet, grunt-punctuated way) has reconciled himself to himself. After we get an answer to the question of where the infamous couple first met (hint: they were both right) we get to catch up on the other side of the Gotham story.

This issue was quiet, but the pacing was very nearly perfect. There was a sense of intimacy between these two characters which has been lacking until now. Very clearly, this is a set-up for Tom King’s upcoming series, but it worked on a level far beyond that. 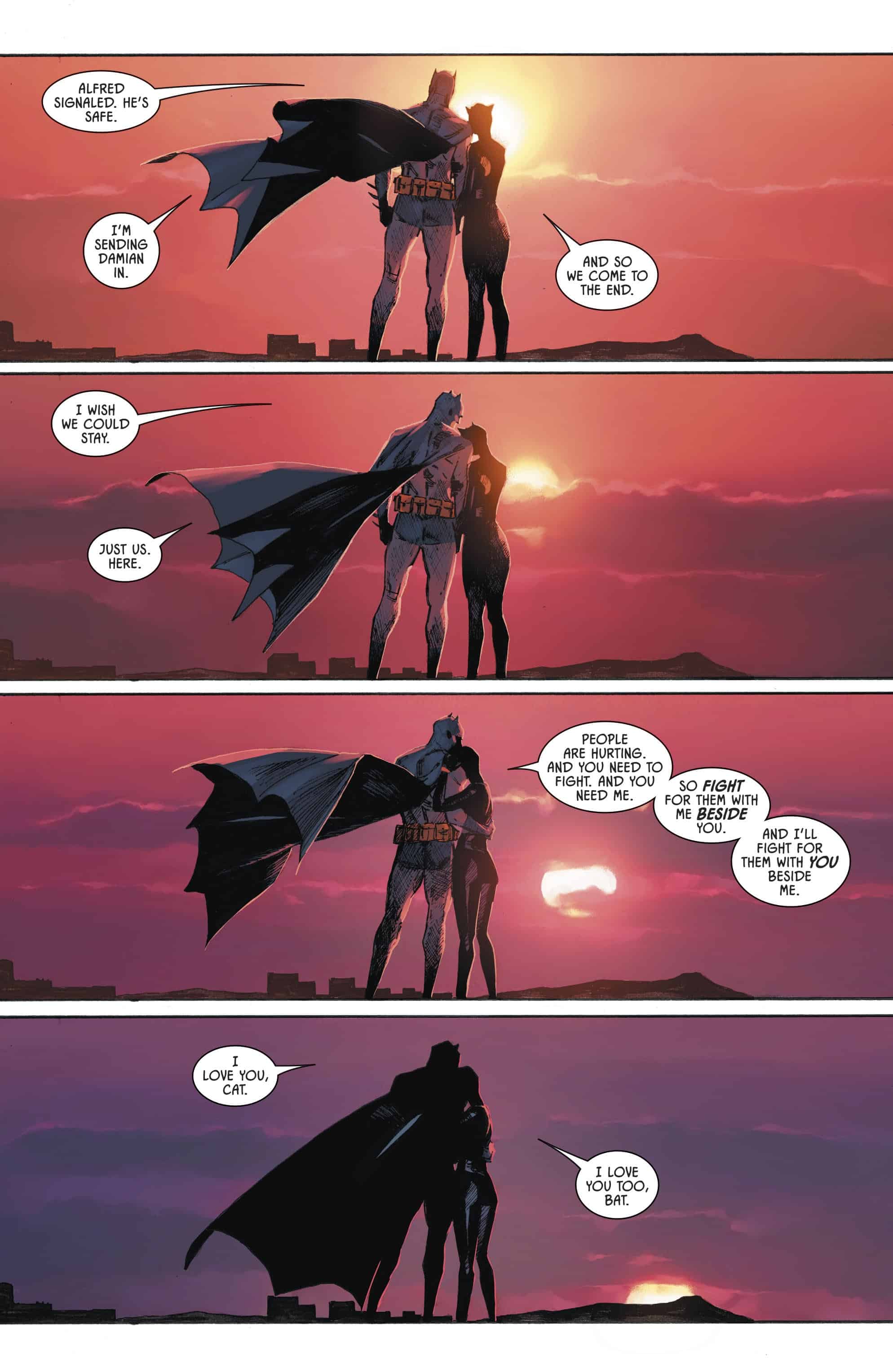 Of course, now that The Bat has found a new status quo, The Writer must find a way to shake him up again. The death of Alfred in the previous issue was all set to do that, but now that we know that Bruce was the one who sent Damien into Gotham, well, the revelation is going to open up a whole new level of guilt and pain for him to explore. All of this is terrible for the character, but we benefit as readers, so this is a move that I can’t help but praise to the heavens. 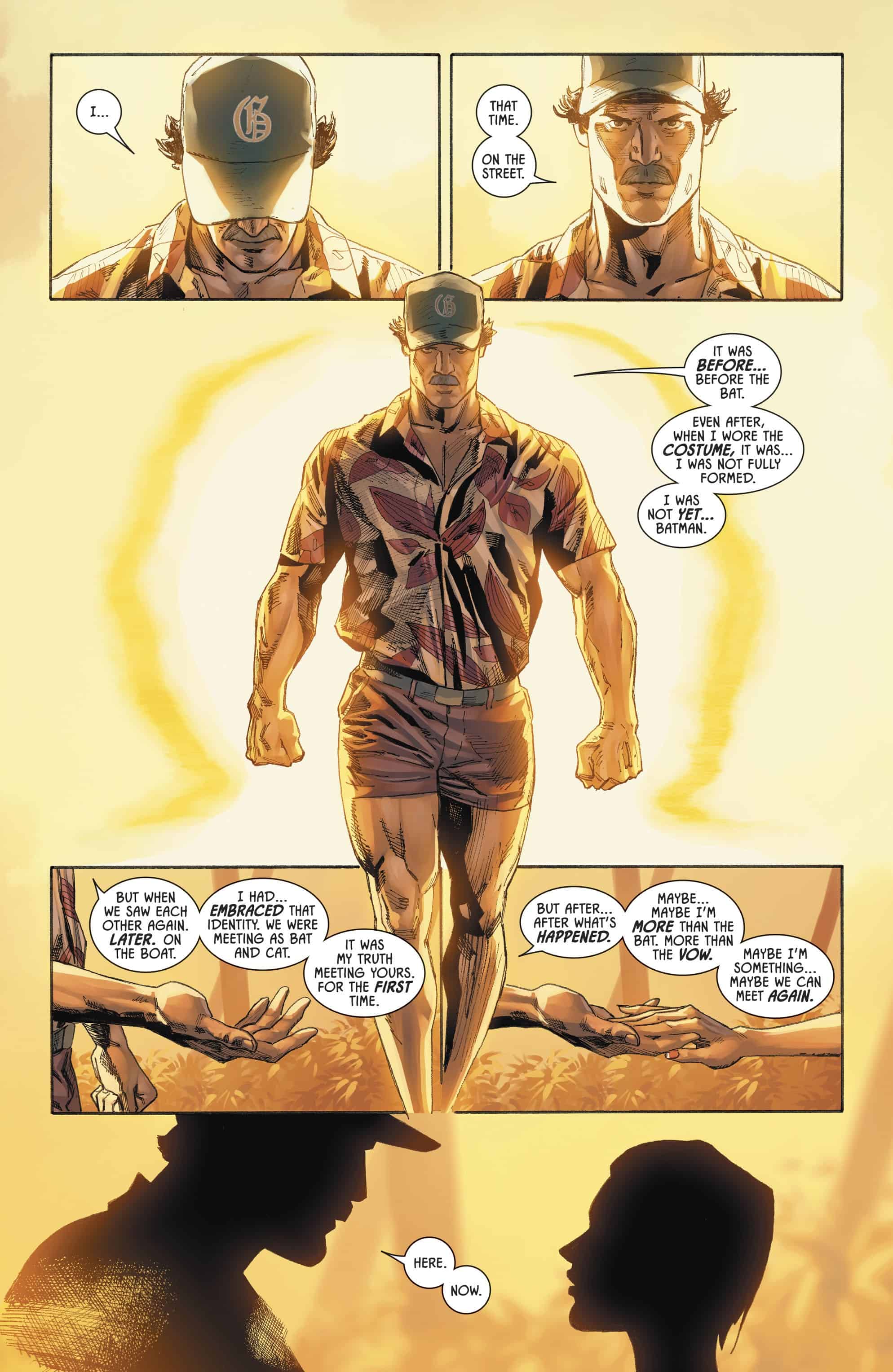 Once again, Clay & Seth Mann bring their A-games to the art. There’s a nuance, here, to expressions and body language which brings to mind the work of Alan Davis — though of course their styles could not otherwise be more different.

Regardless of anything else I might say, the denouement of this story line is going to be both intense and epic.

A quiet, but not uneventful interlude on a beach brings Batman to a new level of self-understanding — right before ripping the carpet right under his feet. This issue won't appeal to the folks who read primarily for the explosions, but it will be an important issue for just about everyone else.