Beyond the Breach #3: Disclosure 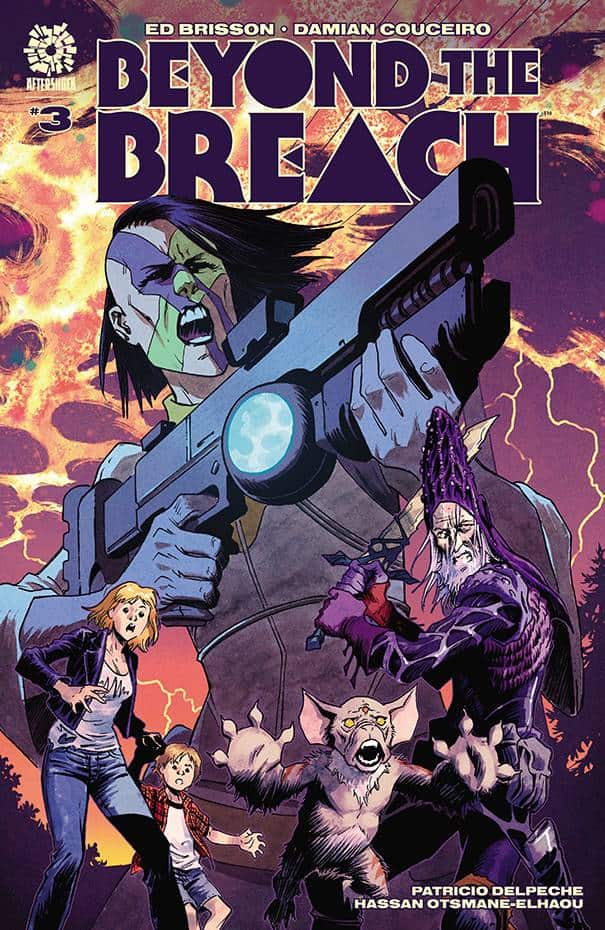 "It's a showdown in Garberville! Vanessa's new friend might just be an ultra-dimensional outlaw on the run, and now she's caught between him and those sent to hunt him down. If she hands him over, she'll never find out the secret of The Breach, but can she help someone who's re-sponsible for the deaths of thousands?"

Ed Brisson adds some delightful character and story elements with the third installment of Beyond the Breach. We have been thrown into this wild world (much like our main character Vanessa) of sci-fi/sword and sandals. Well, I guess technically in the story it was thrown into Vanessa’s world, but you get what I am saying. The Giant turtle/tortoise riding sci-fi/mage Samuel saved Vanessa and Dougie, but laser gun totting soldiers have come and say Samuel is not the nice old man that we think he is?

Brisson throws a nice little wrench into our story with this speculation about Samuel. It adds a little element of distrust that is a wonderful plot point to keep us the readers on their toes.  It does get sort of resolved in this issue but, it is still an interesting element added to all of this. He puts this little thought into our heads and our main characters Vanessa if she can really trust this guy?  Great pace change for the third issue as well. Brisson slows the story down by a lot in this issue. He builds up some fantastic tension while also, developing the character Samuel superbly well in one issue.

Beyond the Breach #3 slower tempo helps sets the stage going forward. There are some surprising story developments and makes you like our protagonist Vanessa more and more. Brisson writes her with a great sensibility, with some gruffness and charm. The third issue also sets up our road trip story and what a crew with Samuel, Vanessa, Dougie and Kai. Brisson nails the tone of the series perfectly too. Great sense of fun and excitement, it is serous yet has a nice wink/nudge aspect to it as well that lets you know it is not taking itself too seriously. It is a fine line to play if it is just silly for silly sake it is hard to have any stakes or to really care, but Brisson lets you take the story seriously, but also have a ton of fun at the same time! 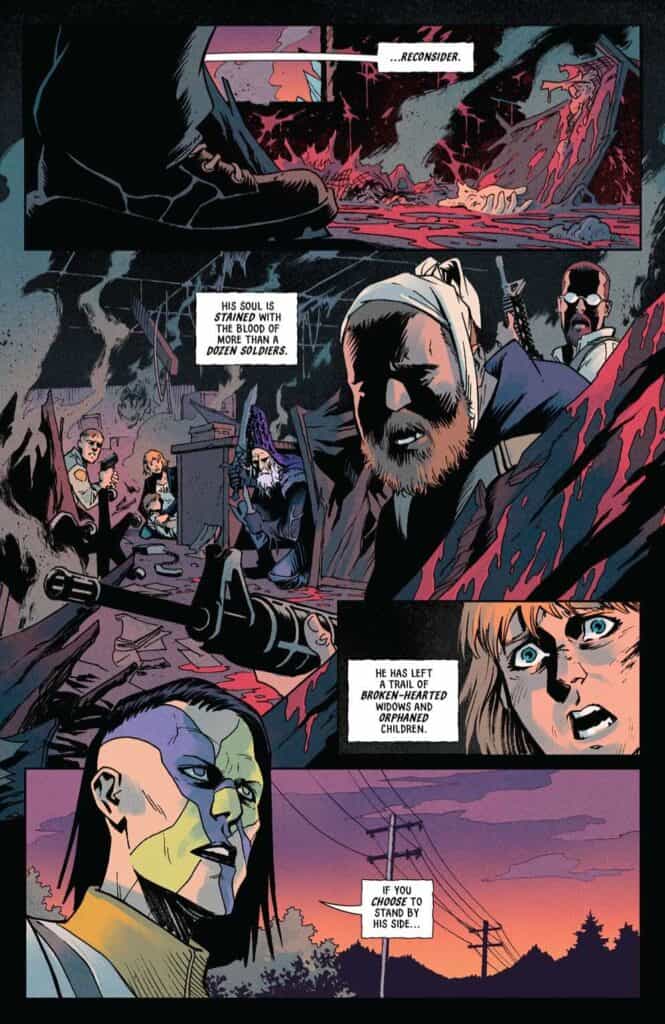 Damian Couceiro continues to crush it in the art department in Beyond the Breach #3. That Sci-fi/Fantasy vibe is expertly captured by him. He mixes and matches the science fiction and sword and sandal design with the characters and creatures perfectly. It is a wonderful mesh of the two looks.  The aesthetics of the book are perfect for that 80’s adventure movie feel.

I love Courceiro’s character designs; each person has a wonderful individual feel and look to them. Plus he is having a ton of fun building this weird combined world. Fantastic creature and weapons designs, he also draws a killer giant tortoise. The little Kai creature draws me in most he is cute but scary a perfect little companion for the story. It also reminds me of my favorite Mystery Science Theatre episode Hobgoblins!

Beyond the Breach #3 has a wonderful “darkness” to it that is captured by colorist Patricio Delpeche. The coloring changes the mood and tone of the story superbly well. I love how Delpeche captures the overall tone of the series with his coloring work. Great lettering work by Hassan Otsmane-Elhaou, there is a lot of talking and action going on in this issue and it is all set and placed well.

Beyond the Breach keeps getting better and better with every issue. Brisson continues to build up this wild world superbly well with some fantastic characters and exciting story, while the art team of Damian Courceiro and Patricio Delpeche deliver spectacular visuals throughout the issue. If you are looking for a comic that is wildly entertaining then look no further.

Beyond the Breach #3: Disclosure