PREPARE FOR THE BIZARRE! To celebrate Marvel’s 80th we’re resurrecting one of its wildest creations, BIZARRE ADVENTURES! Within these pages you will see Shang-Chi take on a martial arts master, Ulysses Bloodstone battle a master of the dark arts, Dracula meet his match, and the Marvel debut of Achewood’s Chris Onstad! These adventures will be thrilling, exciting and most definitely BIZARRE!

Ulysses Bloodstone in “The Star-Spawned Sorcerer”

The first of four stories in Bizarre Adventures features the immortal warrior Ulysses Bloodstone in a bloodlusted revenge-fueled spree against the dark sorcerer that took so much of the life he once loved. Kicking off the horror anthology with an action-packed sword and sorcery tale was honestly a great idea. The Star-Spawned Sorcerer might not be the most horrific of the bunch, but it delves into a fundamental aspect of all the best horror stories… 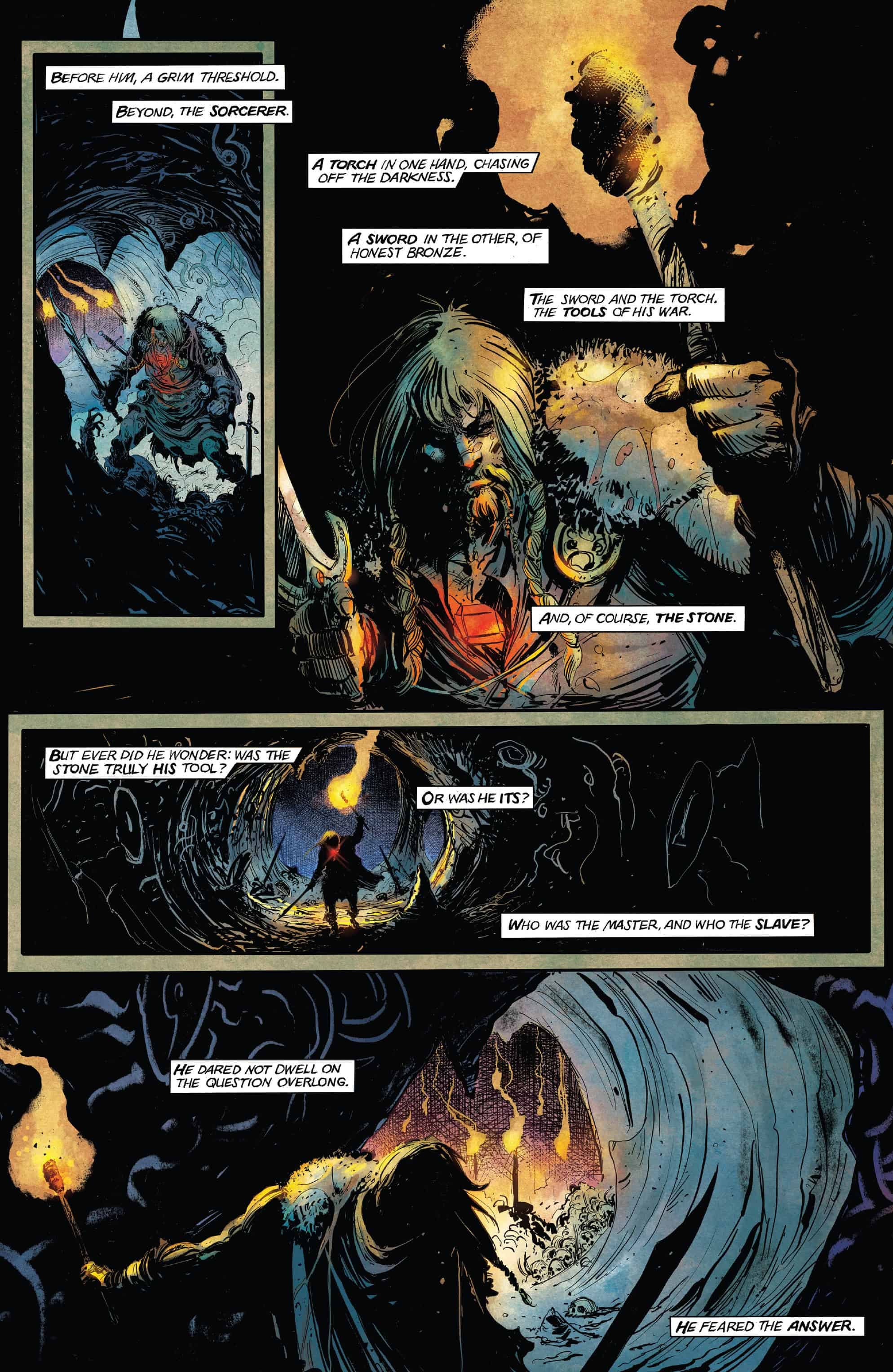 In the loss of fear, we see Ulysses conquer the dark sorcerer and force himself back on the path of continued life to face the “war” once again. As far as Halloween reading goes, this is quality content. The visuals are simply stunning. The sketchy impression from the artwork mixed with a dark palette of colors that pops in all the right places makes the short story worthwhile. We leave Ulysses much like we came to know him, on a long-lasting journey to root out the oppressive forces of evil and leave them just like he left the dark sorcerer…beheaded. This is the story that will pull you in and keep you reading, just to see if what comes next is as good as this.

Shang Chi: The Master of Kung Fu in “The Lesson”

This is the story that is much more bizarre than any sort of horror. Featuring Shang Chi going up against a rather stoic opponent in what seems to be an annual challenge, we find the two martial artists fighting across an abandoned city in China all through the night and into the early morning. It’s another action-packed story that keeps the pacing brisk, which is enjoyable. However, it is just a sparring session so the consequences never really hit a point to get you invested as a reader.

“The Lesson” is a fun story that is exciting if not just for the cool martial arts action that is featured on nearly every page. It’s a bizarre story due to the spectacle of the visuals alone, so it’s well worth reading. But considering the nature of the other stories involved, it did feel a bit out of place.

This story represents the crème de la crème of Bizarre Adventures. It’s featured on the cover for very good reason, because it is a touching story rooted in horror that will leave you wishing there was more to be had. As we recount old memories with Dracula just before the second world war, we are taken on a suave yet dangerous tale of seduction that quickly spirals out of control into an all out brawl with Vampires, Werewolves and none other than a Van Helsing.

What more could you want, really? 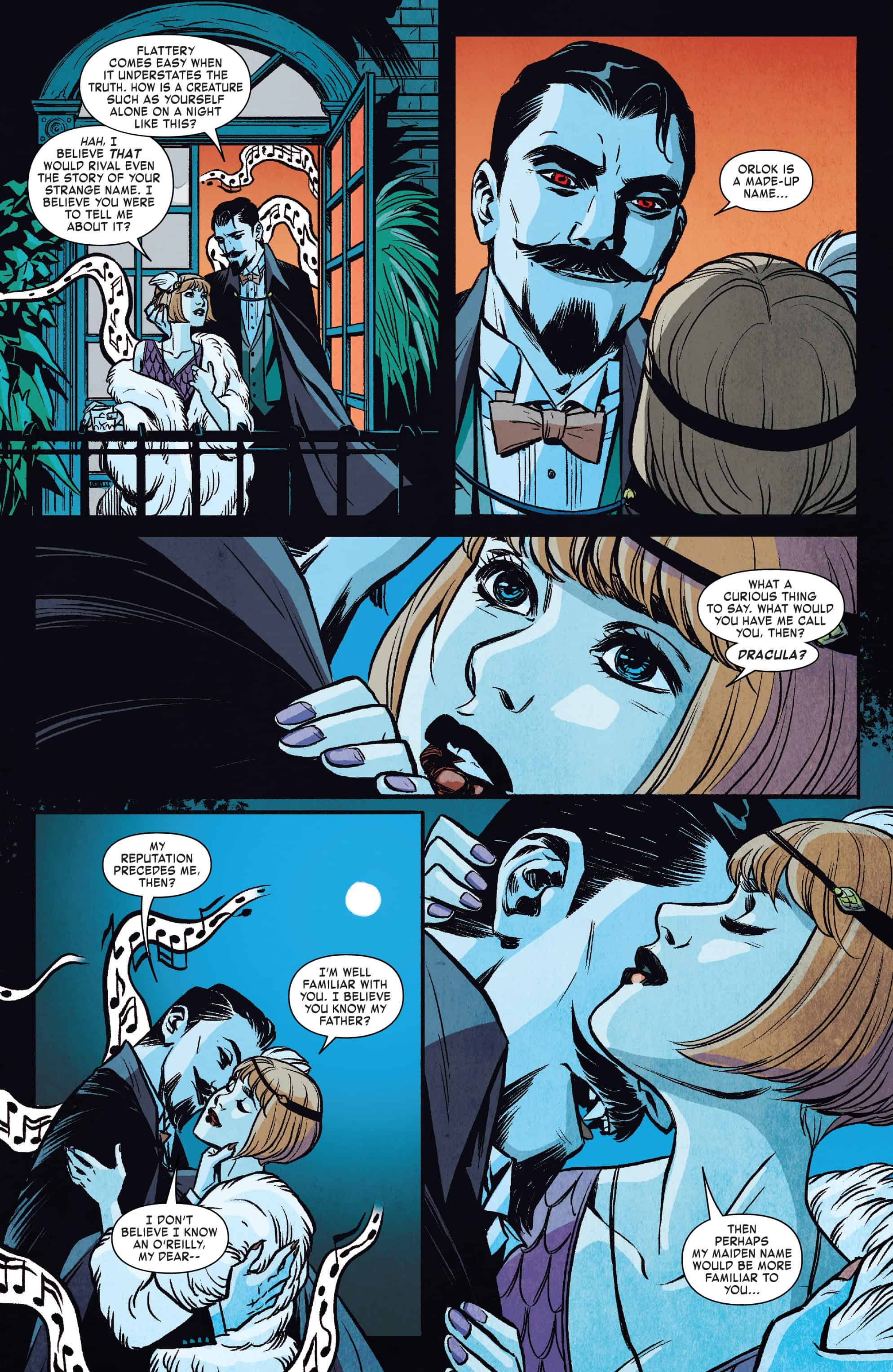 The artwork helps this story to stand out among the many stories involving Vampires and Werewolves with a unique aesthetic that is hard to pinpoint exactly. The use of heavy blacks in the colors works remarkably well given the sometimes cartoonish character work. The result is a hauntingly tragic Halloween story for the ages. When I put this book down, this is the story that I immediately had to go tell people about. This creative team should be given a Dracula spinoff series, it’s just that good.

Black Goliath in “How Does He Do It?”

Our final story featuring Black Goliath is short and whimsical, drawing on the bizarre in a way you really wouldn’t ever guess. This story feels like it is torn from the pages of DC’s Young Animal imprint with it’s loony yet strangely dark tale. Black Goliath is essentially just showing off on a TV show, but we get glimpses into how his power works by seeing the cruel fate of a society of aliens from another dimension. It’s wacky, but it has a dark twist.

“How Does He Do It” ends rather abruptly, but that might work in the story’s favor because this isn’t really a character you want to spend a lot of time with. His unappealing nature isn’t coincidence though, because it adds another layer that offsets the terror his powers cause giving credence to the notion that even the slightest of actions can have the most devastating of consequences.

Bizarre Adventures #1 proves to be an instant classic with four remarkably different tales that takes reader's to some dark and strange places filled with wild visuals.