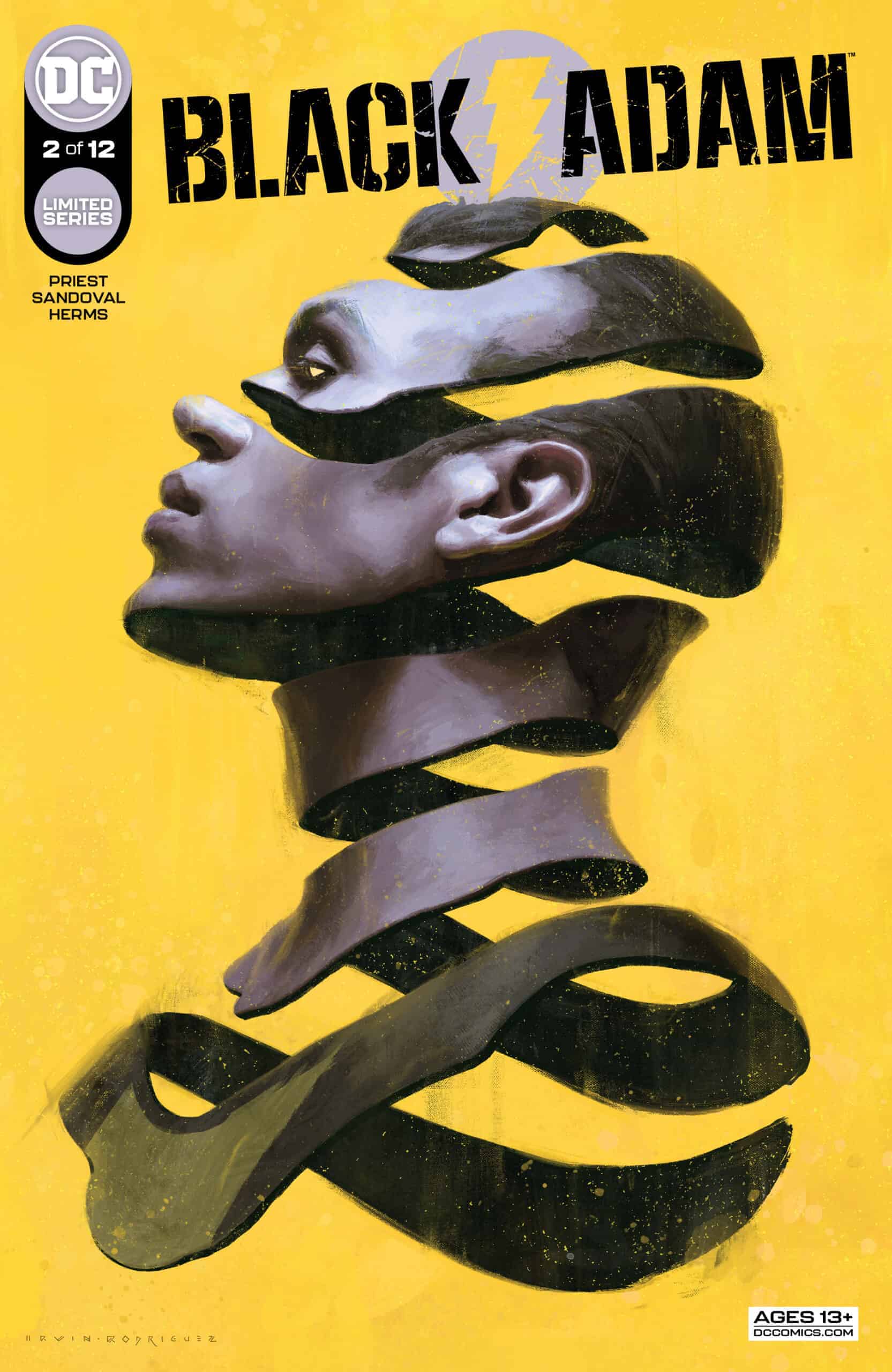 “I am not a hero, I’m a god.” Who is Black Adam? His power and his very life draining from him, Theo Teth-Adam is confronted by a specter from his past haunting him with the treachery he employed to gain his powers and forcing him to confront an inescapable truth: there is no redemption for Black Adam.

Black Adam #1 came with all the moving parts longtime readers would expect from veteran scribe Christopher Priest. Priest, along with artist Rafa Sandoval, continued to flesh out the titular antihero’s mythos and extended cast in this week’s second issue. Perhaps more importantly, it continues young Malik White’s development as a secondary (primary?) protagonist and drives forward the Black Adam’s plot.

To begin, Priest adds Chuck, a CIA agent with history in Kahndaq, to a supporting cast already including med student White and diplomat Shep. The author adds some of the non-linear flair that made his fifty-issue run on Deathstroke so engrossing to explain Black Adam’s current affliction; a figure from a secret past has come to collect on the power imbued to Teth-Adam thousands of years ago.

In the present, as was the case at the end of issue #1, Adam is dying and has called Malik to his side. When the New Yorker finds out that he is not here to save Black Adam but to succeed him as his recently (last issue) discovered heir, he is understandably stupefied. Black Adam, however, takes drastic measures to enact his plan of succession, leaving the fates of himself, Malik, and all of Kahndaq hanging in the balance.

Though Priest has fulfilled the essential function of serialized media, to leave the audience wanting more, he has left himself with quite a bit to do over the next ten issues. Black Adam’s true origin and Malik’s role in his future will be paramount to the plotline’s success, but the latter also needs plenty of work in terms of characterization. So far, the readers do not get much more than brash wittiness from Malik, fish-out-of-water though he is. The newbie will need more than that to stand out even from other legacy characters like Damien Wayne or Bart Allen, let alone the entire DC Universe.

For his part, Sandoval hits all of his notes, crafting a visually beautiful if not action-packed comic. With his balance between realism and comic book conventions, it is not hard to tell why the company has relied on Sandoval for major titles like Green Lantern and The Flash before. Wherever Priest takes the story narratively, Sandoval will make sure readers have a title worth looking at.

Christopher Priest takes some big narrative gambles in Black Adam #2, ones that will have readers checking for the release date of the maxi-series’ third issue.  If the author’s decisions have some readers apprehensive about the future of Black Adam, they can take solace in the fact that his sprawling Deathstroke run is one of the best antihero tales ever told.  Through two issues, Black Adam is no guarantee for similar results, but has planted the seeds for what should be a memorable story.