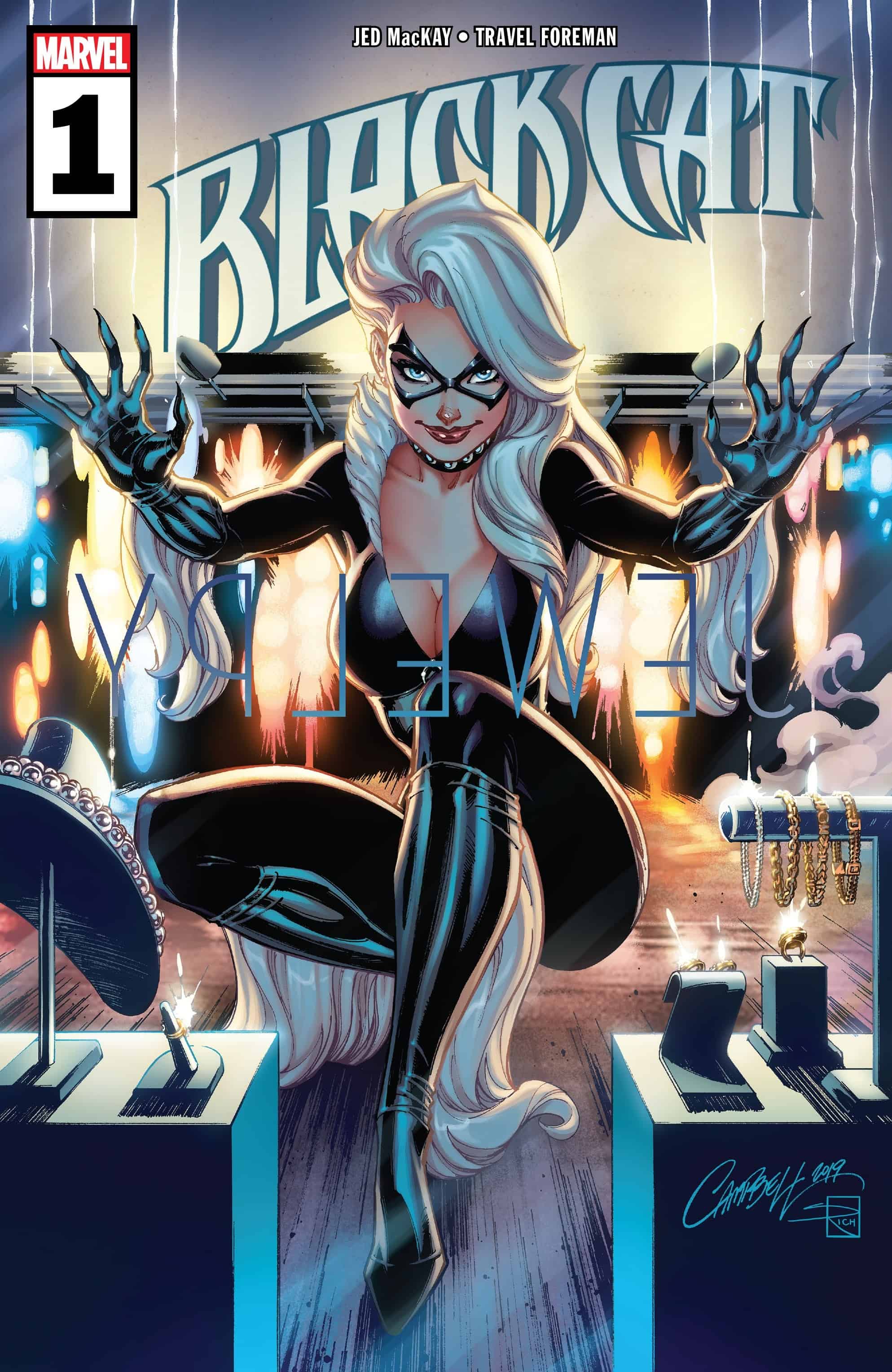 The Black Cat is back and starring in her first ever ongoing series! Felicia Hardy has a taste for the finer things in life and a certain set of skills that can get her into any mansion, vault or museum to…procure said finer things. But due to her actions in AMAZING SPIDER-MAN, Felicia’s not only on the run from the police but also by the New York Theives Guild and their boss ODESSA DRAKE! High-octane heists, climactic chases and twist after twist that will keep you on the edge of your seat like a cat on a perch. IN THIS ISSUE: Find out a secret from Cat’s past in a bonus story that sets a foundation for the future! All this and an all-new MARVEL MEOW short story by Nao Fuji!

Black Cat’s first issue in her very first ongoing series turns out to be a fun and lighthearted story that sets the stage for an exciting future with a lot of potential. 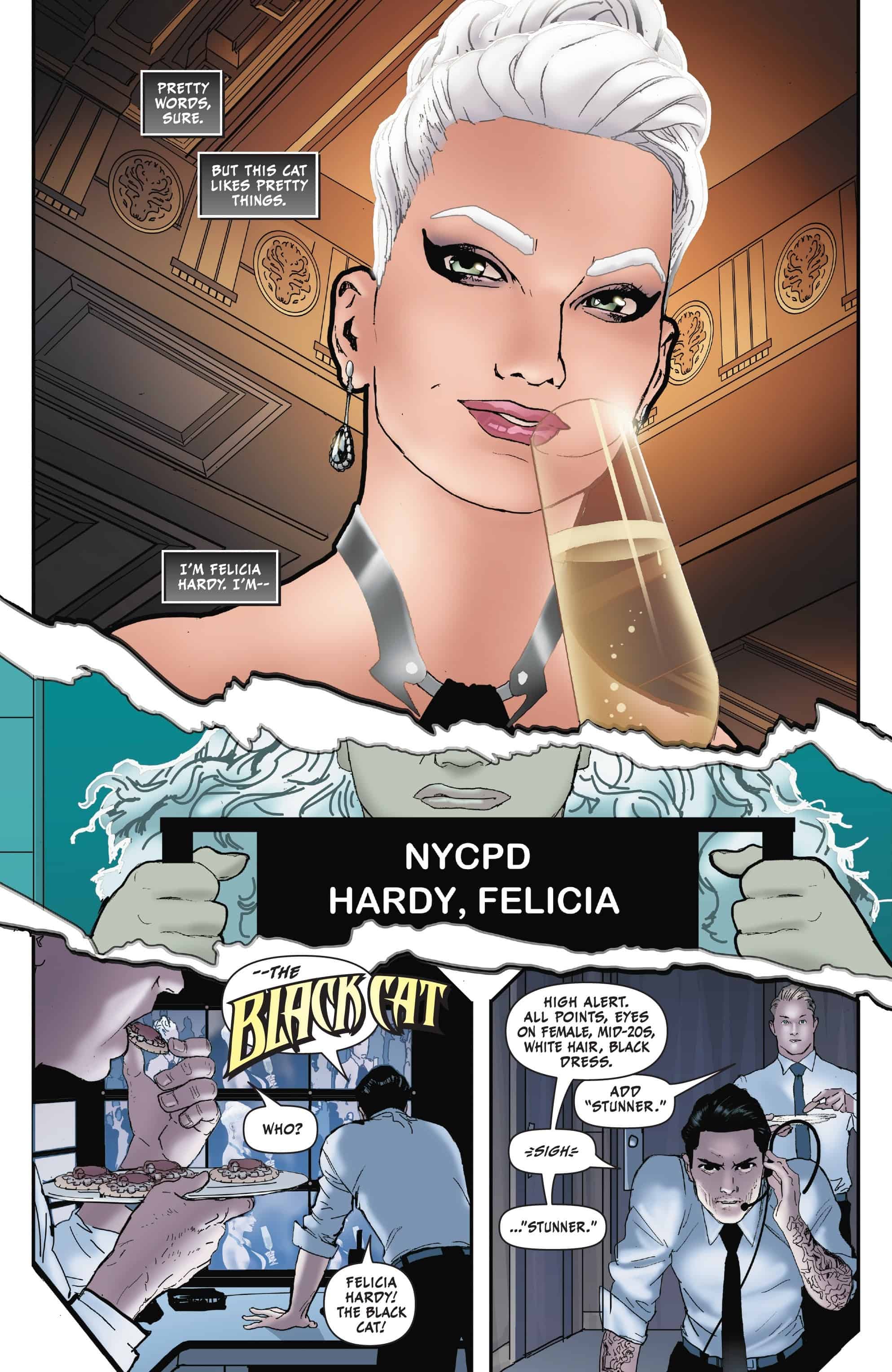 While Black Cat #1 isn’t a groundbreaking comic by any means, it is unreal to expect every issue to attempt to reinvent the wheel. What we get in this first issue is a fun heist story with quality action and a solid nod to current continuity, bringing Felicia Hardy into the forefront with an easily accessible story. It’s a solid book overall.

As far as number one issues go, there have certainly been much worse. Black Cat #1 struggles to get going initially due to a lack of stakes, but Hardy’s nonchalant charisma steals the spotlight and keeps you turning the pages. She owns the issue in a unique way, and while the whole series cannot rely on her appeal alone, I’ll take this one as a win. The cliffhanger ending promises to bring the consequences and turn this story into something really interesting. With just a bit of patience, we will see if this will prove to be a worthwhile investment.

The artwork has moments of brilliance, but it also stumbles occasionally with general anatomy. It isn’t enough to ruin the issue by any means, but it does become noticeable. Luckily, there are plenty of truly awesome panels to prove this creative team’s ability to deliver a quality book. Hopefully things tighten up as the series finds its groove in the future.

On top of the main story, we also get a couple of shorts at the end featuring both Black Cat and The Black Fox. Hardy’s cutsie story is a perfect addition to the issue, showcasing the character’s potential with yet another fun heist only this time in a totally different tone. Black Fox’s story about robbing Dracula blind isn’t quite as good, but it doesn’t detract from anything either. Fans of the character may enjoy it more than I did.

Now that Black Cat #1 is in the books, the future for the character looks brighter than ever! On to issue #2!

For what it is, Black Cat #1 is a fun and entertaining heist story that promises to only get better. And I hope it does, because the series can't rely on Felicia Hardy's unique charm and charisma for too long!