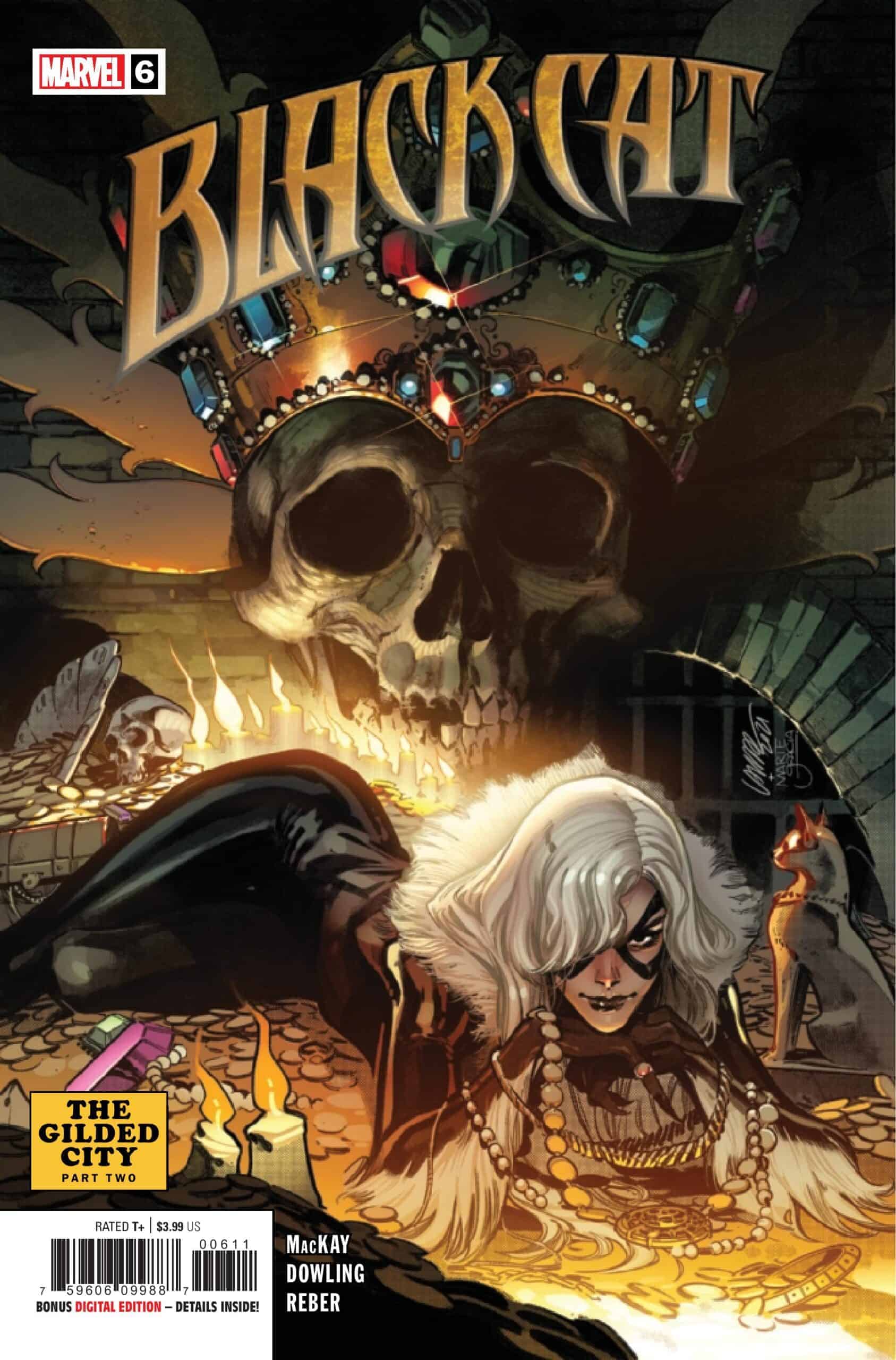 The next chapter in The Gilded City unfolds in BLACK CAT #6 as Felicia and her crew, working with Black Fox, have stolen all kinds of items from the ends of the Marvel U. But why? You’ll only find that plan here as there is zero chance you’ve guessed it already!

Part two of the Black Cat and Black Fox’s plot to save Fox’s life from the deity that grants the Thieves Guild leadership with immortality, and in usual Fox fashion, he double crosses Cat. Jed Mackay has become one of Marvel’s newest rising star writers, doing the Infinity Stones storyline taking place in several Annuals this year, but he’s also been tapped to launch the new Moon Knight book coming in July, so I’m hoping Marvel will have the good sense to start pushing this book, because it’s a consistently good read every month. Jed’s take on Felicia and her crew is very tongue-in-cheek, and she doesn’t take herself too seriously, which is exactly what this character needs. 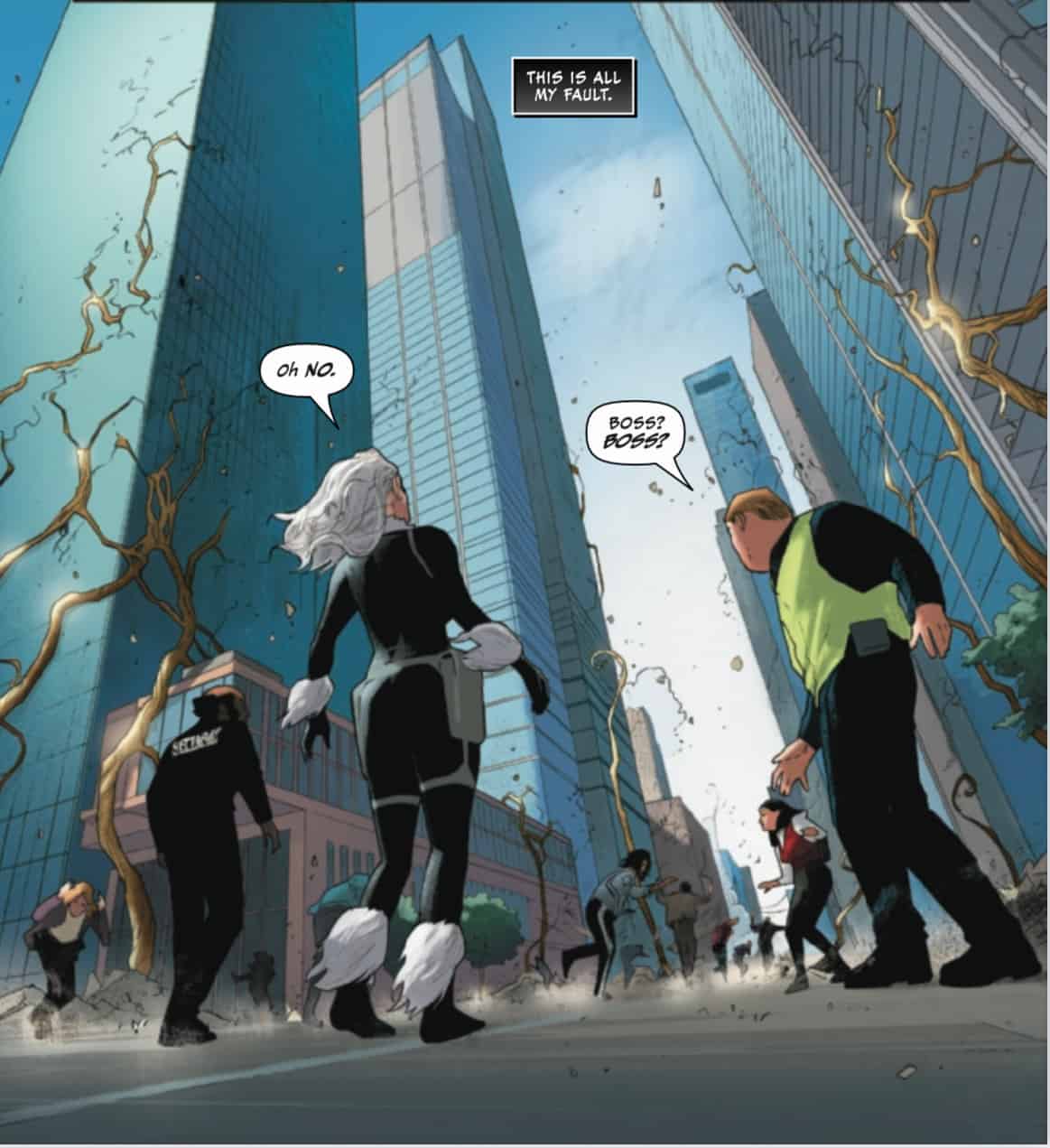 Sure, Jed gives us some gravitas with Felicia’s relationship with the Fox, both in the past and present, but it’s a very light hearted series, and reminds me why comics can be fun. Felicia’s bumbling goons are a blast to read, as is her animosity towards the Thieves Guild Queen, Odessa, because Odessa comes off as very bad ass. I don’t know if you’re a fan of any of the titles I review, but if you are, hopefully you’ll have noticed that I really, truly enjoy books with a strong female lead, and Jed is giving us that with this book. 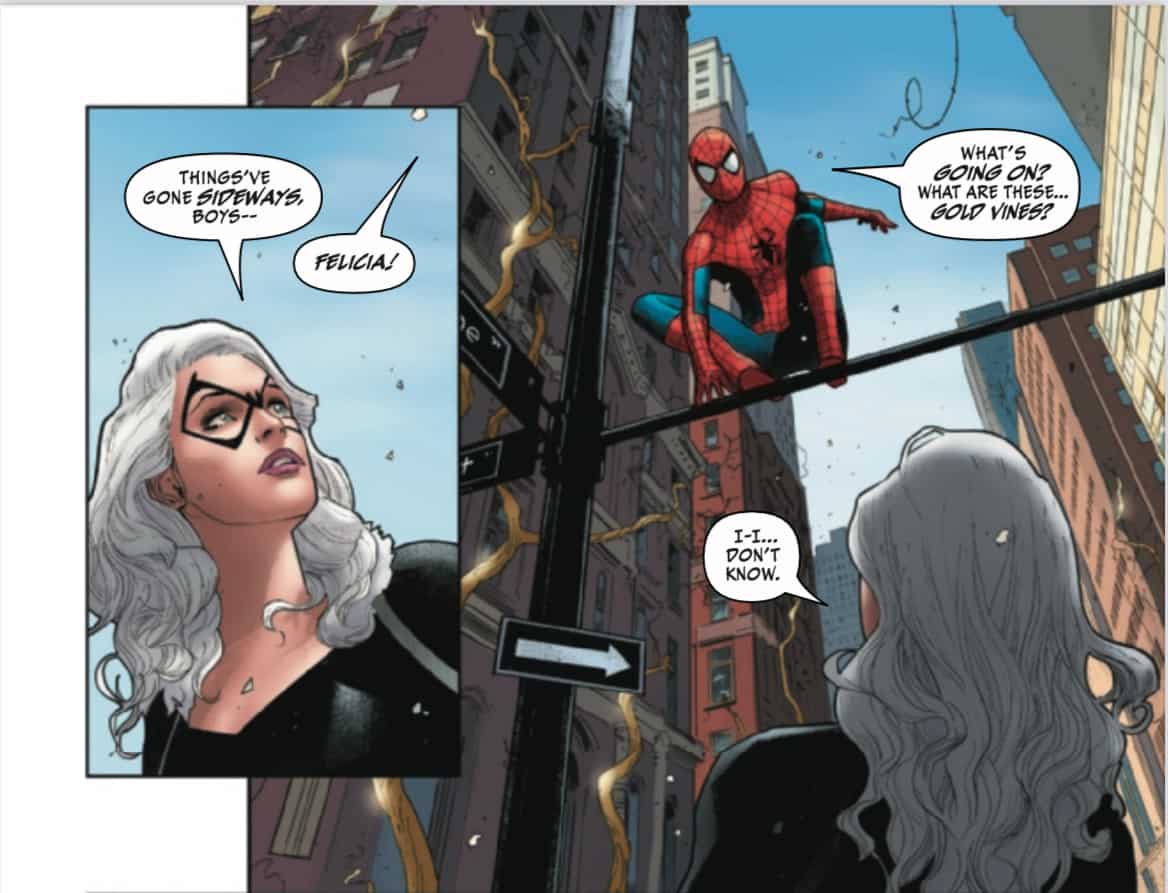 The story sets up this sticky situation that’s going to have some emotional resonance, because what the Fox did, and how he betrayed the Cat, and I’m a little worried because Jed’s handling of this almost paternal relationship has been one of the absolute best relationships outside of Aunt May and Peter Parker. The Black Fox is a scoundrel, and he does his best when he’s feigning his way out of trouble, just to flout his quick wit as he’s riding off into the sunset is something that I’ve loved since his creation back in the 80’s. So with a situation this big, and the possible consequences of what will happen might prove to put a schism between these two rascals, and that I just will not have (not that my opinion has any weight on the situation). I will say that the love for Felicia by the Fox is pretty evident in what he did in this issue, even if he double crossed her to get it. 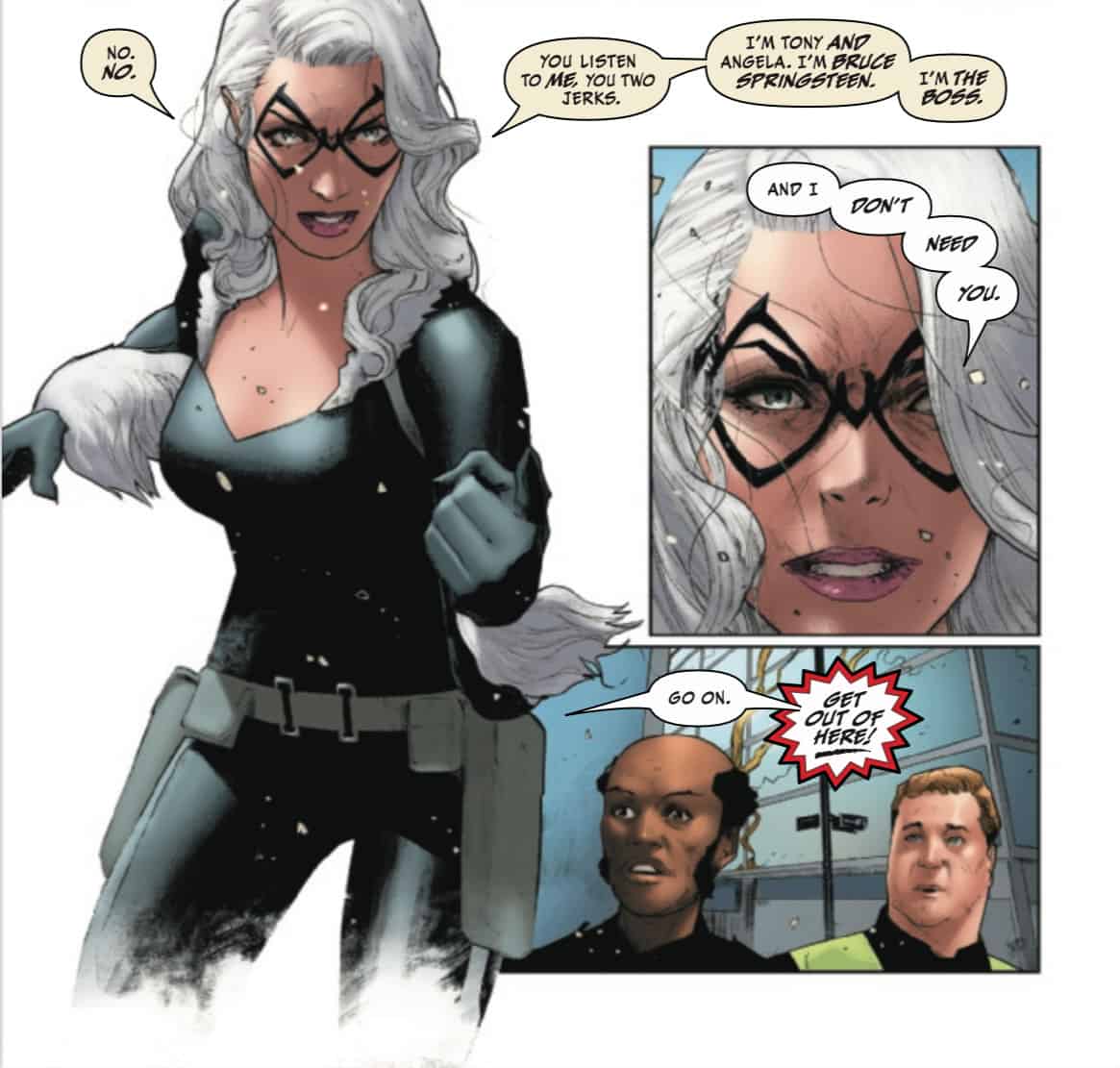 The artist for this arc by Michael Dowling, and I must say his style is a bit of a departure from series regular C.F. Villa – he brings a more photorealistic style to the book, and it’s a little jarring, especially with his portrayal of Spidey, but it’s still good in its own right. Especially with his Black Fox. He looks like Val Kilmer with a mustache, and I am living for it. This is something that is worth the cover price alone. Speaking of covers, Pepe Larraz kills it once again. Absolutely stellar work, and his rendition might be my favorite take on Felicia ever.

High stakes, impressive feats of character for the Black Cat, and a double crossing by a Val Kilmer Black Fox that will have you asking what’s next!