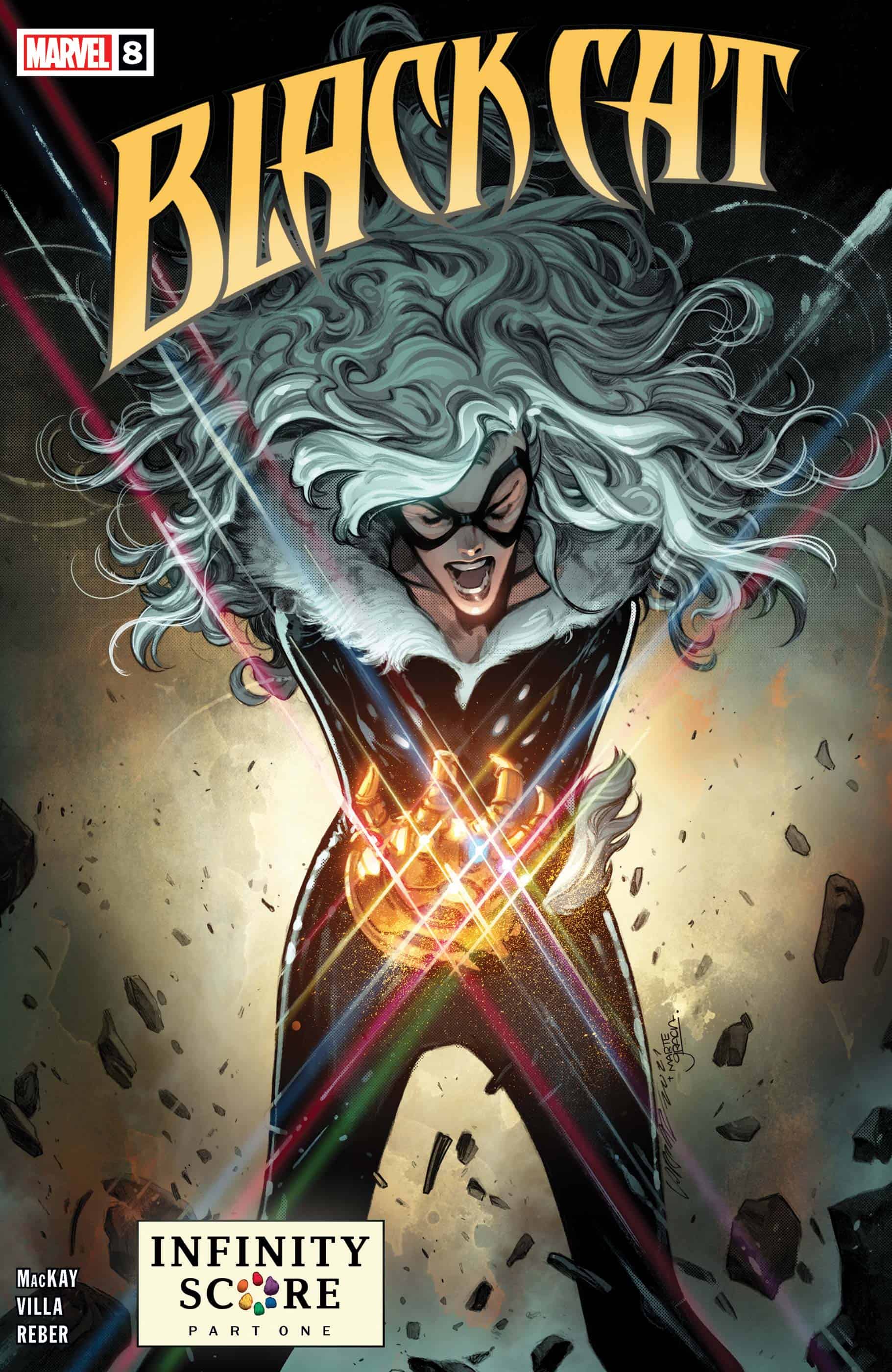 “INFINITY SCORE” STARTS HERE! Felicia Hardy, a.k.a. the Black Cat, is hired to steal the Infinity Stones. Has anyone told her that these stones are now PEOPLE? Regardless, Nick Fury will do anything to stop the stone-bearers from being gathered, even if that means taking all nine of Felicia’s lives. Black Cat has been picking away at the corners of the Marvel Universe, but this heist will put her square in the middle... just where she DOES NOT WANT TO BE!

We’re finally here. This year she’s fought an invasion from a rogue god of symbiotes, gained the gift of  immortality from the Black Fox, just for the small price of gifting the isle of Manhattan to the Gilded Saints, just to double cross him in order to save the 1.5 million residents, and then had an adventure in South Korea with the White Fox, and Tiger Division, and now she’s here.

It seems like she’s been going from career topping heists one right after another, and this one seems to be the biggest one yet. She’s out to gather the Infinity Stones, for an unspecified reason given thus far. What that is, we’re not really sure. Especially when you find out what it is that she’s stealing. While what she steals is incredibly exciting, who she’s stealing from, and how she does it is one of the best action scenes I’ve seen in a comic for quite some time. 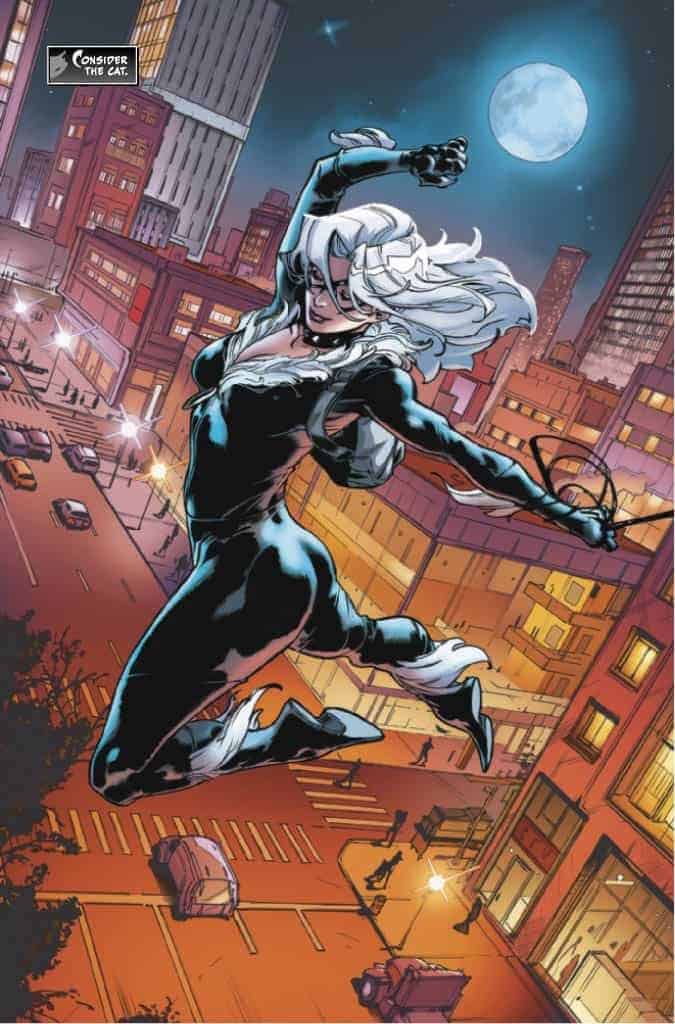 I know, I know. I know exactly what you’re thinking when the thought of the Infinity Stones are brought up. I’m just as burned out about stories revolving around those Thanos forsaken rocks, but it’s from Jed MacKay and C.F. Villa, and that’s reason enough for me to be intrigued. These two incredibly talented gentlemen just have this chemistry when it comes to the Cat and her cast.

They’re like Roger Stern and John Byrne on their tragically short run on Captain America in 1980. It’s lightning in a bottle. Don’t get me wrong. Jed’s worked with a bevy of amazing talent on this book that includes Travel Foreman, Kris Anka, and Joey Velasquez, but there’s a real chemistry here, and I can’t help but love it. 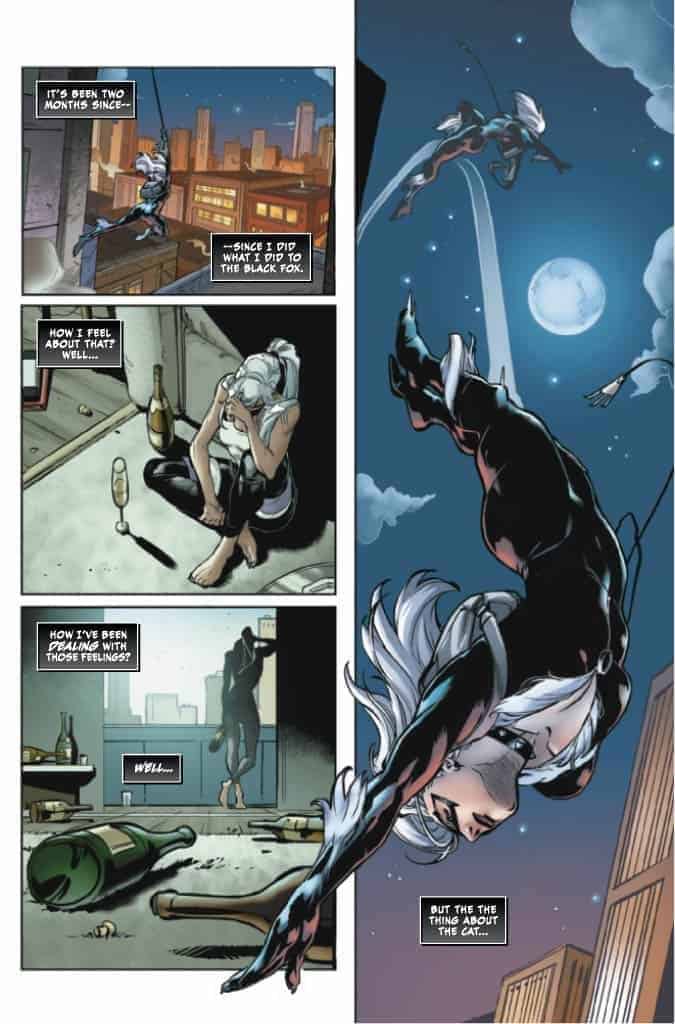 The beauty of having a book about the Black Cat is that she doesn’t have a ton of baggage when it comes to continuity or characterization. She’s not a tabula rasa, but writers have the luxury to allow the Cat and her crew the chance to do a lot more than say a character like Wonder Woman or Catwoman (both characters that I do reviews for—shameless self-promotion), and there’s a real beauty there with that kind of freedom, and this team doesn’t let that opportunity go to waste. 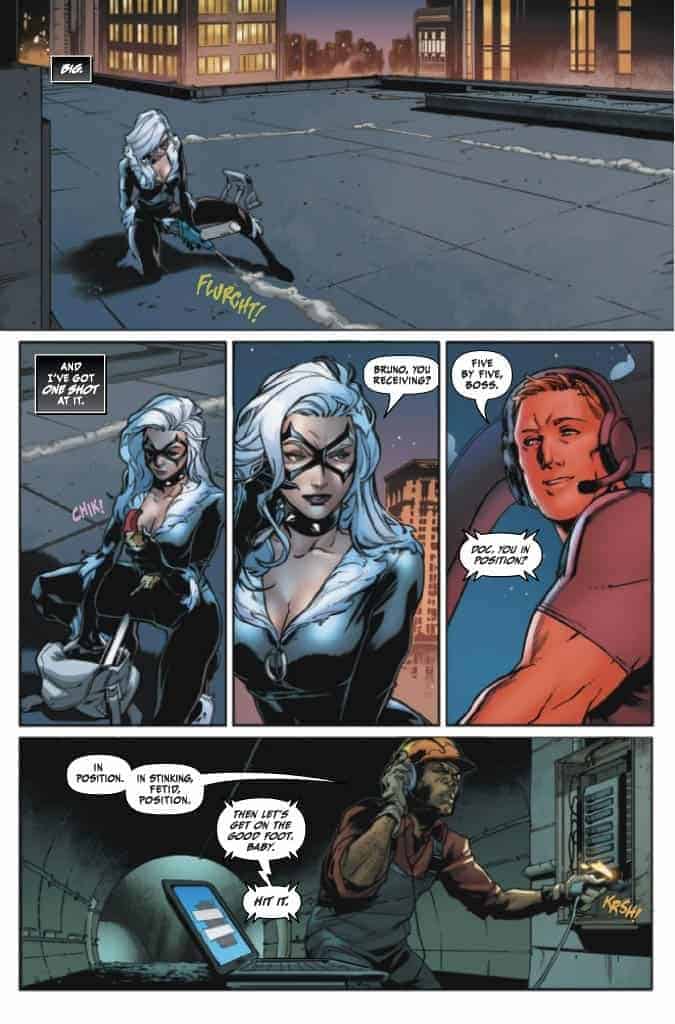 Rounding out this dream team is Brian Reber on colors and Ferran Delgado lettering, who’ve both been with this character since the first volume that was tragically cut short due to COVID19, and they bring a real familiarity when it comes to Felicia and her cast of misfit boys. The amount of quality that they add to this comic is quite breathtaking. While the dialogue and art gives us a lot of personality, you get just as much from how it’s colored, or how the letters differ from character to character. Just take a look at how the mystical sneks of Doctor Strange’s from the first arc. It made me want my own magic sneks, and I hate sneks!

This book just continues to get better with every issue, and the same is true for this one. MacKay and Villa, with the help of Brian Reber and Ferran Delgado, infuse so much charisma and character into each panel, you can’t help but appreciate the craftsmanship here. They’ve built a whole world up for a Spider-Man supporting cast member, in a way that Felicia can be completely independent of Spider-Man, in order to tell a well written, beautifully drawn story that isn’t a detriment to the characters or the comic.