Black Cat #9: You Must Be My Lucky Star… 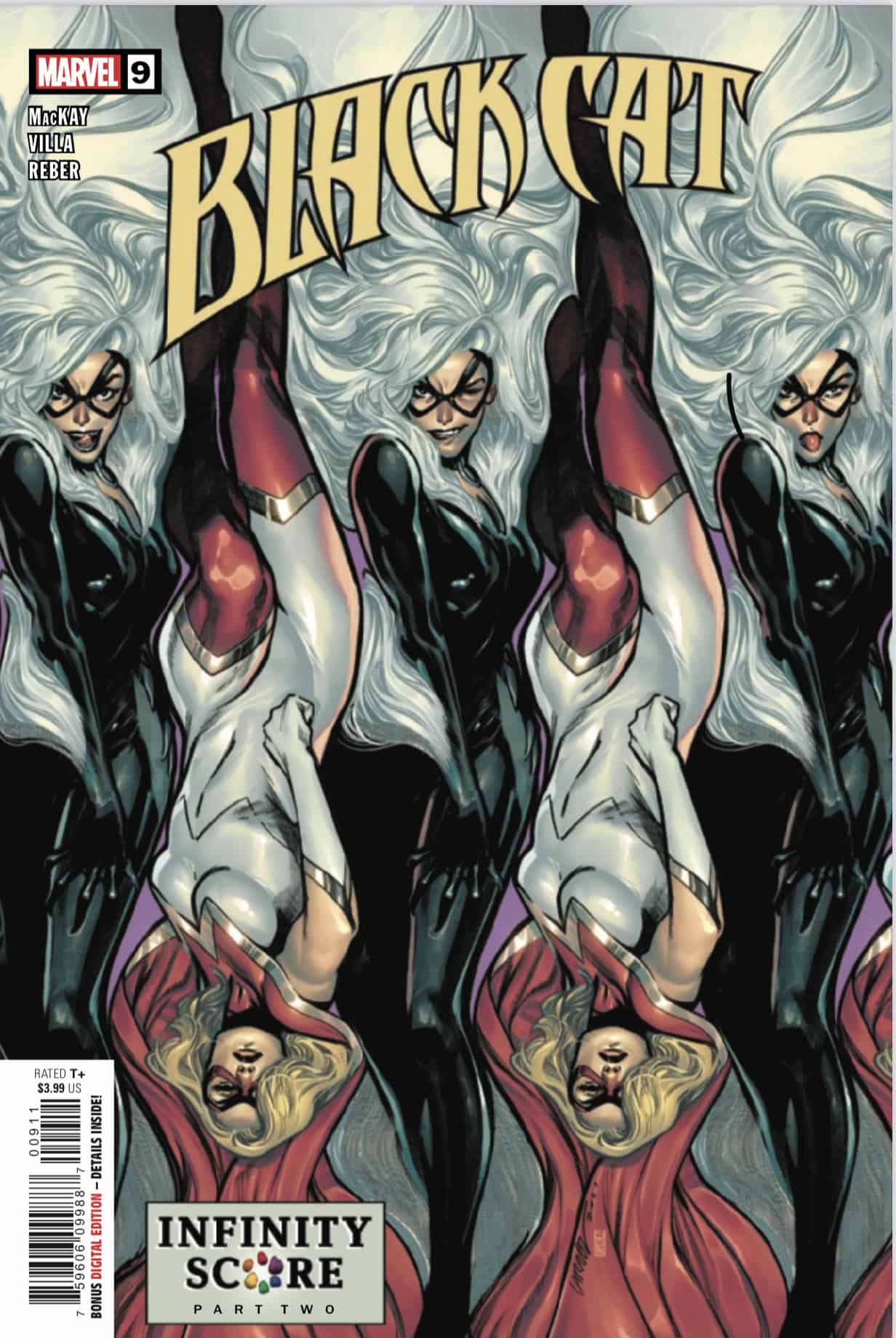 “INFINITY SCORE” Continues! The hottest new character of the last five years, STAR, brings her reality-warping powers to bear in THE BLACK CAT! Who hired Felicia to do this job? Why do they want this infinite power? AND HOW DOES FELICIA THINK SHE IS GOING TO LIVE THROUGH THIS?

It’s the second chapter of the Ultimate Heist and MacKay is really reaching for the stars with this story, and it really shows here. We have his patent form of humor and effervescence that his Felicia has shown, giving you that wink and a grin that is pure mischief. In this issue our gal and her pals attempt to recruit Star for this heist that Dr. Doom has enlisted her for, and things transpire exactly as you’d expect: sideways. I’m enjoying that Star isn’t slowly transforming into a hero, or even an anti-hero, because we’re unfortunately lacking in the powerful female antagonist department. Jed has Star use some innovative things with her powers that I hadn’t even thought of before. It’s these types of things that have made this run so enjoyable. 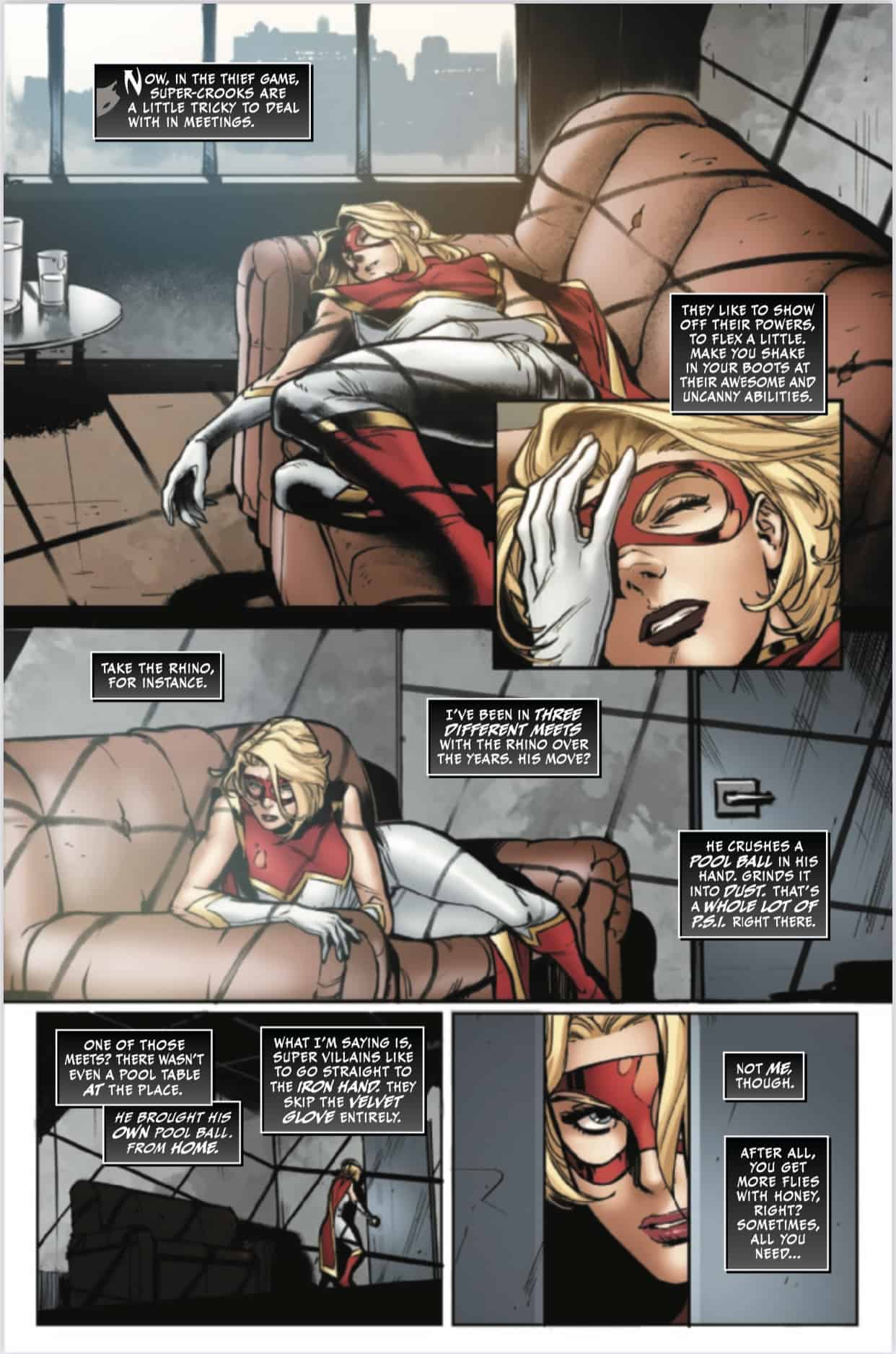 He’s been propping Felicia up to be a very different player in the wider MU than what we’ve become accustomed to over the last forty-two years (she debuted in Amazing Spider-Man #194, cover dated July 1979) of her existence. Rather than keeping her confined as a Spider-Man bit supporting character, he’s developed relationships with characters you just wouldn’t assume to see with the Cat. Such as a flirty tryst with the Human Torch, or having an adventure on Madripoor with Ole SNIKT! Patch, Jed wasn’t afraid to go with the absurd. I have hope that we’ll continue to see these relationships bloom, even though her current book is coming to an end. 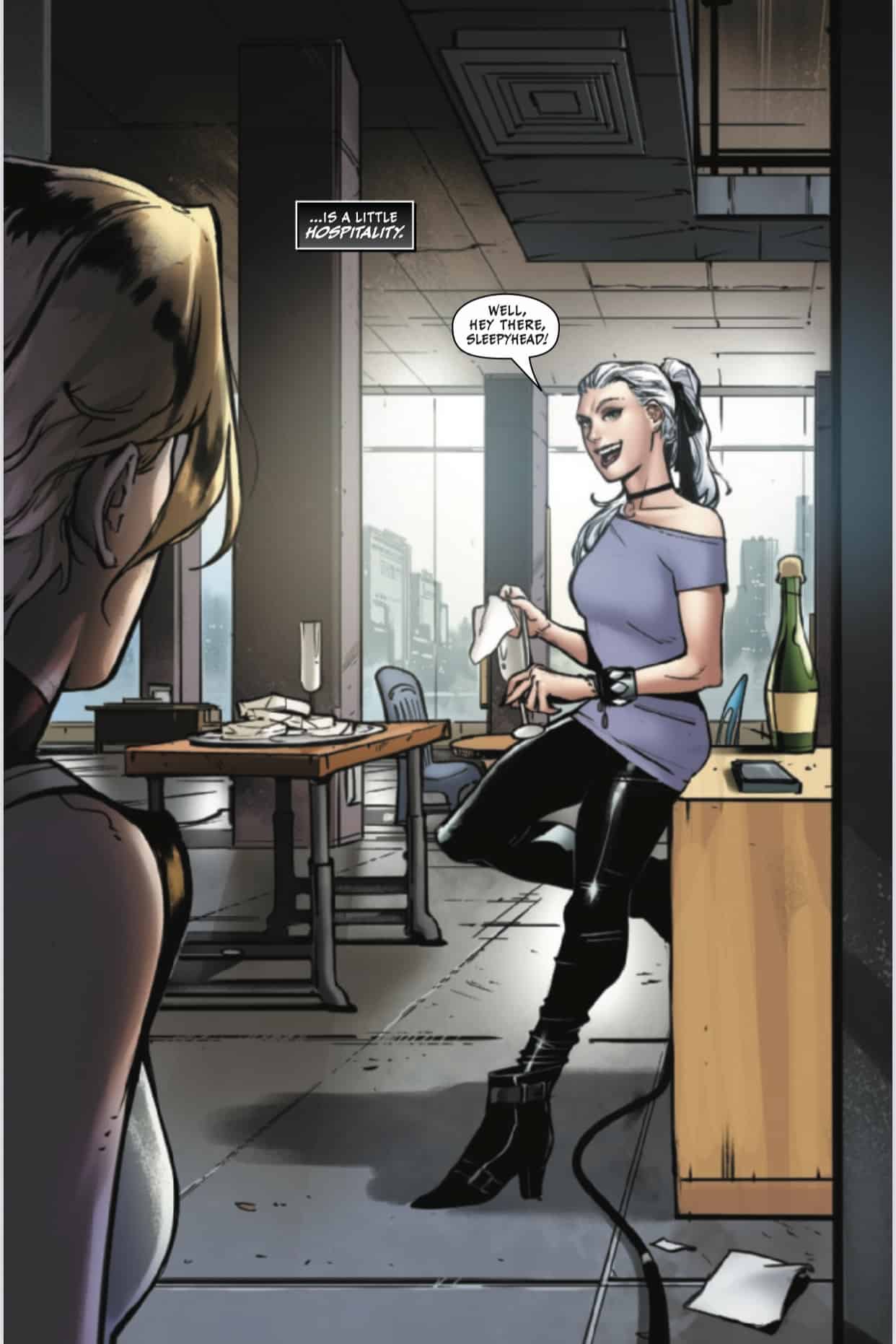 C.F. Villa is absolutely amazing in this book, and I can’t wait to see where he goes next. The characters are fun, and have a little glint in their eyes that just oozes personality in everything he draws. Cat’s mischievous, and sly. She’s always working the long con, and Villa captures that perfectly here. The characters are stylish, with a Villa has an eye for current fashion trends. Mix it up with Brian Reber’s color, and it’s a stone groove winner. 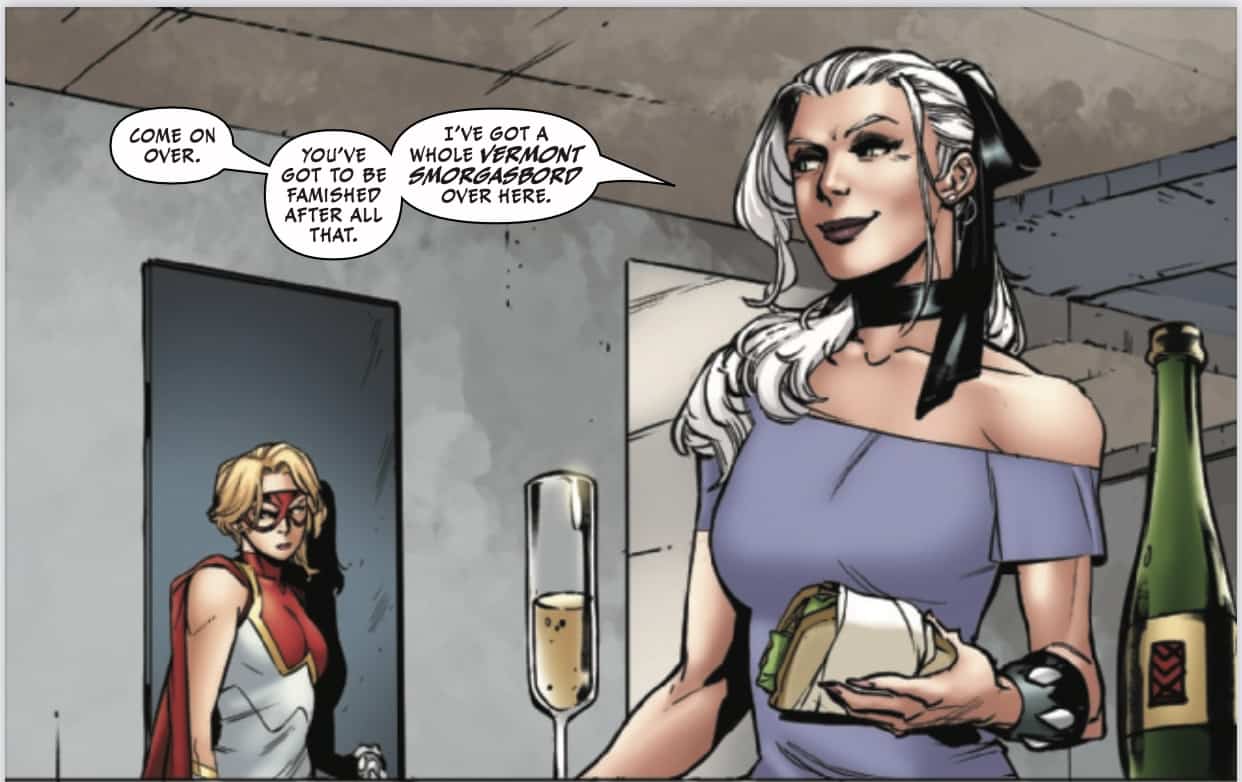 Madonna said it Star light, Star bright, first star I see tonight. Jed and Villa have given it their all with this arc, and they plan to go out with the biggest band for your $3.99 can handle. The art is great, Felicia and the gang’s banter and patois keeps the mood light and whimsical, which is a very big plus in my book.

Black Cat #9 You Must Be My Lucky Star…