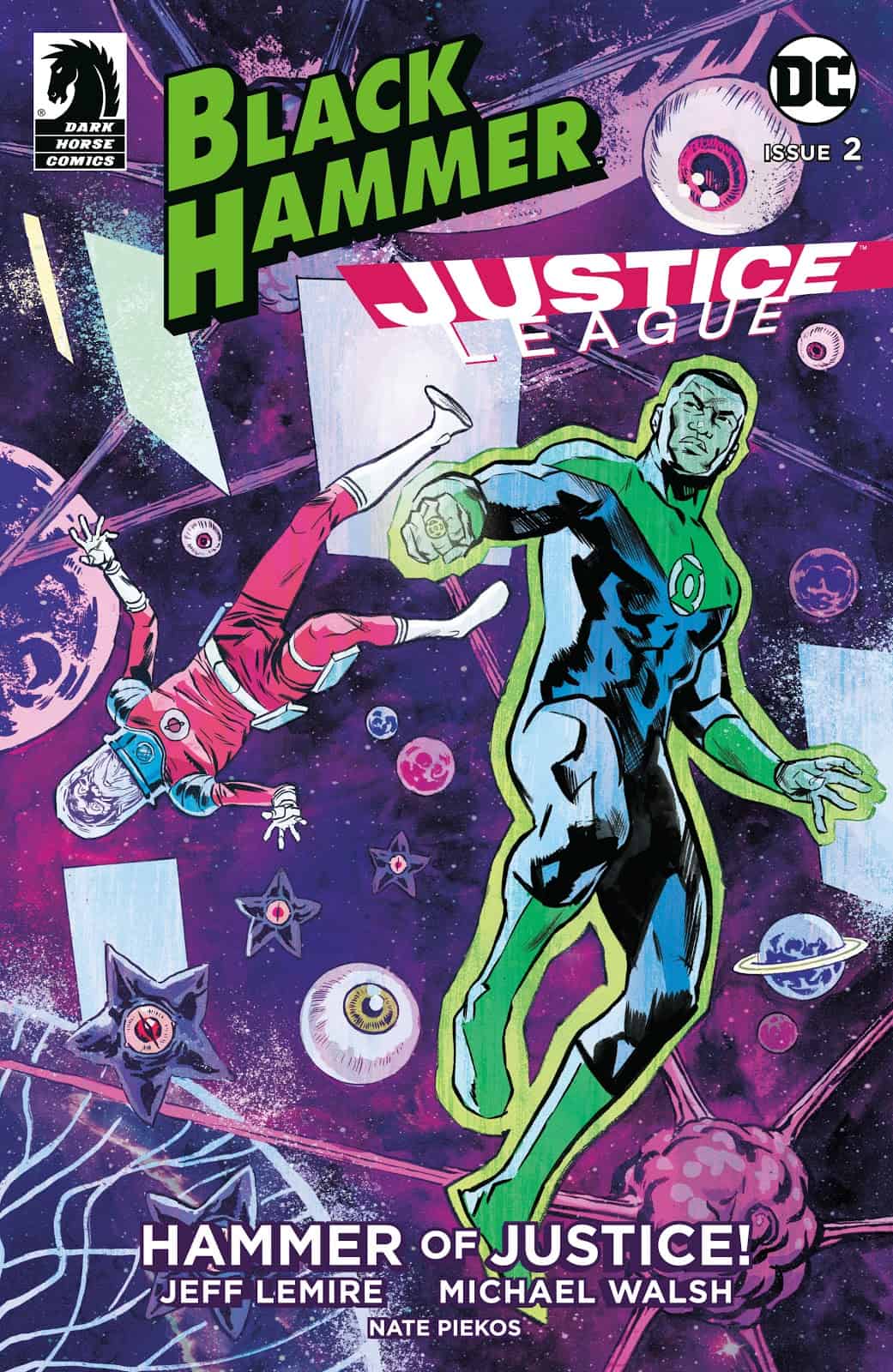 Last issue reintroduced the main super heroes of to distinct realities, the DC Universe home to the universe’s greatest team, the Justice League and the Black Hammer universe home to a jolly gang of screwed up retired super humans, the Black Hammer cast. Both teams are visited by a mysterious “Travel Agent” who forcefully switches both teams with the respective universes. The Justice League inherit the Black Hammer’s cast’s predicament of spending a decade stranded in the mysterious town of Rockwood. Meanwhile, the Black Hammer gang are dropped right into a battle with long time League enemy Starro the Conqueror and Colonel Weird is visited by none other than the Green Lantern Corps!

Right off the bat, I loved the opening of the issue with Batman bored out of his mind in Rockwood and obsessively driving around town breaking up even the minarets of crimes. It seems that Lemire is playing loose with the character’s personalities seeing as the series may be of no consequence to both team’s main books. Batman’s vigilance seems to be a little exaggerated but it makes for some very amusing scenes. 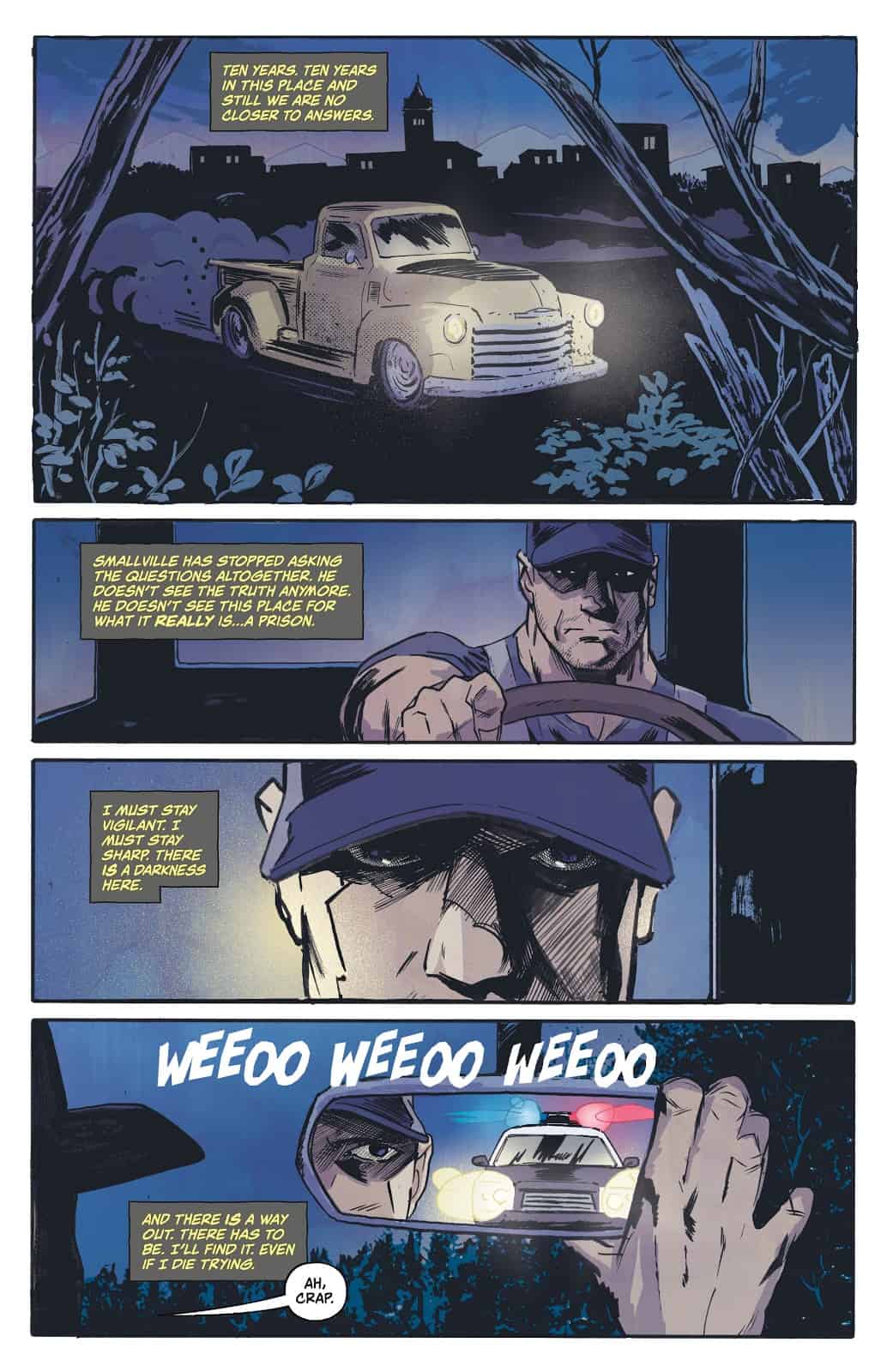 The Black Hammer casts battle with Starro and meeting with the non-teleported members of the Justice League was brief but a lot of fun. I got a good chuckle at Gail’s astonishment at being no longer be able to swear to Barbalien scoffing at J’onn Jonnz’ claim at being a “Martian” Man-Hunter seeing as everyone knows Martians are red not green to Golden Gail flirting with Aquaman and making him incredibly uncomfortable, this issue had really enjoyable interactions between the characters.

Another aspect that I really enjoyed in this issue was the inclusion of the Bizarro World complete with Bizarro versions of the Black Hammer cast! The Bizarro World is such a rich piece of the grand DC Universe that its a shame it often gets forgotten by readers such as myself in the on pile of characters.*

The art was once again impressive, major props especially going to the scene where Colonel Weird and Green Lantern (John Stewart) visit the Para-zone, the trip psychedelic dimension that caused Colonel Weird to fall out of linear time. 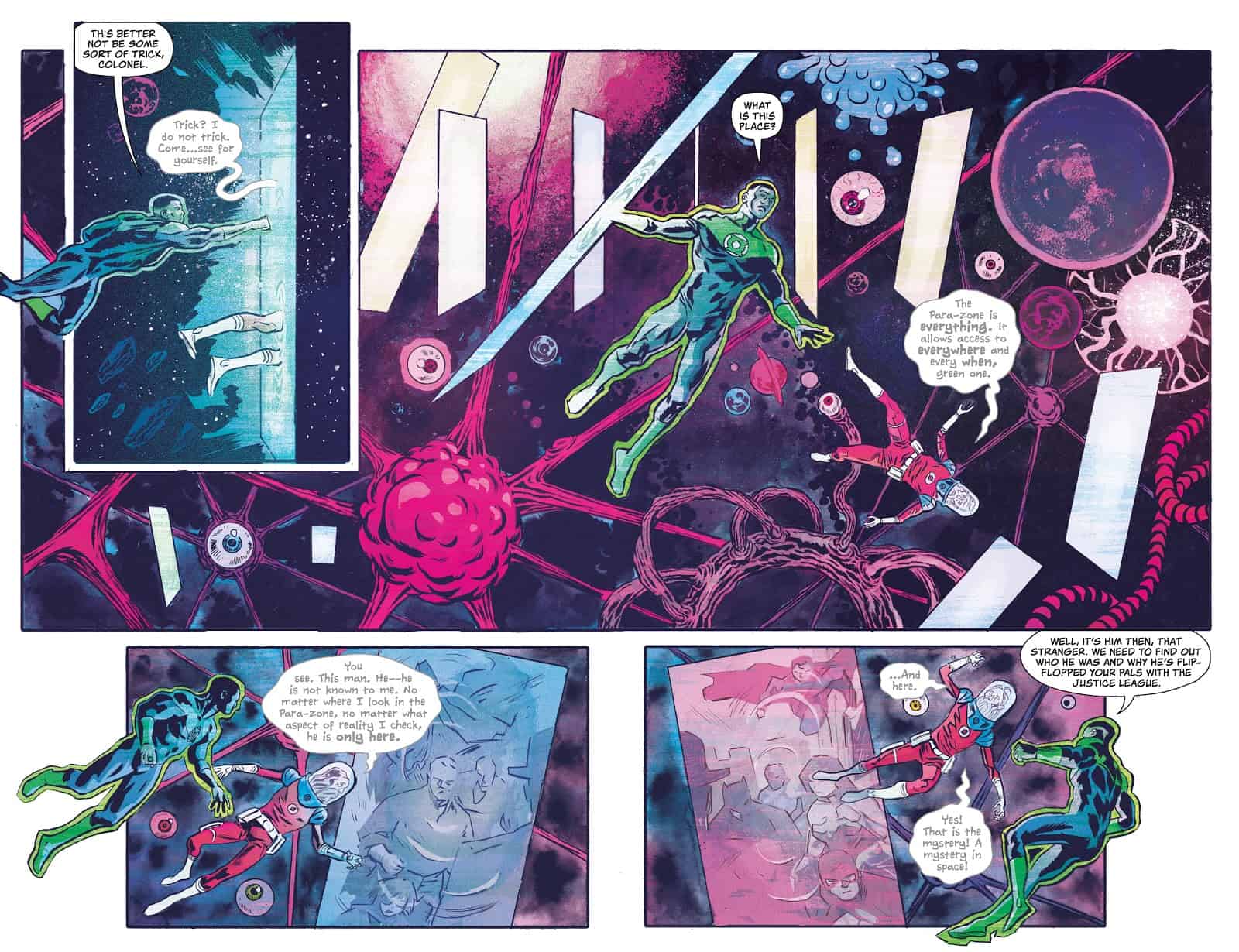 Cyborg’s conversation with Wonder Woman was equally interesting as well as it was nightmarish. When Cyborg mentions that he had a dream that it was as if the last ten years stranded hadn’t really happened and they had actually just arrived yesterday was spooky. If you’ve kept up with the main Black Hammer series then you know that (MAJOR SPOILERS FOR MAIN BLACK HAMMER SERIES!):

The main characters were never really stranded in a mysterious town. They were all placed into a VR simulation by Weird and Madame Butterfly after their climactic battle with the world devouring Anti-God because the universe needed both major forces of good and evil incapacitated to have cosmic balance.

Bit of a head rush right? Its a lot to keep up with and since it appears that Lemire is writing this story free of continuity from his main Black Hammer series I thought that he was switching up the lore but now that he seems to be keeping up with what he established its certain to lead to some very interesting reactions from the League once they discover whats really happened.

I was so caught up in this development that I wasn’t ready for the snake in the mailbox cliffhanger Wonder Woman dropped. It seems as though Barry Allen, the Flash sacrificed himself in an unsuccessful attempt to free the League from their exile much like the heroic Black Hammer did when the Black Hammer crew first arrived in Rockwood. Oh Barry you poor heroic fool between changing the timeline for the worse to sacrificing himself, the speedster has never had it easy. 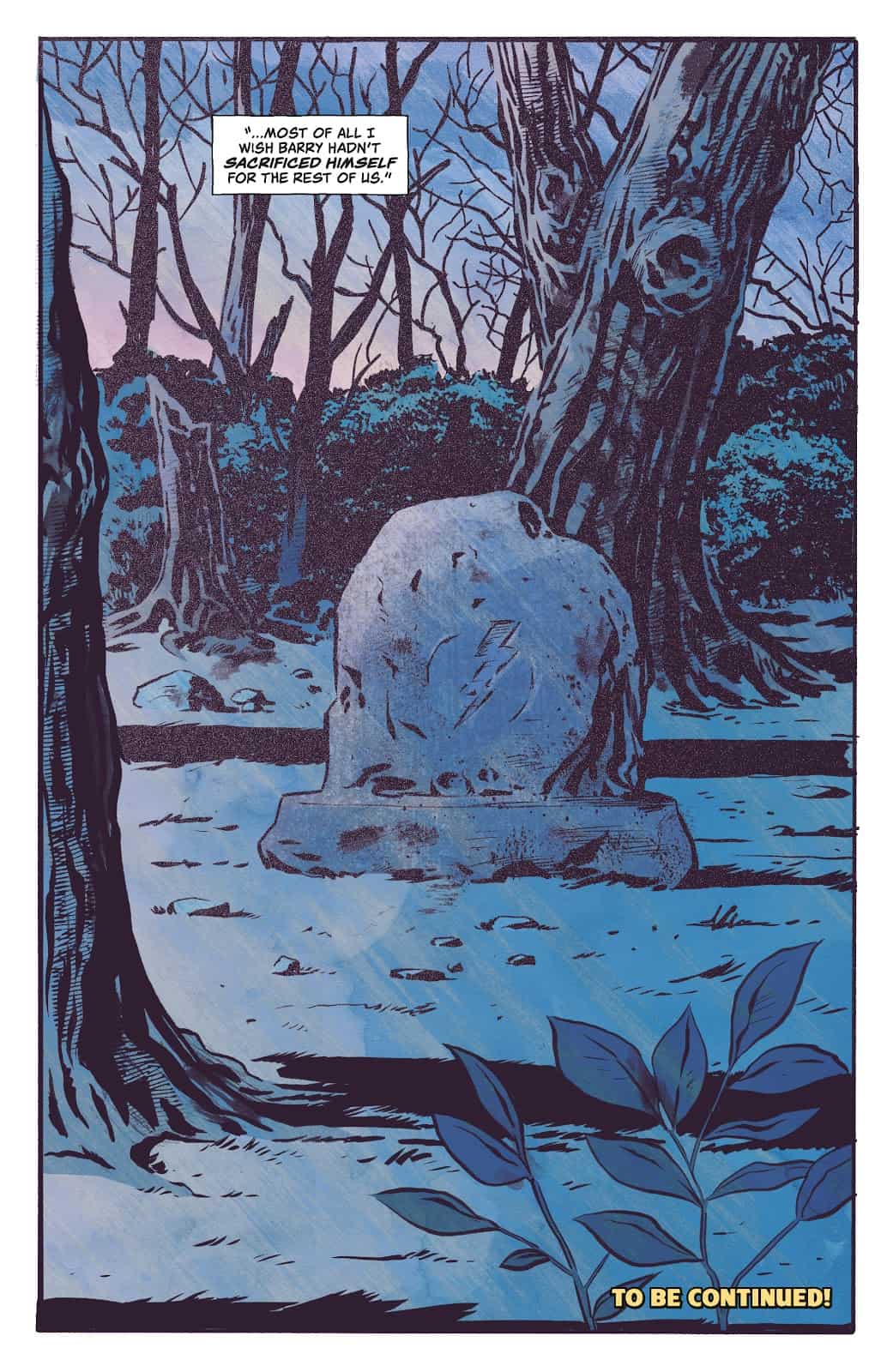 The second issue of the Black Hammer/Justice League crossover was another excellent chapter in this almost too good to be true mini-series. Lemire delivers on interesting interactions between his original characters and the classic heroes and locations of the grand tapestry of the DC Universe. As I mentioned earlier, Walsh’s art was again stellar here and perfectly blends the style of the two distinct super teams together that is pleasing for the eyes.

I’m stoked to learn how Barry sacrificed himself, what Cyborg’s theories lead to for the rest of the story and more hilarious moments between the dysfunctional Black Hammer and the complex but mostly stable League members.  Whatever  crazy cosmic multiverse shenanigans ensue next I'm onboard for this wild ride.