Black Knight: Curse of the Ebony Blade #2: In Swords We Trust 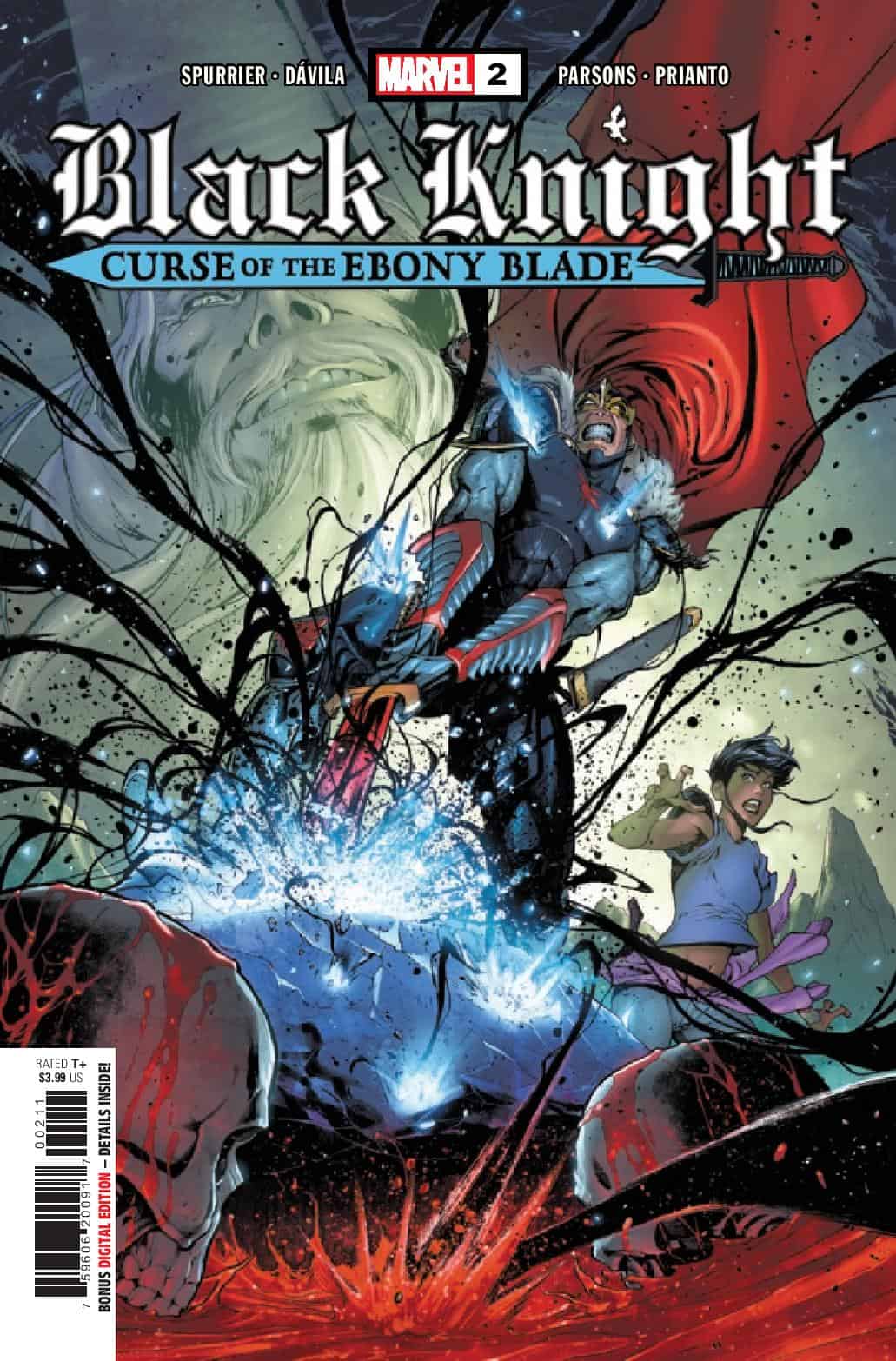 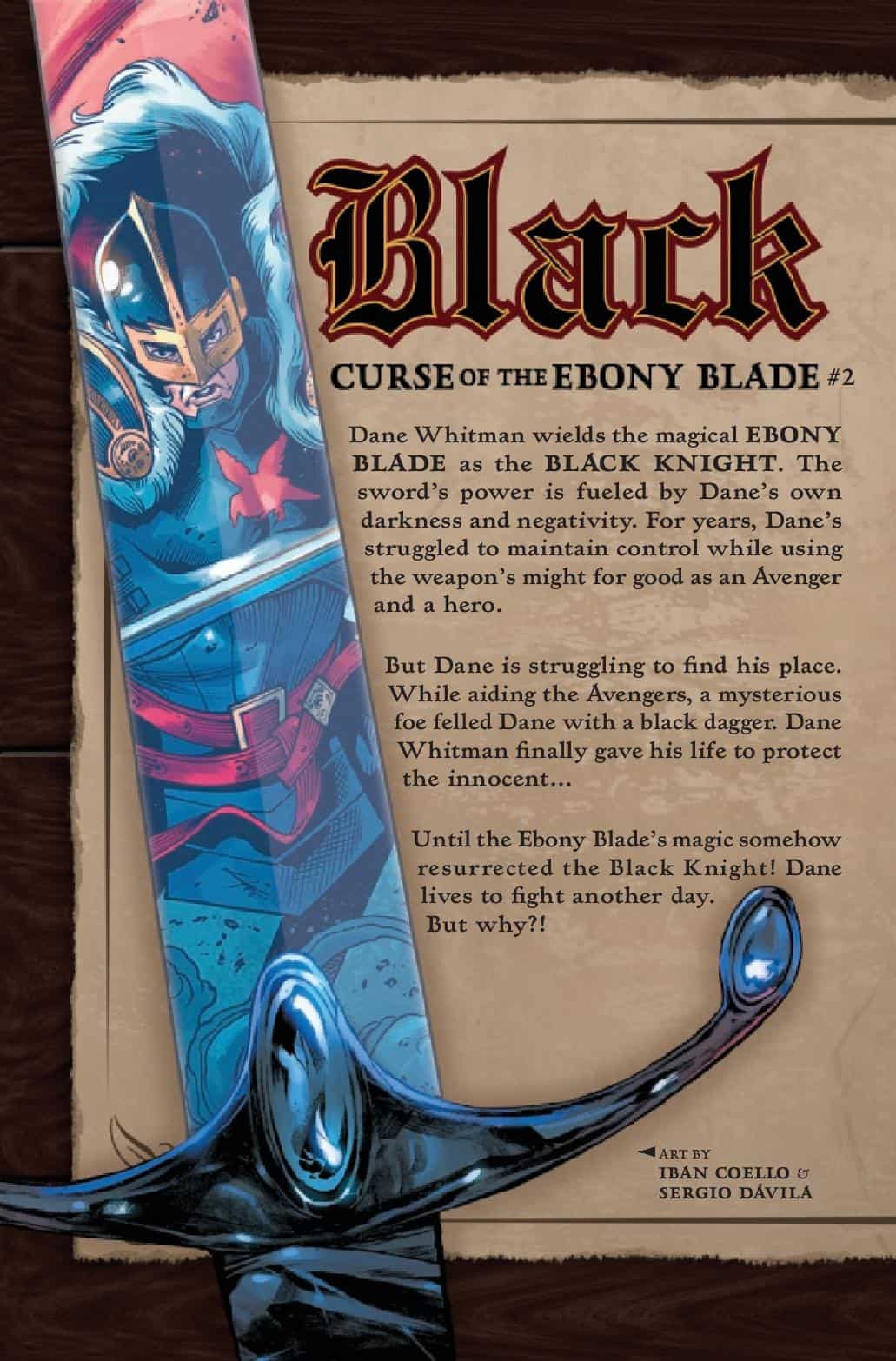 I’m not gonna make some hyperbolic claim like “THIS IS GONNA BE THE MOST UNDERRATED SERIES OF THE YEAR!!!”. But this is a really good series so far, and I’m pretty sure it’s been underordered, to say the very least. Writer Si Spurrier gets a decent amount of elbow room to do the deepest of dives into this character in decades, and he flat-out takes that ball and runs with it. Instead of the obligatory ½ page origin recap segment, we get almost half an issue of explanation and back story. I’ll be the first to admit that I’m normally not a fan of this, but this issue it’s done WELL, and also, I don’t think that many people are very familiar with The Black Knight’s origin story. Aside from that the main story rolls forward at a nice pace, even with all the origin panels, there’s plenty of room to focus on things happening in the present. Present events are pretty interesting too, as we get a major guest-star who makes sense to the story, not somebody who’s going to draw people from another book or mark another box on someone’s “every ________ appearance” checklist. This person blends very organically into the story and takes it o another level. A really well-written issue. 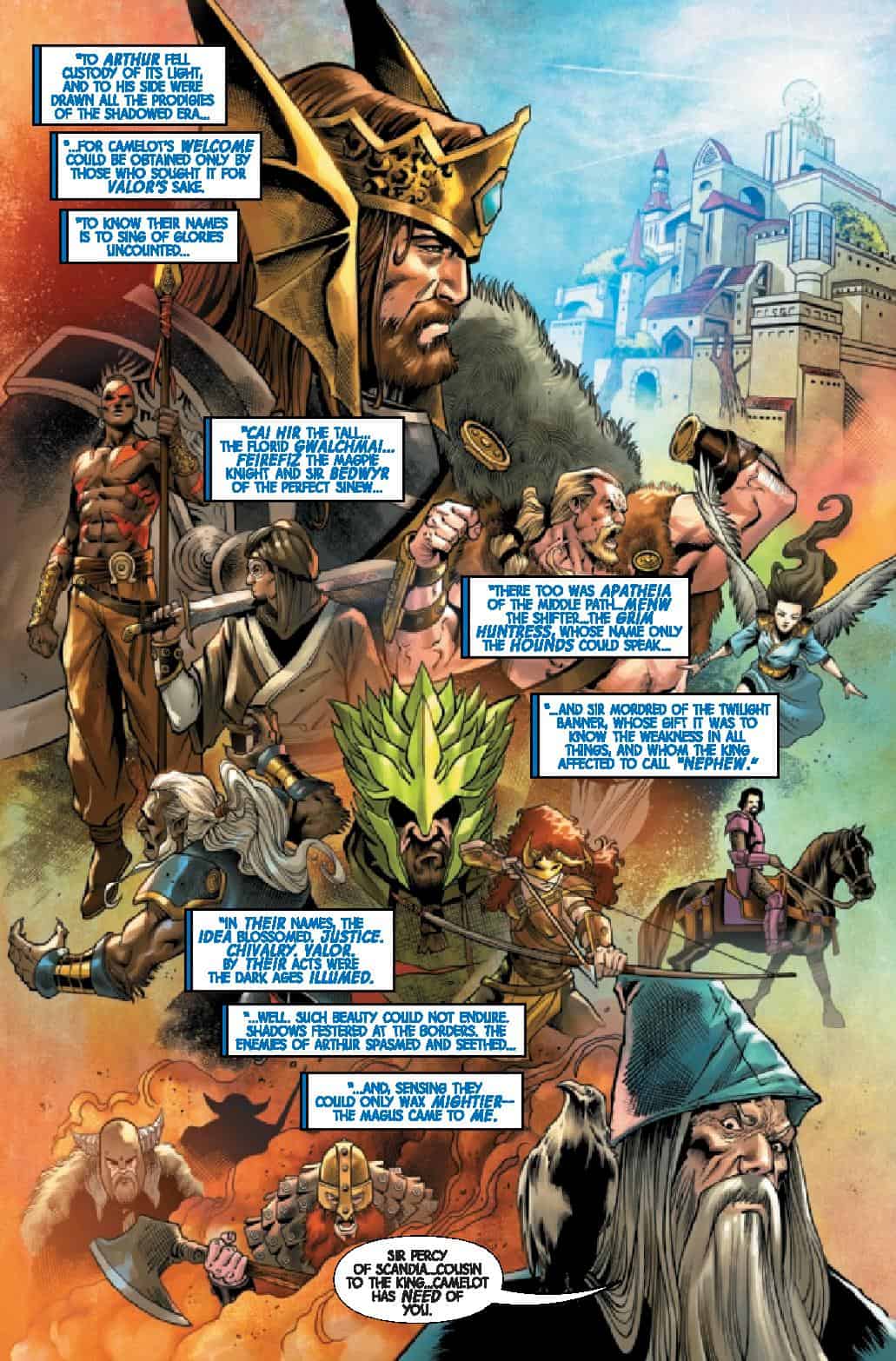 It’s also a very well-drawn issue. Last issue, artist Sergio Davila showed up what he can do with straight-up superheroes, but this month, he shows us that he can flat-out tell a very visually compelling story no matter what the genre or era. I did mention that this issue is an origin issue and much of that takes place in another time and in another land, and Davila pulls off those pages with an “excellence of execution” that really makes the book stand out from other books that are on the shelves today. This book has absolutely no business being as great as it is, and shouldn’t be overlooked!

Two really entertaining, solid, dynamic issues in a row. Go ahead, it's time - add this title to your pull list at your local comic shop. You don't want to miss out on this series!

Black Knight: Curse of the Ebony Blade #2: In Swords We Trust