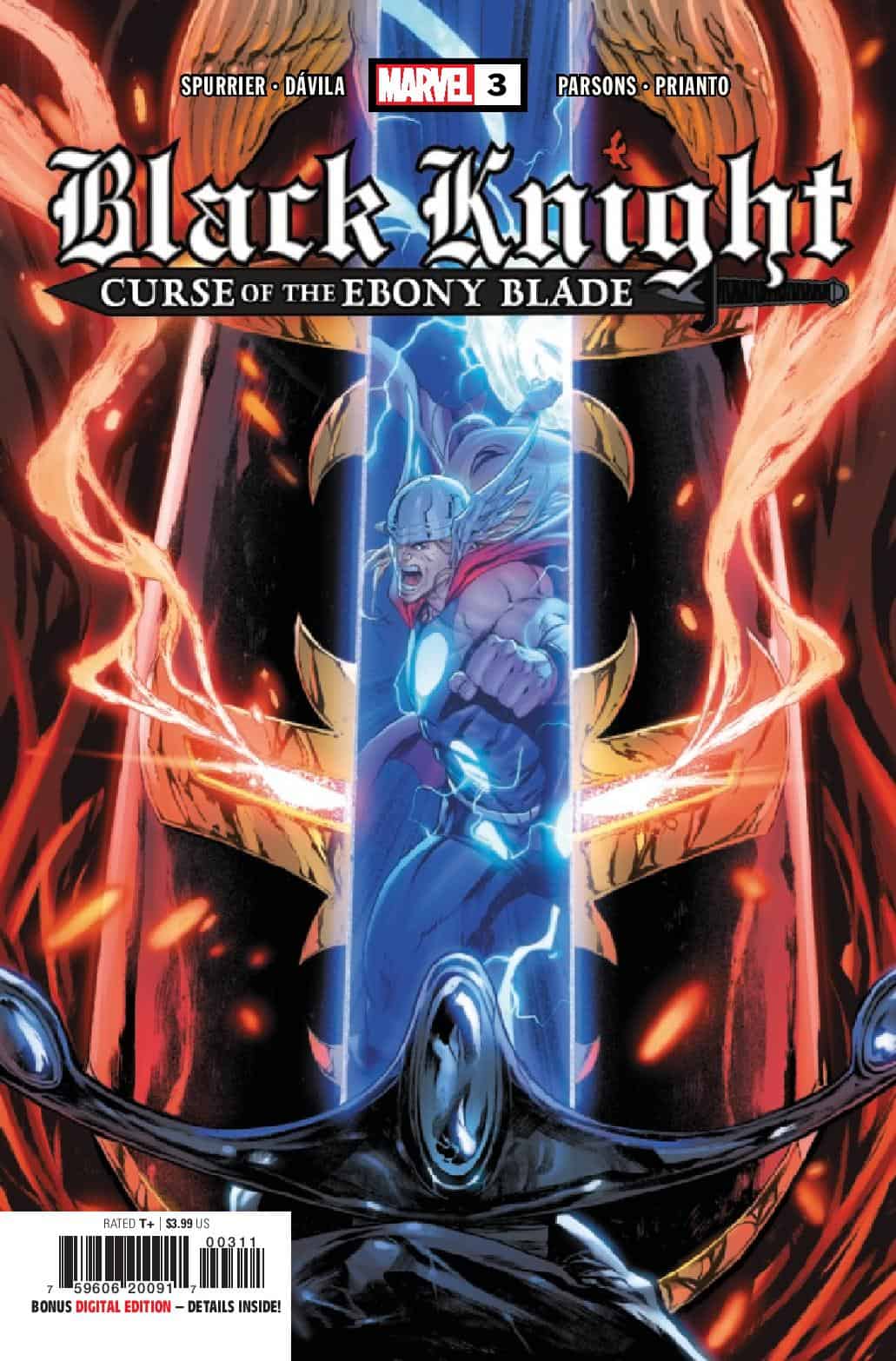 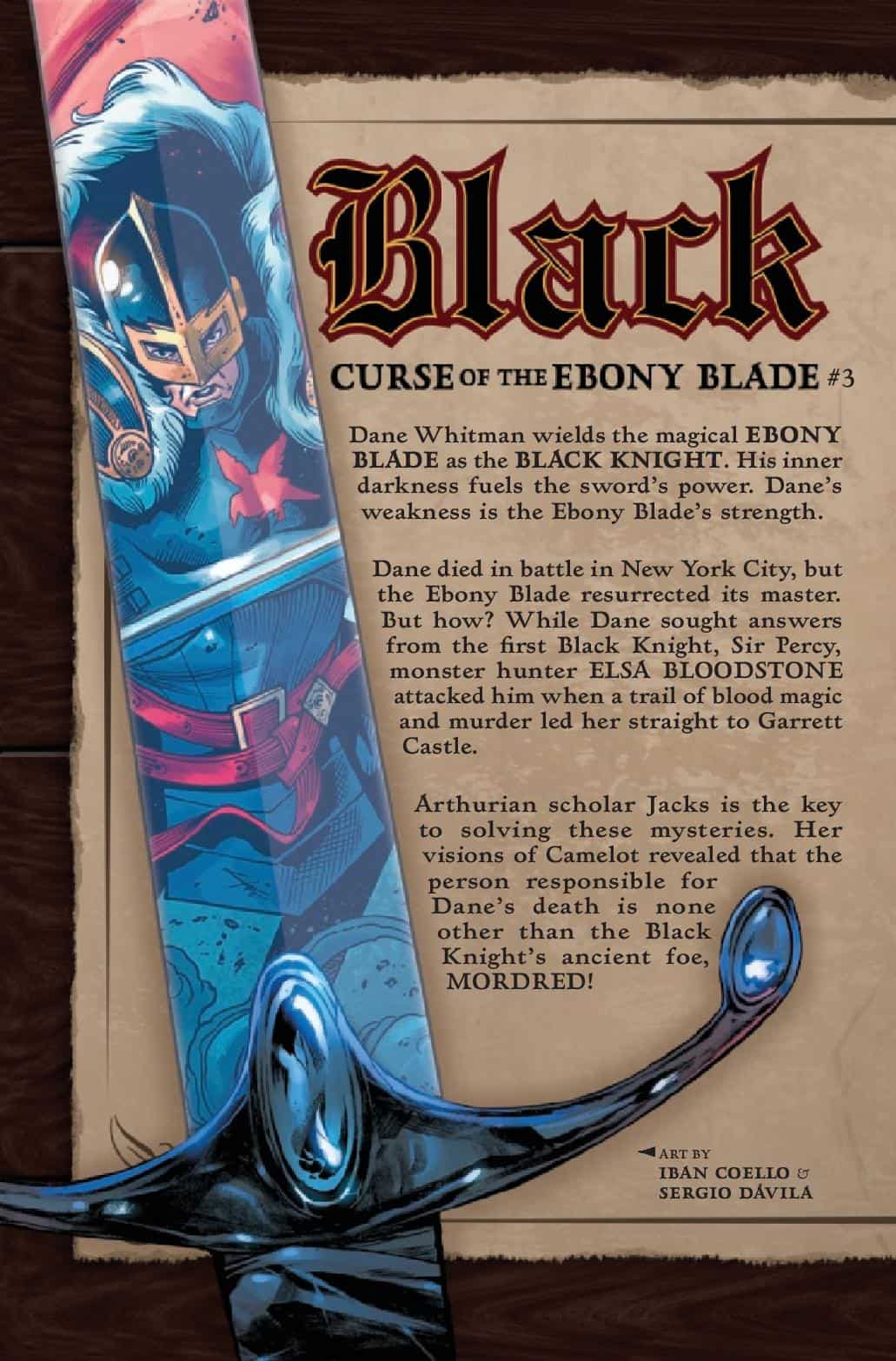 One thing I love about this book is that writer Si Spurrier has set the perfect tone. This issue is intense, fast-paced, yet some humor and other things that aren’t as heavy sneak in from time to time. Mixed in with that is some incredible Marvel Universe continuity, along with some pretty great guest stars. First off, the creators make Elsa Bloodstone – who is tremendously fun to read – a major part of the story which is great because she’s both the perfect partner and enemy for the Black Knight. One that he can never turn his back on for too long. The character of Jacks is the perfect “everyman” here, giving each character a reason to explain the things that we don’t know or may have forgotten. This is all Arthurian legend stuff, so it shouldn’t be taken for granted that the audience is totally up to speed on everything related to Camelot. Dane Whitman is a fatally flawed character, which makes things a lot more entertaining because the struggle that he has with himself is sometimes greater than the one he has with outside forces. This is another solid issue from Spurrier that leaves you hanging by a thread and has you chewing your nails for the next issue. 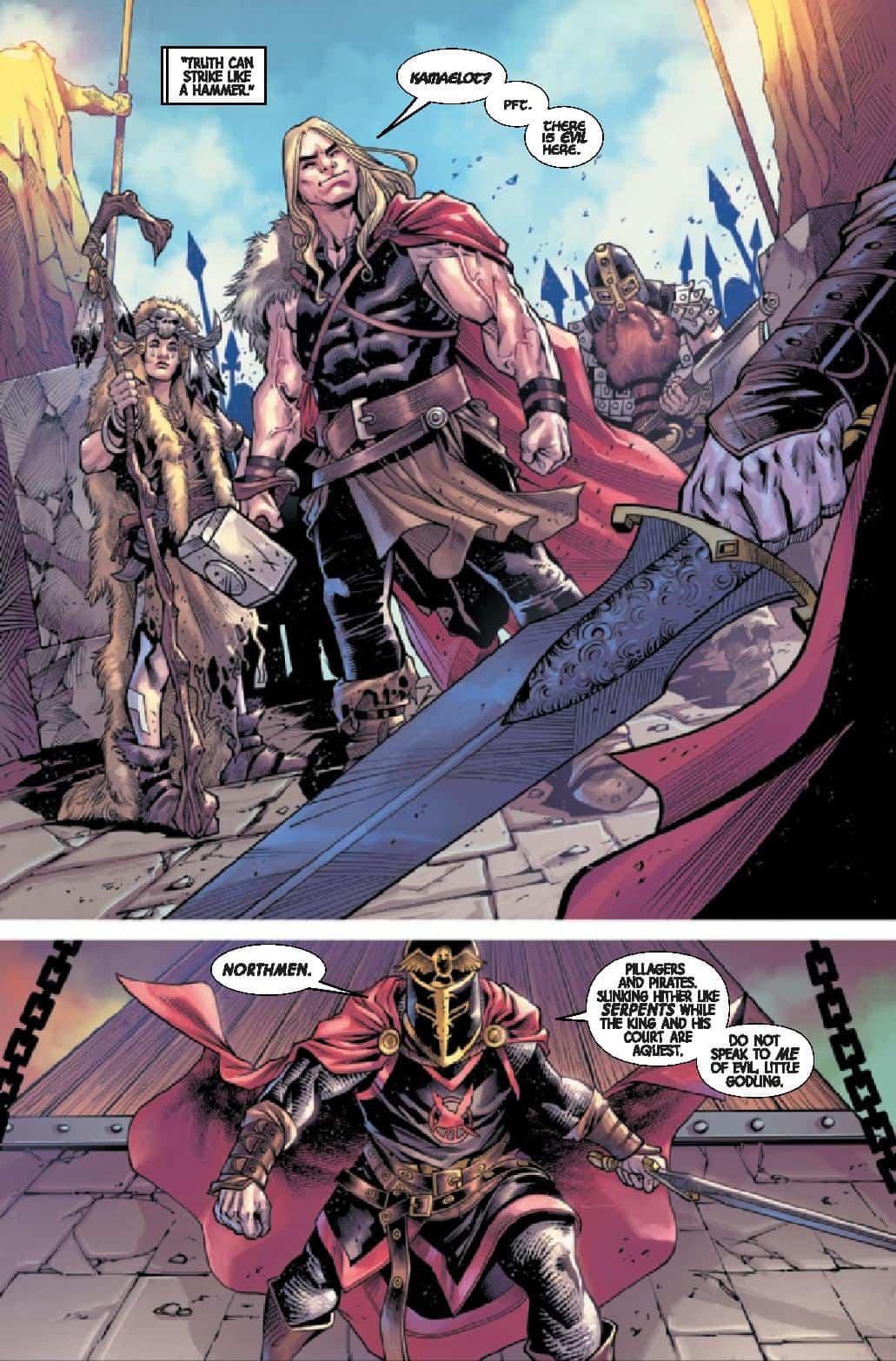 Artist Sergio Davila really has his hands full in this issue. There is a LOT to draw, and he really doesn’t skimp the reader or backgrounds, side characters, or anything else. There’s a ton of dream sequence stuff that I would’ve expected anybody to just give the blank white background treatment to, but Davila renders them all in full force. Beautiful work on his part. We’re very lucky to have his great work on this book.

This issue is seriously NOT to be missed! If you haven't jumped on the series already, don't worry. The creative team does an excellent job bringing you up to speed while delivering fast-paced action and high adventure.