Black Panther #9: The Enemy of my Enemy is my Friend 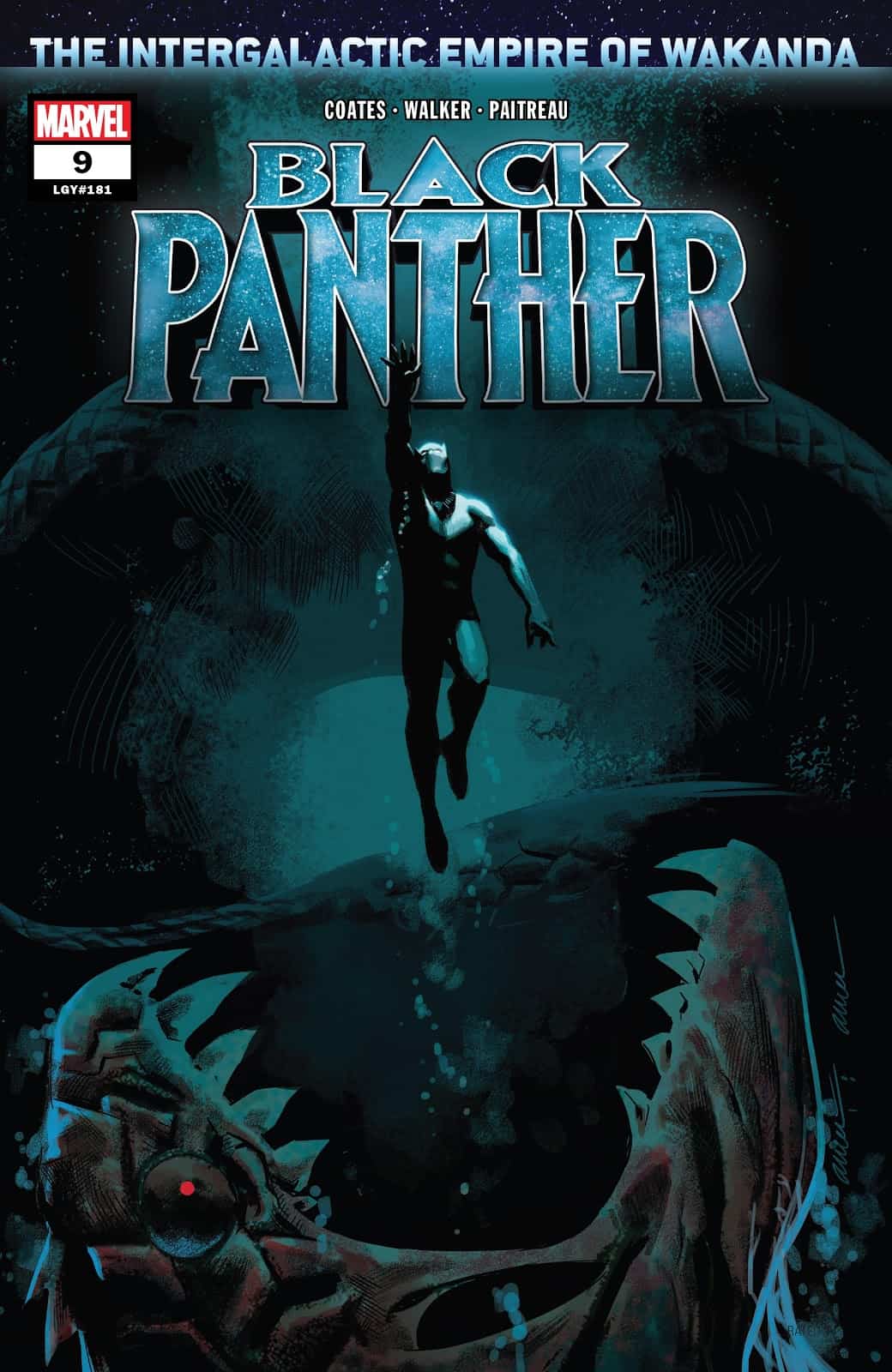 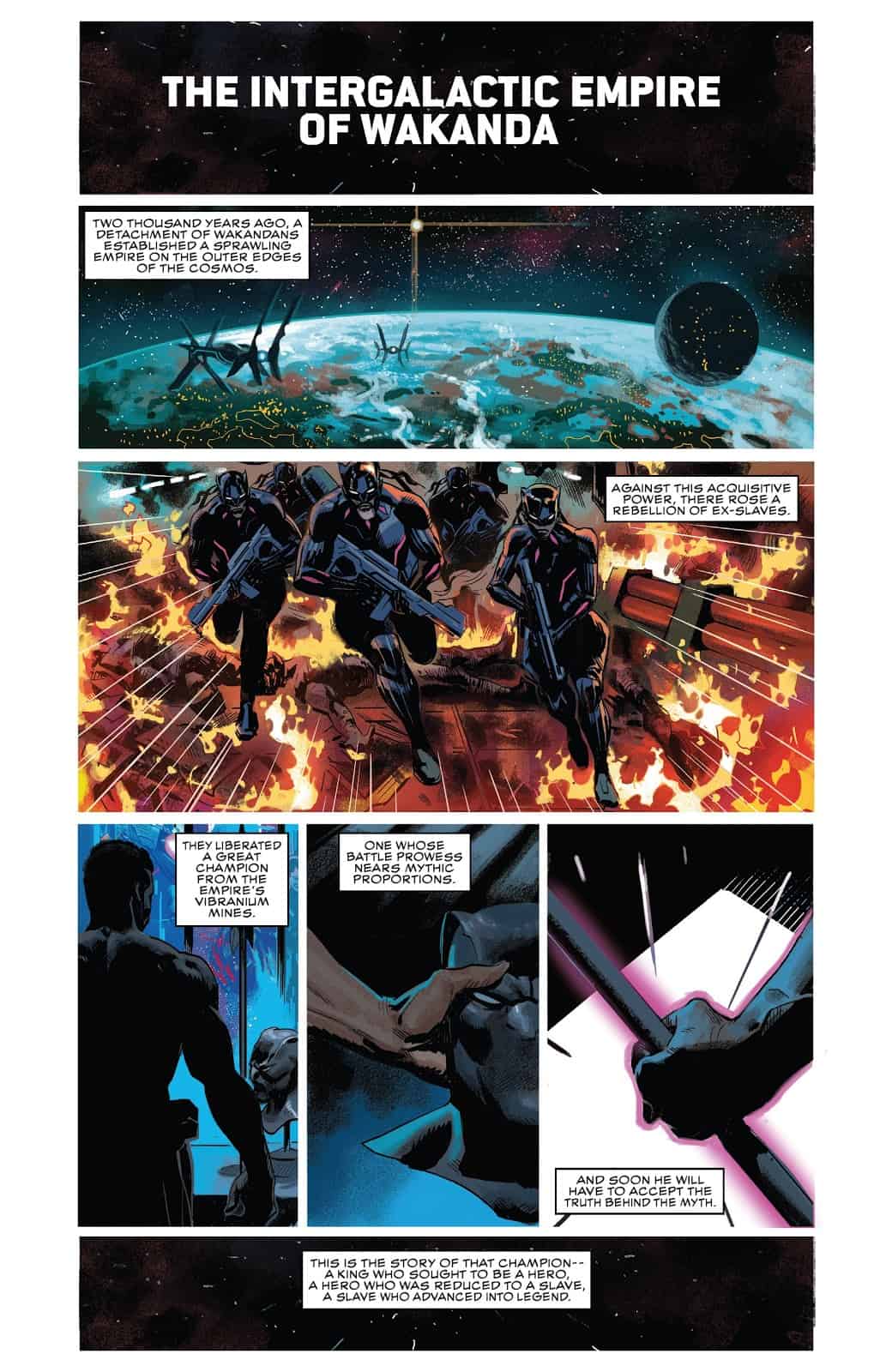 The Maroons lost some precious raw vibranium, due to T’Challa’s insubordination that we saw in last issue. However, he did uncover a surprise cargo in the imperial shipment. The discovery of more memory-wiped Nameless reached T’Challa’s core being.

Black Panther #9 elucidate that there’s war going on, however, it’s not as simple as the Maroons were lead to believe. Two anti-imperial forces, once fierce allies, now divided into opposing groups. The layers of politics are exposed and paint’s a razor-sharp shaded picture of reality for the Maroons. Nakia and T’Challa has found themselves in an situation where they may cautiously place their trust in an enemy of the Empire. 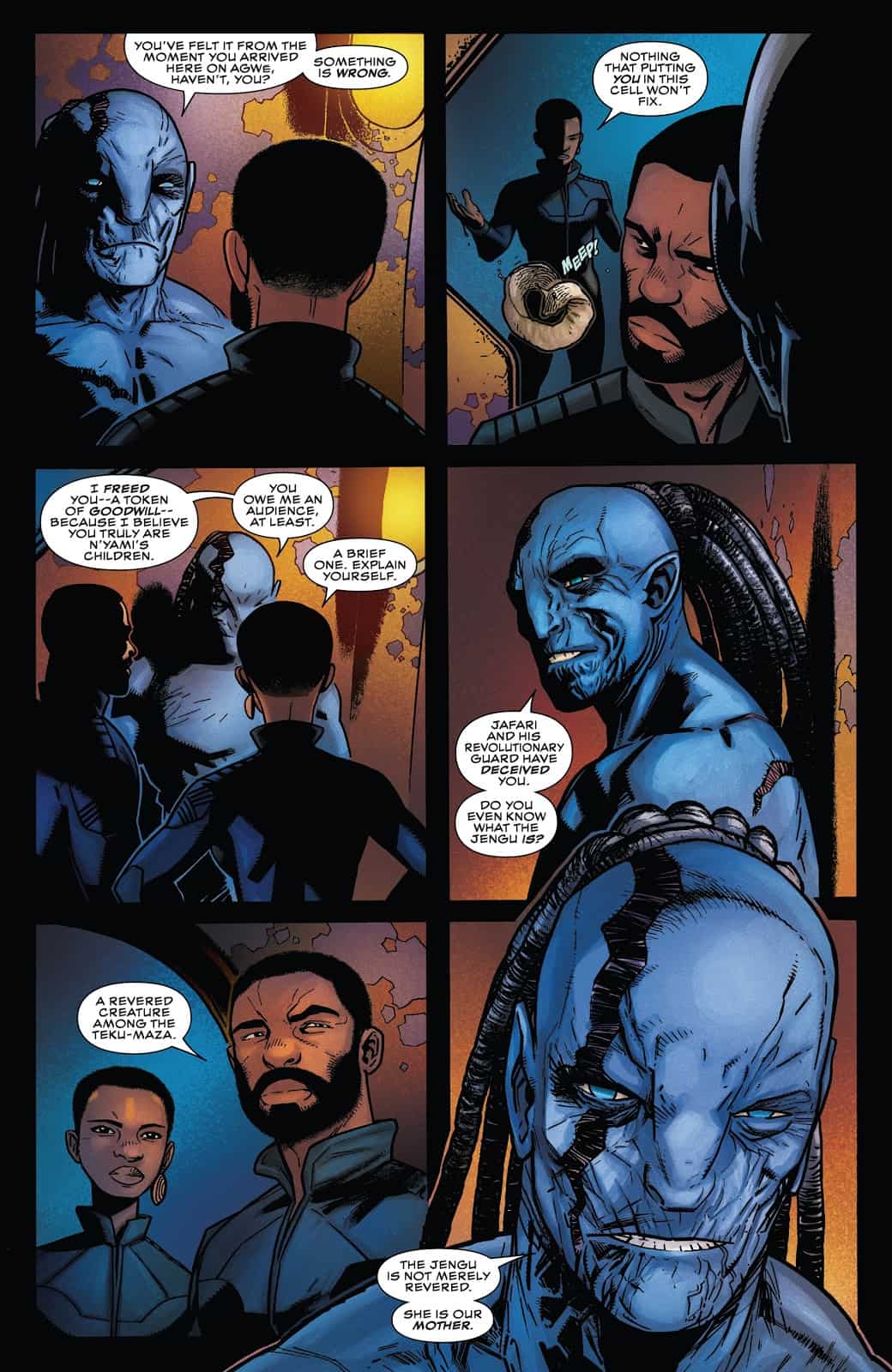 Ta-Nehisi Coates’s world-building development becomes more intriguing as this story arc continues throughout Black Panther #9. Along with Kev Walker, creating sweet dynamics to the countless races within the multiple universes that connect to the Intergalactic Wakandan Empire. Walker’s has a specific eye that shines through his visual details of the different races that have hair textures and styles reminiscent of various African people. It’s clear that Cotes and Walker collaborate well together with their ability to cohesively weave African genealogy to this astronomical storyline. Page 3 of this issue speaks volumes! 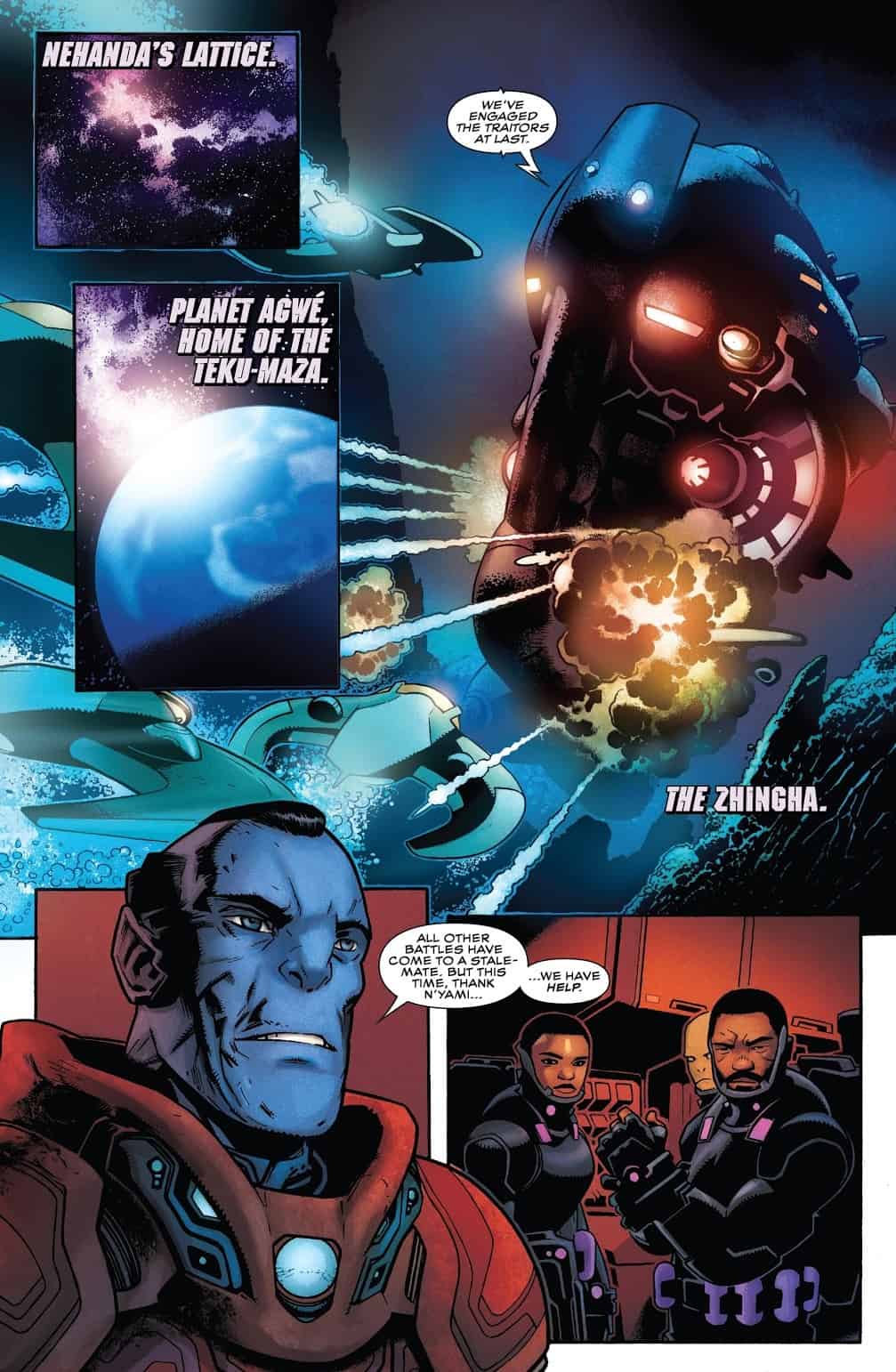 Stephane Paitreau’s colors create a wondrous underwater atmosphere in this issue. The inspiration of greens and blues create the distorted shafts of light that reach this deep sea world and creatively use pinks, purples, and magentas for the energy blasts of various weapons that create a nice visual contrast on the page.

Paitreau works well with Walkers cosmic aspect of this story. The amount of oranges and reds enhances the rising tension for the reader. Paitreau skillfully increases reader’s attention to the story as it is clear that she cohesively articulates to Coates’s and Walker’s storytelling.

I have really been enjoying this story arc thus far. Black Panther #9 shines as Coates, Walker, and Paitreau continue to be genuine to diversity and strategically places Black Panther mythos into this cosmic intergalactic story arc. I cannot wait to read the next issue! Will this war get better or become… 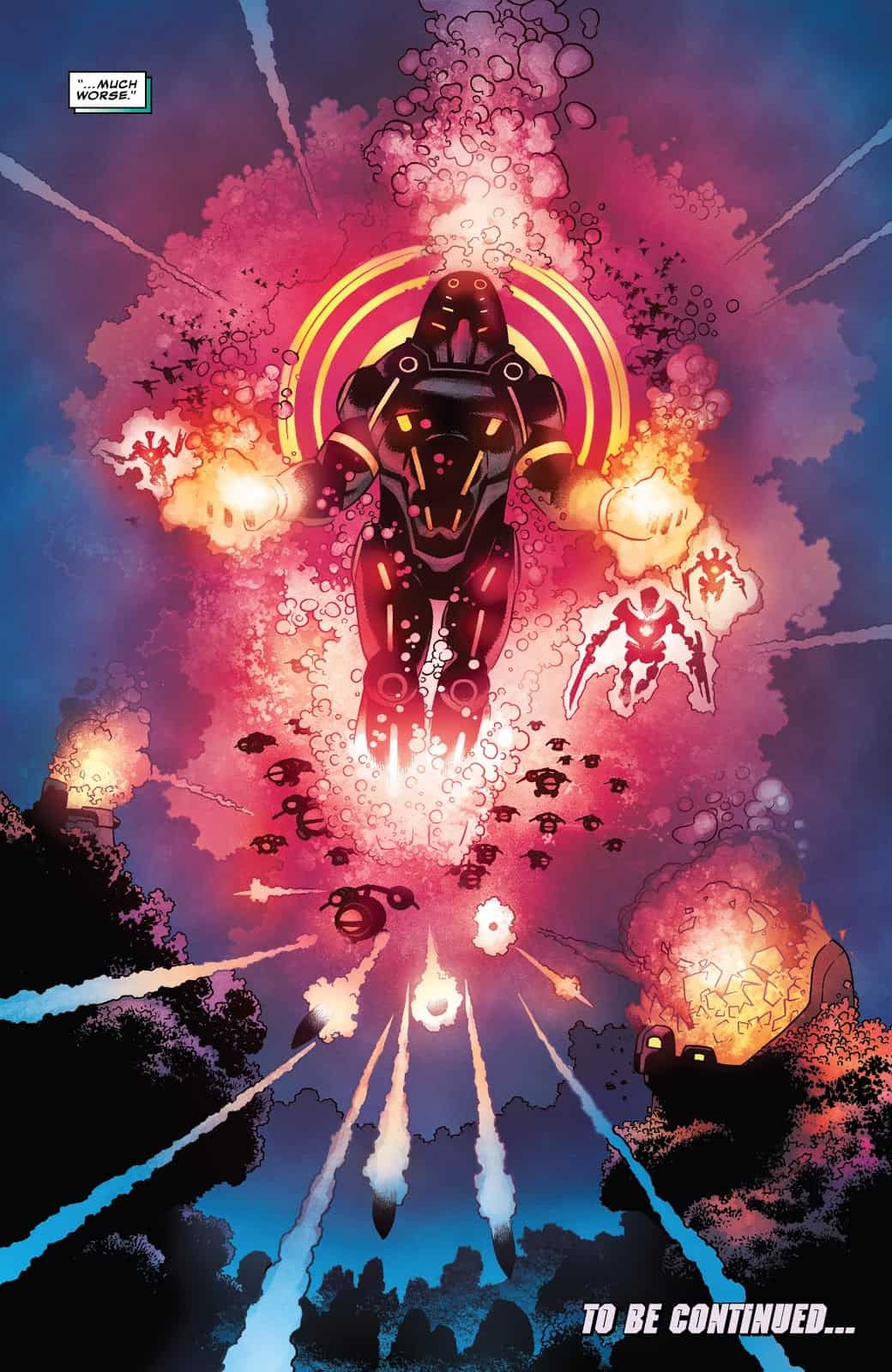 Black Panther #9 provides a surprising twist of elements to this intergalactic story arc.

Black Panther #9: The Enemy of my Enemy is my Friend