Black Widow #10: You lying so low into the weeds I bet you gonna ambush me 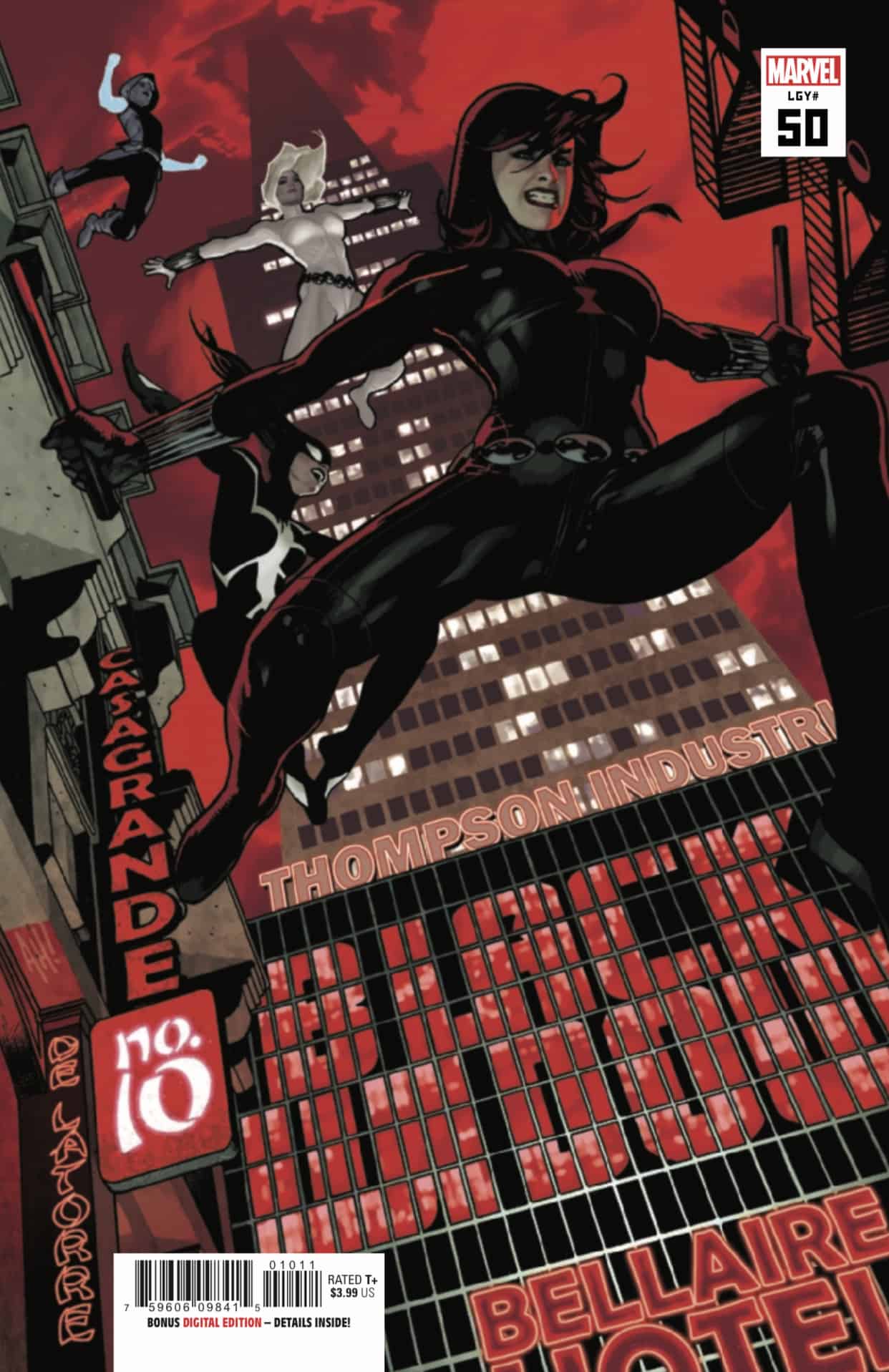 BLACK WIDOW'S LIFE BLOWS UP WITH HER LEGACY ISSUE #50!
Things are looking grim for the Black Widow as Apogee and his superhuman forces them back into a corner! With Lucy's powers still a possible death sentence and the Widows on the run, who will save San Francisco from Apogee...and who will save the Olio from themselves? "I Am the Black Widow" ends here, and a new power emerges as superstars Kelly Thompson and Elena Casagrande launch Natasha Romanoff into a new deadly era!

The final chapter between the Widows and their web, against Apogee and his cult, the Olio, for the sake of the most vulnerable of San Francisco. It’s also the 50th legacy issue of the Black Widow solo minis and series, so I’m assuming that’s why we got the big shablam here. This book is action from the jump, and Thompson, Casagrande, and De LaTorre took no prisoners. We get loads of characterization, which has become a staple of Kelly’s writing style, and beautiful pages, which you can always expect from Elena and Rafael. 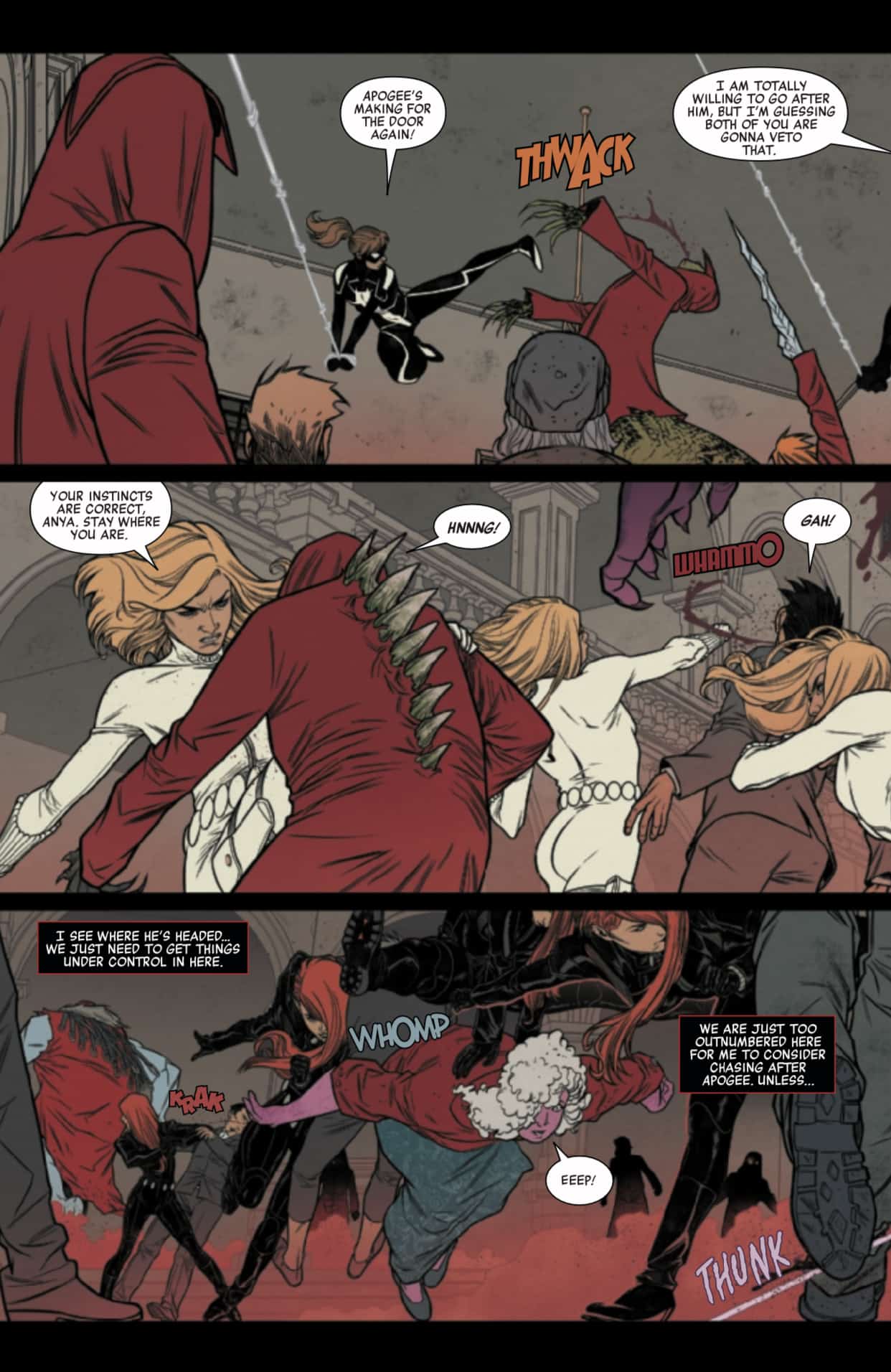 Craig, Nat’s nerdy Q, has come up with what he thinks is the cure for Apogee’s victims and followers, when he and Lucy head to his complex to save the day. They arrive in the nick of time, depowering the tick time Olio’s, and expose who Apogee is under the mask. He’s someone familiar to Natasha, but I’m drawing a blank. He kinda looks like a juiced up Rasputin, who was shown to be alive in Coates’ Captain America, but he was shown to be a magic user, so why he’d be using chemicals to give others powers doesn’t make sense, so I’m drawing a blank here. 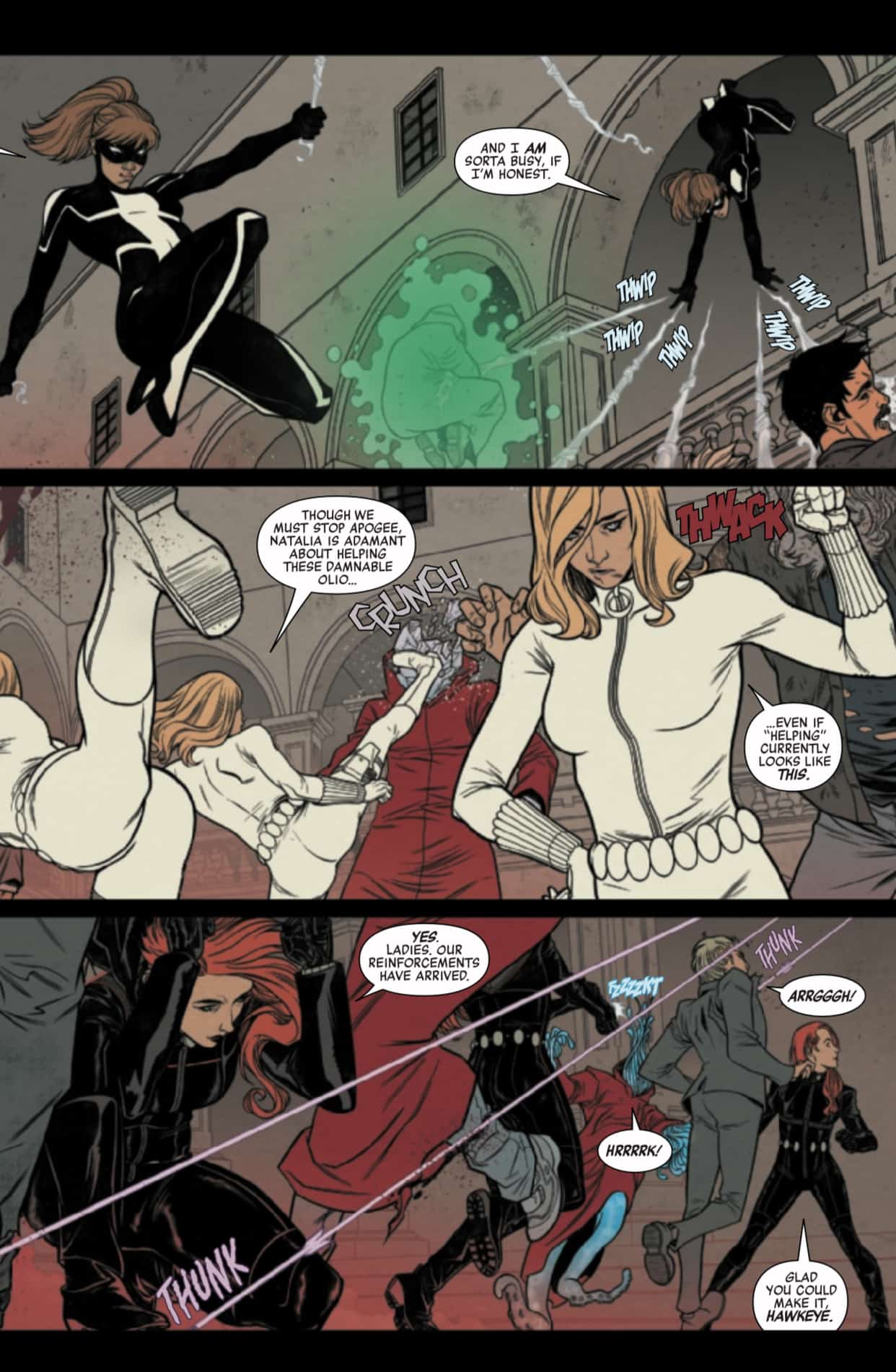 Kelly kills it with Natasha and Yelena, which I’ve grown very accustomed to over the course of this series, but I still haven’t warmed to Lucy, Anya, and Craig. Fortunately for Kelly, she’s had more hits than misses for me over the last few years that I’m more than willing to give these guys some time. I do confess that using Anya as a spy in training is very interesting to me, so I’m here to see where this goes. The biggest point of contention for me with this arc was I just don’t care about Apogee, his Olio, or Lucy. Lucy reminds me so much of Hazmat from Kelly’s Captain Marvel run that it feels like I’ve seen it all before. She brings in Kate Bishop at the end, and I’m hoping to see more of Hawkeye mixing with the rest of these strong female heroes.

As far as the art, what else can I say that I haven’t said over the last few issues? Casagrande and De LaTorre might be two of my absolute favorite artists working at Marvel currently. Elena’s art is like poetry in motion, where De LaTorre’s is so kinetic, and cool, it brings that stealthy noir feel that a book about Marvel’s premiere spy deserves. 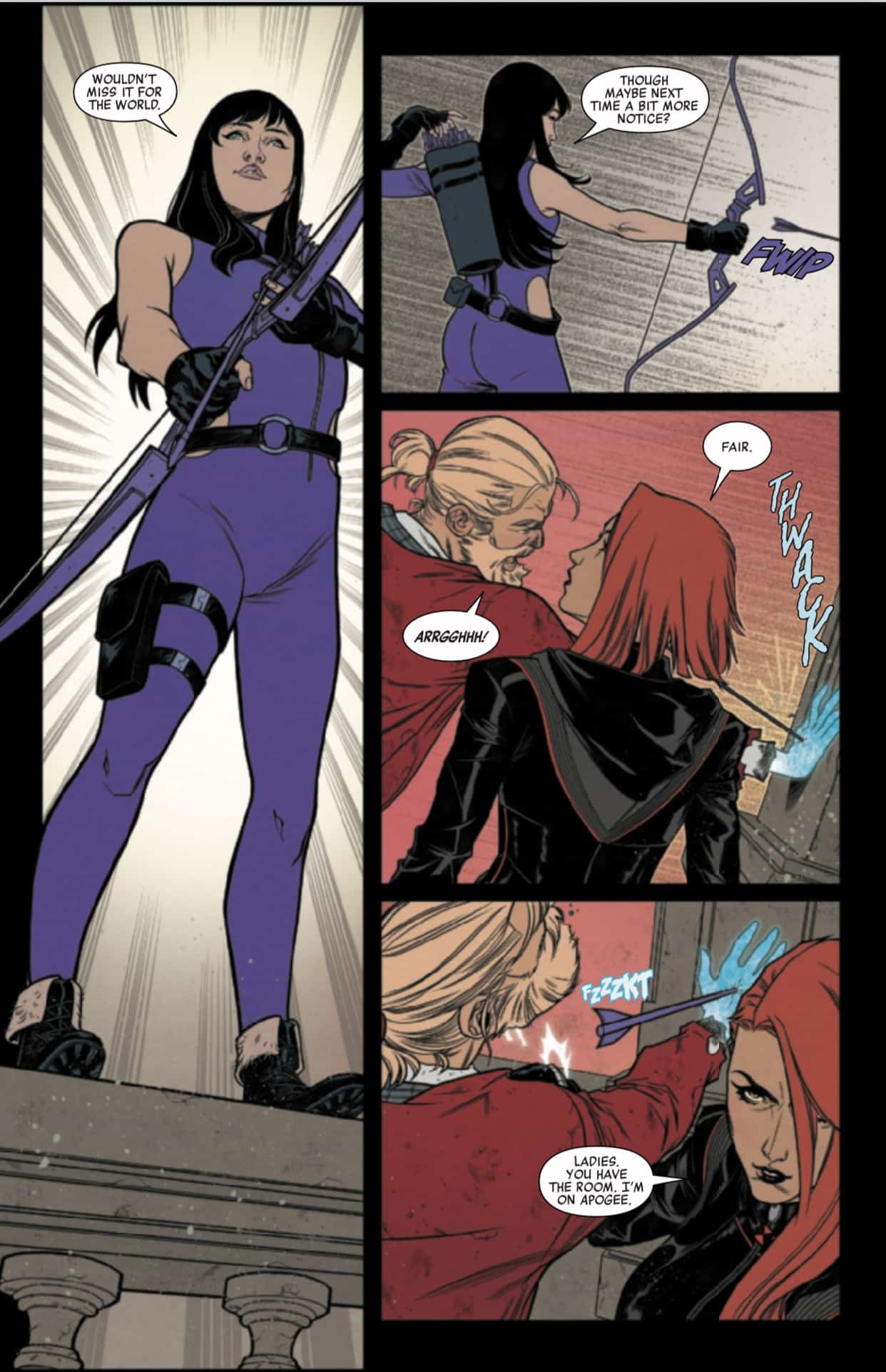 Kelly’s second arc finishes up with this issue, and she’s added more people to Natasha’s supporting cast, and they’re looking to add some interesting layers for the titular heroine. Thompson has made Yelena an integral part of this book, and it feels so much better with her. The friendship feels natural, and Yelena evokes a different side of Natasha than their American allies, which opens up new paths to explore.

Black Widow #10: You lying so low into the weeds I bet you gonna ambush me