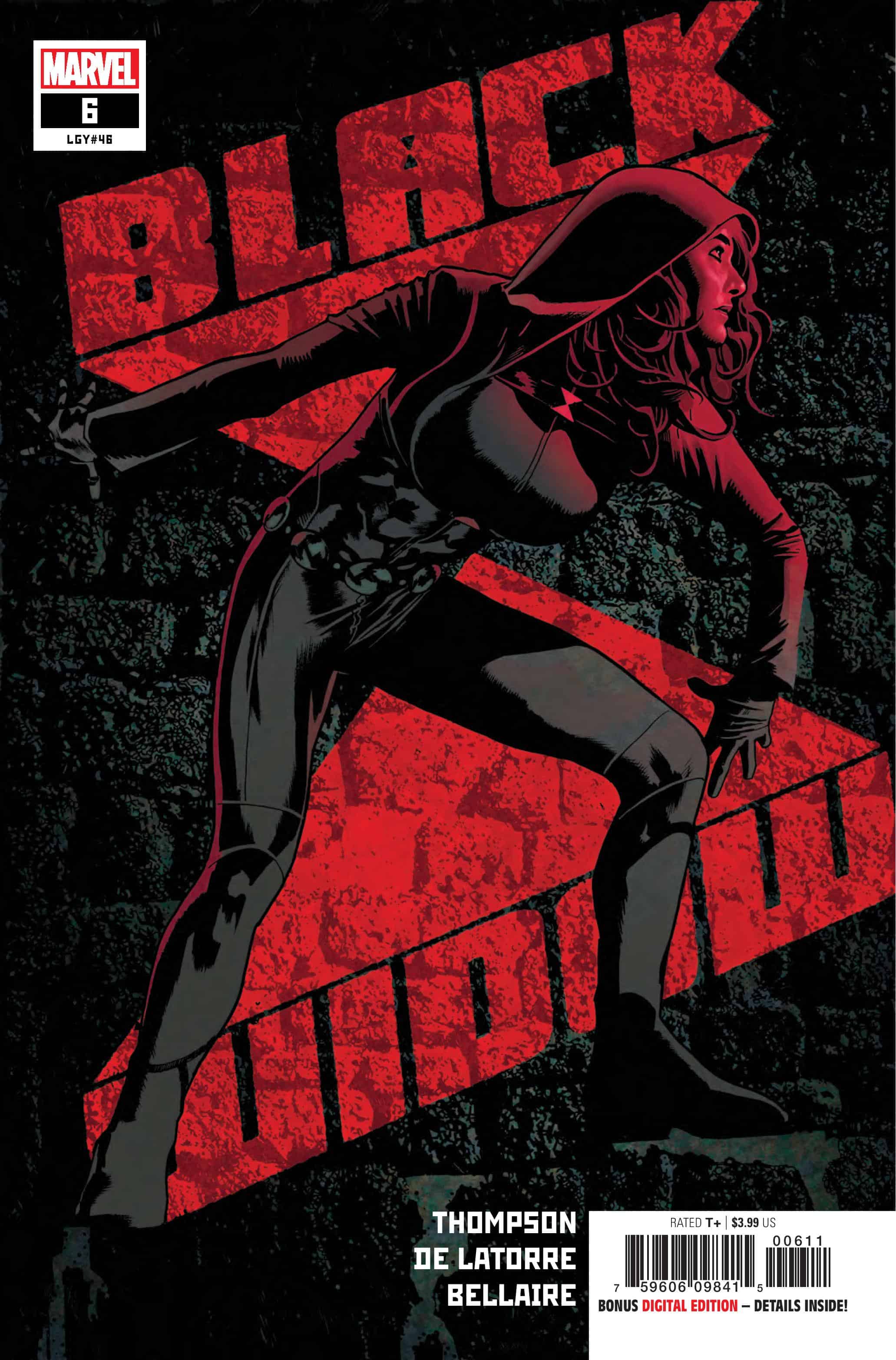 Natasha Romanoff has just been through the most emotional adventure of her long life, and the experience has left her looking to do things a bit differently. Allies new and old will come to her aid for this bold new mission best described as... San Francisco now belongs to THE BLACK WIDOW... but the mysterious Apogee may have something to say about that

Kelly Thompson isn’t afraid to drop you into the thick of it and this issue is no exception. We left Natasha having just gone through a heartbreaking loss. This is Natasha Romanoff though, she doesn’t rest on her laurels ever…She’s got a new look and new mission and the White Widow Yelena Bolova to help her. What that mission is? Well at this point we don’t really know what that is as Thompson throws us headfirst into a major fight scene as the Widow squares off against a series of unknown super-powered henchman that work for someone called APOGEE and who obviously want Natasha eliminated… the question is why? 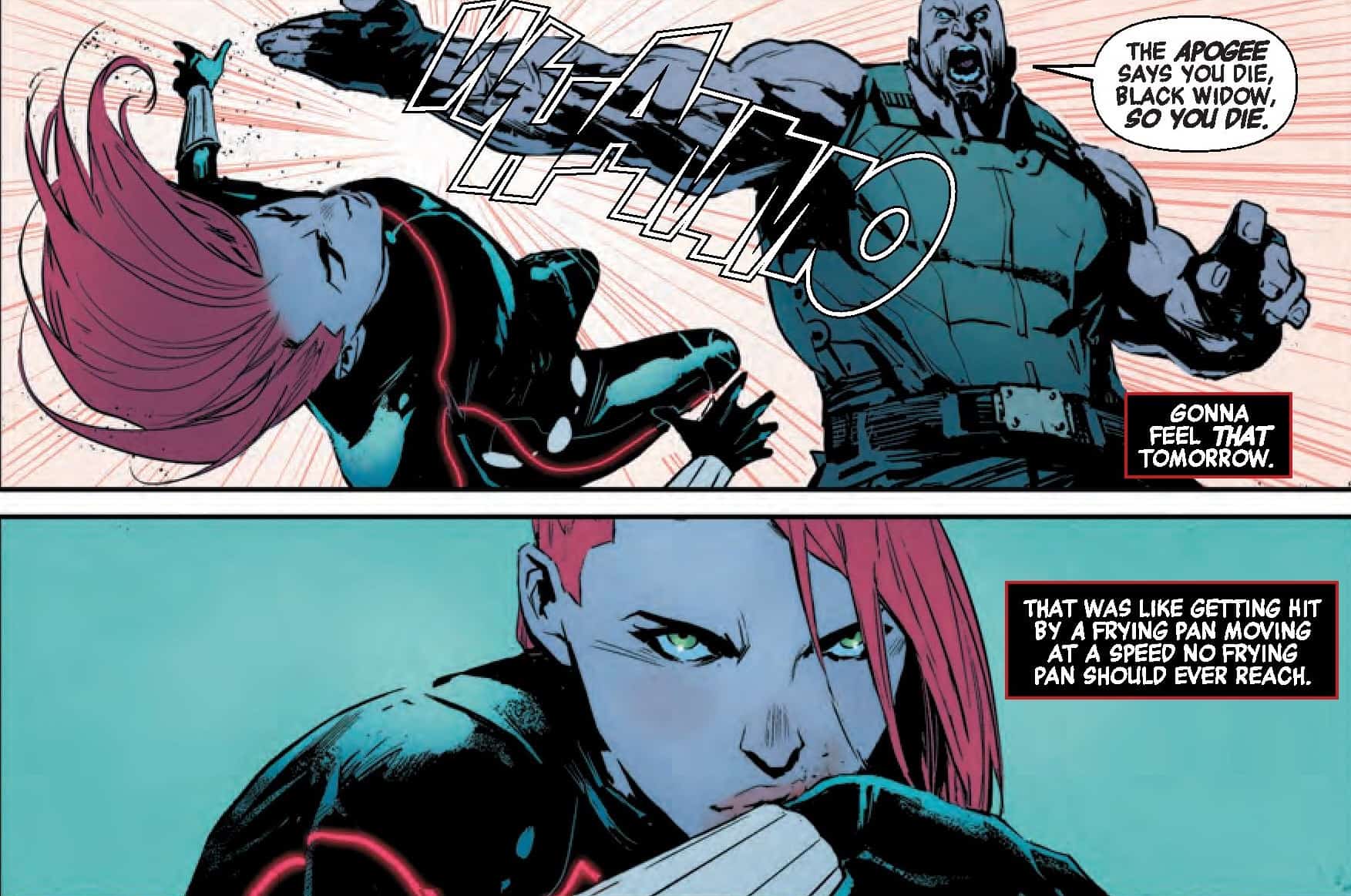 We then get bounced back in time to six weeks earlier when a young woman tries to pickpocket Natasha and as you can imagine that doesn’t end well for the pickpocket that Natasha bargains with before the young woman darts off carrying a tracer. Thompson plays the two personalities of Natasha and Yelena off each other really well. Natasha is a lot less blunt in her approach to things and that speaks to her past experience and it’s good that you get the differences in the two Widows from their dialogue. The issue is well written and I have to say still keeps things nebulous and mysterious making you guess at exactly what Natasha and Yelena are up to. Who is APOGEE and why do they have super-powered henchman and why is that pickpocket working for them? 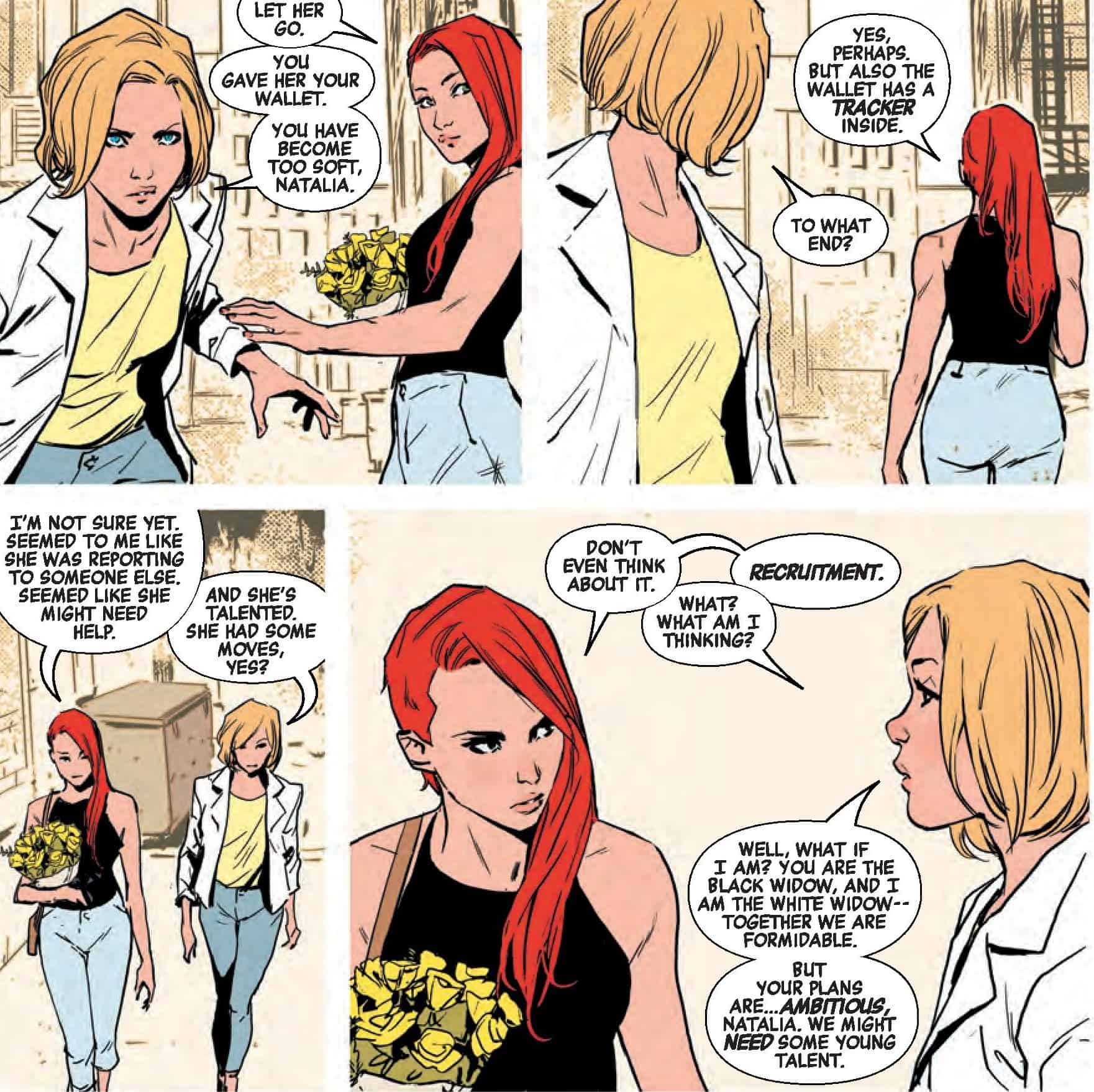 It’s also good to see the team are not just writing off the trauma of what Natasha has just been through off, it’s left a mark and there are painful reminders at inconvenient times for Natasha that come in flashbacks.

Rafael De Latorre is the stand-in artist on this issue and he doesn’t disappoint at all, his Natasha is razor-sharp in her new suit, beautiful and deadly while busting arms and skulls. The art isn’t as clean-lined as series regular Elena Casagrande but the sensibility in style is quite similar and that works well. the action scenes are dynamic and have the sense of pace that they should have, this is accentuated by Bellaire using multiple shades of single colors for backgrounds that really help make the figures in the foreground pop. It’s always a fun time when there’s a character with wings or puking superpowers amirite?

There is a good range of facial expressions too and the eyes from De Latorre are expressive and never dead or cold. Petit is on point on the lettering and Adam Hughes hasn’t missed yet with a single cover on the series.

Issue #6 chucks us headfirst into the new arc, is long on action but short on concrete answers as it cultivates an air of mystery around Black Widow and the White Widows' new mission. It's just the right blend of mystery and action to make you invest in this new storyline.