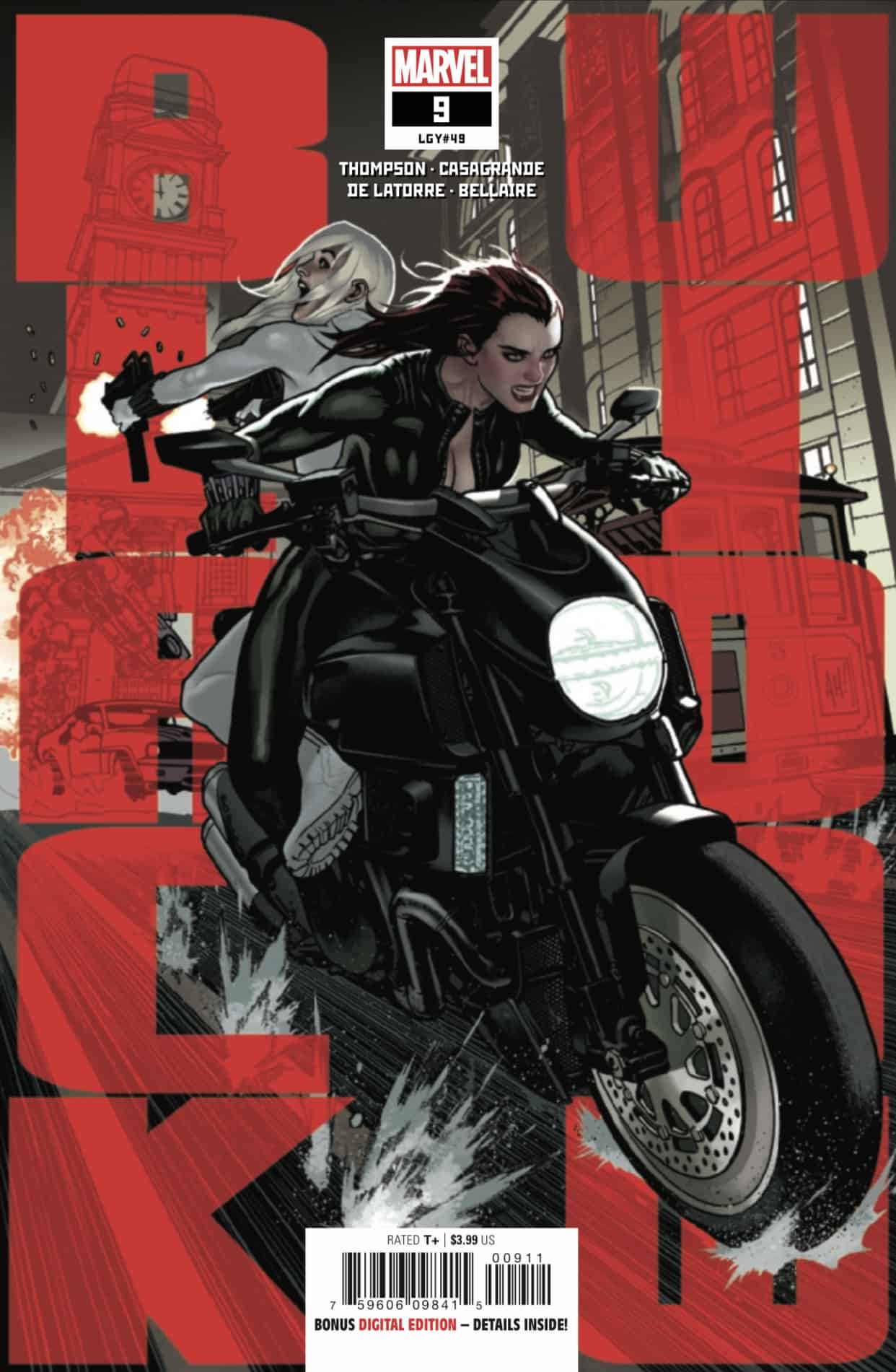 The Black Widow and her team learn the source of the Olio’s powers—and the bleak fate of those in thrall to Apogee, including Natasha’s protégée, Lucy, whose time is running out. Natasha and Apogee go head-to-head for the future of San Francisco, but Natasha will risk everything to protect her city and the new life she’s built there.

It’s part three of Widow and her team’s battle with Apogee (I did that on purpose), and the stakes are just getting higher. Last issue we learned that the Olio—oli-oli-o—have the chance to burn out if they continue to use their powers, and thanks to the raid on their compound last issue, has pushed up the timeline to tonight.


Nat takes Yelena & Anya as they go balls to the wall on Apogee and his cult-like followers in an absolutely beautiful two-page spread from Elena Casagrande, and it’s clearly evident that this is what she do, and what she do is very, very good. While the girls are busy dealing with Apogee and the crew, Lucy, and teen super science guy, Craig, are back at the Web working on a cure to save Lucy and the other victims of Apogee’s serum. 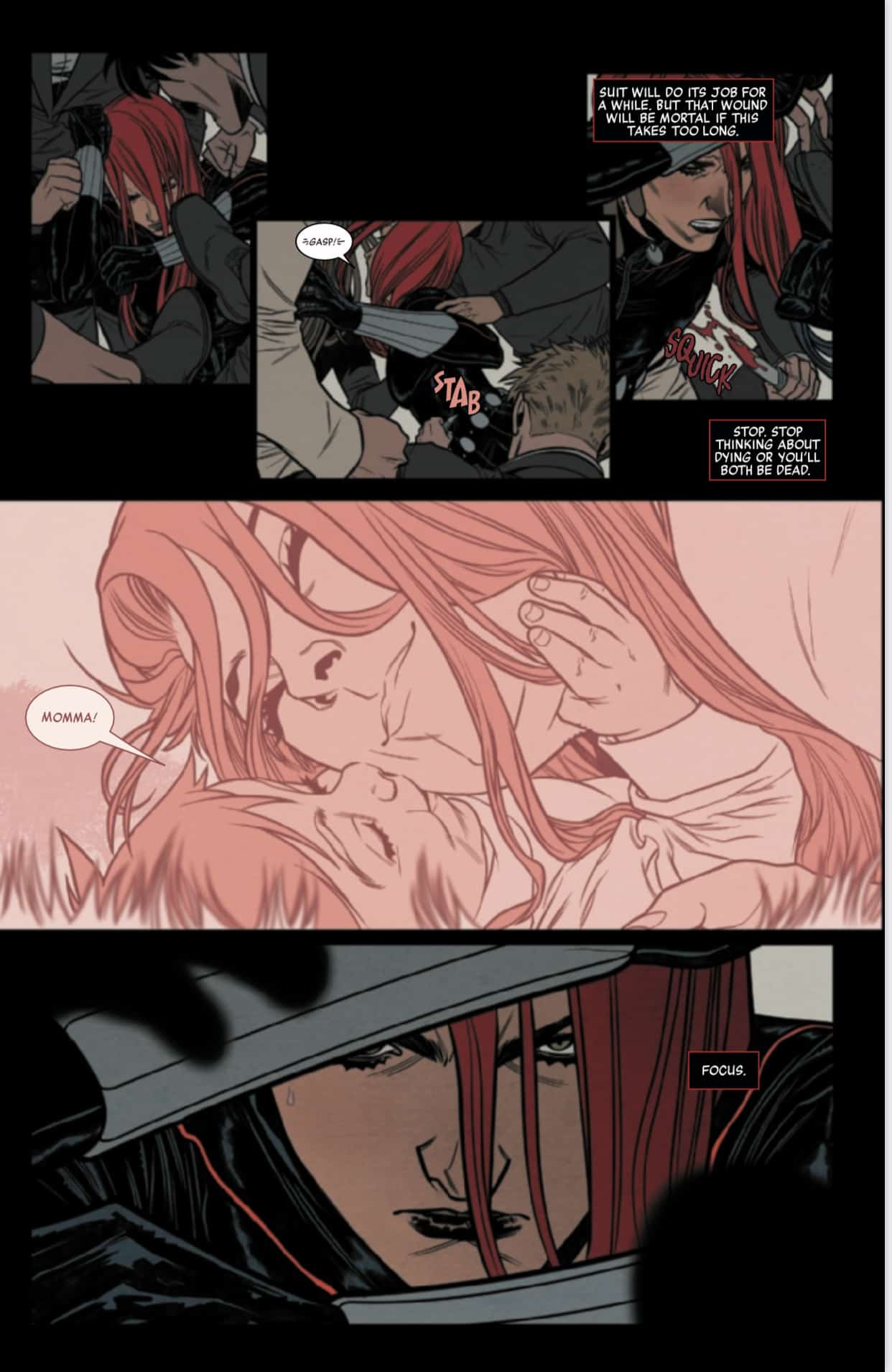 The story, while not the most interesting, still has key moments that keeps me engaged, and that comes from the relationships between the characters in the book. Kelly has this gift with her writing where she creates these complex, engaging relationships between characters, and makes them into a cohesive circle of friends. Whether it’s the banter between Natasha and Yelena here, or how Carol and Jessica get along in her Capt. Marvel book, it’s something that keeps me coming back for more. 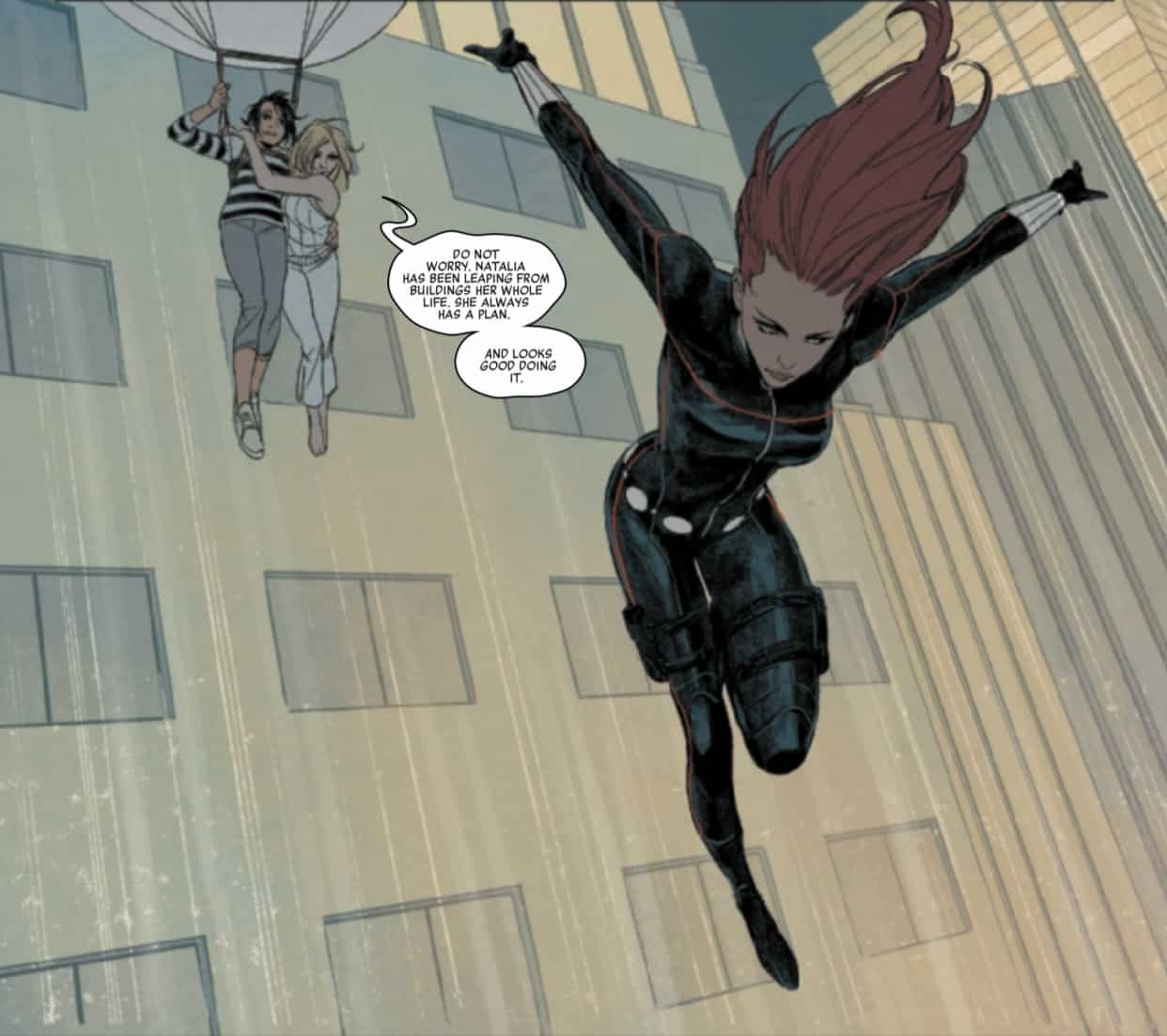 Casagrande and De La Torre are incredibly compatible artists, where neither styles are that different from the other to be jarring, which can negatively affect the flow of a comic. I’m so glad Marvel realized this with the current run, instead of going with multiple artists per issue, like in a couple of the X-books during the Hellfire Gala. All of the artists involved in the Gala issues are incredibly talented, but the significance in how different their  styles are was more of a detriment than a boon.

I don’t want to be too harsh on those books, because I’m not privy to any of the corporate and editorial shenanigans, just that the flip flopping of styles took me out of the story. Whereas here, I don’t have that same problem. It’s sleek, consistent, and keeps me fully engaged from beginning to end. 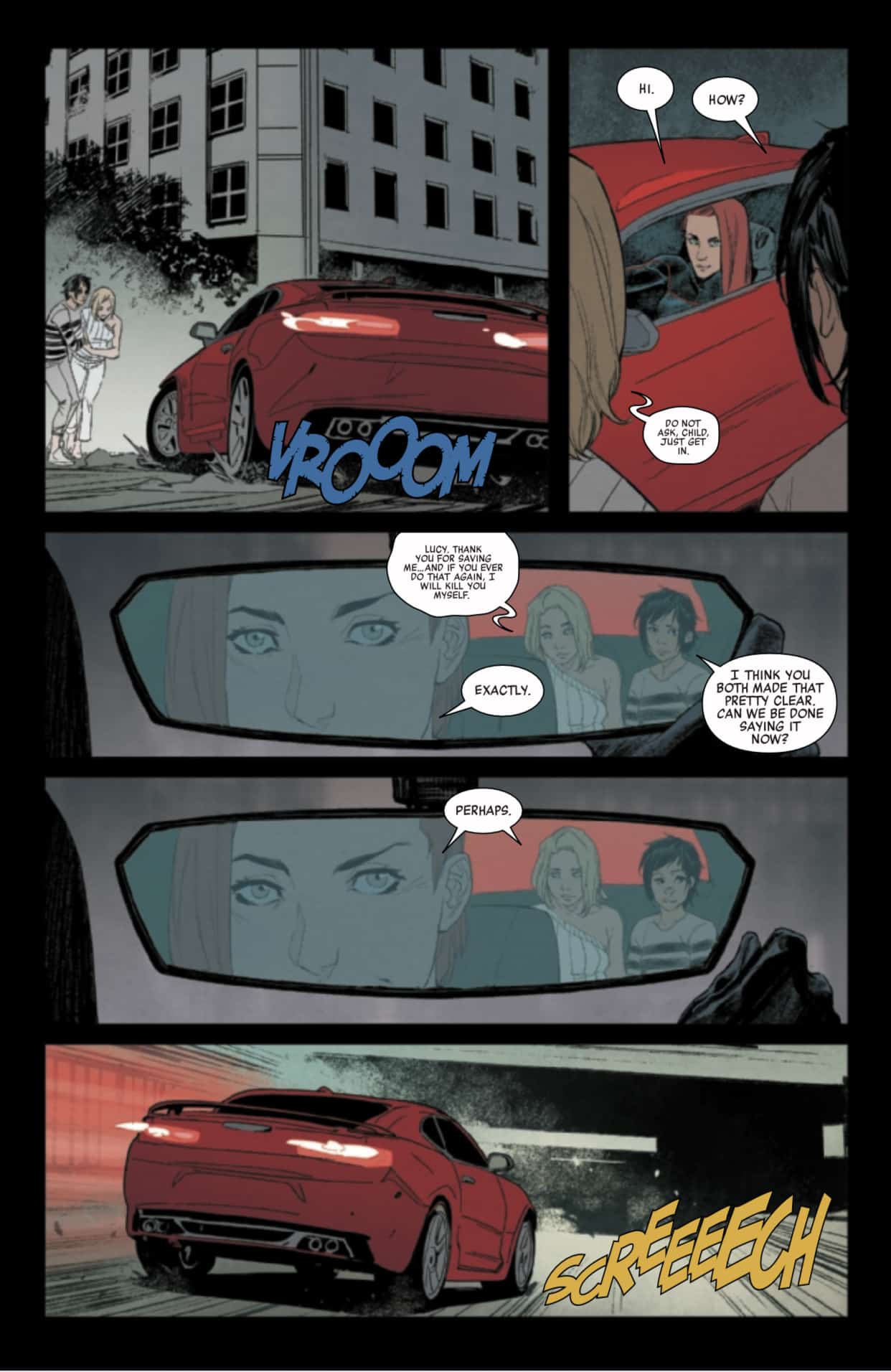 With a quick wit, sleek art, and compelling characters, Kelly Thompson, Elena Casagrande, and Rafael De La Torre have made this book the one I look forward to reading most every time it comes out. Kelly’s got a real knack when it comes to creating a group of characters to care about. Natasha’s had several books over the years, but Kelly Elena, and Rafael have struck just the right elements that make this run one to look out for.