Blink #2: Horror That Gets in Your Head 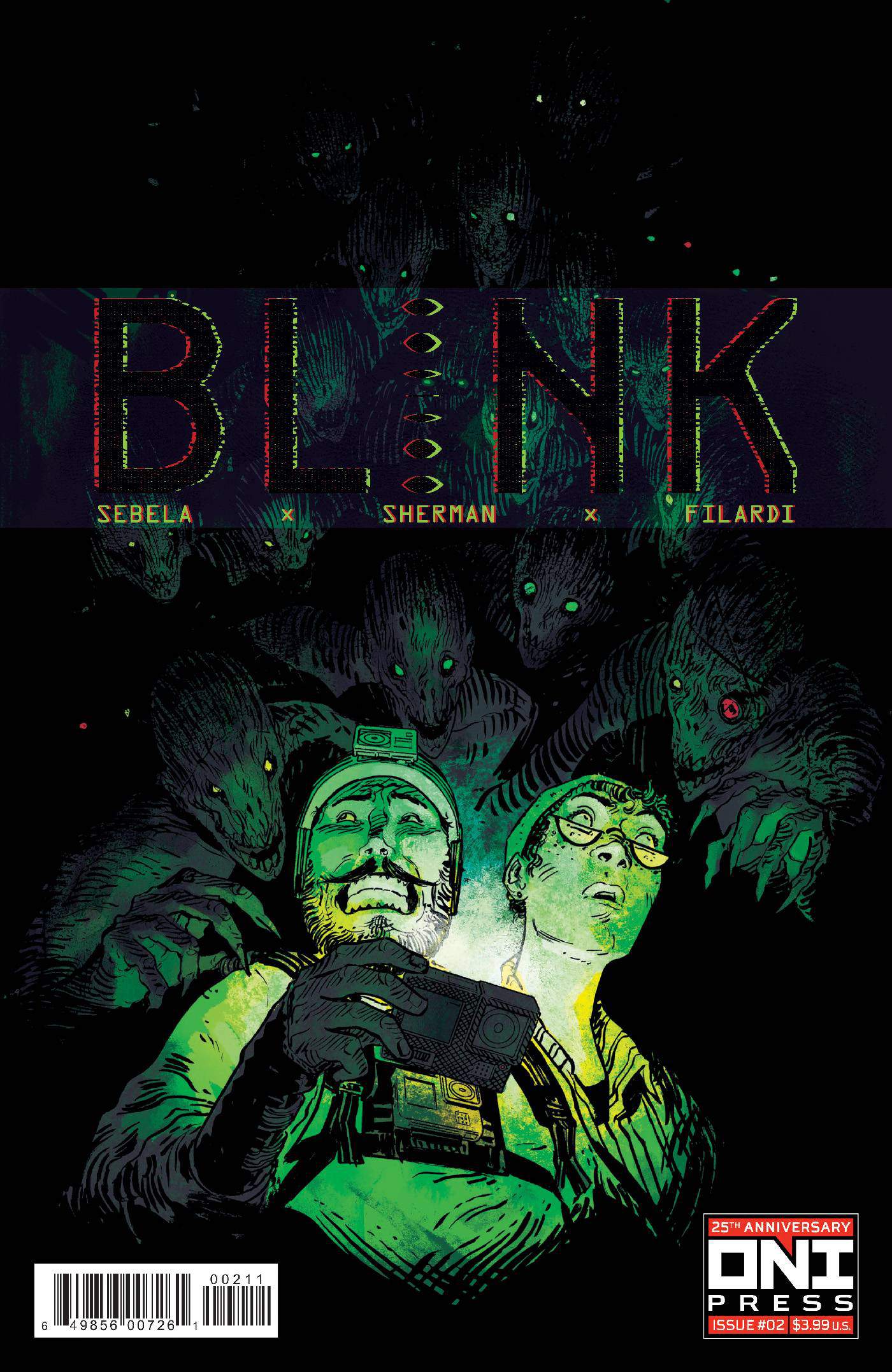 Wren has followed her obsession with her past all the way down into a world of impossibly long hallways, uncountable surveillance cameras, and the sounds of something following her through the dark. But what should be a foreign nightmare-scape feels all too familiar for Wren, and when she and Joel find footage of the social experiment that took place there, she begins to piece together the story of Blink--as well as her own ties to it.

The best horror stories keep their cards close to their vest. They get in the audience’s head and let them imagine the worst. This is exactly what Blink #2 does–limiting the explicit horror elements in favor of ongoing, slow boiling psychological terror.

Blink #2’s story picks up right where the first issue left off, with Wren and Joel exploring the connected basements of a row of brownstones. But where the first issue was fairly grounded and straightforward, focused on Wren trying to uncover information about his past which he has forgotten thanks to trauma, Blink #2 strays from the real and toward the unexplained. The intense focus on obsession that defined Wren in the first issue is still present in this issue’s story, but it’s toned down enough to facilitate new disturbing psychological elements.

As the issue unfolds, the story engages with ideas of voyeurism and exhibitionism in uncomfortable ways that harken to society’s obsession with reality entertainment and social media usage. Blink #2 eases into these story elements through Wren’s investigation of the basement area connected to his past. He watches as a large group of people voluntarily and temporarily join a reality show commune where they are constantly recorded (though they aren’t broadcast to a general audience). It’s a kind of experiment. But voluntary becomes compulsory. And eventually, the issue returns once again to obsession as a group of creatures are taking selfies of themselves as they terrorize Wren and Joel.

Blink #2 also delivers some standard horror fare alongside these psychological elements. The aforementioned creatures are one part of that. There is also the familiar idea of getting lost in a space that is bigger on the inside than on the outside. And the space is filled with evidence of a large group of people having lived in it but lacks any indication of what happened to them. Sebela handles these elements well, but his choice to make them secondary to the psychological elements rather than turn them into the focus of the issue makes it all the more unsettling and sets up the ending to be even more shocking.

The fear and tension generated by Blink #2’s story are further enhanced by Sherman’s unconventional layouts. The whole issue feels unsettled, and in a way, we feel as lost as Wren and Joel. As the issue continues and the circumstances become direr, the layouts become even more unusual–almost haphazard and disjointed. There’s no need for dialogue or narration to tell us how terrified Wren and Joel are because Sherman’s visuals tell us all on their own. The visual creep factor is dialed up way past 11, and it’s one more way that Blink #2 gets deep in your head.

Cvetkovic’s lettering contribution also can’t be overstated. It grows more chaotic when the danger increases and, like Sherman’s layouts, makes the entire issue feel somewhat off balance by further turning up the creep factor.

Blink #2 is an all-around disturbing psychological horror experience. Every part of this comic contributes to the constantly building tension and fear. At no point does the issue put all its cards on the table, instead leaving much of what’s going on to the imagination. It is crafted to get deep inside our head and let the worst things we can imagine run wild, and it succeeds wildly.

Blink #2: Horror That Gets in Your Head