With a bounty on his head and demons hot on his trail, Ghost Rider, Blade, Satana and Daimon Hellstrom dive deeper into the mystery surrounding the silver bullet. 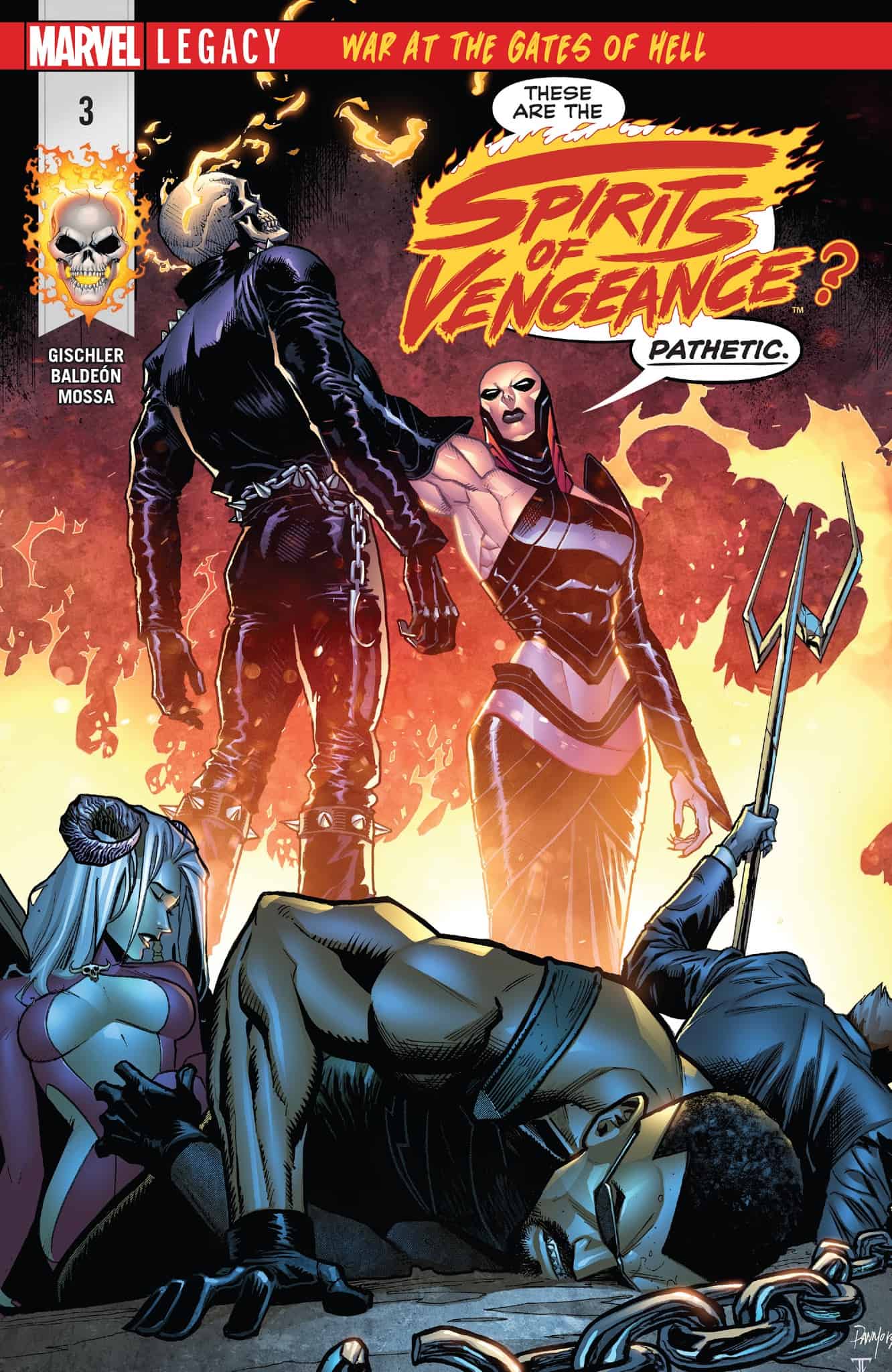 When an angel makes the ultimate sacrifice to deliver an enchanted silver bullet to Johnny Blaze, his fate was sealed. With a bounty on his head, the Ghost Rider calls upon old friends. Daimon Hellstrom, Blade, and Satana have answered the call and Necrodamus, the ambitious sorcerer has begun to make his move.

Necrodamus begins with his account of events which led him to possess the cursed silver, the reward for Judas’s infamous betrayal of Jesus and the catalyst for his subsequent guilt-ridden suicide. Matthias, according to the Acts of the Apostles, was chosen by the remaining apostles to replace the betrayer. His gospel reveals that the fateful 30 pieces of silver were cursed and tainted by pure evil, yet possessed the mortal strength to end the existence of the immortal. Once his lost gospel fell into the hands of the necromancer, it was only a matter of time before the silver followed. 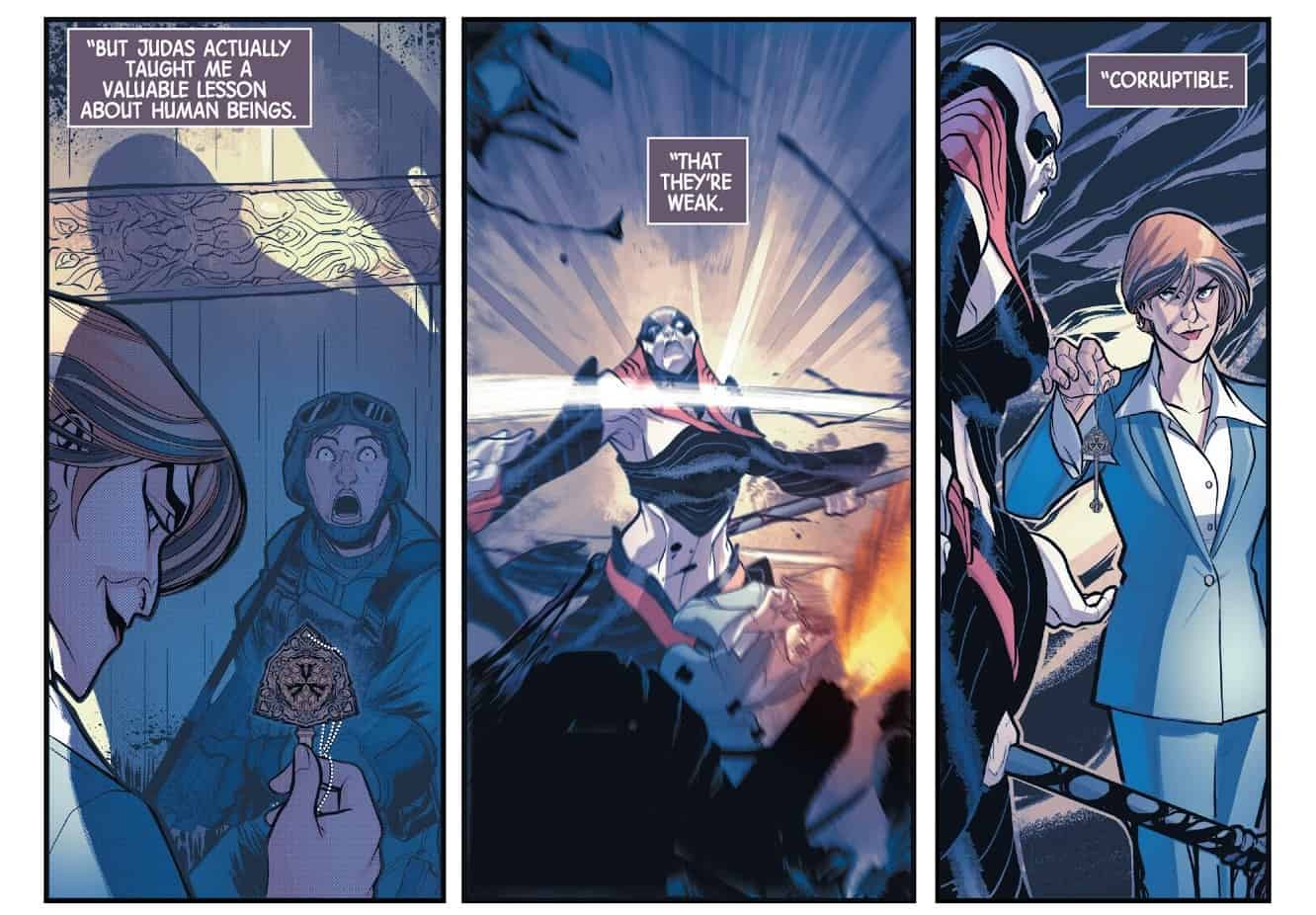 Daimon’s contacts are all dead, save one. Edwin is frantic, desperate for Daimon to provide sanctuary. Anyone who saw the coveted bullet has been murdered. Edwin knows he’s next. Spurred on by Necrodamus who is pressed for time, the subservient goddess Razan descends upon Daimon, and the Ghost Rider. 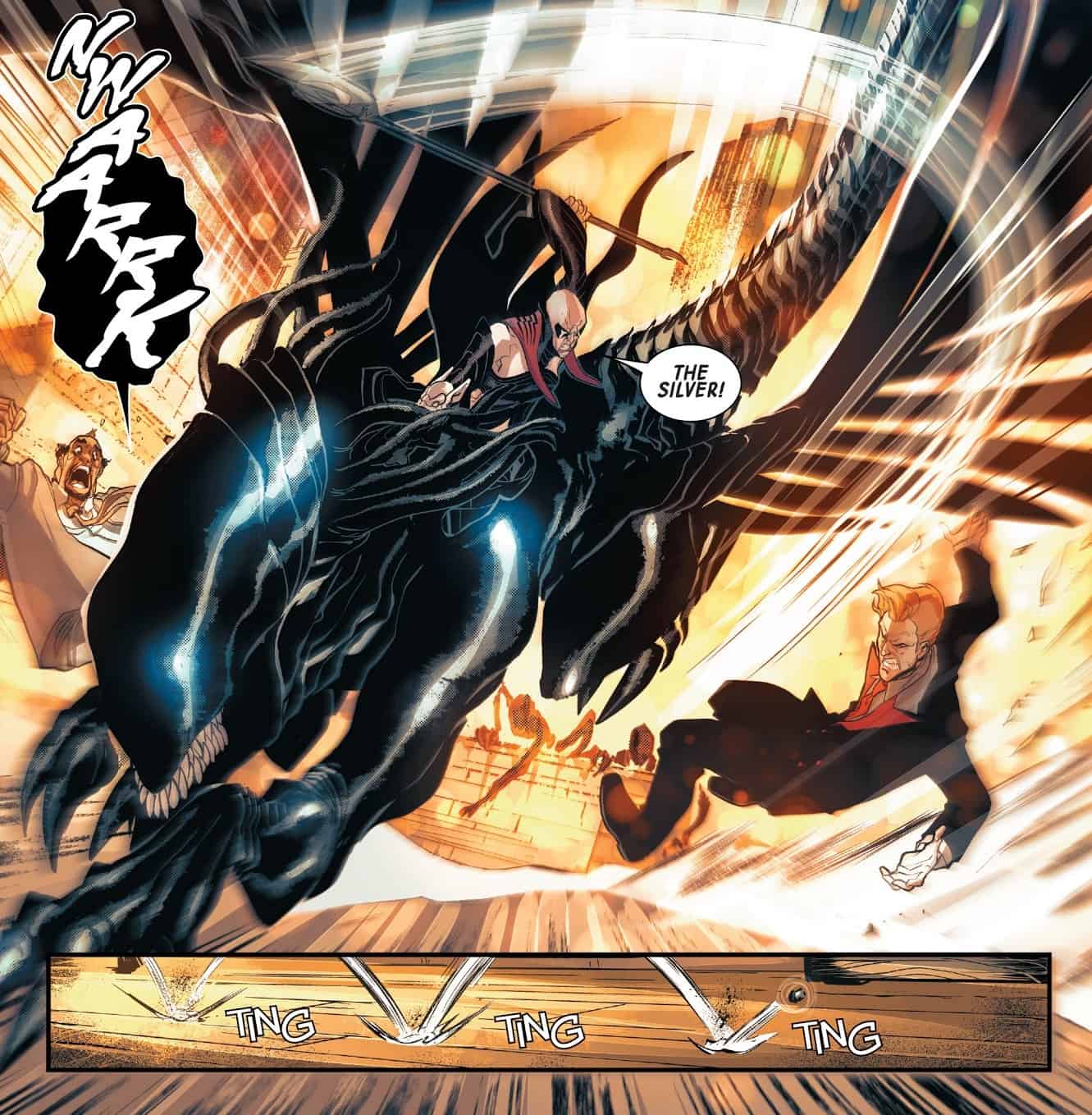 The attack takes the group by surprise and Razan manages to secure the bullet. As the Ghost Rider launches in pursuit, Satana and Blade arrive in Port Brimstone. The Hellstroms have a particularly dubious reputation among the locals. When Satana makes inquiries, the two are greeted by a less than welcome response. Satana doesn’t appreciate the interruption and by way of hellfire reaffirms her perilous repute.

Razan arrives and to her master’s satisfaction, delivers the missing bullet. With the all 30 pieces of silver in hand, the dark dwarf forges Necrodamus’s ultimate weapon, the Archangel Killer. 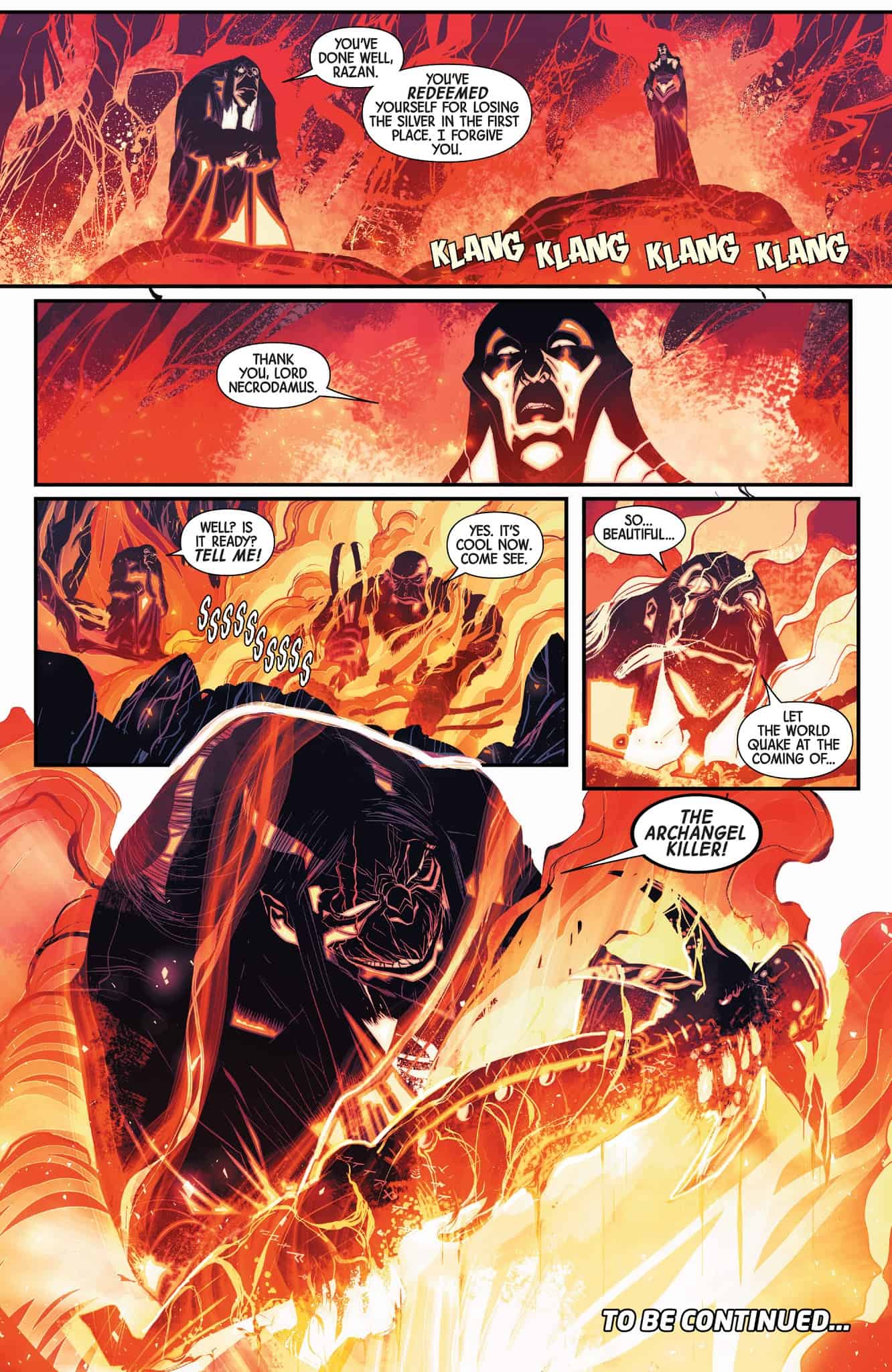 Issue #3 continues the mythos surrounding the silver bullet and builds the lore around its origin as it relates to Judas and the death of the Messiah. Saint Matthias is not often referenced in religious doctrine. With only limited facts surrounding his scarce involvement as the 11th apostle, Victor Gischler finds the perfect individual to launch a new twist on canonical events. Building the arc upon his lost gospel, deemed heretical by the early Christian faith, Gischler’s tale is not only compelling and genuinely clever but also stylish in its manner in which each character and event culminate into true inspiration. Each issue continues to improve as I find SOV only more endearing with each installment. Issue #3 quickens the tempo of the narrative with the unavoidable entrance of Razan, the muscle behind Necrodamus. Though I wanted a longer battle, I understand that the true conflict is reserved for further along in the principal story.

David Baldeon’s art is absolutely excellent. His strengths are equal in moments in which the story slows to provide context and races with explosions of action. His illustration is given a shot of pure adrenaline by the color provided by Andres Mossa, further propelling the visuals and making each page vivid, striking and flamboyant. I would strongly assert that the creative combination of Victor Gischler, David Baldeon, and Andres Mossa has resulted in a powerhouse team rating among the top tier of Marvel’s talent.

Final Thought: Whether you have invested interest as a longtime fan or exploring these characters for the very first time, Spirits of Vengeance, re-envisioned by brilliant imagination of Victor Gischler and company is absolutely addicting and a true standout from the rest of Marvel’s current comic line.