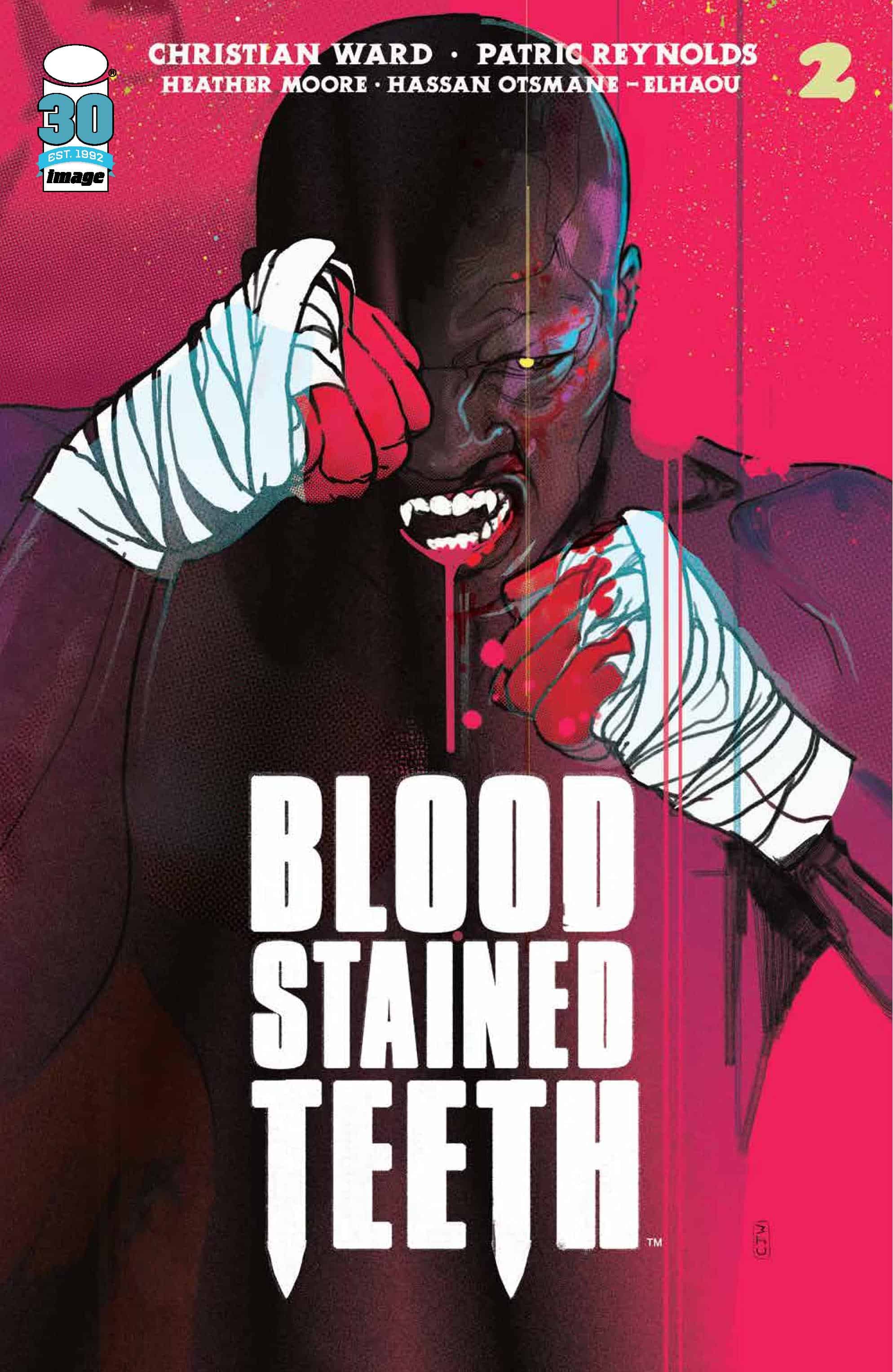 Vampire-for-hire Atticus Sloane is in trouble. Now, he’ll have to use all his guile to stay ahead of the First Born Council and the murderous Mr. Tooth. Unfortunately, that also means going head to head with vicious cage-fighting vampire Duke Ellis.

Issue #2 continues steadily down the narrative track laid out by Ward and Reynolds in the first issue. Ward uses the opportunity script wise to examine Atticus Sloane as a character while contrasting it with violence on page. Ward adds depths to Sloane here. Sloane IS as much a snob as the council in his disdain for the “sips” he’s made, viewing them as inferior to firstborns like himself and Sloane’s view of as to why people ask to be made vampires has a strong melancholy ring of truth. Yet there seems to be an underlying edge or layer of guilt or attachment to them on Sloane’s part, why else would Sloane talk to his dead driver companion sip if not as an expression of this? This doesn’t stop Sloane doing what he has to do and he proves the point about firstborns being stronger than sips in the most violent round about way possible. 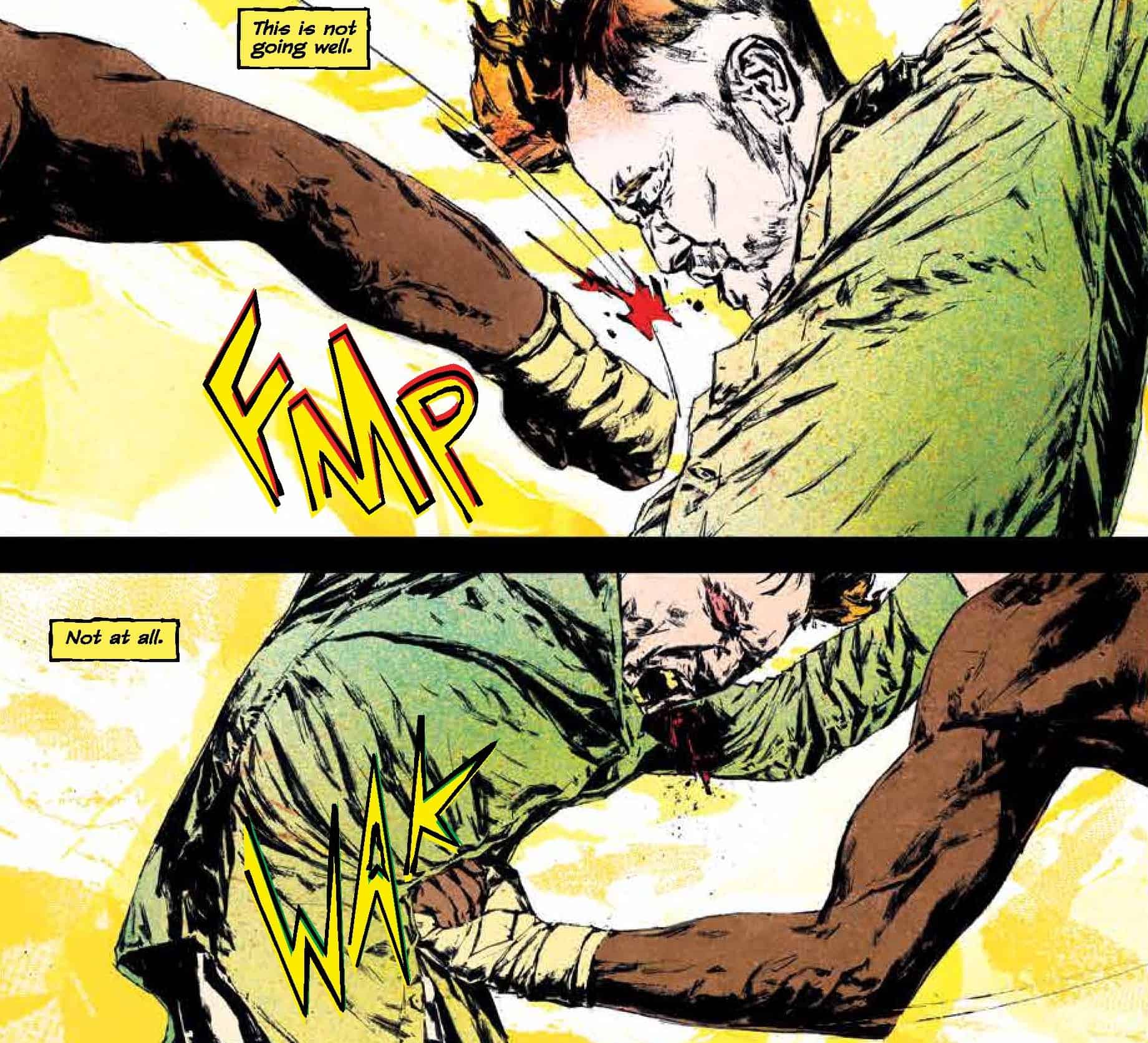 The fight takes up most of the issue before jumping back to the DR character who is making moves of her own against the vampire elders in power attacking one in its corporate office and I think it’s fair to predict that her and Sloane are on a crash course with each other. Has Sloane made a sip that may be vampires undoing… guess we will find out. It’s a slower more introspective script from Ward but engaging nonetheless. Ward does cut the very noir serious tone of the book with some black humor involving cows and overall writing wise it succeeds very well in constantly keeping you engaged despite the slower nature of the script. 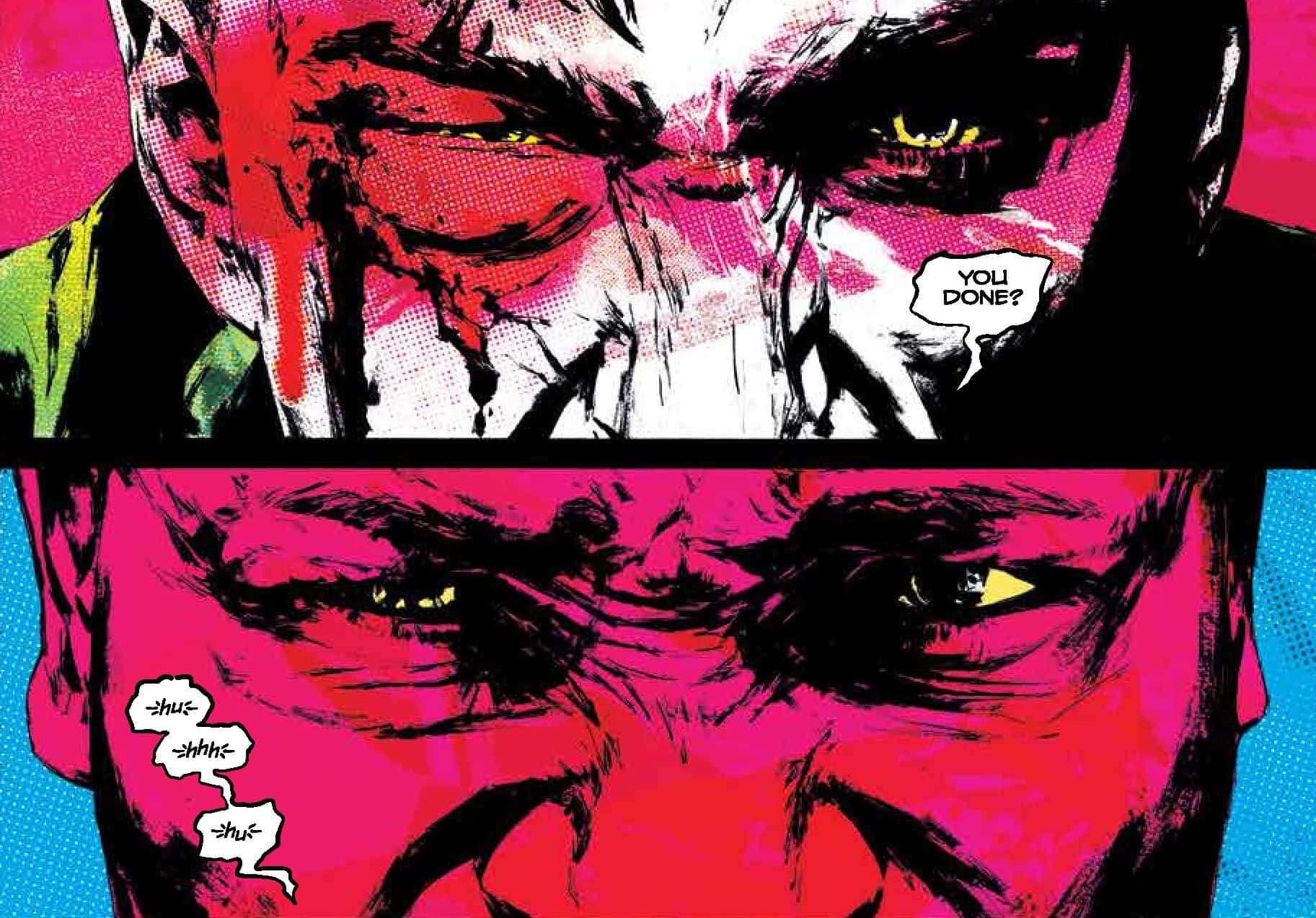 The neon noir nature theme carries on from Patric Reynolds and Heather Moore. From an art point of view Reynolds continues the same track but there’s a wonderful attention to background detail from him, There are easter eggs too… that Billboard movie advert is telling us something and I’m sure we will find out what. Reynold’s has an true knack for facial expressions, they are always unique,  deeply full of character and never generic. 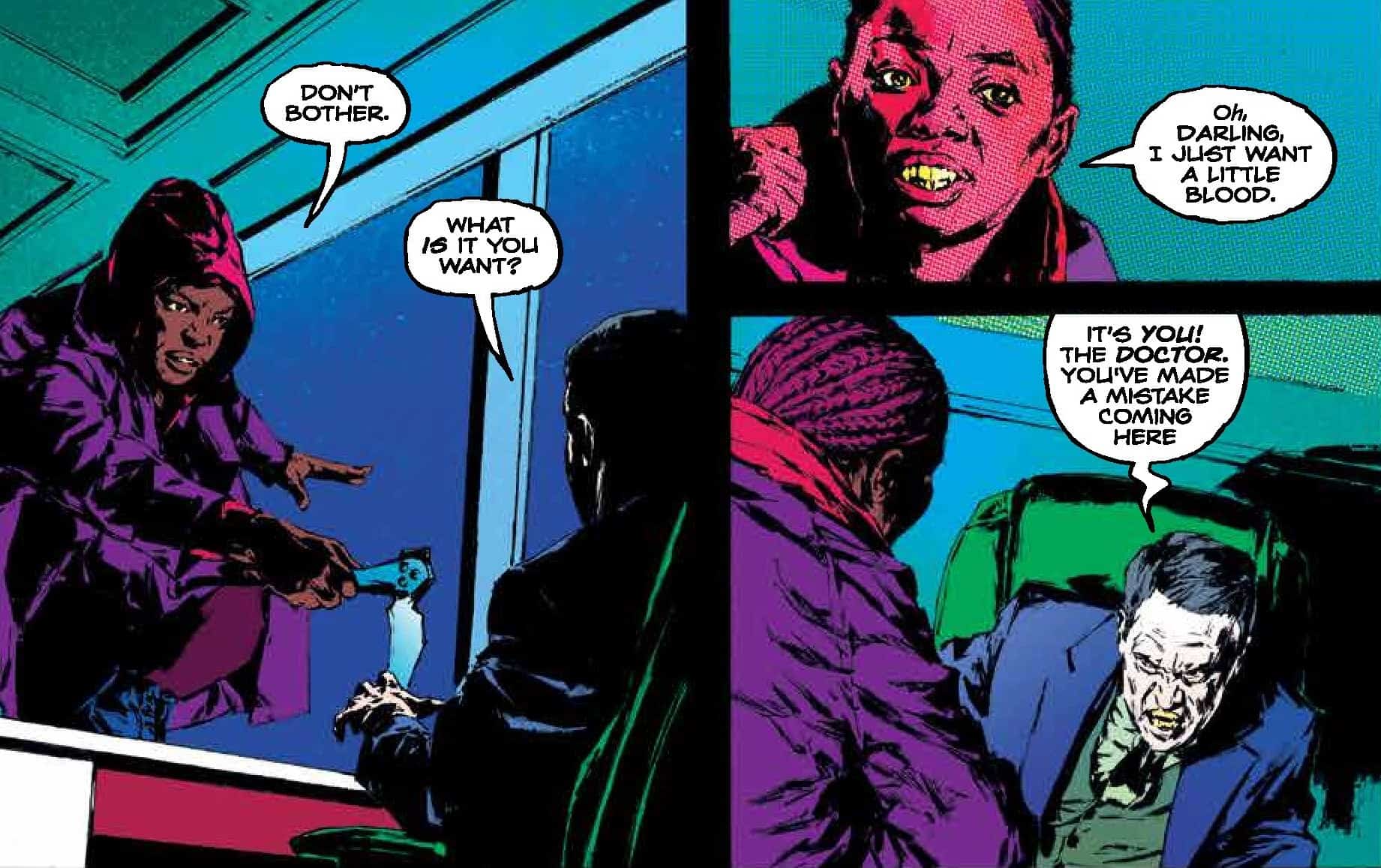 Moore’s neon aesthetic continues to be one of my favorite things about this book. The use of mostly single color backgrounds, or slightly different shades of the same color makes Reynolds foreground art pop in marvelous ways. The “blood” spatter Jackson Pollock art in the corporate vampires art is the kind of marvelous detail that speaks to an art team that’s paying attention to every element of what they putting on the page for us. Hassan Otsmane-Elhaou continues to give a master class in lettering. Every single speech bubble down to it’s shape is given consideration and that kind of attention to detail speaks to the effort involved. Ward’s cover is  a brilliant, striking neon affair and  I think it one ups his issue one cover with that brilliant contrast of the neon pink and dark brown skin on the subject

Issue #2 is a slower paced but cleverly balanced affair with Ward, Reynolds and company balancing a more introspective examination of our main  character with some gut wrenching violence on the page all bathed in glorious modern neon colors.  It's creator owned comics at it's finest.