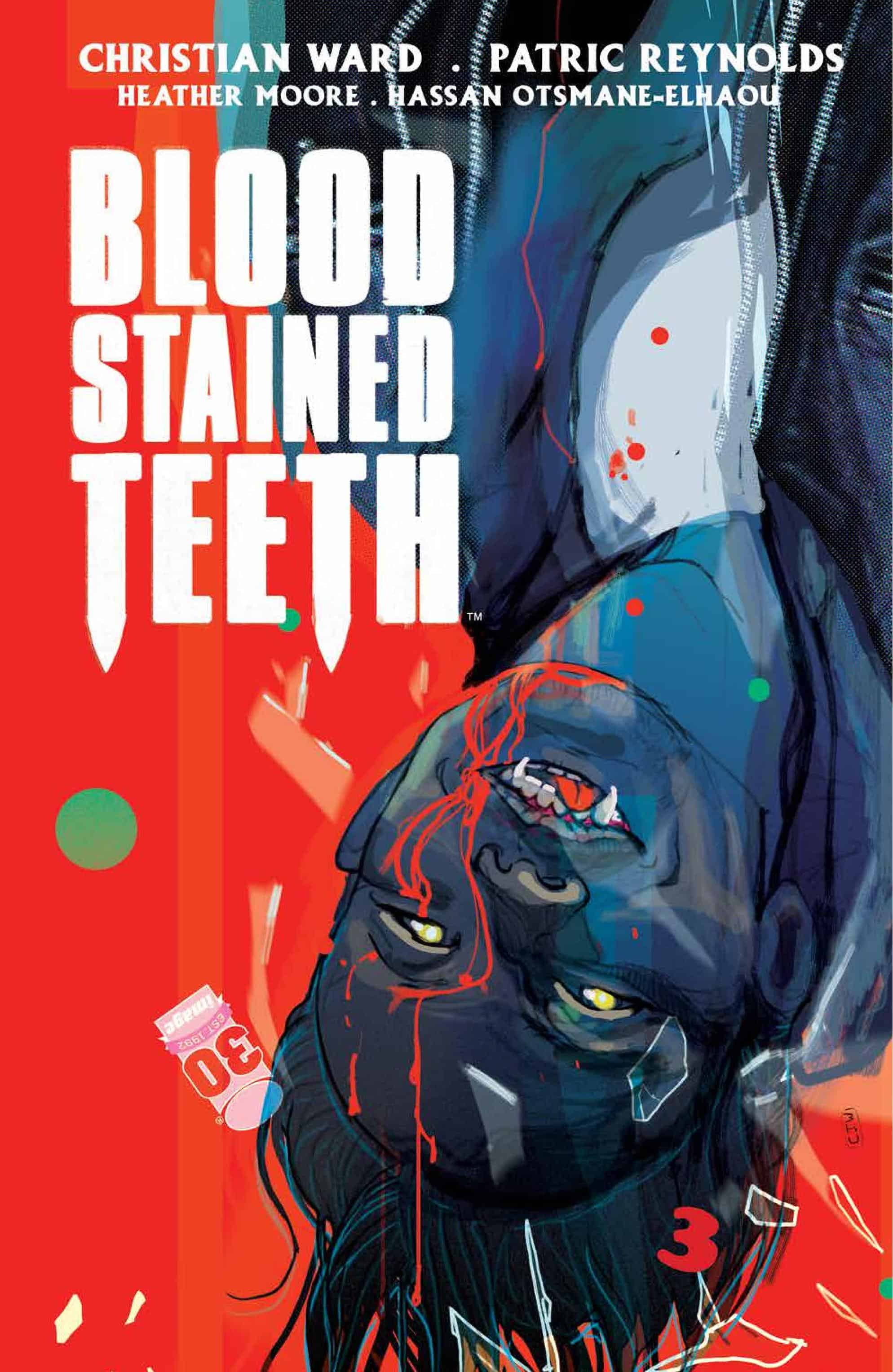 Meet Danny Park, a vampire whose particular fetish involves purposely crashing his automobile and then feasting on the Samaritans that come to his aid. He’s on a collision course with Atticus Sloane, and it’s a lovely night for a drive.

Atticus Sloane’s mission to dispose of the “sips” he has made continues… This issue is a straightforward affair as Sloane chases after a speed and accident junkie sip he made named Danny Park, who likes to speed, crash then feed on his victims when they try to help him. It’s a pursuit piece but Ward makes it interesting by having Sloane have a constant back and forth between himself and his own conscience represented by his former driver and assistant: the dead Joey. The psychodrama back and forth between Sloane and Joey (which is essentially between Sloane and himself) is a wonderful piece of proof that Sloane despite his claims of not giving a damn may have a conscience buried beneath all the cynicism. Still, the interplay allows us to learn the history of how Danny Park became a sip and why he kills the way he does. Ultimately Sloane catches up with Park and takes down the sip in a violently graphic and public way. Sloane’s so far alluded for feelings for pop star Alex Starr are brought into focus in a marvelous transition involving a poster in the train station and transitioning to Alex Starr the person. The moral of the story is to be careful when making flyers…they may get to places you never expected. 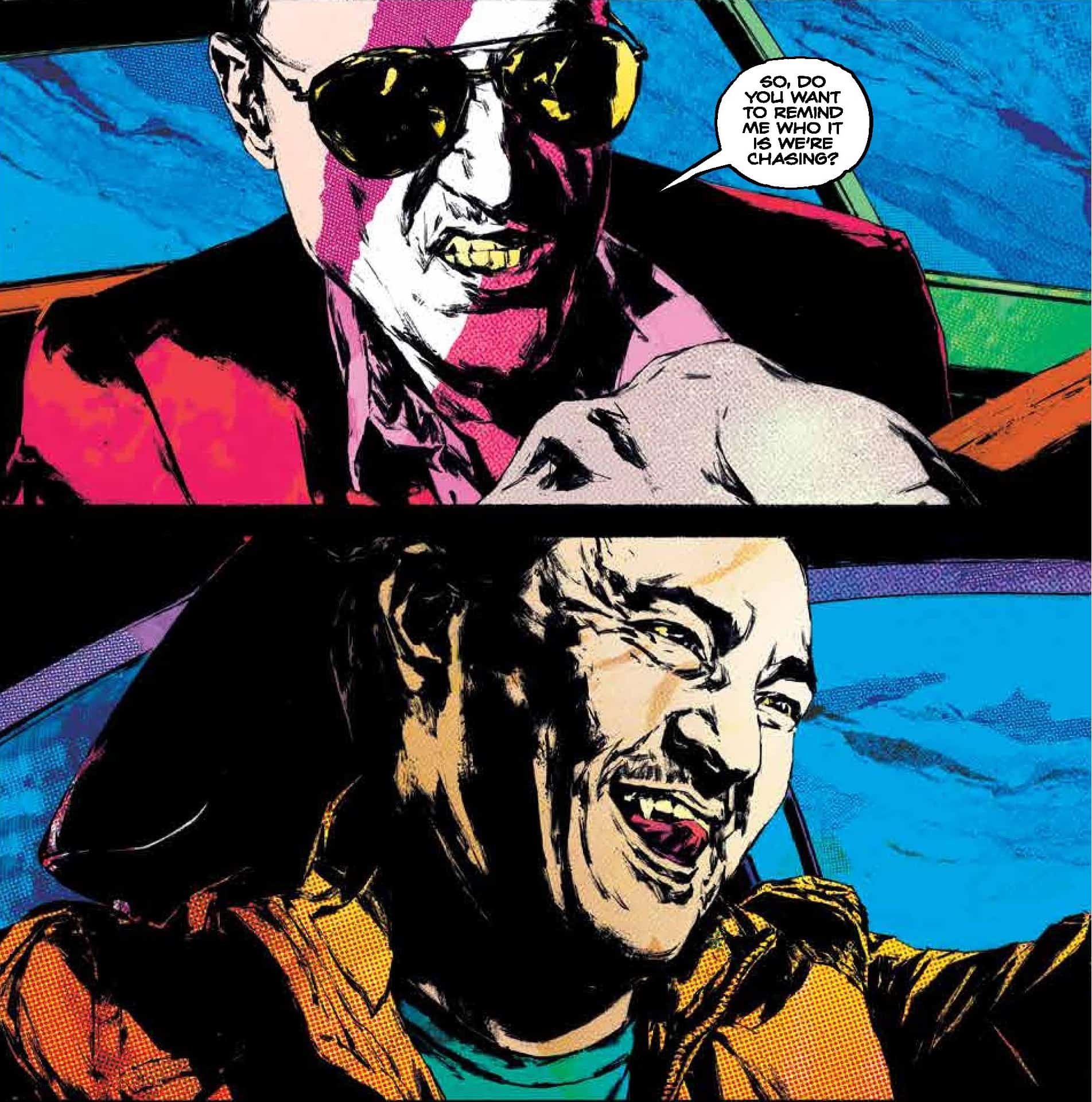 Patric Reynolds handles every scene perfectly whether it’s the high-speed pursuit through neon-lit streets, nearly killing some innocent pedestrians or a hospital flashback scene, or just Atticus and his conscience riffing back and forth between each other in character close-ups. Every scene oozes character and feeling and then colorist Heather Moore comes and dips everything in that magic neon-noir paint style and once again we have a fresh, vibrant, and original-looking comic. Otsmane-Elhaou continues to serve a masterclass in how comic lettering and sound effects are art and can enhance everything else on the page. My favorite pages are the last two, the deft slick transition from Atticus and the poster of the music star he follows to the music star themselves are handled with such impeccable aplomb as to be positively cinematic. It’s another superb effort from all involved.

Blood Stained Teeth #3 is a pursuit story, one is the physical pursuit of the sip he made but the other is the pursuit of Atticus's own conscience for answers to questions of conscience even while being acutely aware of the need to save his own skin which he does with violent vigor. Flawlessly executed on all fronts, issue 3 pushes the story forward in smart, action-packed, blood-spattered, neon-dipped style in a series that continues to impress every single issue.