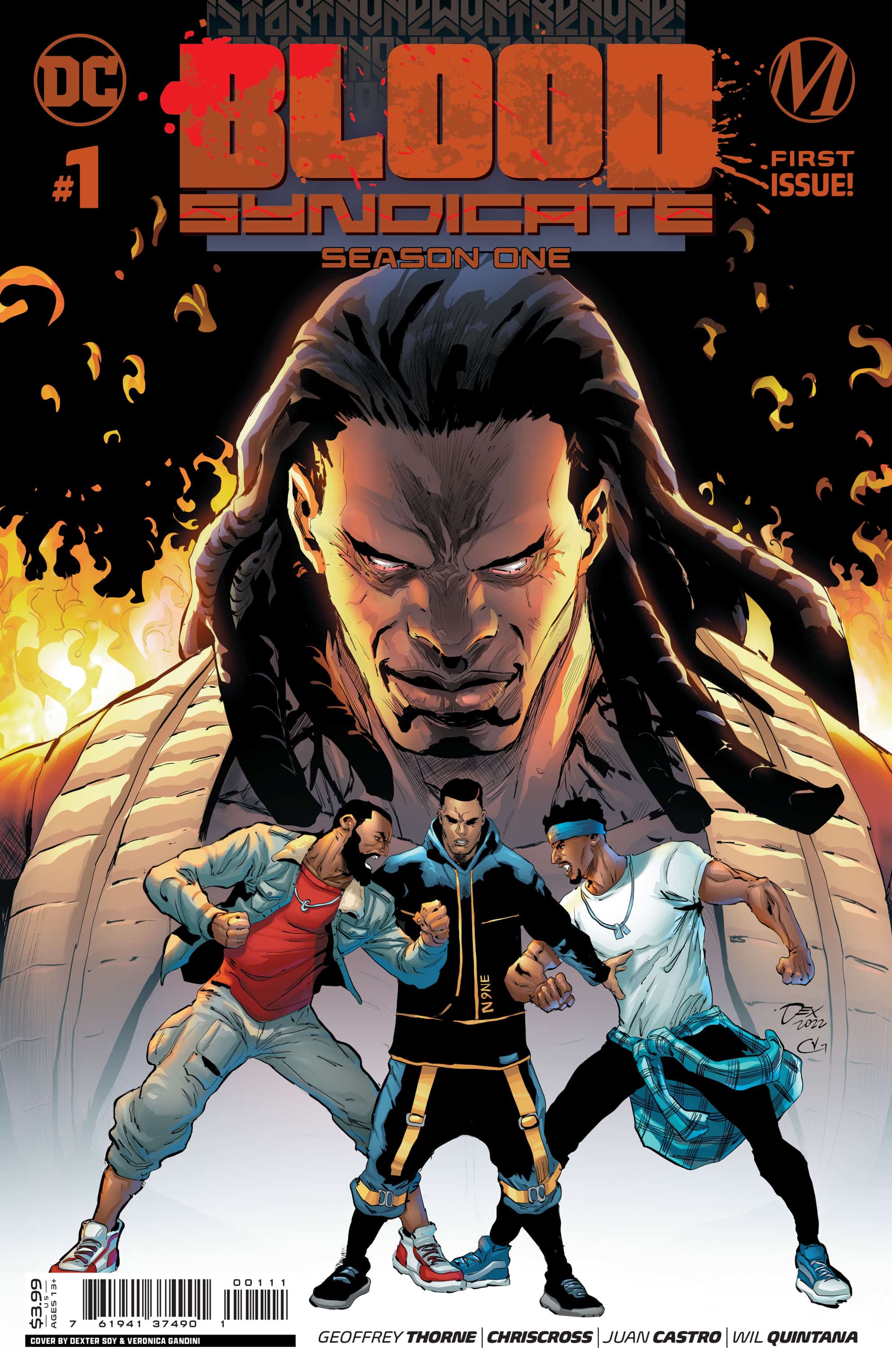 The world of Milestone is in full swing. With Icon and Rocket having taken down most of the criminal element in Dakota City, there's a power vacuum left to be filled in the city. In the pages of Static, there's a monster that's been lurking in the background, consolidating power. Will a new hero step into the fray to stop his home from being destroyed?

Things are always a little bit different when coming home from the military. 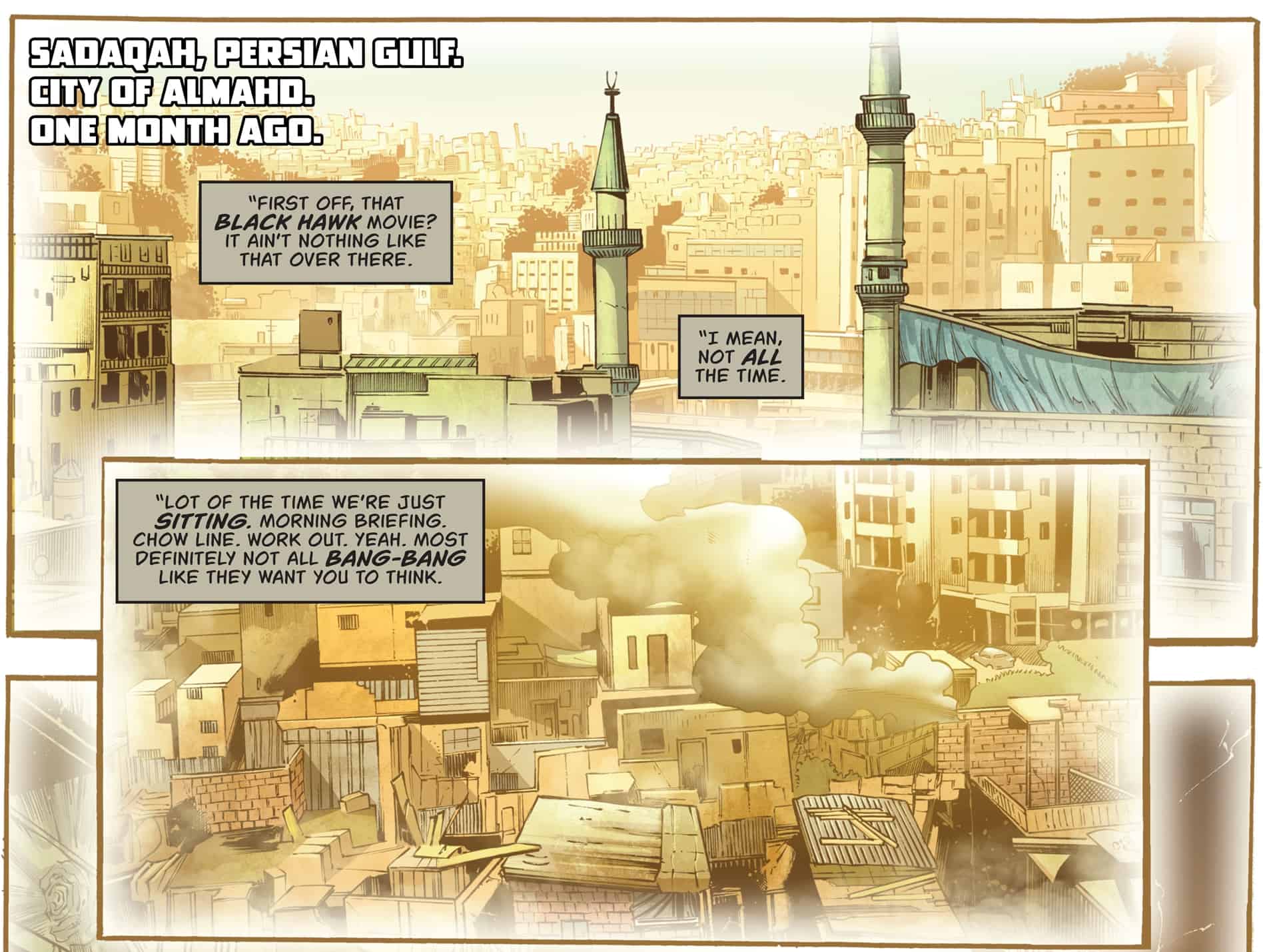 People change, home changes and even you change a bit – speaking from some small experience. That’s pretty much the crux of this first issue of Blood Syndicate where our main character, Rolando, is thrust into a Dakota City that’s seen the birth of Earth-M’s superhumans. Icon and Rocket have been established and it’s assumed the events of Hardware and Static are happening just a few blocks away from where Rolando and one of his fellow soldiers, Hannibal White, grew up. After their deployment to the country of Sadaqah, we focus mainly on Rolando and his friend Carlos as he re-acquaints himself with his home. Geoffrey Thorne writes this issue as more of a reintroduction to the world while also trying to plant the seeds of the story to come, showing that somehow, it wasn’t only the residents of Dakota that gained superpowers.

One of the things that’s made the modern relaunch of Milestone so great has been its focus on characters and relationships between their friends and communities at large, this book succeeds at this too for the most part. Walking through the city of Paris Island, a subsection of Dakota, with Rolando and his friend Carlos, acting as the exposition for the current state of Dakota post Icon and Rocket: Season One, is fun and intriguing. Carlos has charisma, personality and more than makes up for the lack of any in Rolando. While “Rolly’s” story will likely be expanded with later issues, his flashbacks to the war, mirroring the warzone that Dakota has become in the wake of a power vacuum, are the most interesting thing about him until a surprise towards the end of the book. Rolando’s a blank slate and that’s fine, though I sincerely hope we get more out of him as the book progresses. 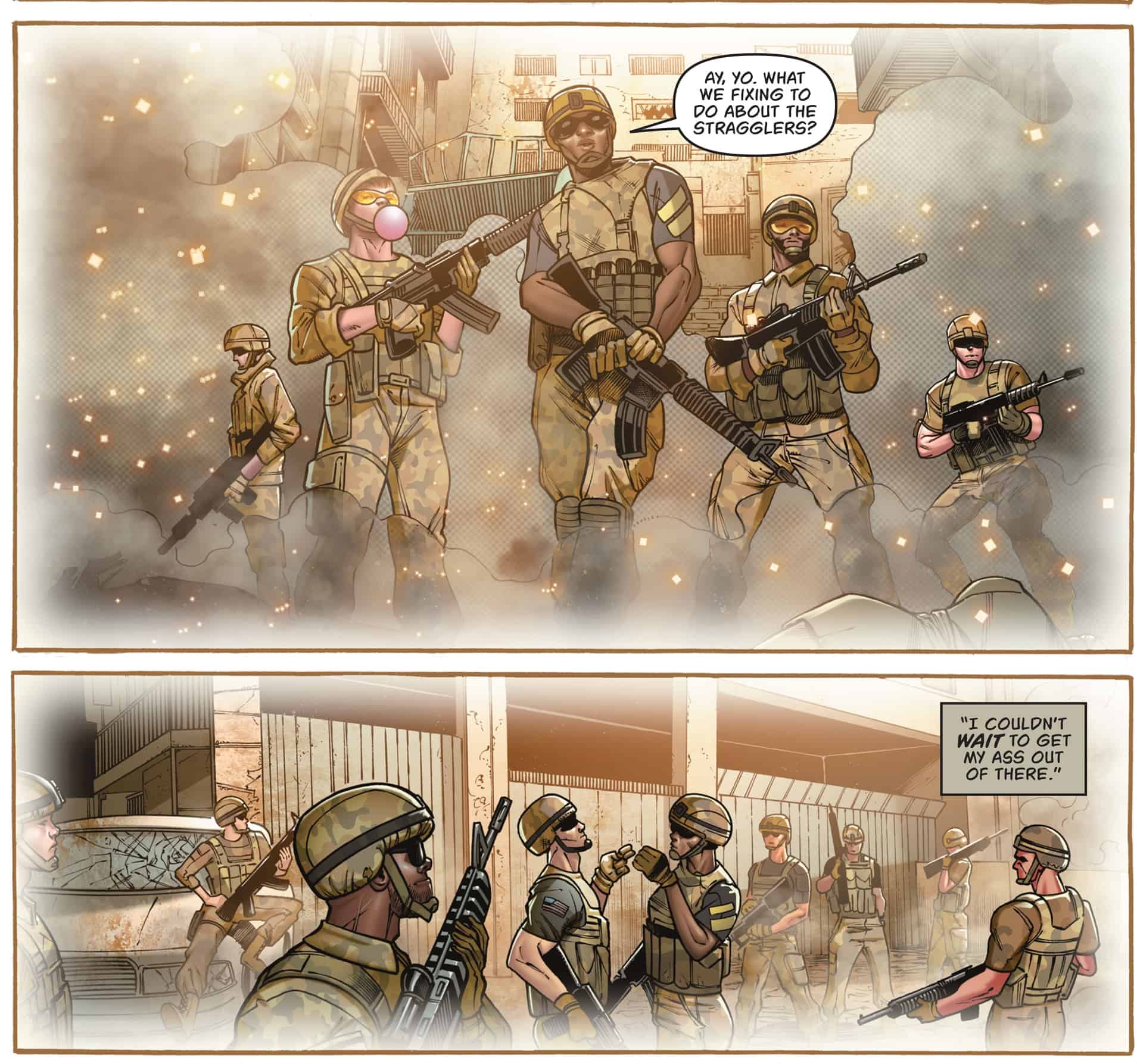 ChrisCross, Juan Castro and Wil Quintana do a great job with the art of this book, making Paris Island feel so alive with people while still giving us a nice few bits of action in between the exposition.

As one of the original pencillers for the 90s Blood Syndicate series, ChrisCross returns to one of the series that helped make his name and smashes it out of the park with Juan Casto as his inker. His characters are very expressive from the wide smiles of Rolando and Carlos as they get reacquainted to the quiet rage and power of Holocaust when he makes his first appearance in the book by choking one of his subordinates for disrespect. These moments of calmness work so well when placed against the bombastic action of the flashbacks to the war in Sadaqah and the superpowered battles of the current time. ChrisCross makes use of dynamic angles, tense close up shots and ample amounts of speed lines to give these scenes momentum. 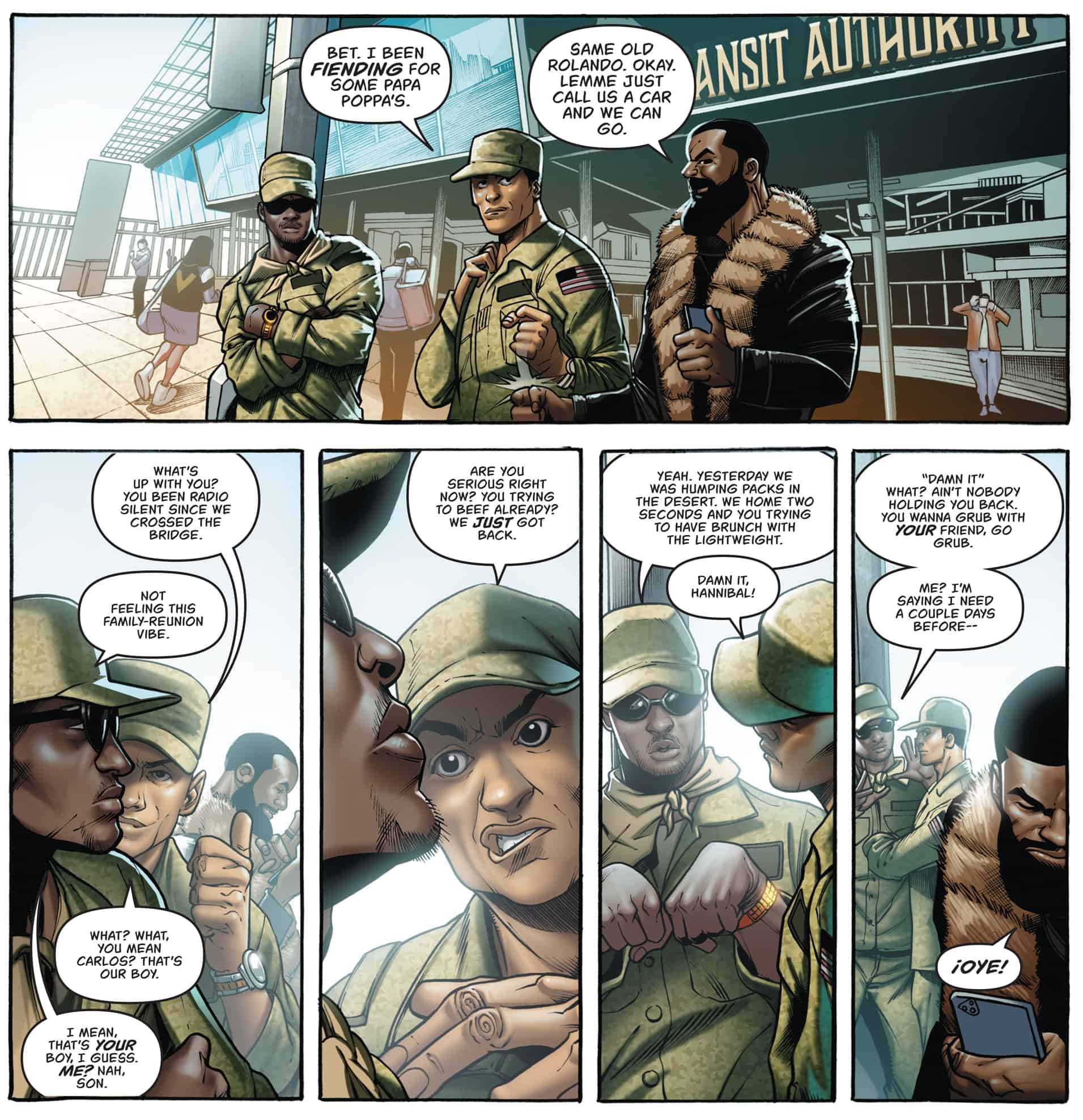 Casto helps in this process by giving these scenes heavy shadows to show the gritty nature of the city, despite how well lit most of the scenes are. This also helps to give everything a bit of depth so that the colors used pop right off of the page, especially with well defined borders over the line art.

And finally, Wil Quintana’s colors absolutely helped to bring all of this together in one great package. From the vibrant purples of Rocket sailing through speeding cars to stop criminals to the muted yellows of a flashback to a grand city in the desert, Quintana does his best to set the mood of the story. This helps when we arrive at the beautiful Dakota City with its bright blue skies and white highlights and slowly feel it give way to the dark browns of the more urban Paris Island district. Seemingly one of the few beacons of hope in the environment is Carlos’ red bricked shelter giving shelter and aid to those caught in the crossfire of superpowered gang activity.

While this first issue of Blood Syndicate didn’t light a fire under me, the book certainly has potential that I can’t wait to see realized - especially from great creators like Thorne, ChrisCross, Castro and Quintana!