Blood Syndicate #6: Shut it Down 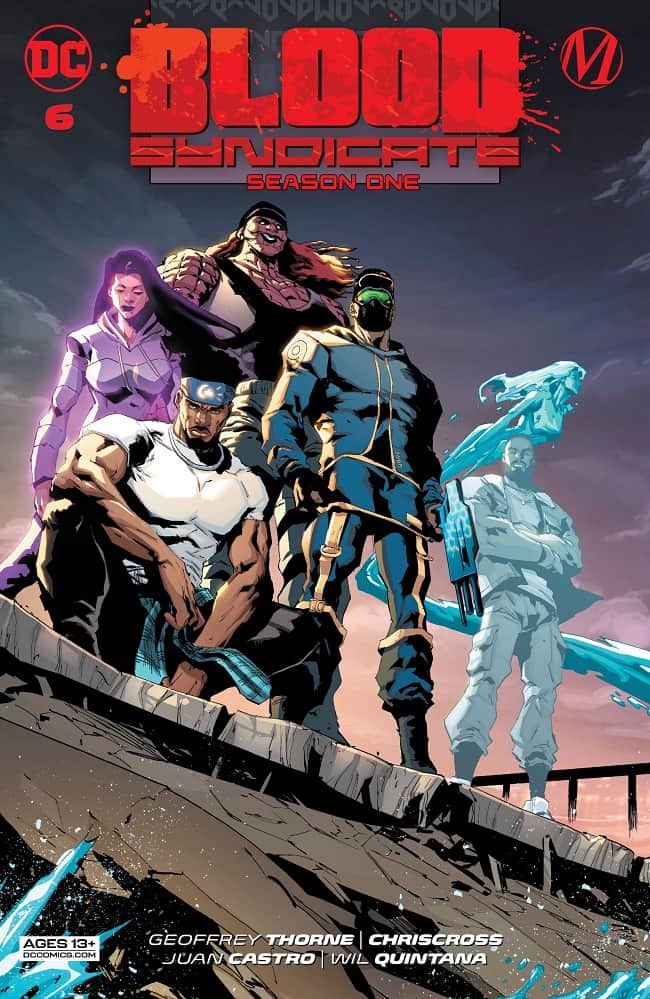 Holocaust has destroyed the bridge to Paris Island. With the first shots of his supposed revolution and a gang of bang babies at his beck and call, can anyone truly stop this monstrous man? Will the heroes of the Milestone Universe be able to turn the tide against such a destructive foe?

It’s the finale for season one of Blood Syndicate, and do they go out with a bang! 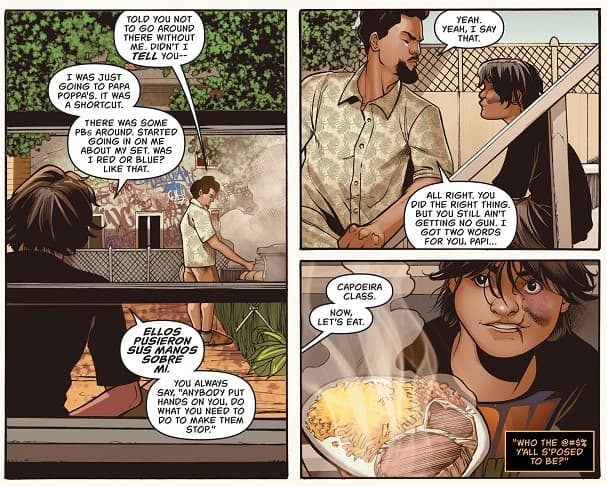 Holocaust has been planning, setting the stage for his big takeover of Paris Island, and when it’s finally within his grasp, a new group emerges to protect their town. With the last issue focusing entirely on Holocaust’s upbringing, things are brought full circle as Rolando’s Blood Syndicate finally comes together in an effort to stop the madman before he can take over the city. Geoffrey Thorne has done an excellent job writing this book so far, using it to expand on the characters in the story in a nice, episodic manner before this final crescendo – showing how a community can come together when there’s a threat that likely would destroy them all.

Thorne does well with this theme through the use of a bait and switch in the first half of the issue. Flashback sees how the initial confrontation with Holocaust leads to the brutal deaths of everyone in the group because of a severe lack of teamwork – this leads her to rewinding time, allowing the group to come up with a plan of attack that’s swift and coordinated. Thorne makes sure to play to each character’s strengths, from Wise Son’s speed and strength to Aquamaria’s control over water against Holocaust’s fire, to Fade’s ability to phase things through the ground, and finally Rolando’s impeccable strength with firearms. This allows for the character building laid out throughout the book to pay off as we get to see the entire group in action. 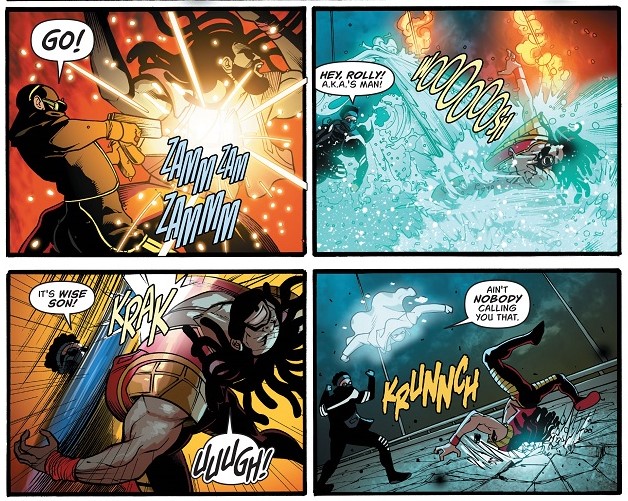 ChrisCross’ pencils in this issue are absolutely fantastic and only made better by Juan Castro’s inks and Wil Quintana’s colors.

Because the action in the book has to be so frenetic, ChrisCross gives every panel a tangible sense of speed and motion through blurred lines and dynamic body language. His lines are thick, allowing characters to stand out from their backgrounds, and he uses a lot of wide-angle panels to give the book a nice cinematic feel. Though, in this issue, his biggest strength is his ability to make the use of superpowers feel grand. In the initial fight, Holocaust uses his fire to extinguish Aquamaria, set Fade completely alight, and turn Tech-9 into ash. These moments feel huge as Holocaust looks large, imposing, and powerful – but this is countered in the latter half of the book when the heroes turn the tables with Aquamaria turning into a giant water creature and Fade phasing the villain into the ground, as mentioned before.

Juan Castro’s inks help to give the book that much-needed sense of depth and texture, with shadows being used fantastically to match the dark of night and for other bits of lighting. They help to better define Chris Cross’ linework and contrast very well with the colors that Quintana uses throughout the book to offset the large amounts of inks due to the time of day. 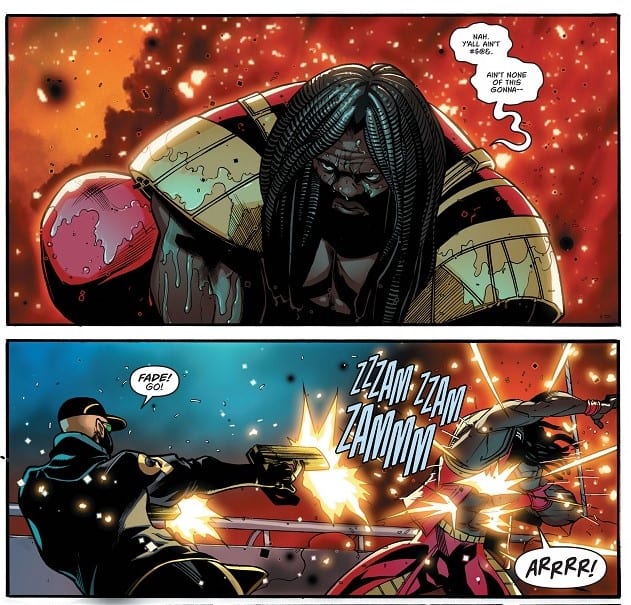 Wil Quintana’s colors definitely help to fully bring this book together. Quintana uses a wide variety of colors to set each character and their powerset apart while also making sure to keep up the use of proper lighting due to the flames that Holocaust uses to destroy the bridge that is still smoldering in the background. His oranges are bright and vibrant, the blues and blacks on Wise Son and Tech-9’s costumes stand out amongst the brighter colors, Aquamaria’s ocean blue is in stark contrast to Holocaust’s heavy reds and oranges, and Flashback’s purple coloring makes her immediately noticeable amongst the other characters.

And finally, AndWorld Design’s lettering really helps to bring this book home. Word balloons are nicely spread to help understand what characters are talking about, thought boxes are used effectively and colored in such a way that readers always know what characters are thinking, and, as always, sound effects are used amazingly throughout. Without all of this much thought, precision and care put into the lettering; this issue wouldn’t have nearly the impact that it does!

Geoffrey Thorne, ChrisCross, Juan Castro, Wil Quintana and Andworld design knocked this book out out the park. Face to face with the city’s own grim shadow, The Blood Syndicate will definitely be the group to lead its citizens into the light! And we certainly can’t wait for more!

Blood Syndicate #6 – Shut it Down