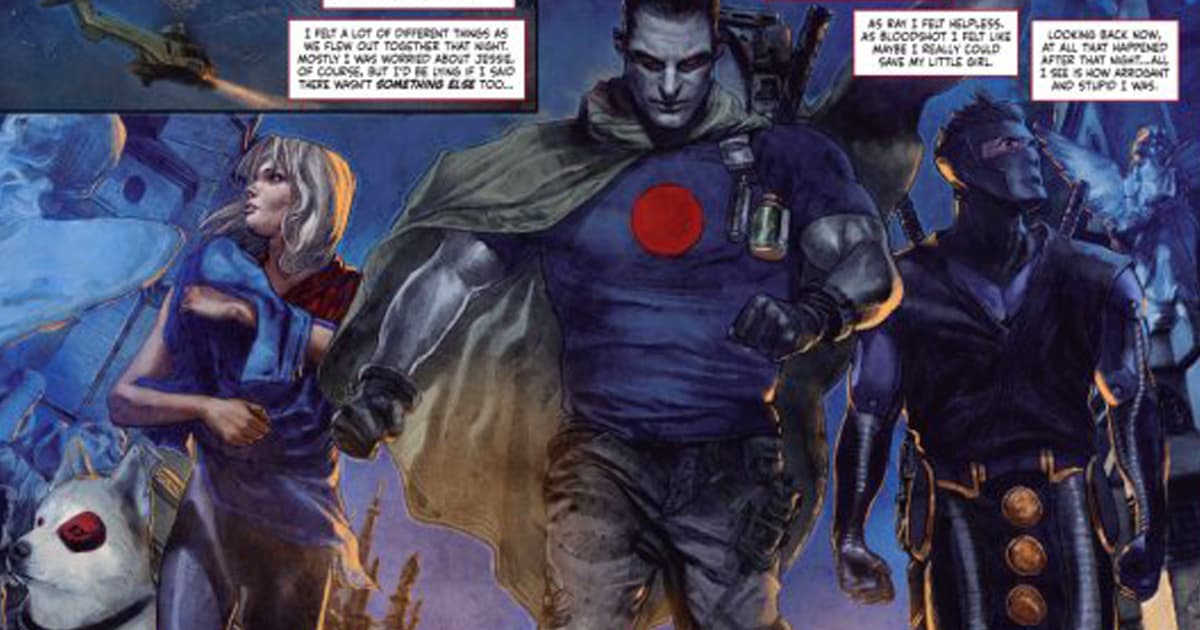 Bloodshot enlists the help of the Supernatural in a race to save his daughter! We also find out the fate of the Explosion where rampage Kidnaps Jessie. 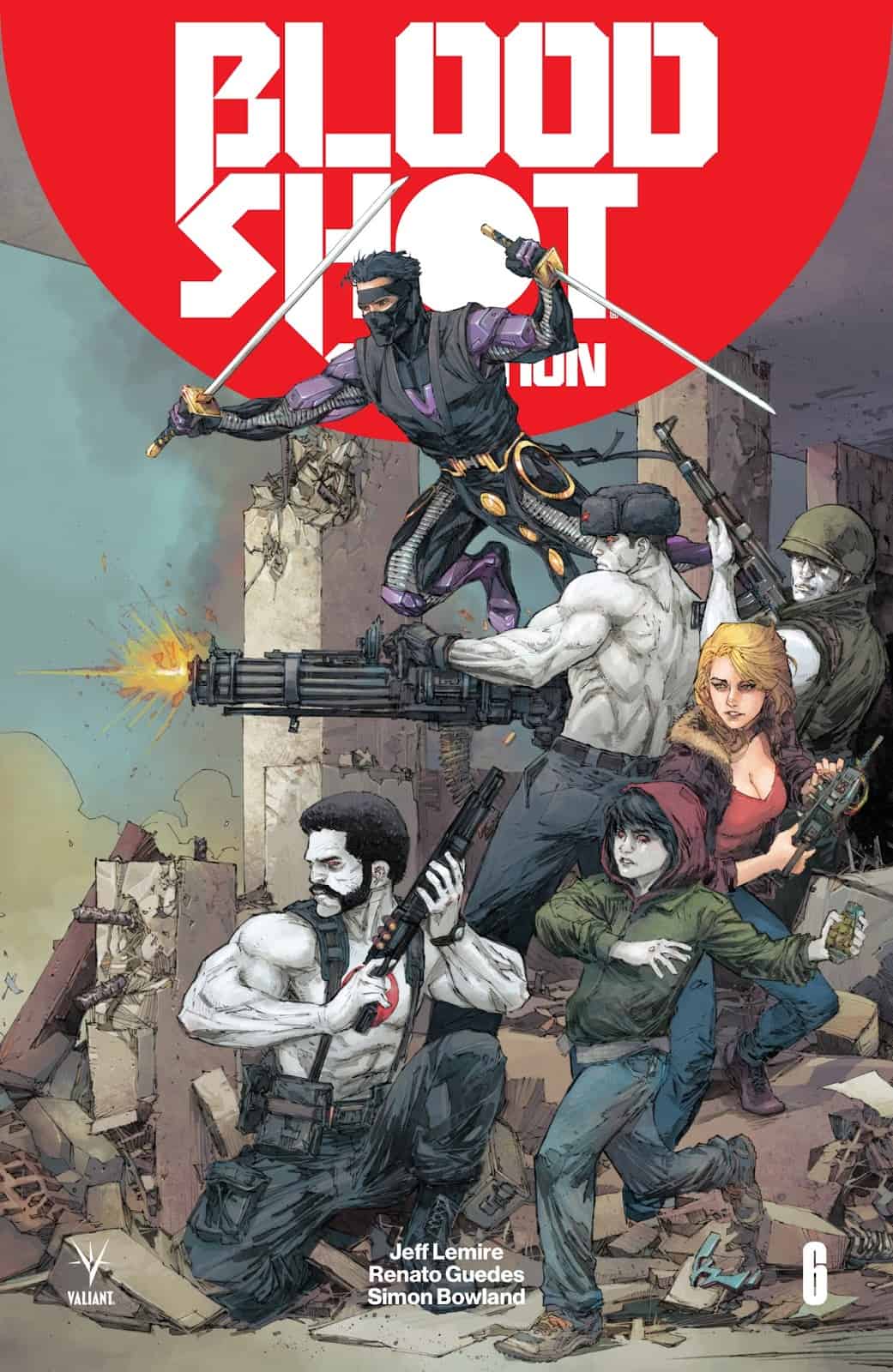 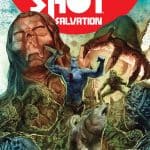 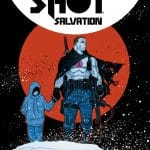 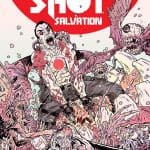 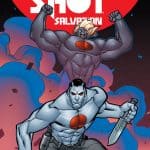 What You Need to Know:
In a Flashback: Ninjak was asked by Magic to find Ray, who had gone to look for the elusive daddy ( A part of Magic’s Past that recently resurfaced). Ninjak arrived as Ray’s powers were malfunctioning. Project Omen had switched off his Nanites, just after Ray had gone to confront Daddy and his Cult. In his weakened form, Ray was done for, but Ninjak showed up to save the day, and paint the grass Red with the blood of Ray’s Captors.

In a dramatic scene, Ray confronts the aged Daddy and removes extinguishes the life in his decrepit and twisted body.

What You’ll Find Out:
Present day, we see the Bloodshot Team and Magic emerge from the destroyed Barn with Punk Mambo. Apparently she cast a protective spell just before everything went to hell, but the damage has been done, and more importantly, Jessie is Gone! Rampage took her.

Picking up on the Flashback we find Bloodshot traveling with Ninjak back home.Arriving at the hospital after his rescue Ray is confronted by Magic. When he left his daughter Jessie turned quite Ill. The Doctor’s are not sure what they can do, as her condition is getting worse. This was caused by the transfer of Ray’s Nanites when she was born. Jessie is not expected to live through the night. They do there best to comfort her, but Ninjak has a plan. He suggests bringing her to the one person who could help them, at least by supernatural means. The deal to be made will come at a price, but Ray is prepared to pay that, whatever comes. With that, they have to make it to New Orleans by Sun Rise. 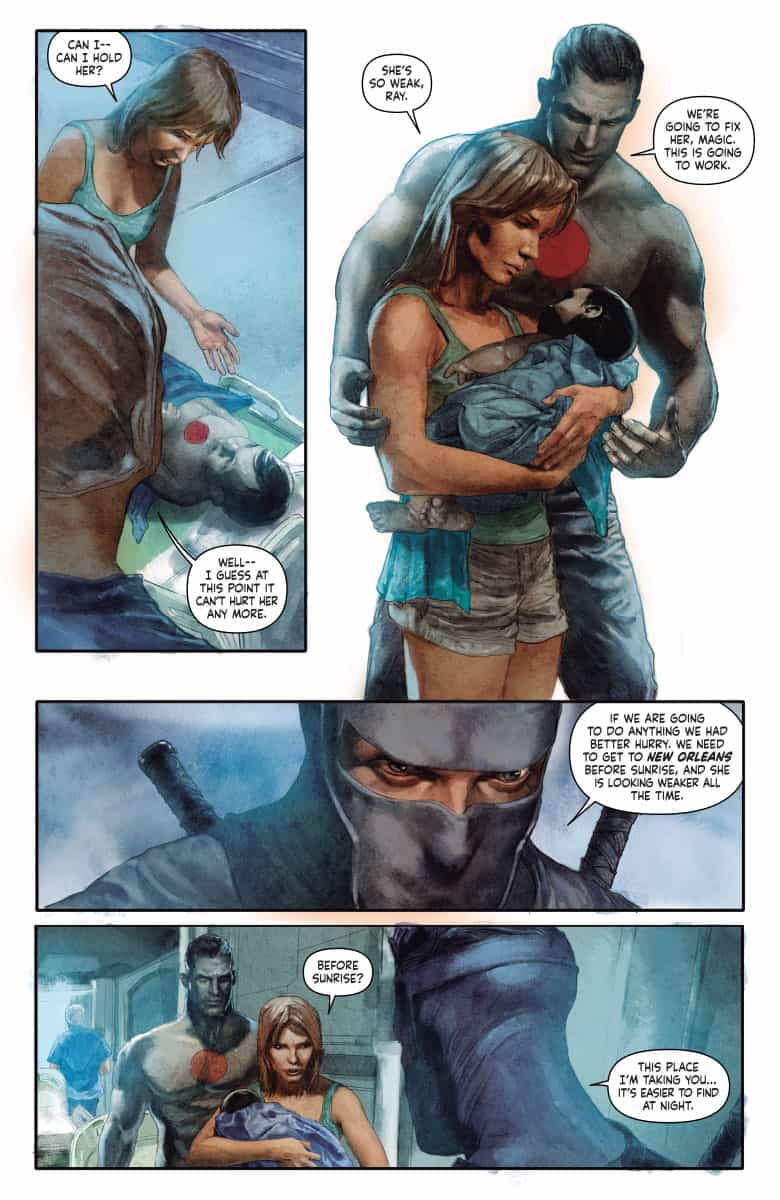 What Just Happened:
In a Graveyard, they walk into, while Ninjak wonders if he got the message. From the Shadows emerges The Shadowman! He tells Ray that he is sorry for Jessie, and he can take them to a place where deals are made for miracles. 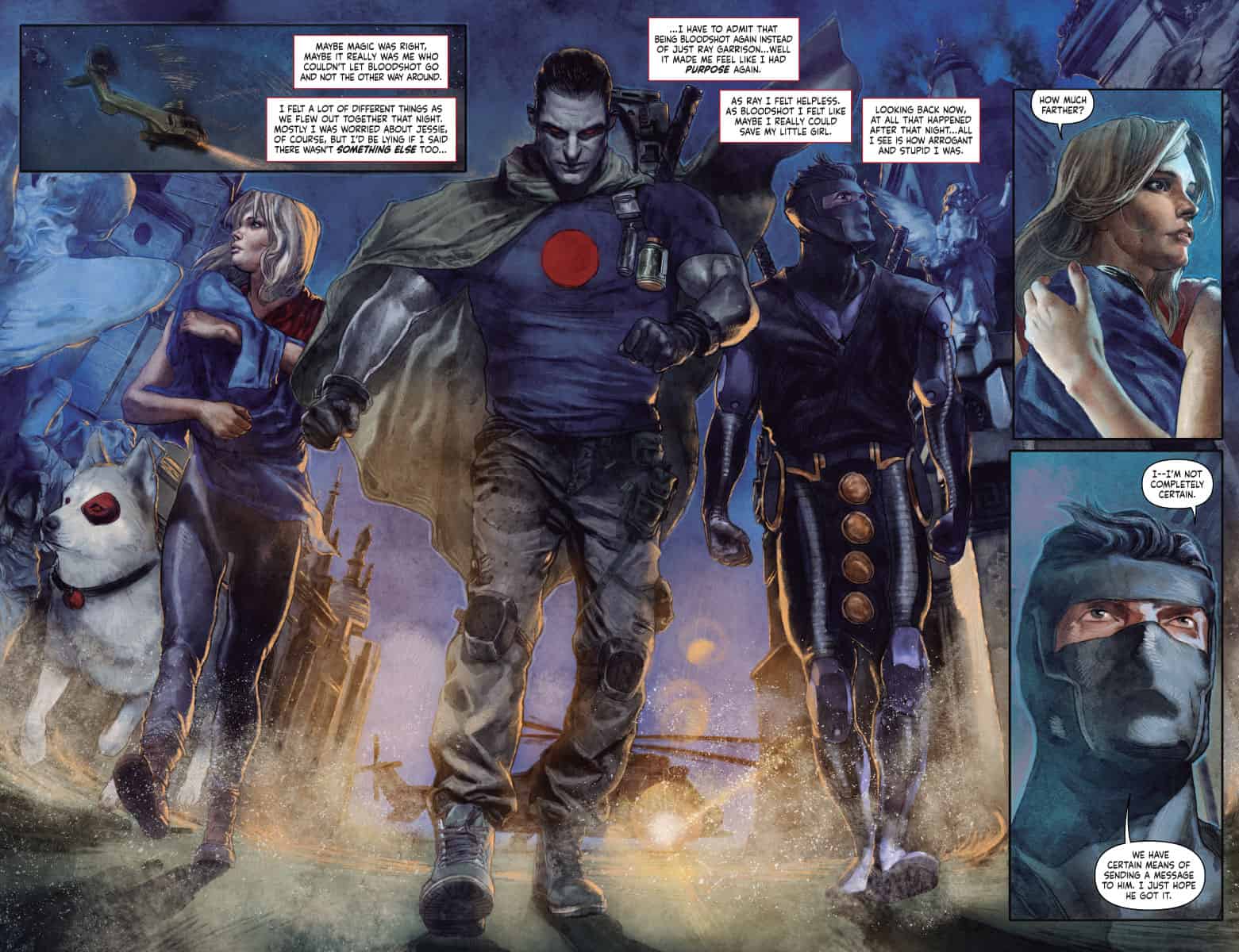 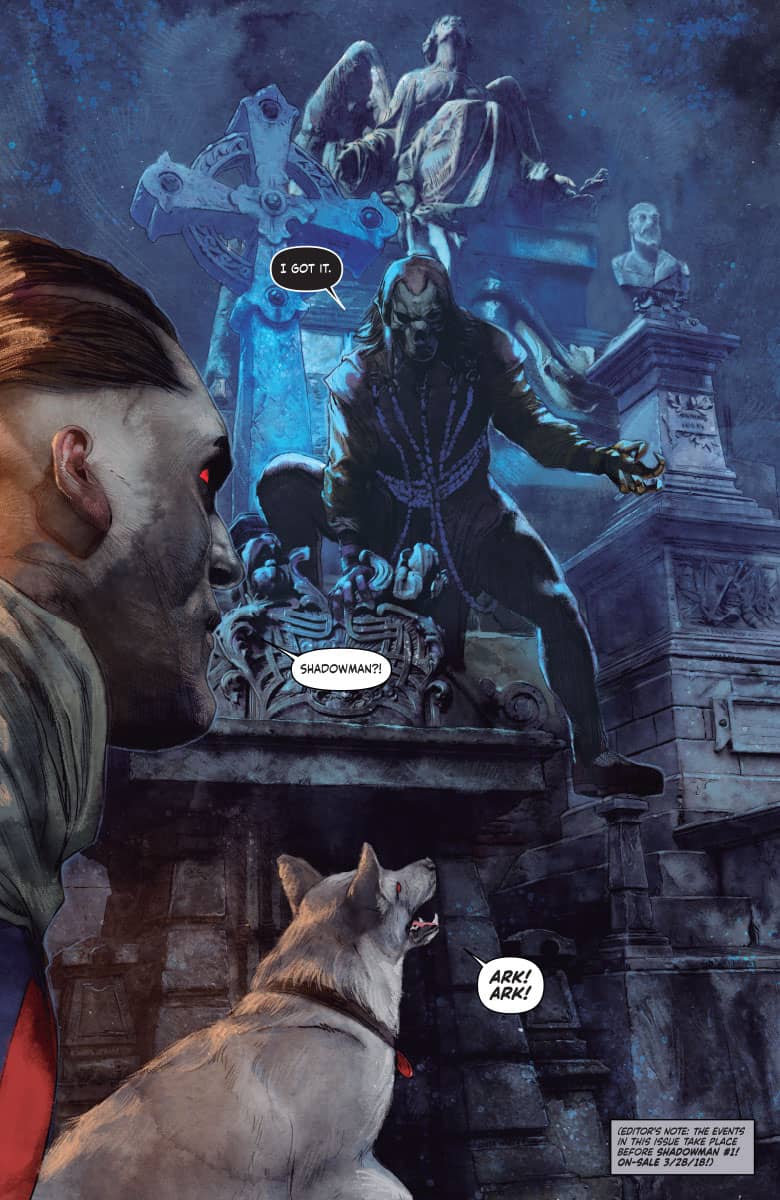 Ray is ready, he enters the portal with Jessie, as Ninjak restrains Magic, and Bloodhound accompanies him into Shadowman’s unknown Hell. The last thing we see is the Pages fade to black, and Ray is in the dark. He is Blind, with his infant daughter, ina foreign dimension, with only his dog to guide him.
Rating: 9/10
Final Thought:

Another thrilling chapter in the life of Bloodshot and his family. Just when you think they catch a break, the bottom falls out again. The issue is more about exposition than action, but the last issue filled that quite nicely. I enjoyed the more serious tine, and certainly understood the gravitas of the plot and felt as the reader that the stakes were high. Lemire does a great job of showing the desperation of the character, and it is exciting to see the cameo of the Shadowman. The art is consistently amazing, and Renato Guedes brings an element of realism that engulfs the reader’s imagination. Take a look at Bloodshot #6, because it marks the beginning of the odyssey for Ray’s redemption as a father and a hero.