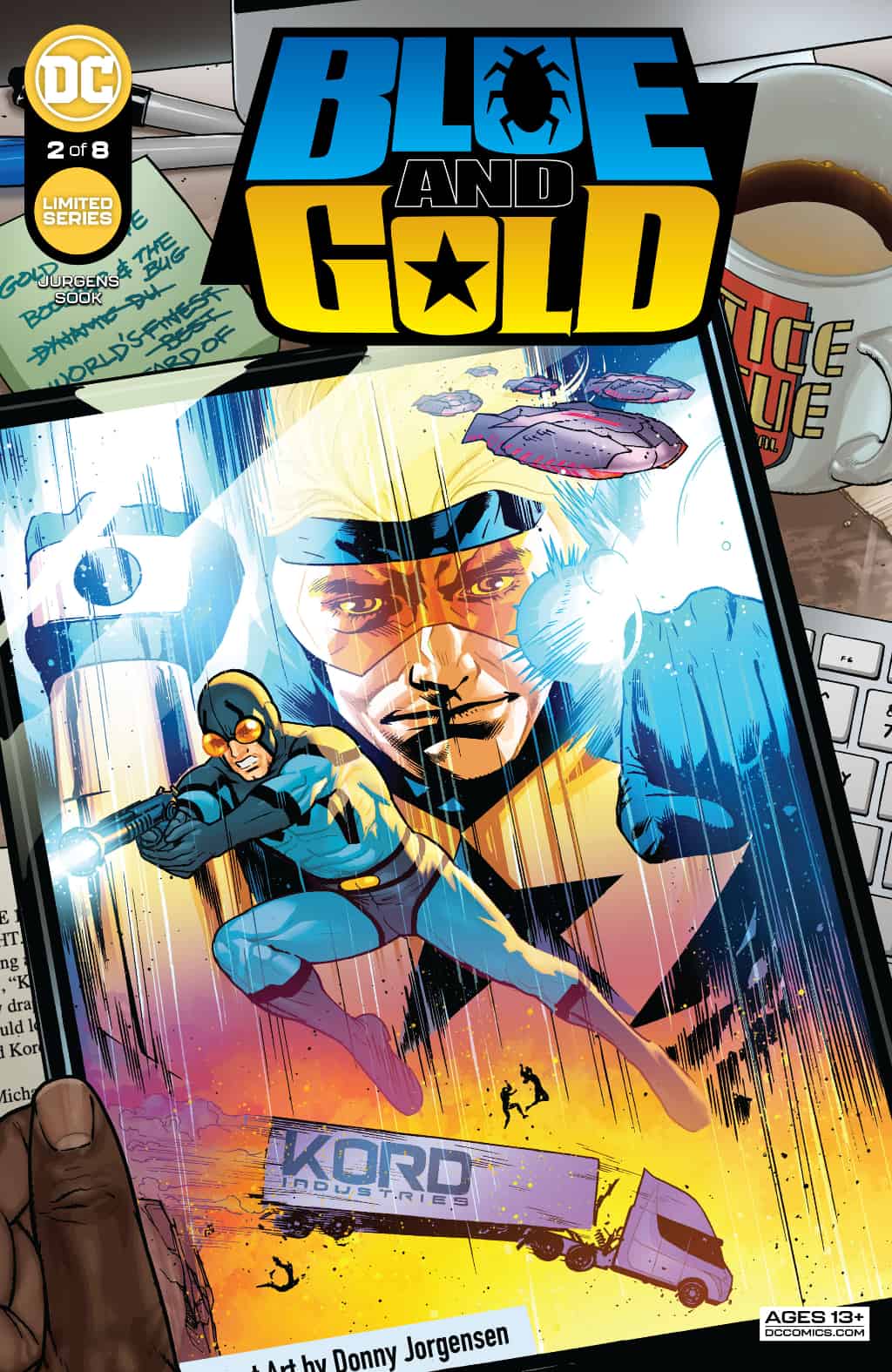 Blue Beetle and Booster Gold are back and better than ever!! Except, the right people haven't noticed yet. Booster enlists Ted's help in trying to build a better social media presents and things don't go according to plan.

I’m predisposed to like this series, as Booster and Beetle are two of my top five favorite comic book characters, but even if I remove my totally biased love for these guys, this is really a great issue and a great series so far. It’s clear that DC is going through some challengers right now, but I’m really liking that they’re finally doing some stuff that fans have always wanted, while at the same time taking some risks. Author Dan Jurgens makes this book exactly what it needs to be, and that is straight-up, superhero action with costumed google guys vs costumed bad guys. Jurgens changes some stuff up this issue, by introducing some new elements that are as surprising as they are logical and I’m with Booster when I say “Just wait until they make an action figure playset out of this!” I really hope McFarlane toys is reading this book, maybe I’ll send them a copy. This issue moves the story forward and drops anchor on its villain, giving you a pretty good idea of who it is, what they can do, and what they want to do. From here things are going to move faster and I’m pretty sure the action is going to be dialed up a couple of notches. 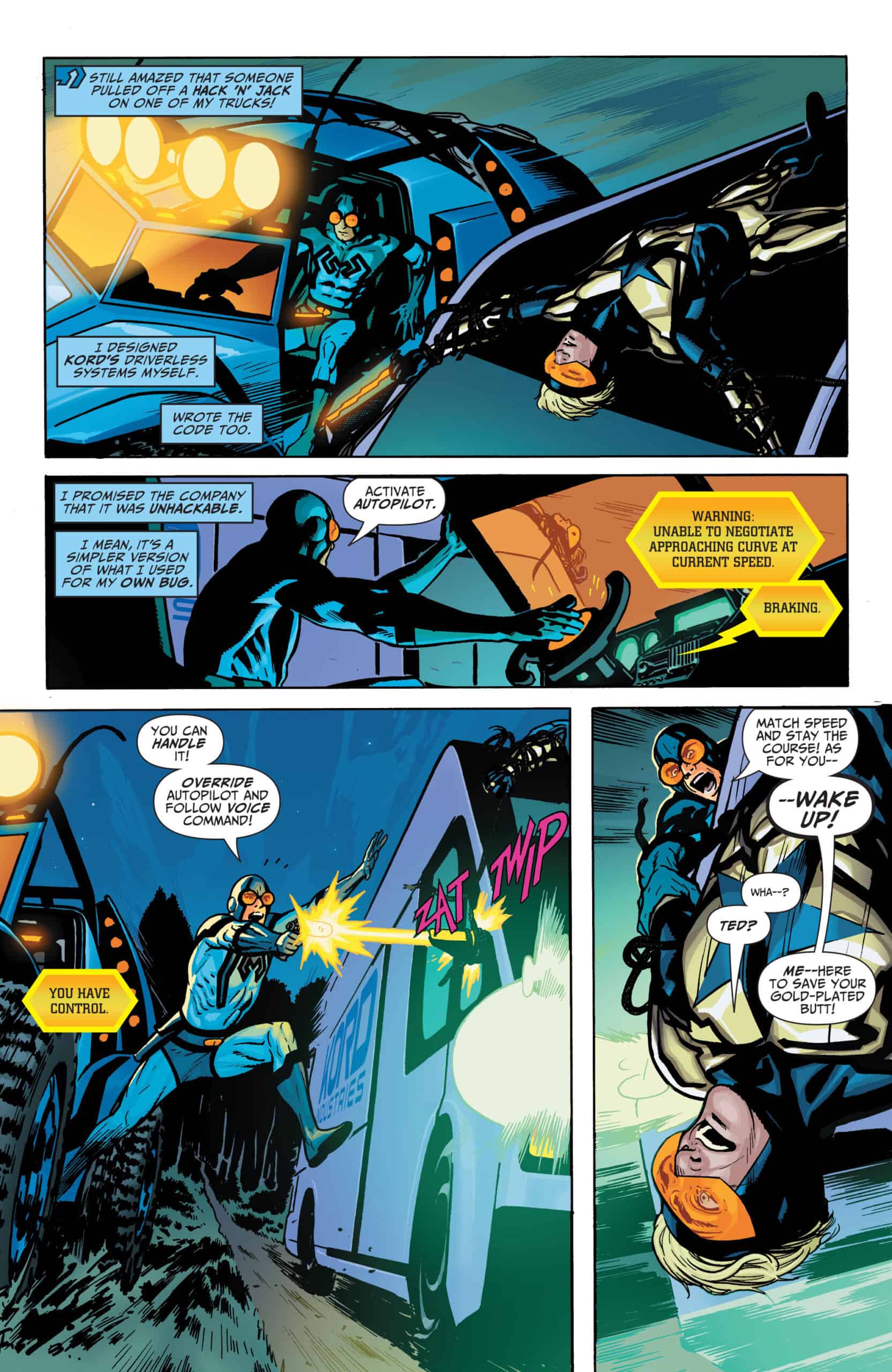 Artist Ryan Sook is still a bit of a surprise to me. Yes, he’s a veteran of the industry, he knows what he’s doing, and he’s done it all. However his style isn’t one that I would normally want for a Booster and Beetle book, maybe that’s why I like it so much. If I even try, I don’t think I can picture anybody else’s art on this title. Putting him on this book was no mistake, it was definitely a happy accident.

A great second issue that gives the story a clear course to sail and sets it, jets blazing, on its way. This is a book you're going to want to spend some time with.