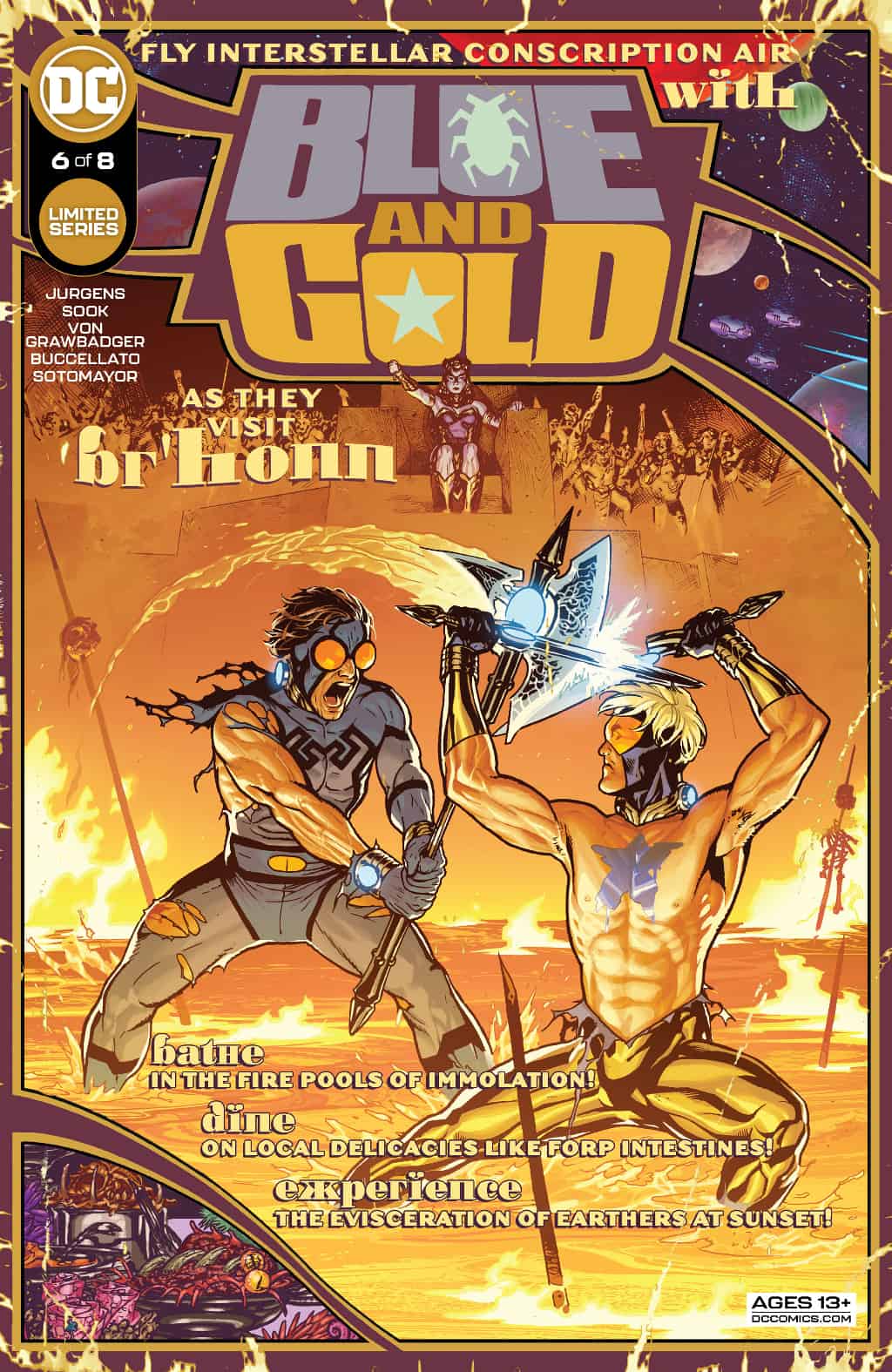 Booster Gold and Blue Beetle are doing what they do best... getting in trouble. But this time it's not their fault. Entirely. They stand before the emperor of an alien planet, whose staked claim to Earth and the only thing that can save them is Rip Hunter and a couple of social media addicts.

As I’ve mentioned in earlier writings about this book. I’ve wanted a team-up book for Booster and Beetle for over 3 decades. It’s so gratifying that it was worth the wait. Writer Dan Jurgens is totally on his game with this series, which is saying something because when has Dan Jurgens ever been off his game? He’s put so much personality into each character in this series, even when you’re not focused on the main heroes, there’s a very high level of entertainment going on. I can honestly say that I’d read a book about just the supporting cast, that’s how likable and engrossing they are. Now that I’ve talked way too long about the co-stars in this book, I have to reassure you that the two main stars of the book are indeed the focus of this issue, and they deliver on action, thrills, suspense, and most of all, humor. It’s rare that you get a comic that delivers quality humor and action on such a consistent basis. This is what makes this title so unique from all the other books on the racks today. 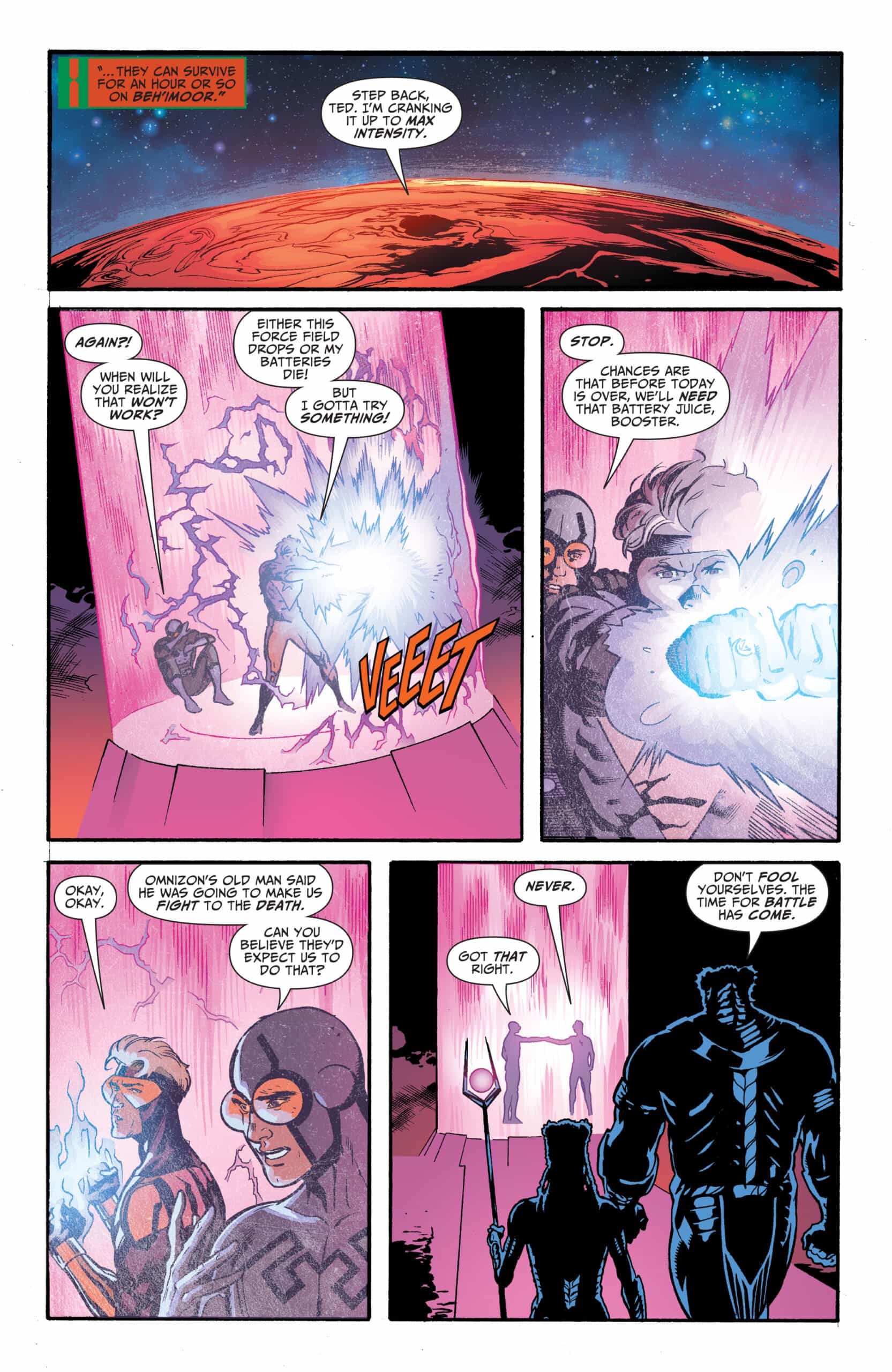 Not to be shown up, artist Ryan Sook blazes his own trail this issue as he gives life to this action-heavy story. Sook is an artist who’s very heavy on the details and it amazes me how he’s able to do that with totally alien (literally)  landscapes and beings. This book wouldn’t be even close to what it is without Ryan Sook. No matter what his next project is, it’s going to be a headliner, just because his name is attached to it.

If you've missed this boat, I have to say that I feel really bad for you. If you're waiting for the trade, I have to tell you that you're going to get more enjoyment from this series (on any series) when you have that month to digest and reread each issue. It's not too late to get on this train!! You're gonna love it!