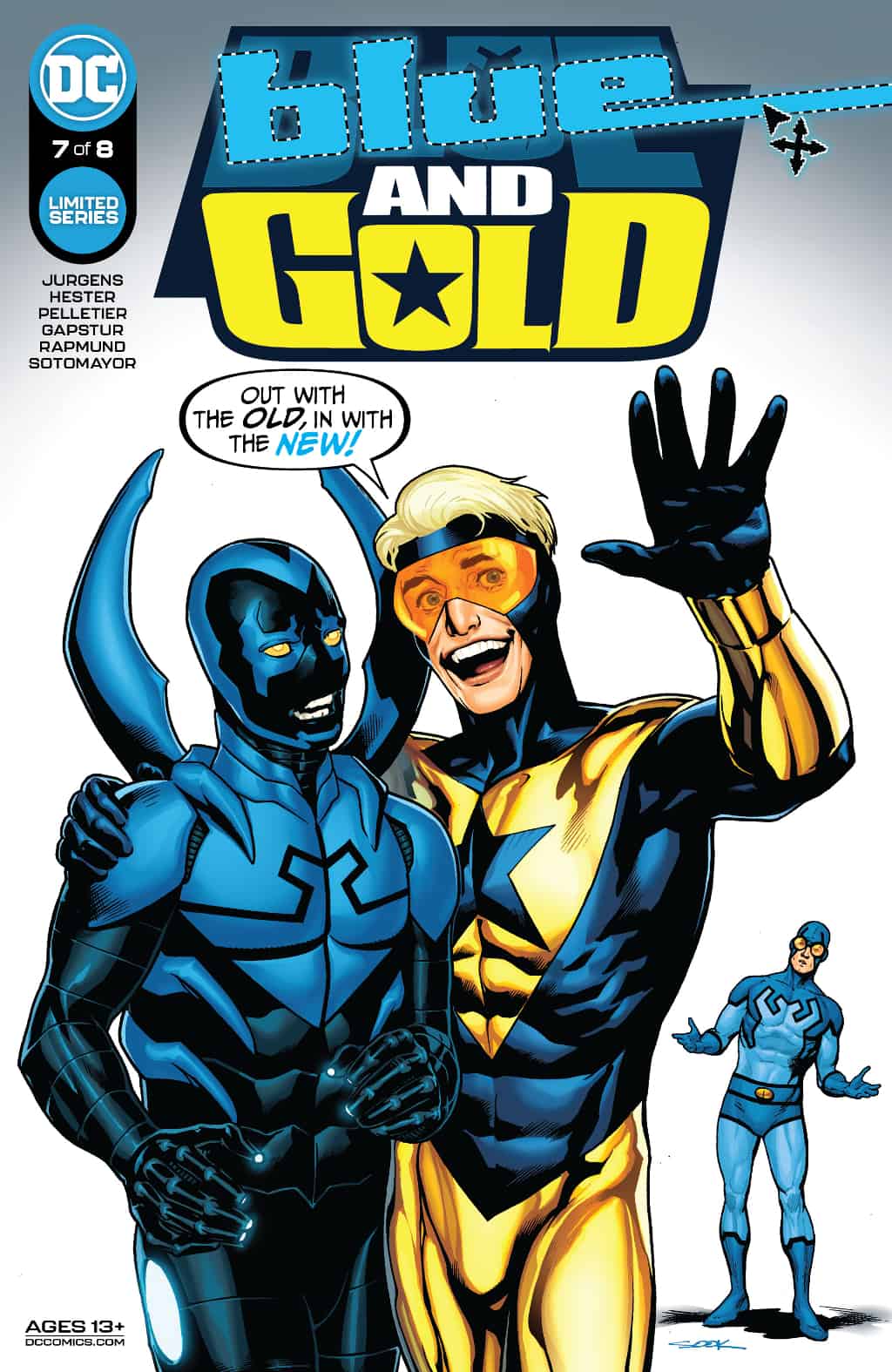 Blue Beetle and Booster Gold have finally gone into business for themselves....by becoming social media stars. At least, that's what the plan was, but the plan isn't working that great. Their donations are down, and supervillains aren't taking a break just because our heroes have to find a way to pay the rent!

Okay, so this issue is fantastic, but on a whole different level than normal. Why? Two words: Guest artists. Now, I have absolutely loved superstar Ryan Sook’s art on this series and I wouldn’t have it any other way, but when the regular artist has to take an issue to breathe a little, you can only hope that someone close to good enough steps in. Well, when two of my favorite artist of all time show up to do the heavy lifting, it’s like Christmas morning. I’m talking about Phil Hester and Paul Pelletier!! I’ve been a fan of both for as long as I can remember, and they’ve worked on pretty much every major comic title from each of the big two as well as having had big success on independent books. Their work on this book brings a whole different feel that’s just as good as normal, but it’s definitely a whole nother vibe. Hester and Pelletier are both batting 1000 here, they bring all their talents to convey all sorts of different stuff in this action-packed issue. There are some heavy moments, and in the expressions that Hester puts on Booster & Beetle’s faces transmit their concern and even desperation. Pelletier is there for the most dramatic and heavy moment of the book, and he doesn’t disappoint in the least. Such amazing art. Worth reading multiple times. 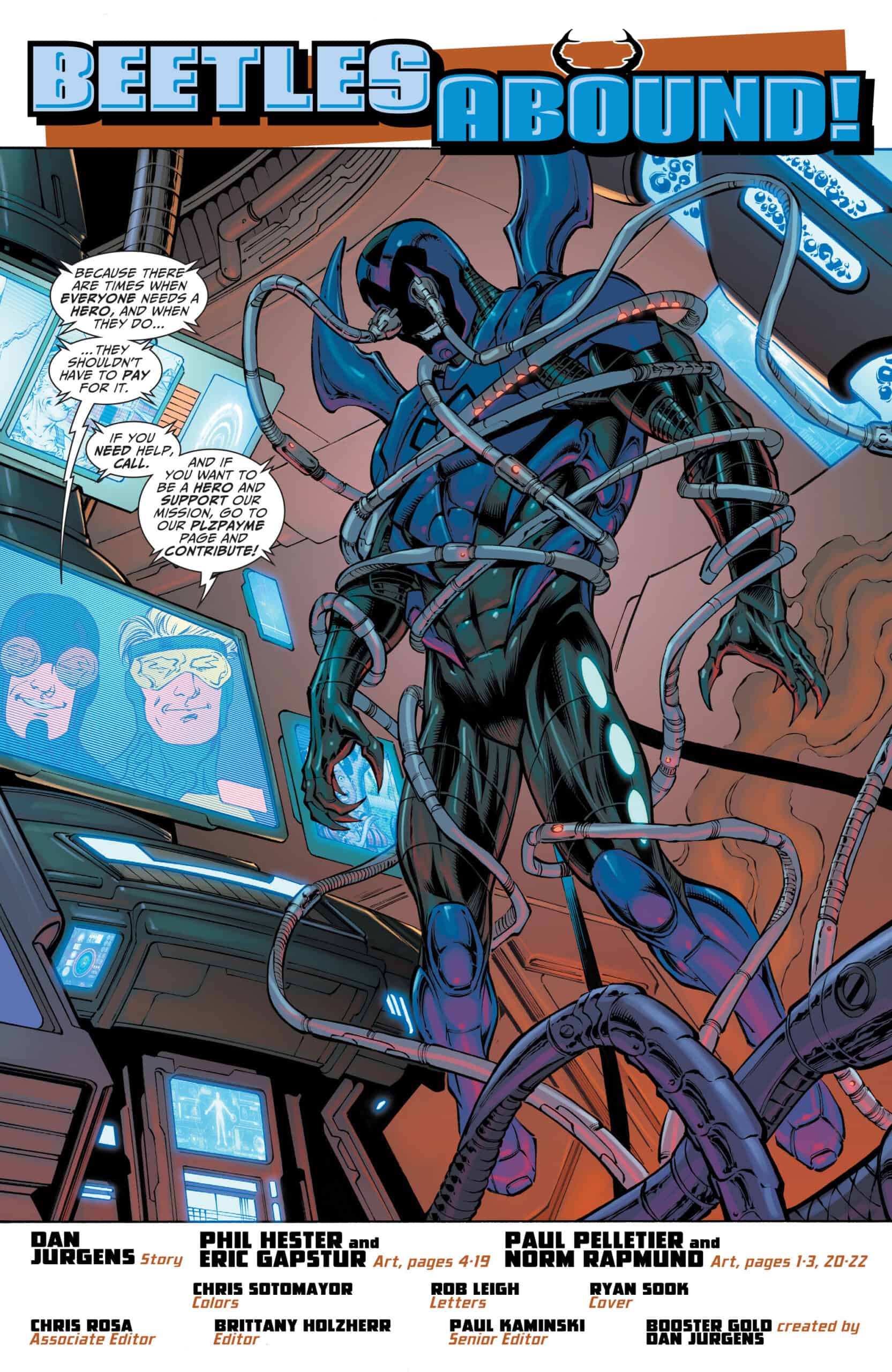 But it’s not just the art that makes it worth reading over and over. The story is heavy on superhero action, and a real nailbiter, that both starts and ends really strong. Author Dan Jurgens has been building up to this for a while, and it shows. There’s also the excellent work that he does with the supporting cast, and Jurgens manages to work an actual miracle: He makes social media comments both relevant to what’s going on and entertaining. I don’t think those words have actually been said before.  Wow, Dan Jurgens changing history. Nicely done, sir.

This issue is too good to put down, it's too good to wait for the trade, it's just too good-period! I know it's the penultimate issue of the series, but if you haven't started reading this, you've still got plenty of time! Get on it!!