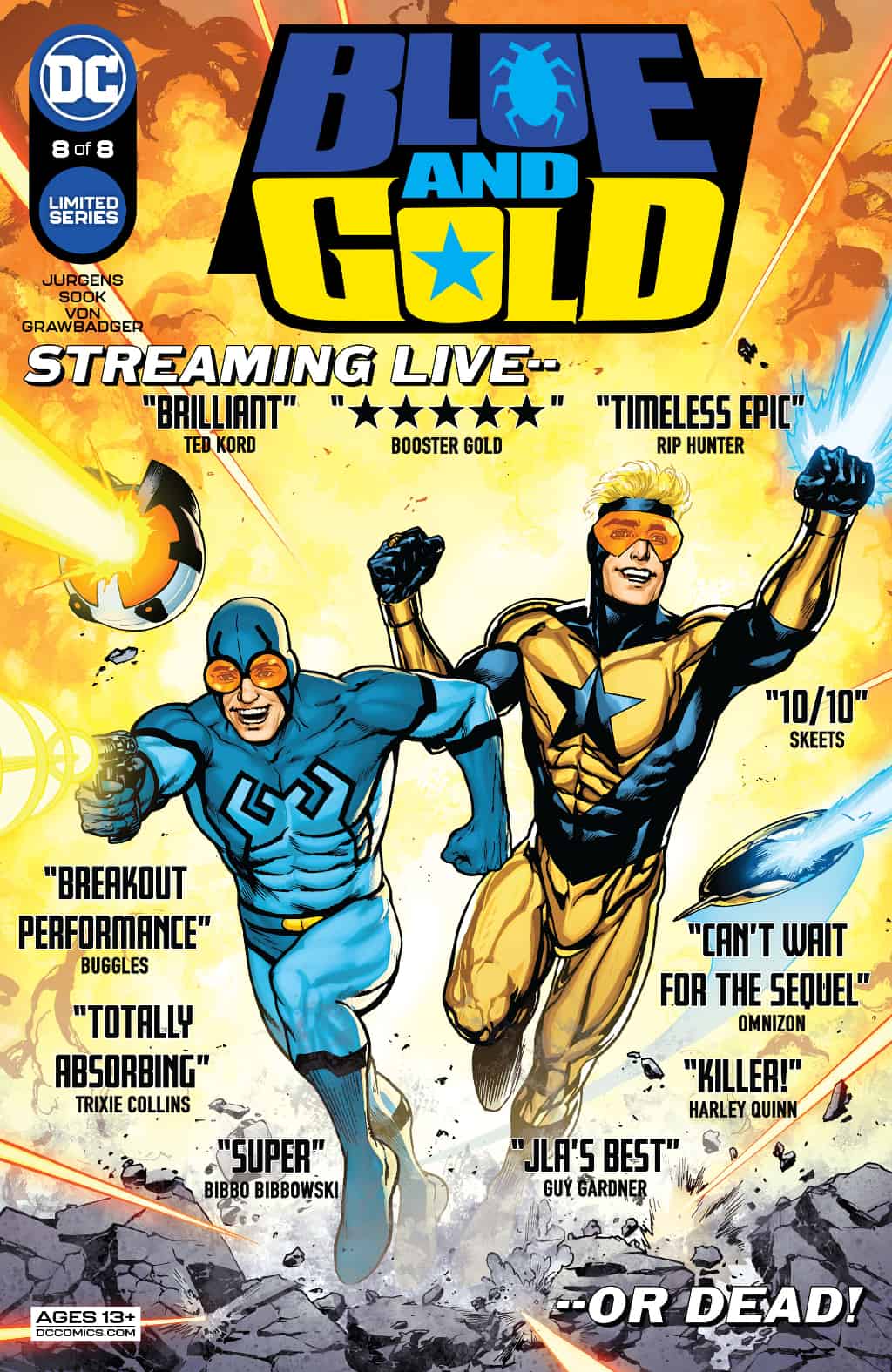 Blue Beetle and Booster Gold are back together and are on the path to help people out for FREE...as long as their streaming numbers and clicks stay high enough.

This issue is just like all the rest have been in this series. Funny, charming, exciting, and just a rock-solid, quality comic. But hey, would you expect anything less from Dan Jurgens, a man who drew most of our childhoods? I mean, this man did everything from killing Superman to introducing us to a brand-new Spider-Man. Not to mention the create the Gold half of this team. It’s nice to see him still hold a place of honor in comics today, and why wouldn’t he? The man’s awesome at just about everything that he touches. This issue, he’s got a lot to do. He needs to continue the adventure that Booster and Beetle are on, and give us not only a satisfying ending to the issue itself, but he’s also got to give us a satisfying ending to this series. As expected, he does both very well. I feel this book has been a little short-changed by the comic readers. I think most feel that this is just a “humor book” and that it’s over-the-top, standard superhero fare that’s just 95% filler and set up for a big joke on every page and nothing can be further from the truth. This is as good as comics get. You’re not getting Mad Magazine, this is a superhero comic with funny moments that are genuine and not forced. Brilliant work by Jurgens. 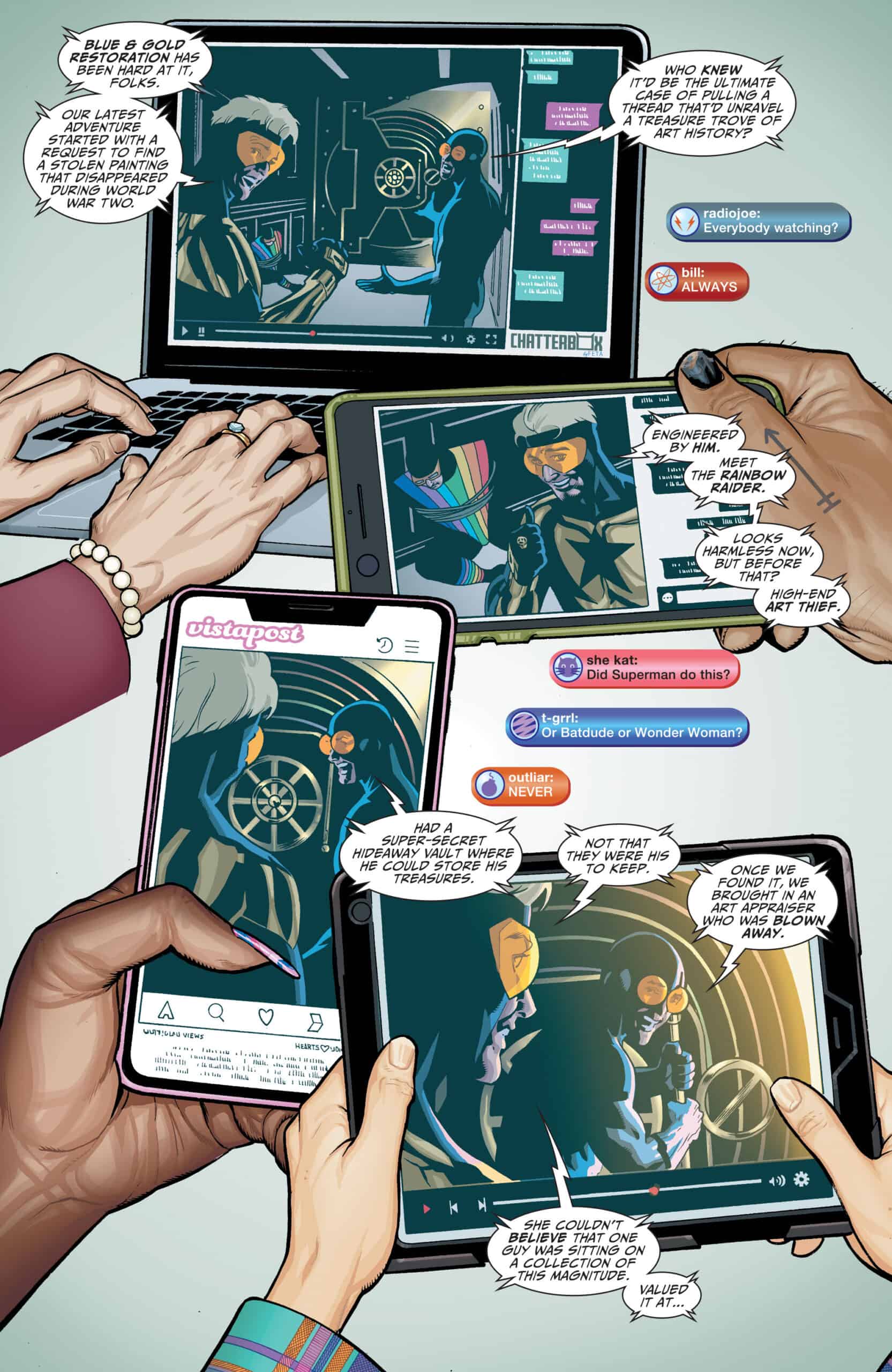 Speaking of brilliance, this issue is artist Ryan Sook’s best of the series. His pencils are rich and lavish, but still great for portraying intense action and out-of-this-world elements. This book is definitely anchored in the regular DC Universe ad not the “Gotham area” DC Universe, where everything that is in the comic also exists in our world, Artwise, this is “that awesome comic” that you read as a kid and you flip through countless books looking for one that recaptures that mood.

This issue, and this series, is such a refreshing change of pace from everything else DC is currently publishing. It's light but serious, enjoyable, and funny without being lowbrow, uplifting, and hopeful. You won't feel like shooting yourself in the head when you're done reading it. I wish other creative teams would take a lesson from this series.