BOOK OF SHADOWS #1: Page One of Horror 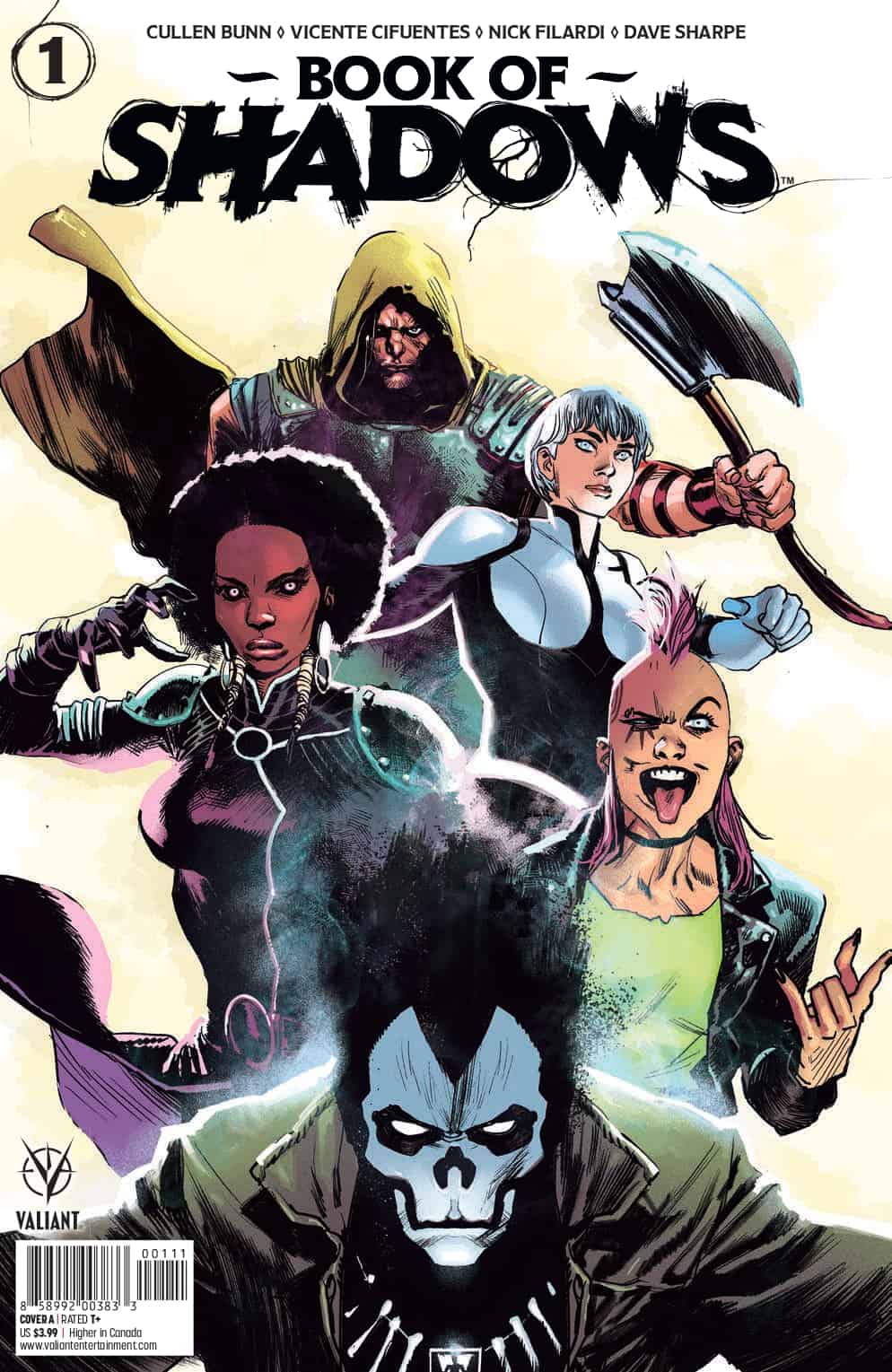 Shadowman. Eternal Warrior. Punk Mambo. Doctor Mirage. The supernatural protectors of the Valiant Universe unite for the very first time to stand against a terrifying ancient threat: Exarch Fane. No one is safe as the fearsome foe has his cold hands on the Book of Shadows.

Master of horror Cullen Bunn and bone-chilling artist Vicente Cifuentes present BOOK OF SHADOWS, a supernatural event that forms a brand-new team in the Valiant Universe… but will they be enough to stop Fane’s wrath?

This is the series I have been waiting for since Shadowman and Valiant first came back! I’ve been saying Shadowman feels like it has had a disconnect from the Valiant Universe as a whole. Shadowman has appeared very little outside of his own series, and to me, that’s been a big deal. I’m so glad Cullen has decided to do a team book, not only including characters Shadowman is already close to but adding a character like the Eternal Warrior, so the team has a better connection to the Valiant Universe.

I’m not sure how much I want to say, as I want to keep talking and talking about this instant champion comic in Valiant, but I keep these reviews spoiler free for a reason, so just trust me when I say you don’t want to miss this. 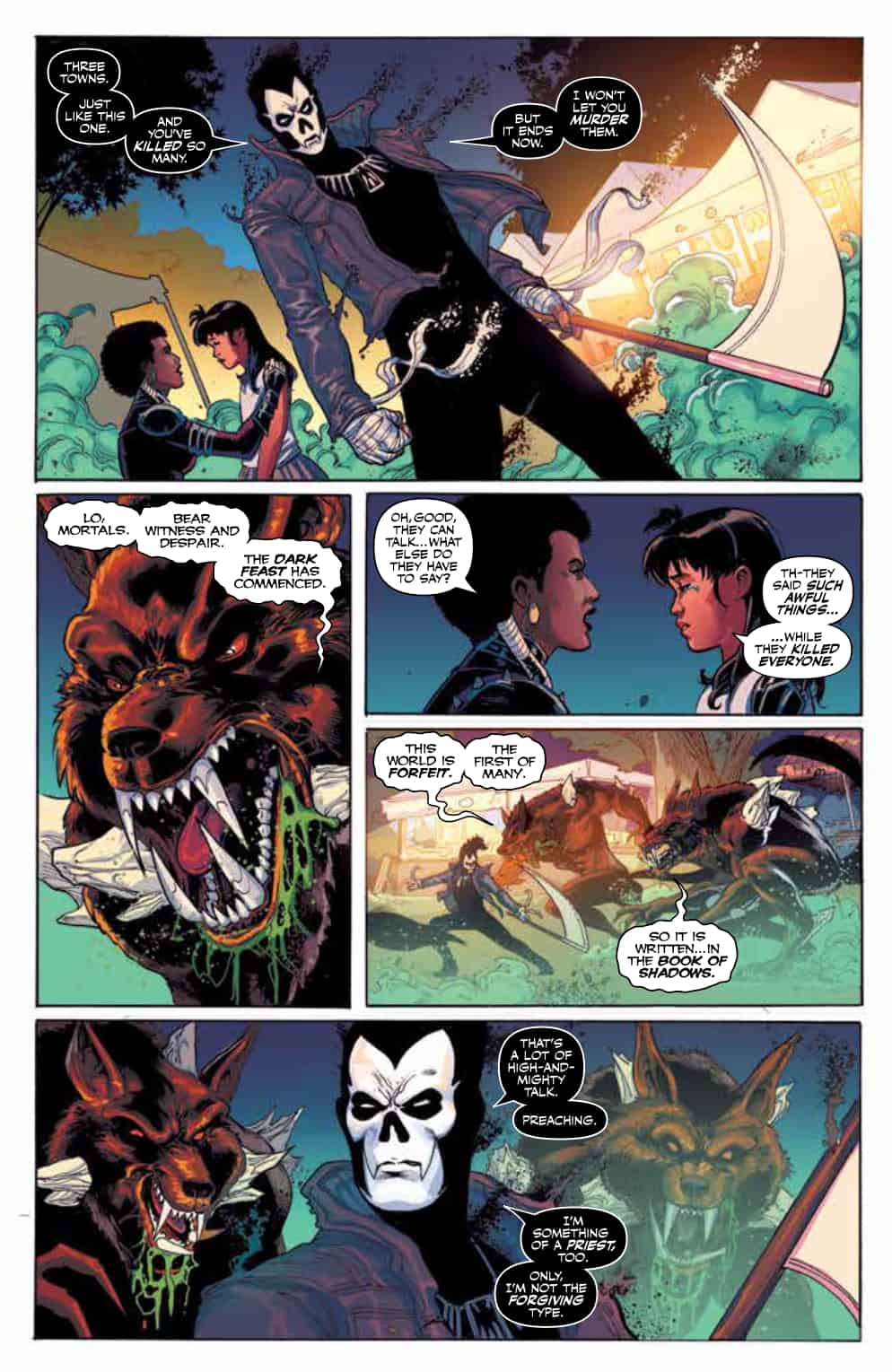 The writing in issue one is fantastic! Cullen does a great job of setting everything up for this series but also explaining everything new readers would need to know (as events from the Deadside War are very important to this series). As always, we get some amazing moments in this issue and some amazing liners from Punk! We also get to see Eternal Warrior and his connection to this whole big bad. Overall this issue does what it needs to in a big way! You can tell this series is going to be epic with some great character moments, which is what Cullen does best! I’m sure he has some amazing Universe-changing moments in this, and I can’t wait! Valiant did the right thing by having Cullen lead the magical side of the VU! 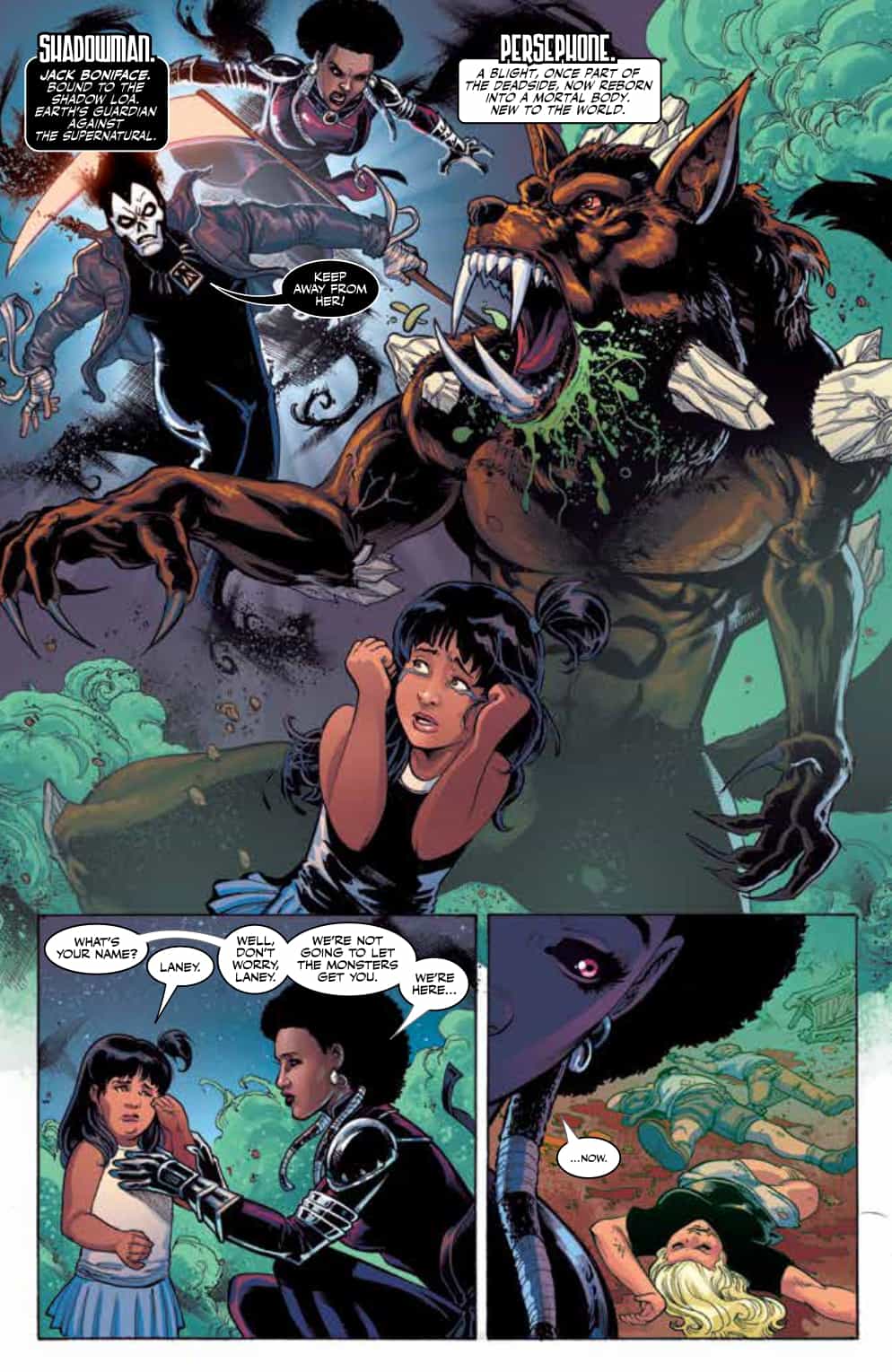 The art and colors for this issue are freaking beautiful! Not only are the fight scenes well drawn and full of action, but each page has something to be in awe of. While the characters already existed, the new characters and creatures are so well designed! They’re just the right mix of creepy and fun! And even the big bad is super interesting looking and is so unique! Each spell, blade, and person look so mysterious and stand out! Looking at the line art and the colors really shows how much color can add to a series. The colors are sharp and clean and stunning! This may be one of the best colors in comics, in my opinion. 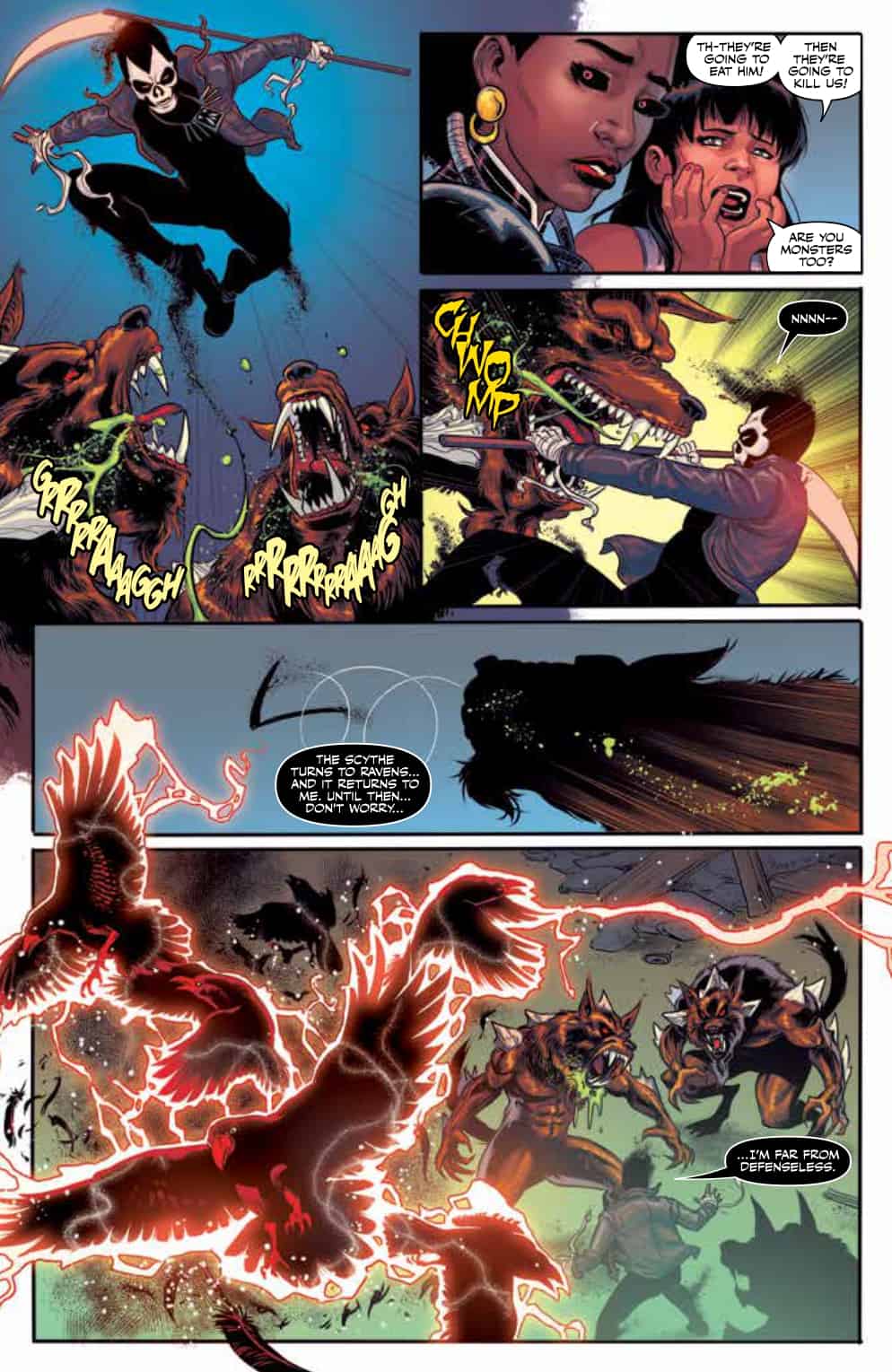 I have never been more excited for a series since Shadowman first returned in 2012! This is everything I've wanted and Cullen has delivered an electrifying beginning to this series! I hope and prey to the Deadside that Cullen will be with the magic side of Valiant for a long, long time!

I can't wait for issue two!

Book of Shadows #1: Page One of Horror