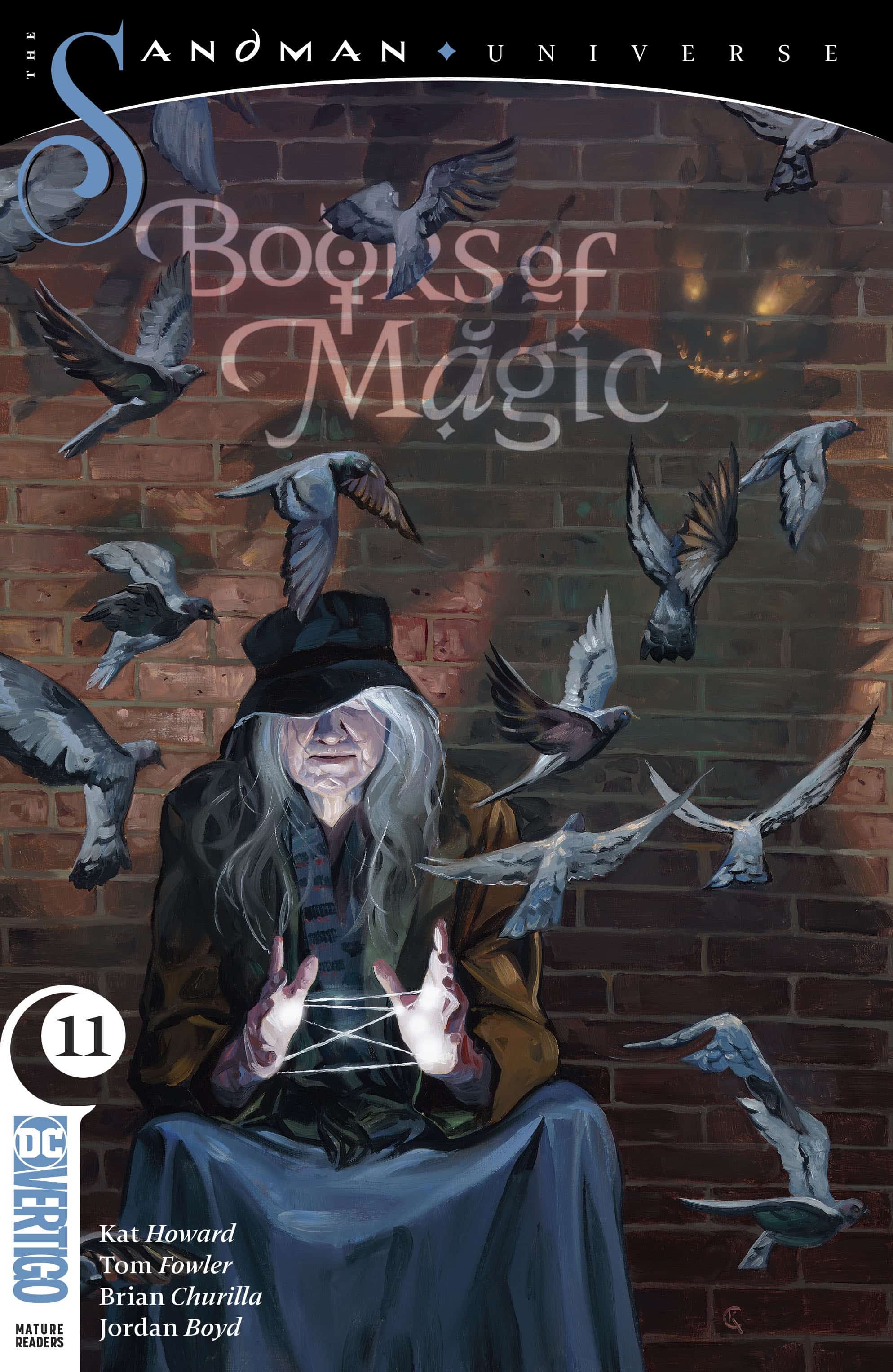 As Tim welcomes his long lost mother home she relays the news it was the Cold Flame that took her all along, which puts any thought of playing happy families in doubt. Inevitably Tim takes on board some feelings of guilt and, despite the advice of both Mad Hettie and Rose, comes to the rash decision of having nothing more to do with magic and the search for the books. 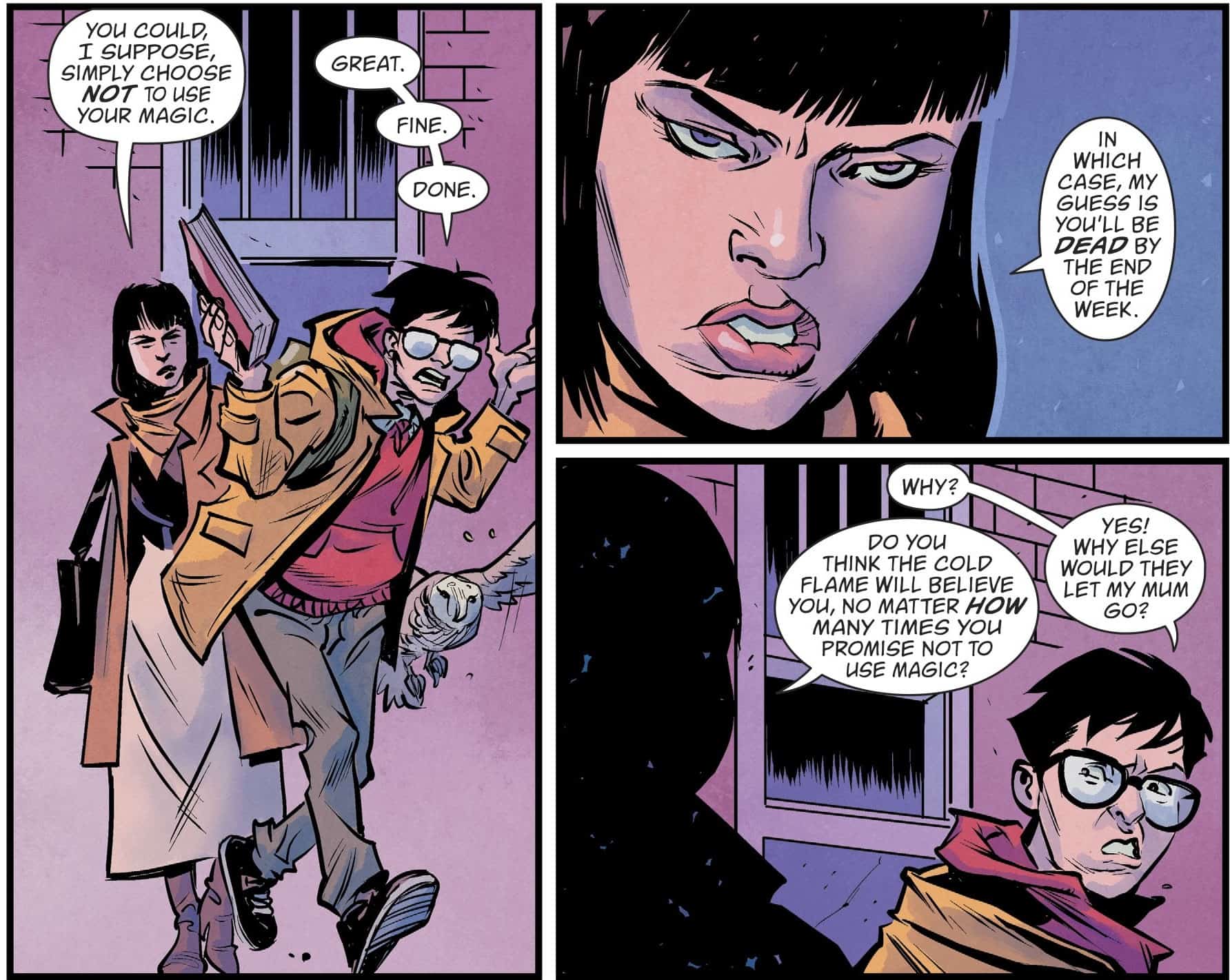 Meanwhile Ellie tries her best to hide from the other representative of the Flame who kidnapped her. But seeing as it’s her form tutor at school this is nigh on impossible. However she may be in luck as he finds Brisby and the two decide Hunter is the bigger issue. 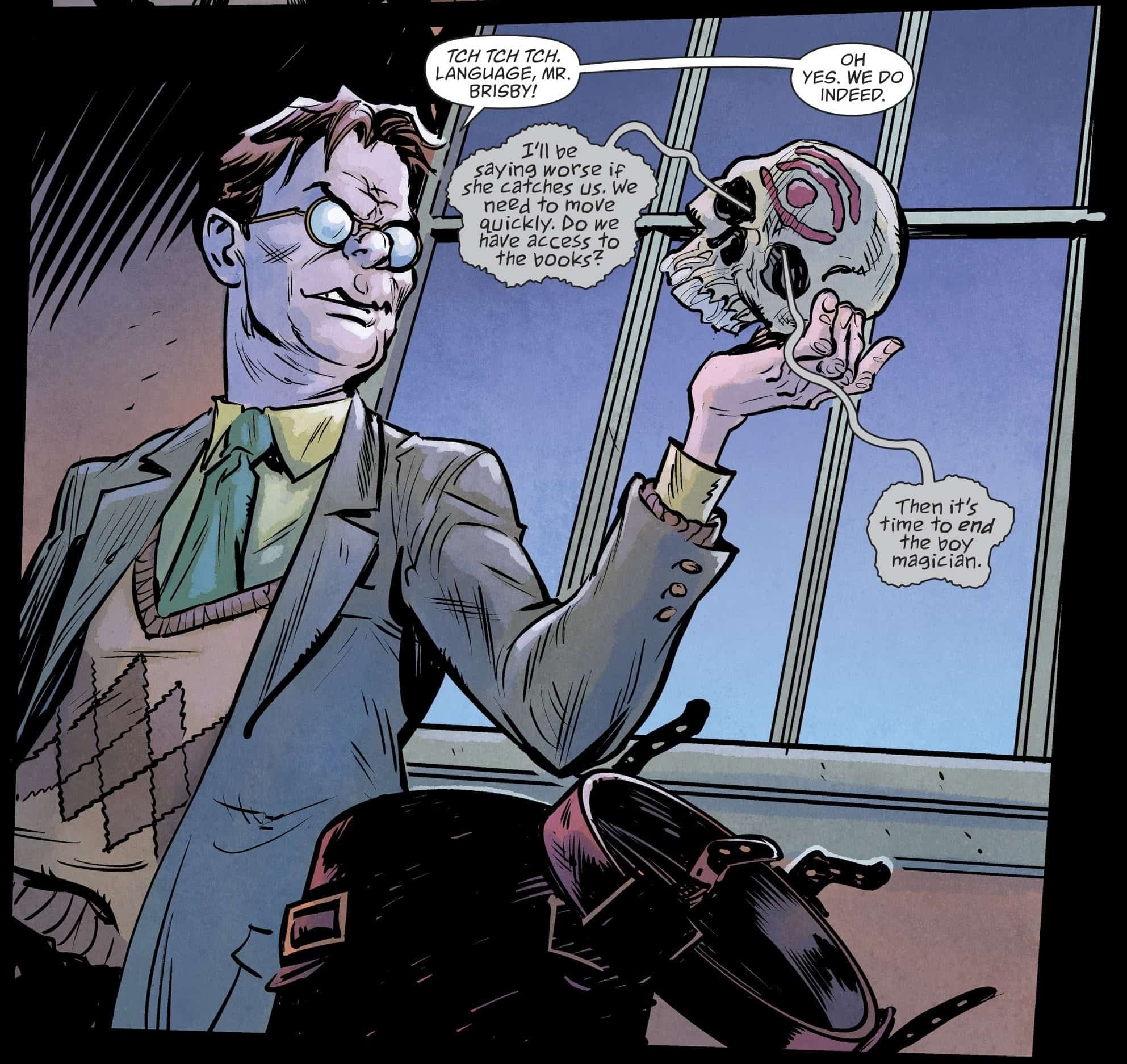 The ambiguity of Rose’s intentions toward Tim takes another swerve in the opposite direction this issue. When she discovers Davies and Brisby plotting together she clearly becomes something of a fierce protagonist. Nothing short of potent and brimming with intent is how I’d describe her as she hovers mid-air, looming in the doorway like some Dark Mary Poppins. And it’s clear that if she wanted to she could easily have dispatched Tim by now. And this again assures me she has Tim’s welfare firmly in her mind, even after visions of her killing the ‘other’ Tim. And Brisby has it right, there’s really only one thing to say to a vision like that. 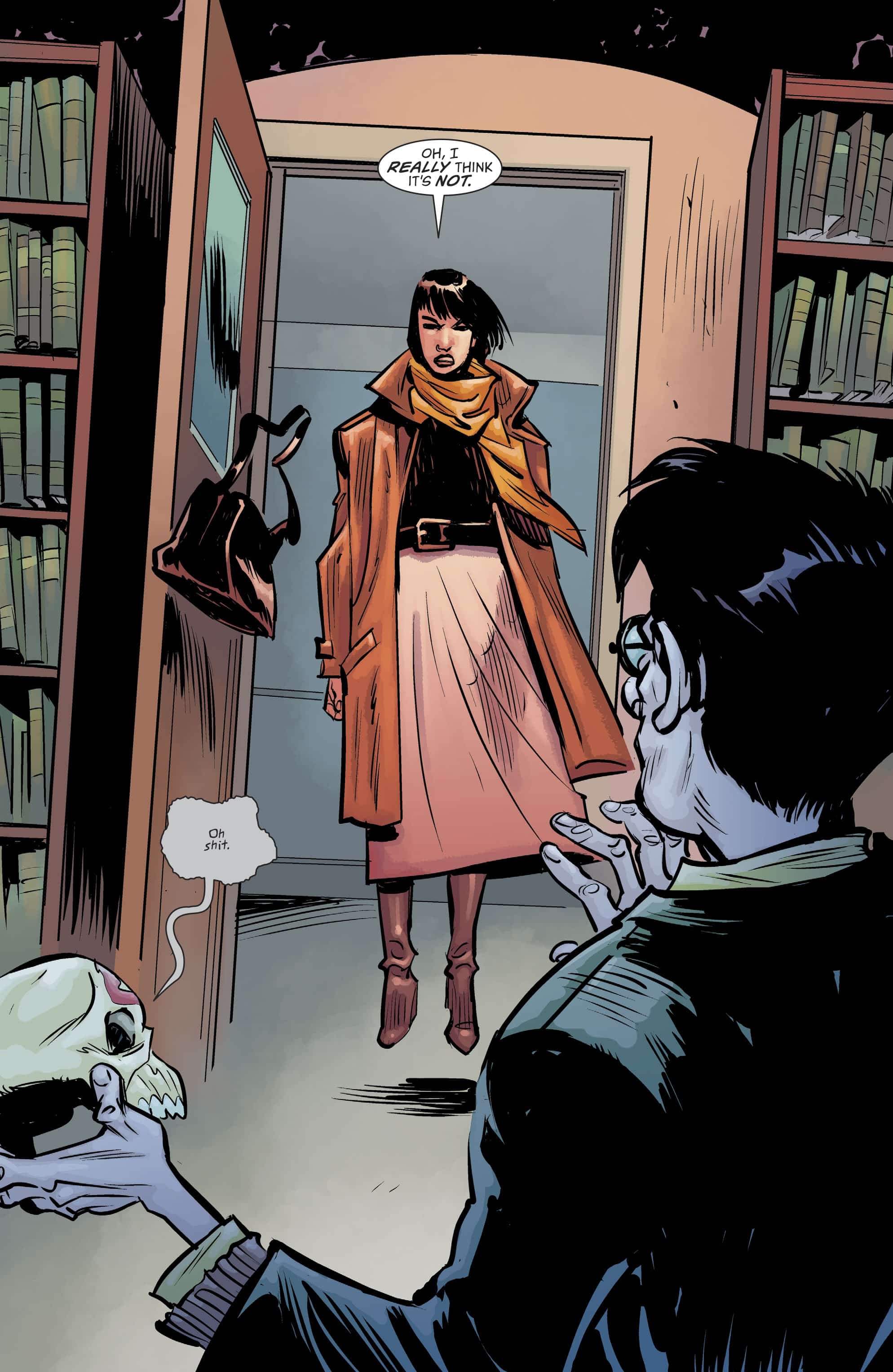 Kat is clearly enjoying making us doubt her and what she means for Tim’s future. Altruistic protector with nothing but benign intent, or wilful foe and potential destroyer? And as Tim plays happy families the same can be said of the woman professing to be his mother. Is she really who she says she is? And if so, does she mean Tim harm? The book clearly thinks so as it hides its contents from her. And the shadow of what he did to his father still looms fresh and raw, as a reminder of what can go wrong with magic. Every time he says “fine” it’s clear it’s really not. But then you can’t have Happy Families without the LIES. 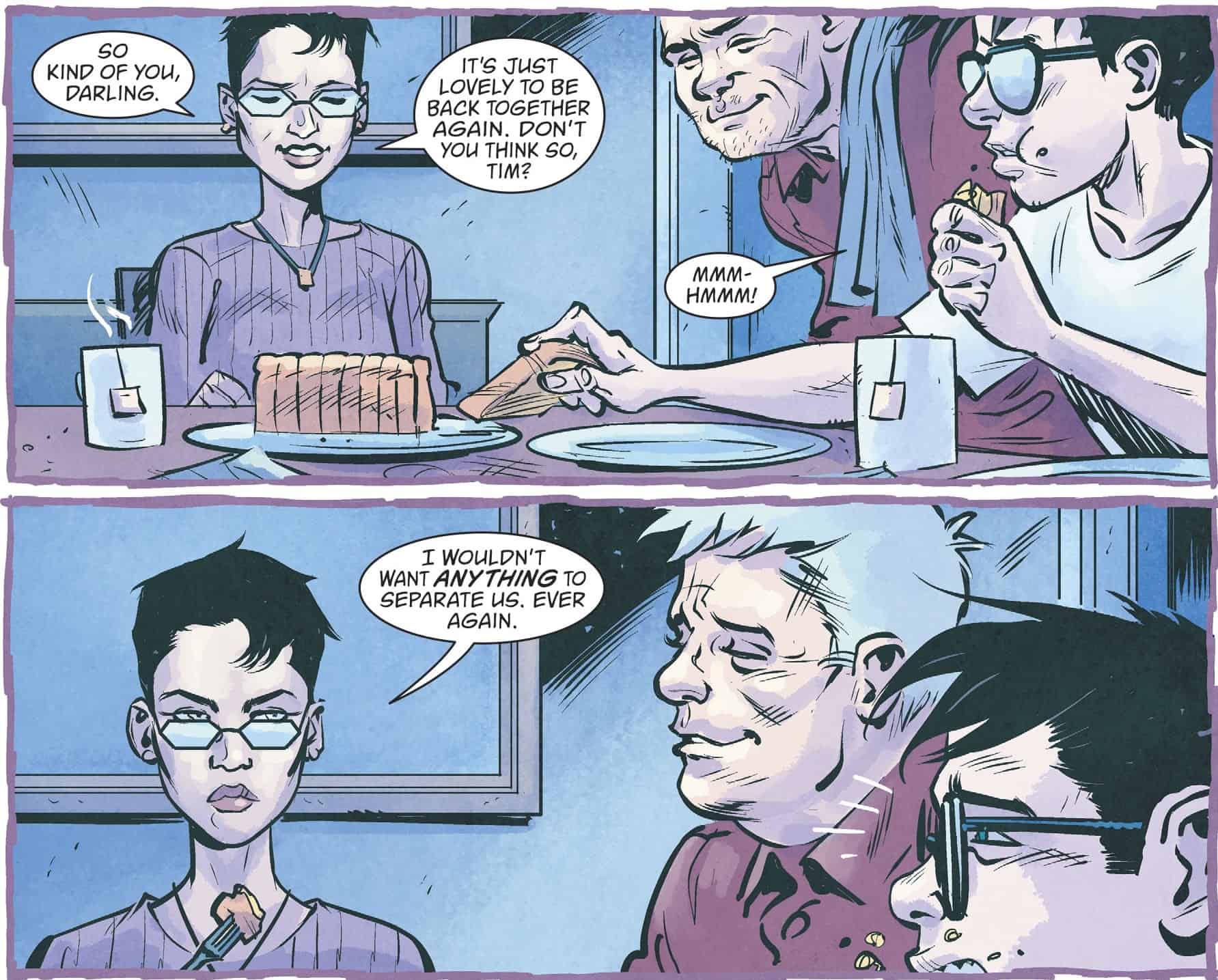 The plotting is taking shape really well so far and though it looks bad that Tim is trying to reject magic the Cold Flame clearly knows the truth of it just as we do. Once you let magic in it will never leave you. Also I loved the sheer wonderment of having Mad Hettie be the voice of reason. She is fast becoming my favourite sidereal character. And in the sidelines Ellie has also not been forgotten simply because her imprisonment has ended. As she skulks in the shadows hiding from Davies she still has a part to play, little suspecting she is falling into the orbit of his henchman Tyler. Lest we forget that he is under his influence. 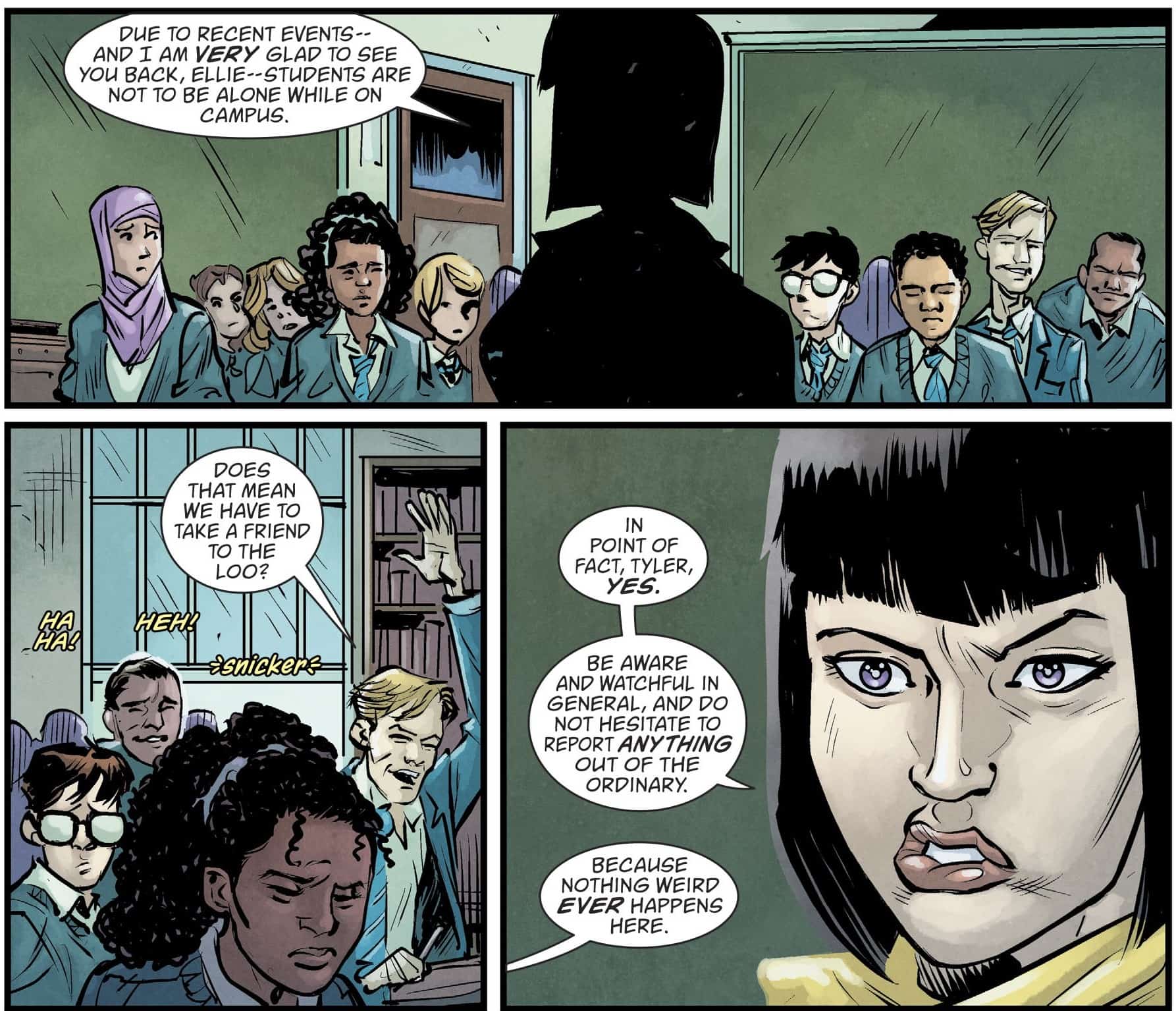 Points deducted however for the word ‘campus’. In a college or University yes, but not in an English comprehensive school I’m afraid….But points quickly added back on for ‘loo’. Well done for reaffirming the authenticity of the quintessentially British archetype. Good save there. Finally as regards the art team I have to say Kai Carpenter has become a firm favourite cover artist as once again she depicts another player in the saga in an intriguing light. Mad Hettie looks equal parts powerful mage and dotty homeless person. And given her part in this issue as the wise woman I find this a perfectly balanced portrayal. Within the story itself we have an issue within the constraints of the normal everyday and yet with no magic props to fall back on Tom Fowler and Brian Churilla skilfully conveyed the dramatic focus this issue. 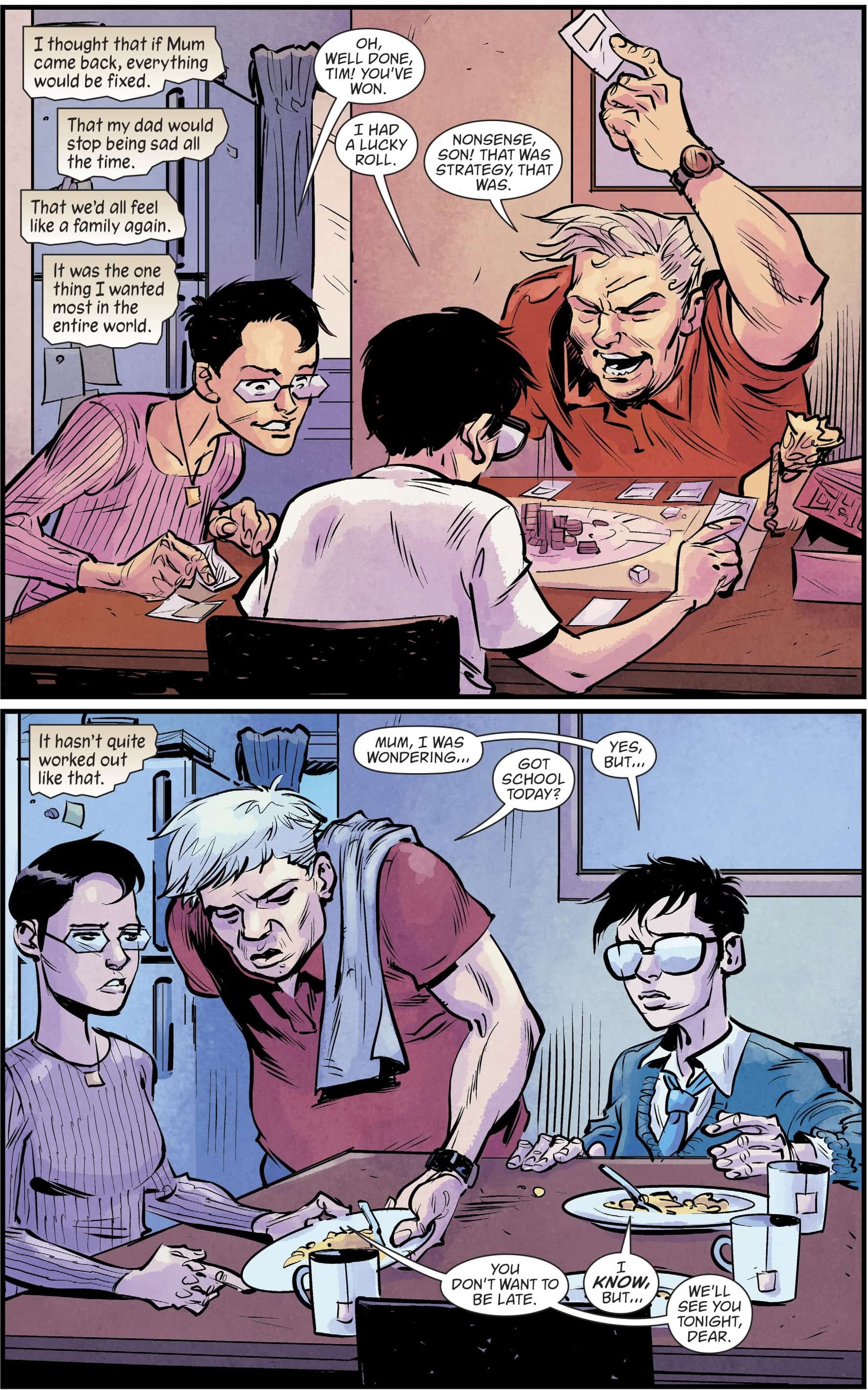 After his meddling with his father and the doubtful duplicity of his mother, there is a clear feeling of the oppressive and gloomy reality Tim has to face up to. All of which conflicts with his wishes of a warm and fuzzy return to the cosy memory of family life. And returning colorist Jordan Boyd also plays a huge part in this, giving the memories of the past a rose tinted glow, in stark contrast to the harsh facts of what his mothers return actually means. This coupled with the building subplot itself of the return of Tim’s mother is all a great achievement. Especially when so little of this issue was concerned with anything other than home and school life. No magical Dream domains or Faerie realms to contend with here, it relies on the human to liven things up and does a great job of making the seemingly mundane become all too important and loaded with tension.

Feet firmly rooted in the real world and still there is a compelling story to tell. Even in the everyday humdrum family life, with no glamorous distractions, there are deeper dilemmas and heavier implications.