Just remember what ol’ Jack Burton does when the earth quakes, and the poison arrows fall from the sky, and the pillars of Heaven shake. Yeah, Jack Burton just looks that big ol’ storm right square in the eye and he says, “Give me your best shot, pal. I can take it.” 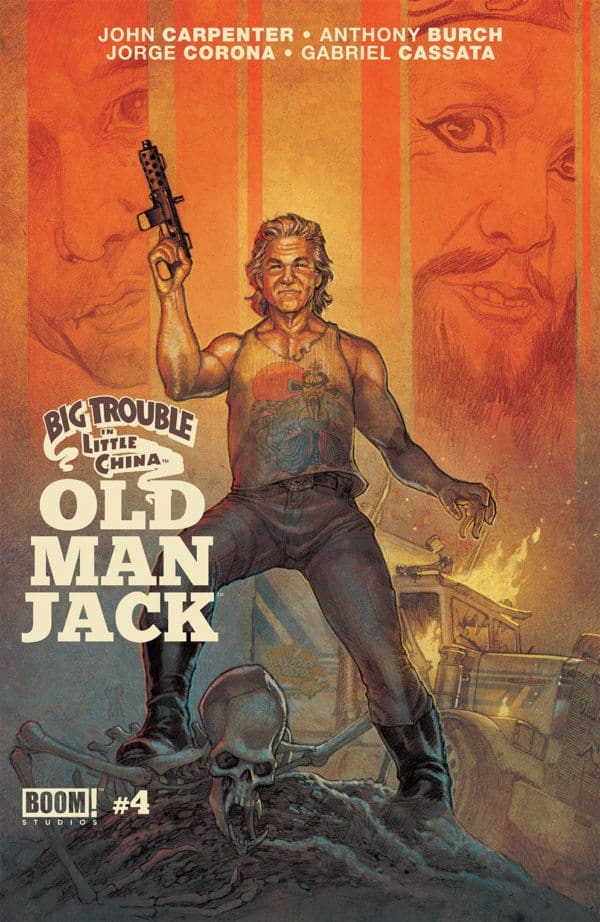 Based on the continuity set by the Big Trouble in Little China comic, a sequel to the movie. (If you haven’t seen the movie you’re gonna want to watch it, for the good of your soul) The year is 2020, the earth has been transformed into a flaming hellscape at the behest of Ching-Dai, the ancient Chinese demon. Ching-dai has merged the infinite hells of Chinese folklore with our lovely little planet, burning everything in his path. He was aided by the incompetence of his “friend” Jack Burton! Jack made a deal with Ching-Dai and basically caused the apocalypse. Bummer.

Jack was relegated to his own personal paradise in Palatka, Florida, but all was not well, he received a transmission from outside the wall of fire Ching-Dai surrounded him with. (trust issues much?) So he set out in search of buxom blondes and bitchin brews (his words not mine) and came across a semi powerless David Lo Pan, made mortal by an angry Ching-dai. Now a vindictive Lo Pan is traveling cross-country in the Pork Chop Express with his most hated enemy, Jack Burton, that guy is everywhere! Last issue, Lo Pan decided he doesn’t need Jack after all, and threw him into a lake of fire! Or did he? 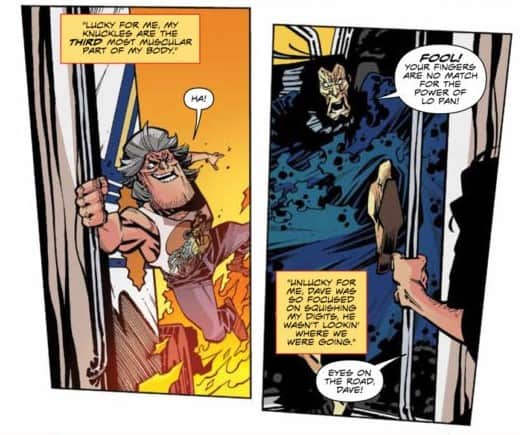 We start with a hilariously narrated flashback of the aftermath of last issue, Jack survived thanks to his knuckles “the third most muscular part of my body” and Lo Pan crashed the truck, being a crappy driver due to being an ancient demon with no license. The duo (are they still a duo if they’re enemies?) are caught by Pete! Pete being the otherworldly monster Lo Pan summoned who was Jack’s buddy for a time a couple minis back. Not unlike just about everybody else that has ever met him, Pete doesn’t like Jack anymore and knocks the pair out. 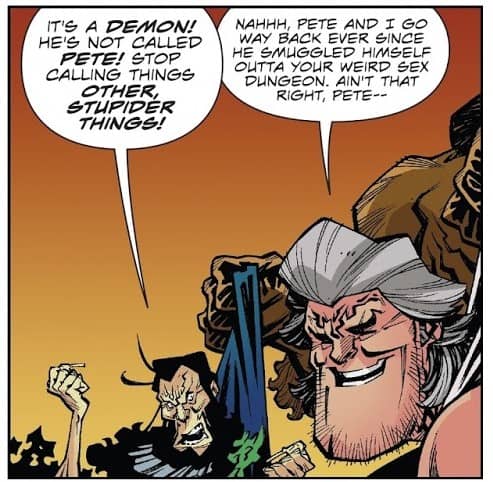 Burton and Lo Pan come to inside a massive coliseum, surrounded by Children of the Beast (remember those guys from issue #2?!) Lo Pan says he’s just using Jack to get past the sea of fire, the Children reply they’re far past it now, and he doesn’t need Jack anymore. Lo Pan is understandably excited and immediately tries to kill Jack. Suddenly their fight is interrupted, by Wang?! (we thought he was dead maybe!) 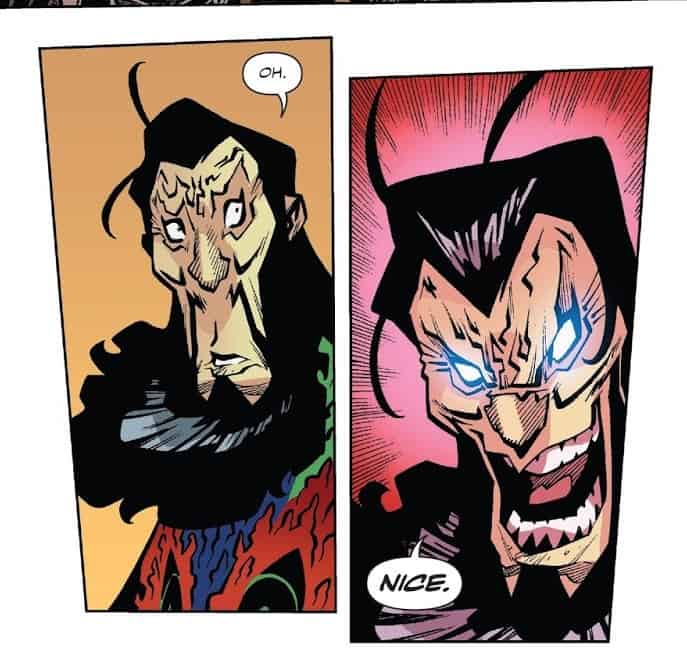 What does Wang think? Whose side is he on? Will Jack ever find a girl who’s into what he’s got going on? Will Lo Pan get the revenge he desperately desires? Pick up the issue and find out for yourself! In stores now!

Plot:
I love this series. It’s my favorite post-apocalyptic action comedy based on ancient Chinese folklore right now. I love the way Lo Pan and Jack squabble, their conversations are hysterical. Likewise, Lo Pan’s character is perfect, he’s weird, funny and insanely dangerous at times, he’s tried to kill Jack at least three times in four issues, with often hilarious results. I was happy to see elements and callbacks to the previous series in this issue as well, as they are stellar. Seeing Wang again was particularly cool.

Art:
The art in this series is a little on the cartoonish side, but perfect to offset what would otherwise be a pretty grim book, elevating it to the campy action-comedy setting the franchise is known for. The covers are spectacular likenesses of our Lord and Savior, Mr. Kurt Russell, I will be framing them all once the entire series is out.

Slightly less dynamic than last issue, but definitely due to a large set up for the final act of the miniseries, I can’t wait for next issue, I’m so sad we’re over halfway through.