Buffy the Vampire Slayer #26: Watching for Lurkers Around Every Corner 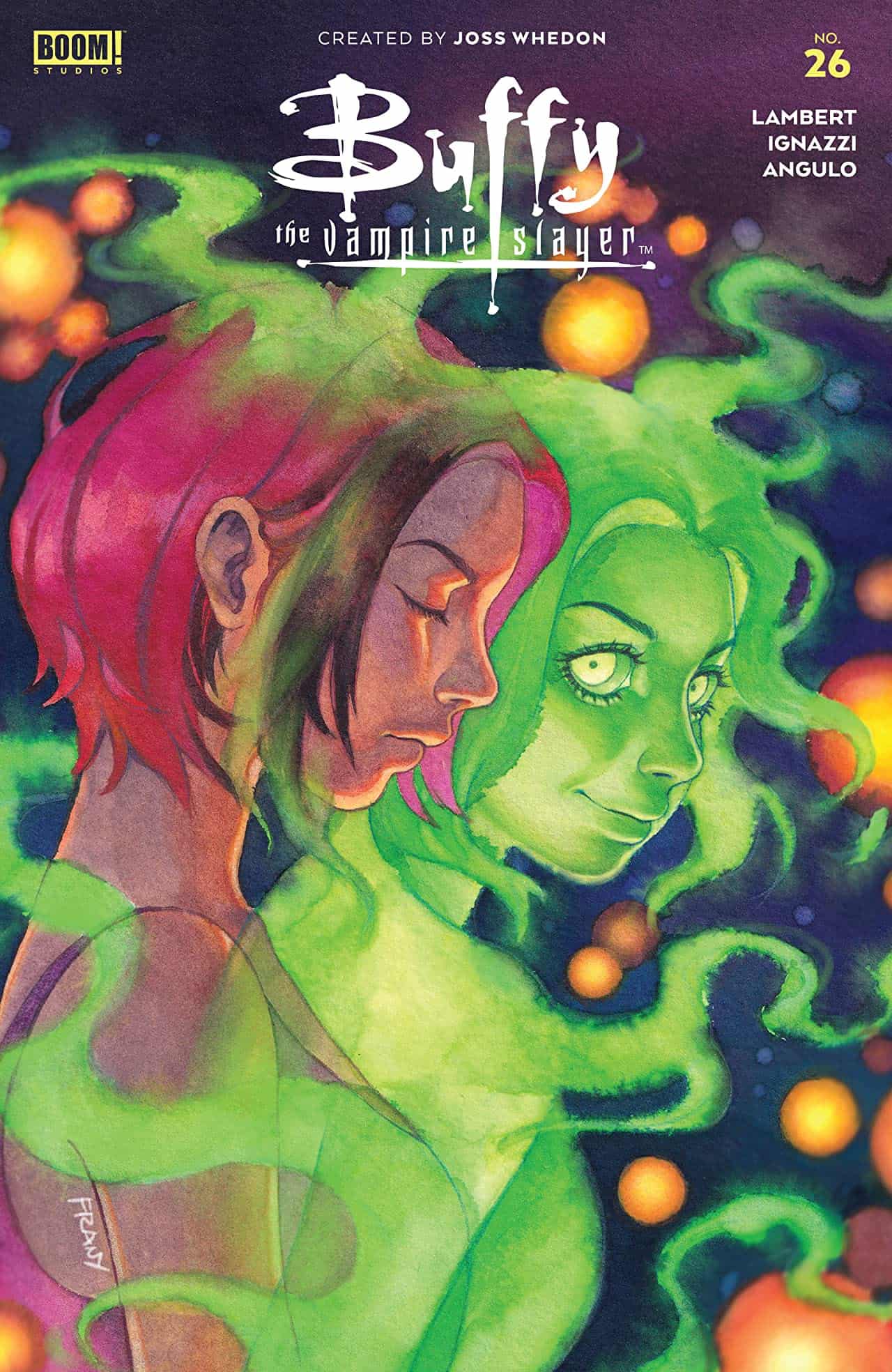 Life in Sunnydale moves forward as we start to see the bigger picture of what's in store for the Slayers.

My benchmark for any issue of Buffy the Vampire Slayer is “does it feel like an episode from the series.” Issue #26 doesn’t disappoint. Scenes, characters interactions, and dialogue all work together to give us that unique Buffy style. We learn a little more about this arc’s big bad. I could have used a recap from the previous issues to focus my attention on where this current arc is going. The Lurkers are an effective henchman bad guy popping up anytime the plot slows down. The entire cast are featured: Faith, Kendra, Cordelia, Robin, Buffy, Willow, Wesley and Giles. Everyone gets a character moment to shine as we move throughout the issue.

The solicitation for the issue teases us with “What if you KNEW your life could have been different?” But the issue doesn’t payoff the tease. We needed an issue 24a and 25a to show us what happened as the Slayer and her friends ran around the multiverse. It almost feels like nothing happened, and we’re moving forward in a different direction.

Buffy is known for its snappy dialogue and this issue doesn’t disappoint. From Faith’s ‘Five by Five’ to the Mayor’s trademark wit, our favorite characters sound exactly like we remember them.

In this issue, we transition to a more realistic, photo-accurate art style from Marianna Ignazzi. Marianna has flowing line-work. When she nails the character likenesses, it works really well for a television-based comic like Buffy. Unfortunately Anya and Ethan need more work. Anya’s a major character of this series so I need to understand immediately that it’s her. Ethan has always been a minor character, but when he’s the focus, it needs to look exactly like him.

The mix of characters and the momentum from the last story arc push this issue forward. We learn just enough about what's coming to keep our interest. Any time Ethan Rayne shows up, you know we're in for an interesting adventure.

Buffy the Vampire Slayer #26: Watching for Lurkers around every Corner