Buffy the Vampire Slayer #28: Wake up and Smell the Coffin 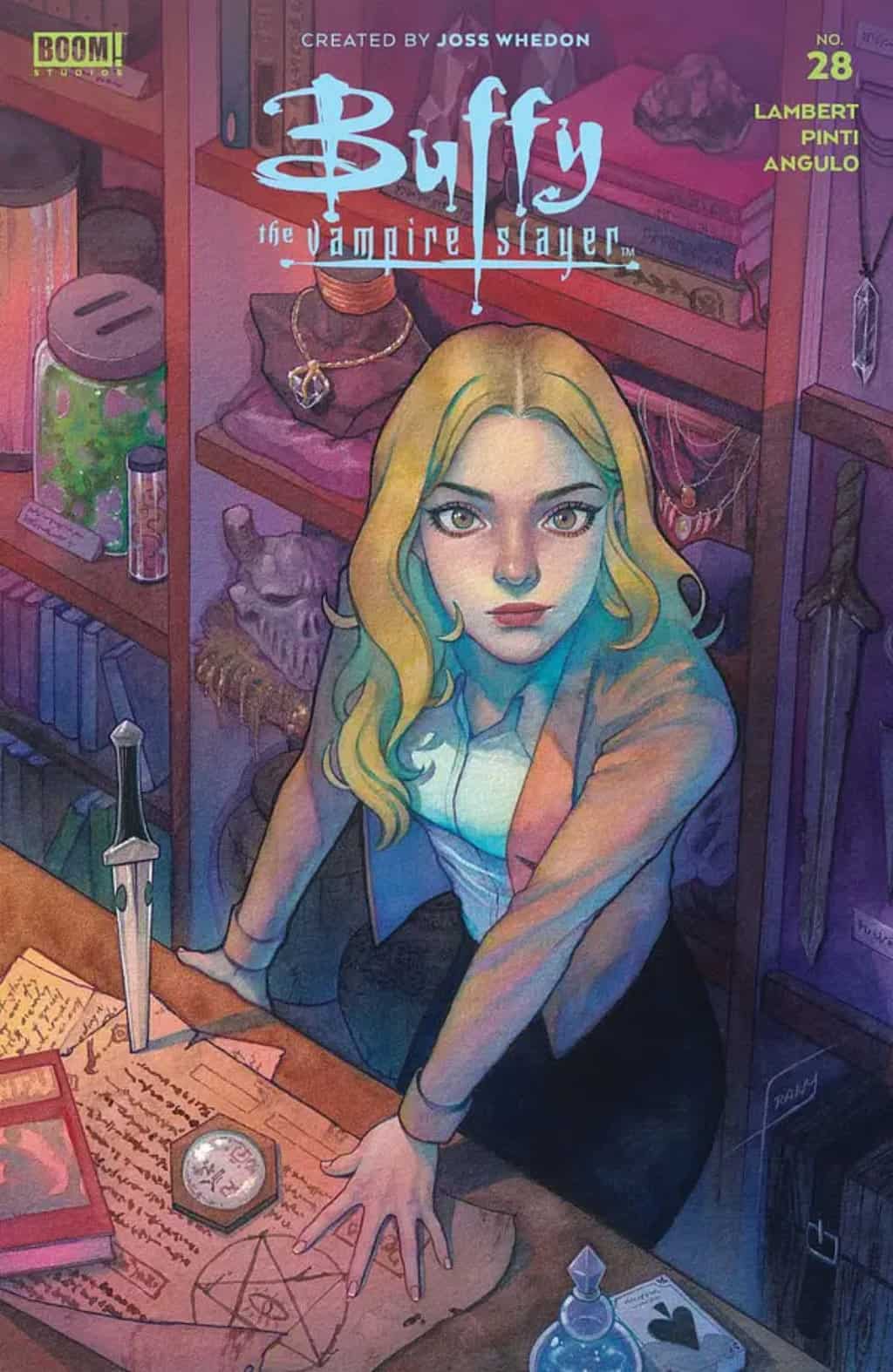 Last issue the Scoobies were dealing with the fall-out from jumping around the multiverse. Silas flexed his magical muscles just to play with our heroes. For a full recap, see Comic Watch's review of Buffy #27 and Buffy #26.

I have to admit to being a bit confused by previous issues of this storyline, but the cloud of obfuscation begins to clear this issue. The Watchers have been up to something with Faith, and we learn the details. Silas stays on the hunt and tosses a wrench into the workings of the Watchers. As expected, Ethan is also playing his own game. Anya and a mystery woman have been bouncing around the multiverse saving the Scoobies. In Buffy #28, we find out who our mystery woman is (and you’re going to love the reveal). Buffy and Willow create an attack plan as only Buffy and Willow would. 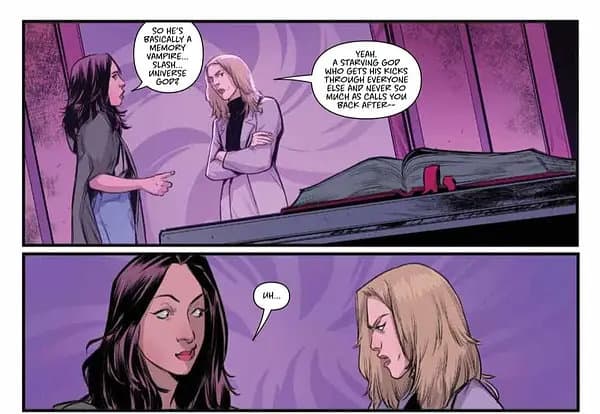 Anya and Silas have a past. If you are a fan of Anya, you can guess at the relationship and how it ended. It’s an extra layer of Buffy-lore that adds to the enjoyment of the issue.

Lambert’s dialogue works. It sounds like the television show, and it moves the plot forward. I especially liked the scene between Ethan and Cordelia. Her matter-of-factness is so Cordelia.

Valentina Pinti was also the artist on Buffy #25. She did an excellent job on art duties again this issue. Her characters aren’t photo-copy illustrations of the Buffy-cast actors, but they have strong elements of the actor’s attributes. Generally I can tell who’s who with the exceptions of Cordelia and Anya. There’s one panel of Faith waking up that could be right out of the television show. It’s absolutely creepy. Raul Angulo’s colors continue to be a strong factor in Buffy #28. Blue tints for outside. Greens and purples reflecting magic effects. 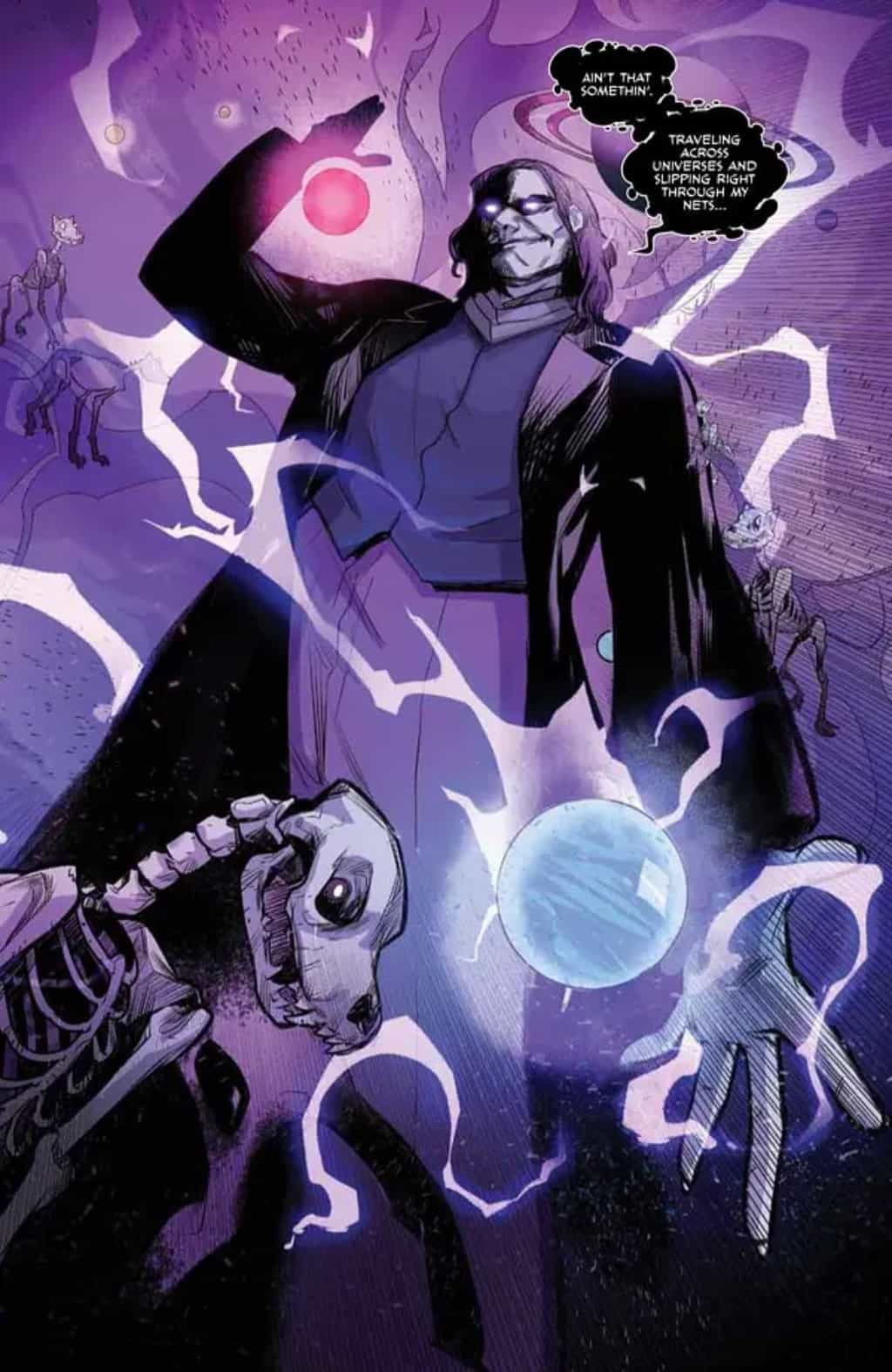 The panels do exactly what we need them to do subtly moving us through the comic with no confusion about reading order. Ed Dukeshire’s word balloons and sound affects add to the comic; i.e., Silas having his own style speech bubbles and “tweet, tweet, tweet” of Ethan’s wards. The “To Be Continued” in the Buffy logo font is inspired.

If you met multiverse doppelgangers would you feel friendly, sisterly, envious, or inadequate? There are a lot of comics and movies running with a multiverse concept (DC Comics and the MCU). None of them are dealing with it at the personal level. Lambert is expertly weaving the multiverse into Buffy the Vampire Slayer as only a Buffy comic could. Buffy’s always had a confidence problem. It makes perfect sense that she would feel inadequate after meeting more Buffys.

We visit all the usual locations in this issue of Buffy the Vampire Slayer: secret Watcher base, graveyard, the magic shop and Anya’s secret base.

If you are a geek for Slayer history, this issue is for you.

It feels like the moment in the TV series where all the pieces come together, and we can move into the action. All of the reveals this issue fixed much of my confusion. This was a great issue of Buffy, and I'm eagerly waiting for next month.

Buffy the Vampire Slayer #28: Wake up and Smell the Coffin