Buffy the Vampire Slayer: Chosen Ones #1: Tales of the Slayers

Buffy the Vampire Slayer: Chosen Ones #1 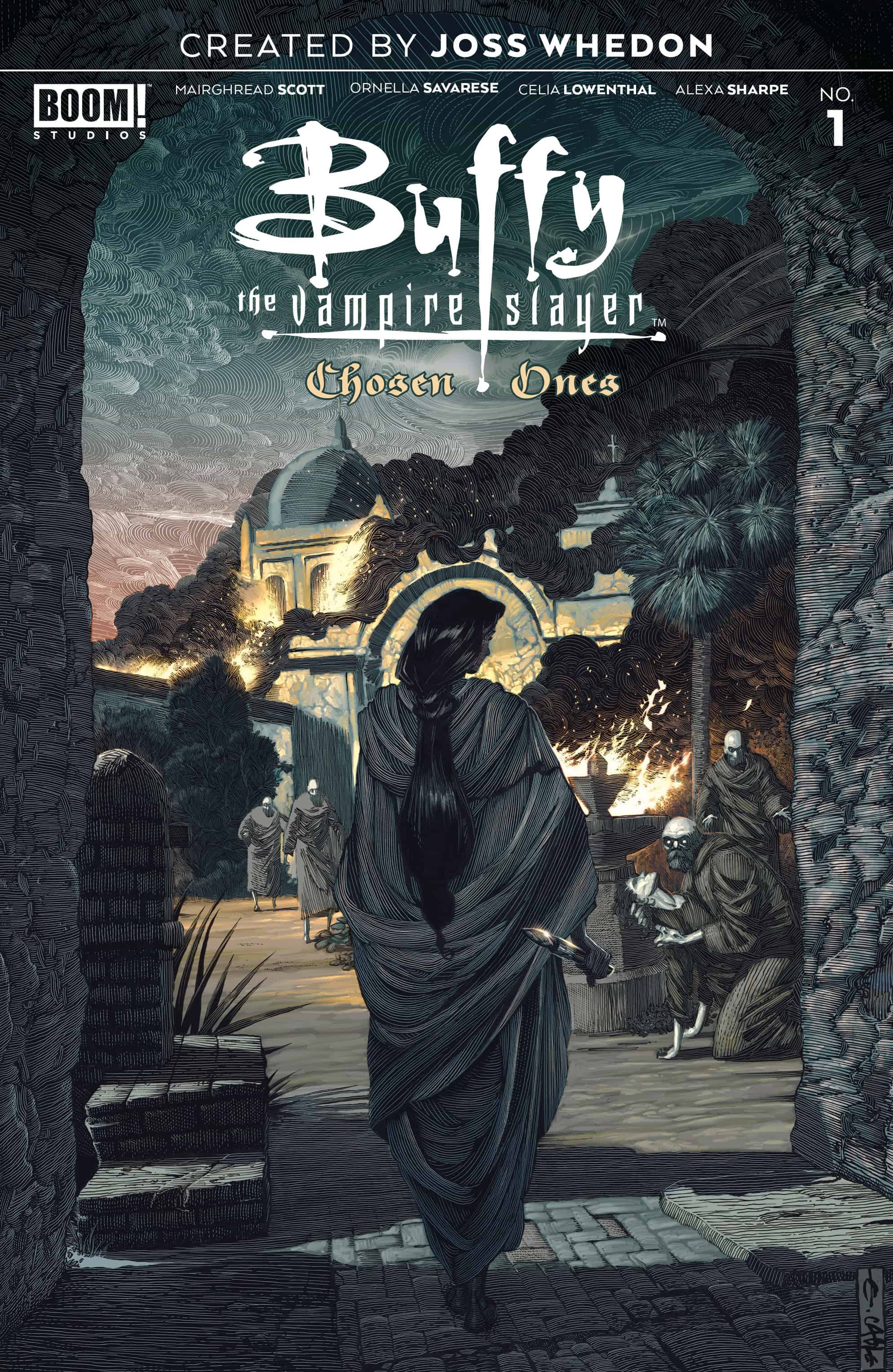 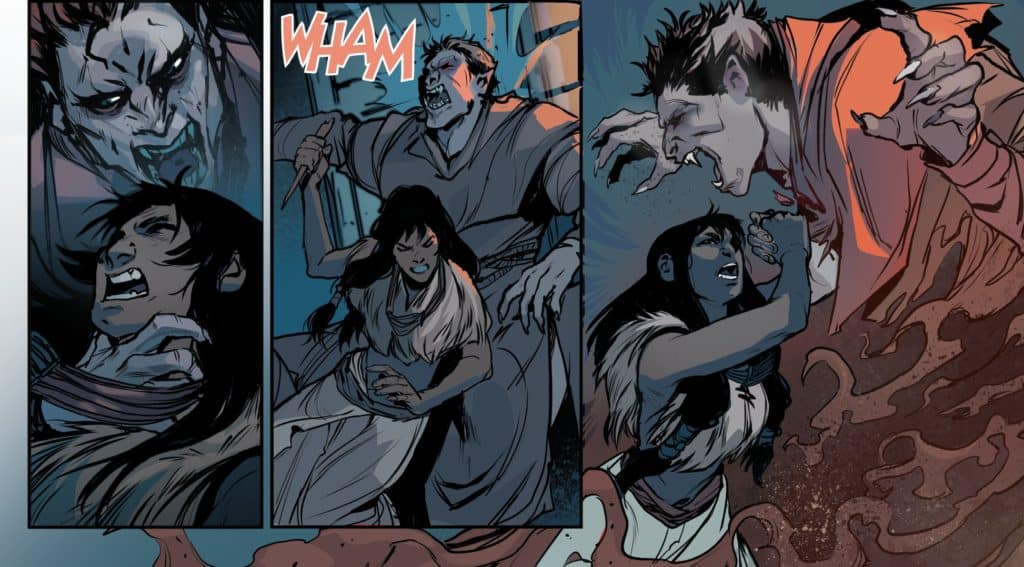 Will the newly-arrived Watcher known as Perez be up to the task of guiding her to her destiny, even as the forces of evil move to open a HELLMOUTH? And what sinister secret lies at the heart of the rash of local disappearances?

In the second tale, a young girl in 14th-century Italy named Silvia wrestles with the changing responsibilities turning thirteen brings, particularly when it comes to separating herself from the rough-housing boys she plays with. Her nanny has some sage advice about the matter. 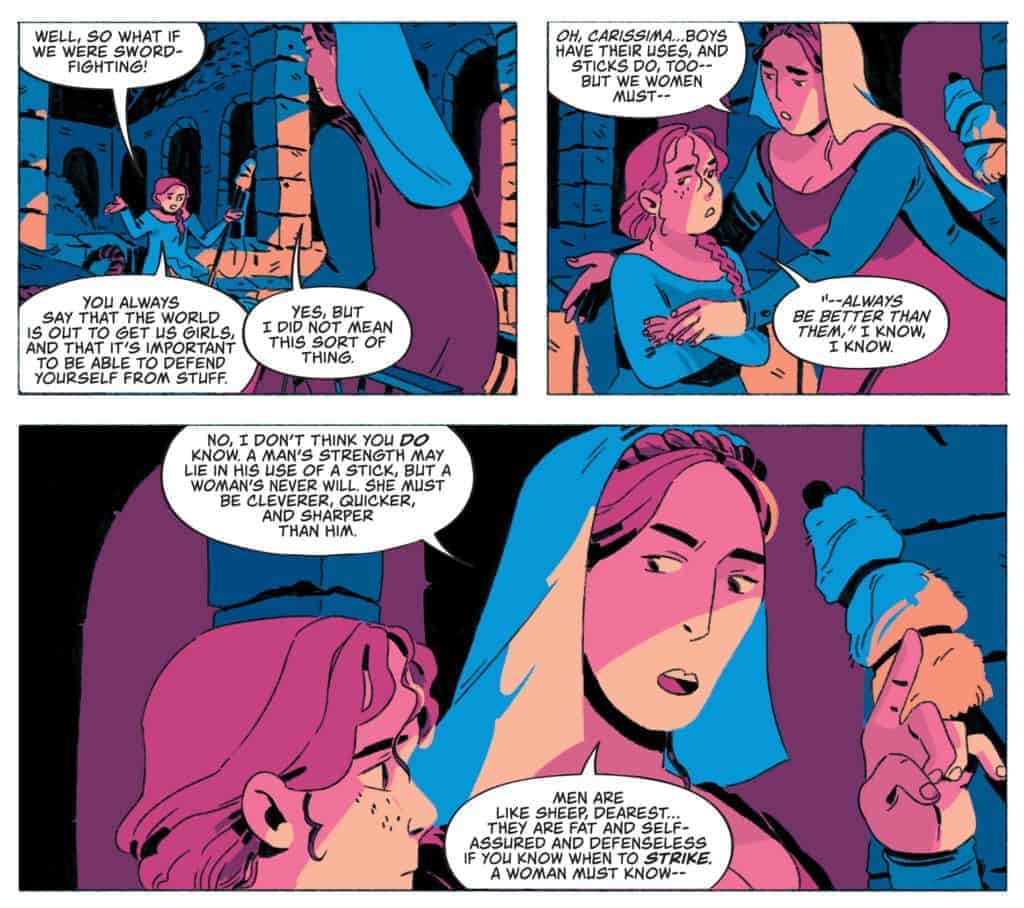 Little does young Silvia know how quickly her destiny as a blossoming woman tie into the creature lurking in the nearby woods!

Lastly, in early 19th-century Paris, a game of cat and mouse between a masked stranger and a charming dilettante turns out to be far more than it initially seems! 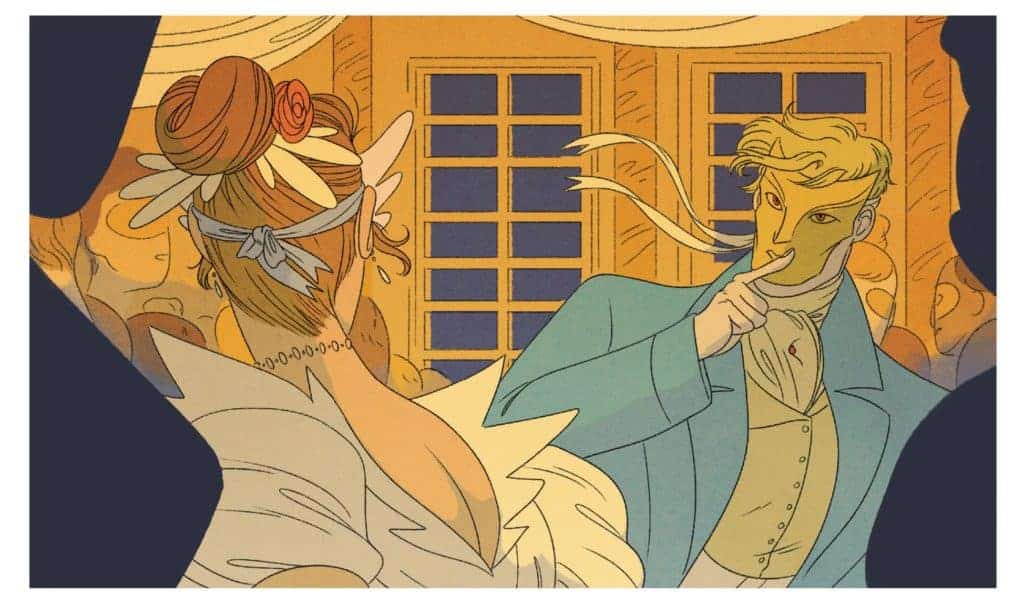 Boom! expands on their newly-reimagined Buffy mythology, but don’t think there’s anything out of character going on here. These stories would fit perfectly into the “old” Buffy cannon. Right out the gate, Mairghread Scott delivers the finest of the three, which is strong enough to carry its own one-shot if that were the case. Scott flips a lot of conventions on their head, starting with the notion of the settlers of Sunnydale were slowly sired and then believed themselves to be agents of Christianity, using the local indigenous tribe to open a Hellmouth. They believe the tribe to be “evil savages,” so think nothing of sacrificing them for the “greater good.” Hutash, the slayer, just wants to protect her people. The differences in Perez and her perspective makes for a very interesting twist on the usual slayer/watcher dynamic. I’d love to see more of Hutash and Perez at some point.

The second tale, written and drawn by Celia Lowenthal, is a gorgeously colored, lightly illustrated affair. It’s lighter in plot but highlights just how tragically young a slayer can be chosen for her destiny, as Silvia is still very much a child when this story begins but through tragedy is forced to grow up very, very quickly indeed. There’s a twist in the story that can be seen coming a mile away, but it has a strong enough emotional impact that I’m willing to give its obviousness a pass.

The third tale, buried at the back, is easily the weakest of the bunch. Written and illustrated by Alexa Sharpe, it’s as straightforward as it is dull. At a masked Parisian ball, a woman (who, duh, is a slayer) is romanced by a charming, masked rogue. They go outside for some privacy, his mask is removed, and much to no one’s surprise, he’s a vampire. They briefly fight and he’s dusted. The end. Not much to work with here one way or another. But the art is nice at least.

Very special props should go to artist Evan Cagle for the “woodcut” cover – it brings a sense of history to the book, and is simply gorgeous. It could be looked at all day and still new facets could be found.

Ultimately, fans won't be missing out if they choose to skip this one-shot, even if it is a mostly-proficient affair. Special props go to Mairghread Scott for her wonderfully well-thought out flip of standard slayer/watcher dynamics and a scenario that takes stereotypes about good and bad and turns them upside down. If readers want a deeper look at the mythology of the slayer - especially in Boom!'s new era - there are much worse things they could do than give this a read.

Buffy the Vampire Slayer: Chosen Ones #1: Tales of the Slayers