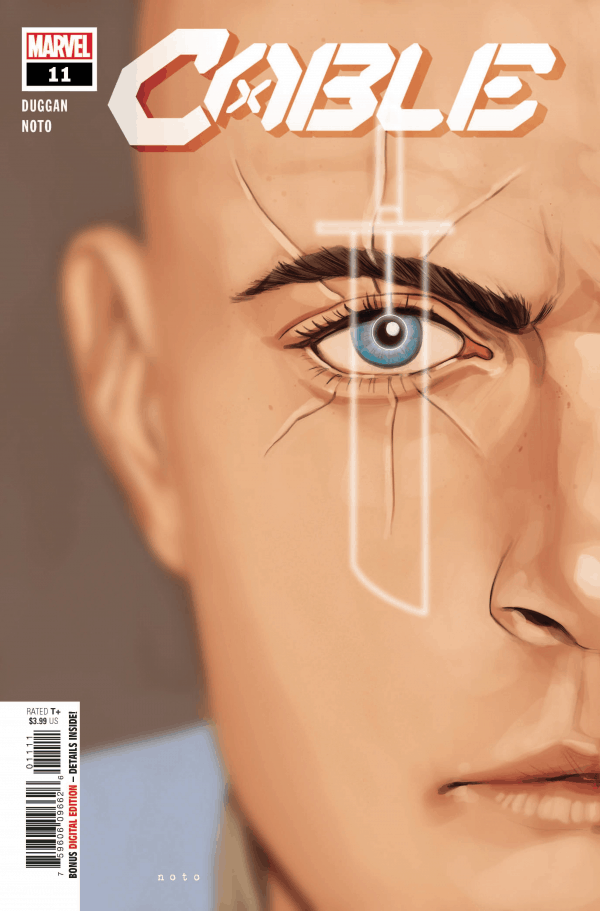 SUMMERS END! Some summers seem like they will never end. And some end too soon.

This is the penultimate issue of Cable and writer Gerry Duggan and artist Phil Noto waste no time assembling a team to fight in the final confrontation with Stryfe. Resigned to the reality that Apocalypse designed Stryfe to fight Cable forever, the Summers family reluctantly decides to resurrect the older version of Nathan that the teenage Cable murdered in a previous, pre-Krakoa story. Old Man Cable does not skip a beat upon resurrection and immediately puts plans into action. It’s in character that this version of Cable be resurrected to little sentiment, but I was a little disappointed that he did not interact with his parents despite the presence of both Cyclops and Jean. The comic saves the emotional greeting for Older Cable and his daughter Hope; their relationship had once been at the forefront of X-Men comics and is now acknowledged here through a meaningful hug.

All the characters and plot elements Duggan and Noto have played with in earlier issues come together here before next issue’s final conflict with Stryfe. Cable’s nemesis aims to sacrifice babies to open a portal from a hell dimension full of demons ready to invade Krakoa. This plot nicely parallels Inferno, the classic X-Men event in which Nathan’s mother conspired with demons to do something similar. These events are personal for the Cables and its a conflict very much in their DNA. Stryfe is written in a way that invites readers to not take him seriously. He is a full-fledged Nemesis and will always be a full-fledged Nemesis; he’ll never surpass the cliché and this comic knows it. Rather than the logistics of Stryfe’s plans, the resurrection is the important element of this story and the fate of the Summers family is at stake in this series at large.

Jean says it best in this issue when she tells Cyclops, “Every kid grows up too fast… especially mutant kids in this family.” I have previously enjoyed this comic for its emphasis on family. I am happy to see banter between these characters and feel tension regarding Teen Cable’s place on Krakoa and the Summers’ home. Jean Grey is written particularly on-character here as she deals with Deadpool in a particular severe way. Rachel, Magik, Domino, and a Knight of Galador are all in position for next issue’s big finale. The two Cables banter in predictable but charming ways. Readers are left wondering if these two characters can coexist and what it means for the resurrection of clones (notably, these characters are not clones but two versions of the same person, which is frowned upon).

Noto’s art always compliments the domestic moments in this series. His pencils and colors bring out every facial expression and situate characters in a bright, exciting world. He is responsible for the first appearance of Older Cable in this era and he really brings the heat to those panels. Coming off the Hellfire Gala, this issue has smaller stakes. This is not a criticism because “small” can mean warm and comforting. I’d like to see these interpersonal dynamics continue into other books as well.

Family is more at stake than the end of Krakoa as Cable prepares to end next issue. This book has built up charming interpersonal dynamics that assemble in this issue to excite fans reading from the first issue. While this issue spends most of its time setting up a familiar and cliched conflict with Stryfe, it still introduces elements that will impact the X-line going forward. Fans of original older Cable will no doubt be pleased and everyone who has come to love the teen version is probably a little worried.