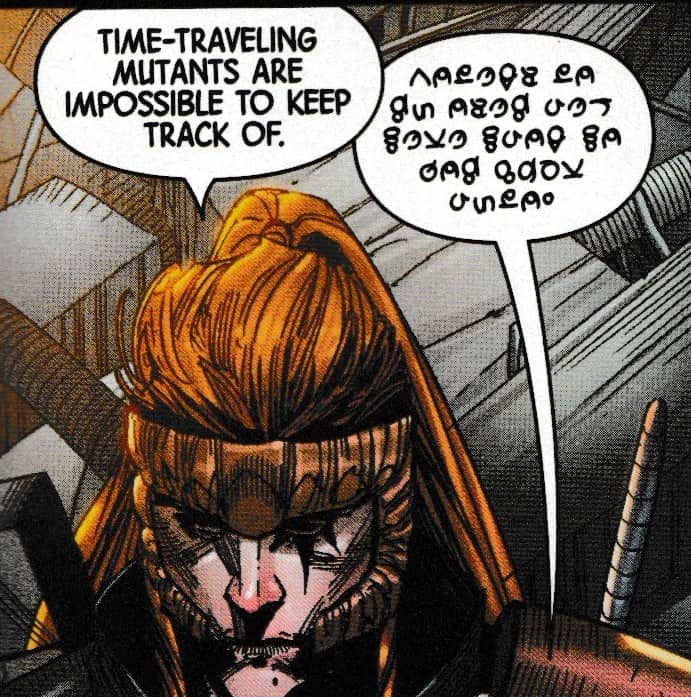 As Gideon seeks to kill the last of the Externals, Cable seeks to stop him, and Selene is still trying to figure out who’s doing it.  The question isn’t really “Is Cable going to stop him?” but rather “Who’s next?” 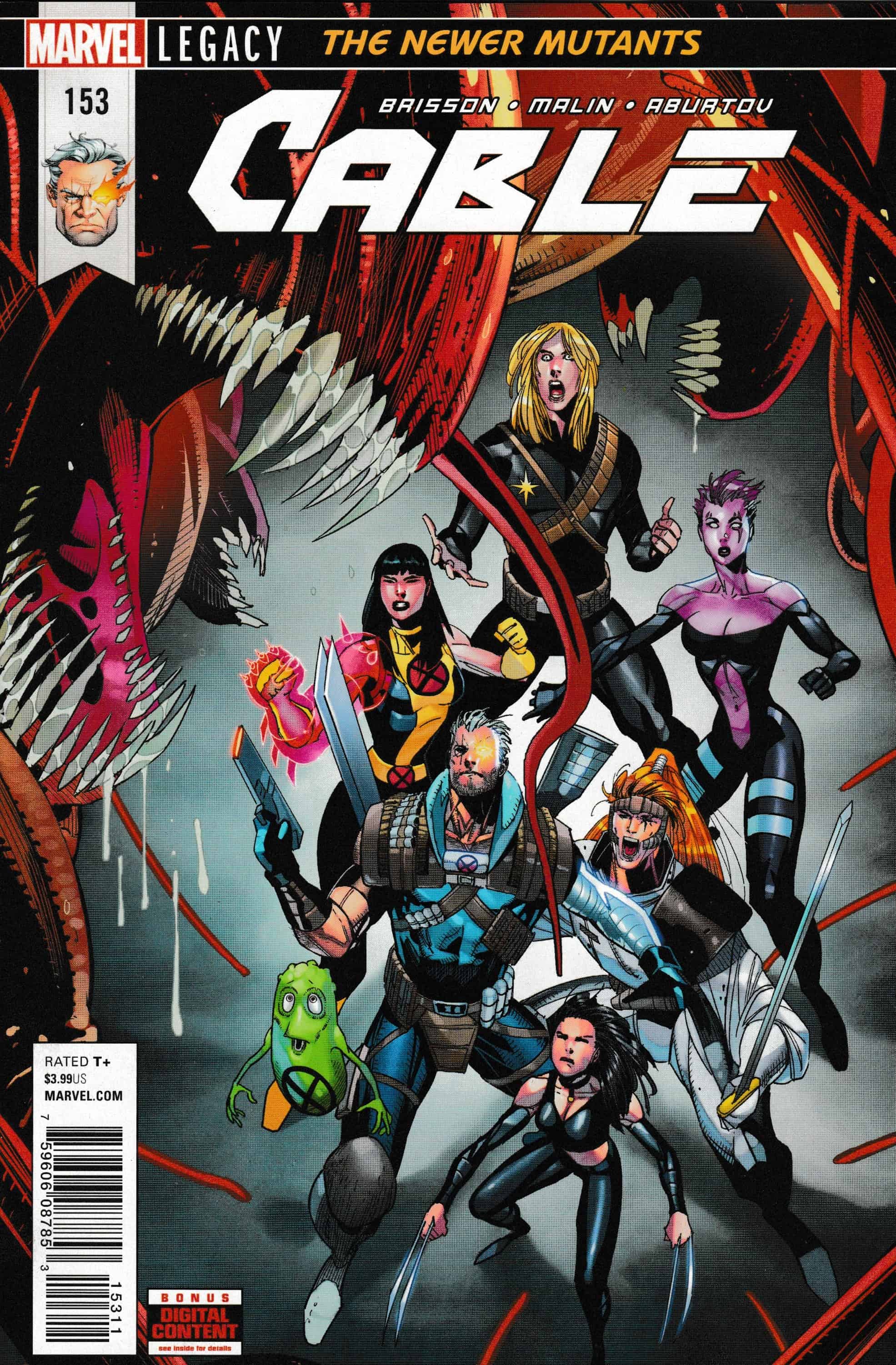 What You Need to Know:
A future Gideon (from farther in the future than even Cable) has come back to the past to kill the Externals.  Cable has gone to the same point in the past to stop him…after all, anybody messing with the timeline should be stopped…unless that person is Cable.  Cable has gathered a team, Selene has gathered a team, and both are seeking out Gideon.  Cable found him first but are now having to fight their way through Gideon’s mountain base.

What You’ll Find Out:
In the year 5348, Gideon awakes from his recharging capsule thanks to his assistant Eve.  For the next 13 years, he wanders, trying to find any form of life.  He comes across some seemingly sentient life forms that then begin to follow him.  Until he finds the ruins of the Xavier Institute.  He takes his time exploring the old building and finds a discarded cybernetic arm that once belonged to Cable.  And with it, he can repair the time-traveling devices held within.  In the past, Candra responds to a noise in her house to find Gideon standing there, ready to kill her.

As Gideon makes his escape from Cable and crew, Doop throws up a shield to protect them from the mental onslaught of the creatures in Gideon’s fortress.  They make the most of their opportunity to tear into the creatures, but they are too late.  Gideon runs and a door slams shut, trapping them, as an automated voice announces the commencement of the auto-destruct system.  Armor tries to break down the door but it’s not budging.  Cable talks to her and gathers his team around…just as the entire base explodes. 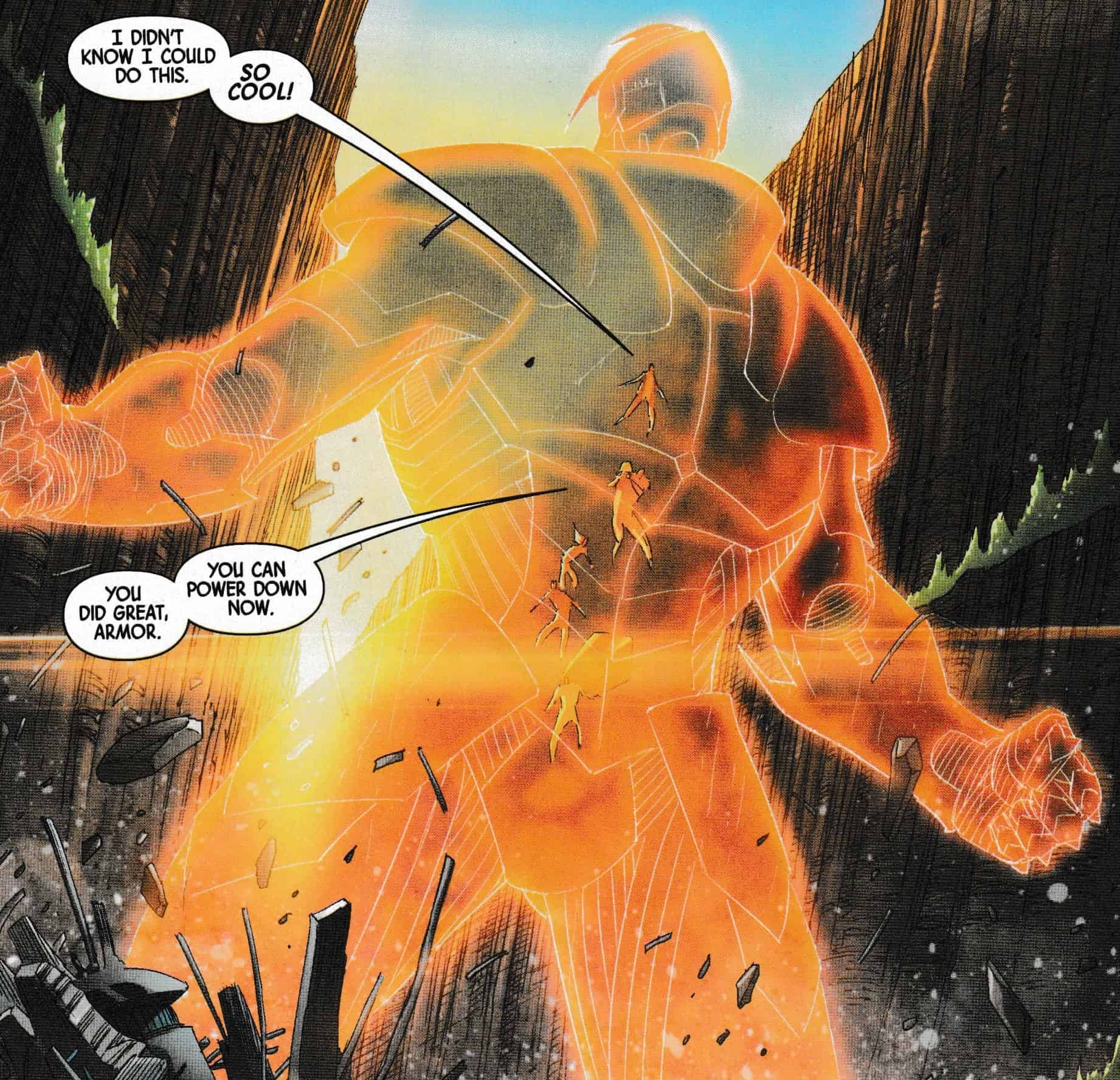 Gideon suddenly appears in a flash of light in front of Selene and her group.  He and Selene battle and he seems to have her on the ropes.  Selene orders her group to attack him but suddenly Absalom stabs Crule from behind, revealing himself to be a traitor.  And now Gideon definitely has the upper hand.  As Absalom deals with Nicodemus, Gideon is ready to kill Selene.  But she also has Blink.  And Blink teleports them both away.  Absalom now begs Gideon to kill him, to end his eternal suffering.  But Gideon isn’t exactly the most trustworthy.  He still may need Absalom.

Back at Gideon’s now destroyed base, a giant yellow fist punches through the rubble.  Armor is at the center, having turned her psychic armor into a giant protection.  As they now look around for a way to track Gideon, a purple flash heralds the arrival of Blink and Selene. 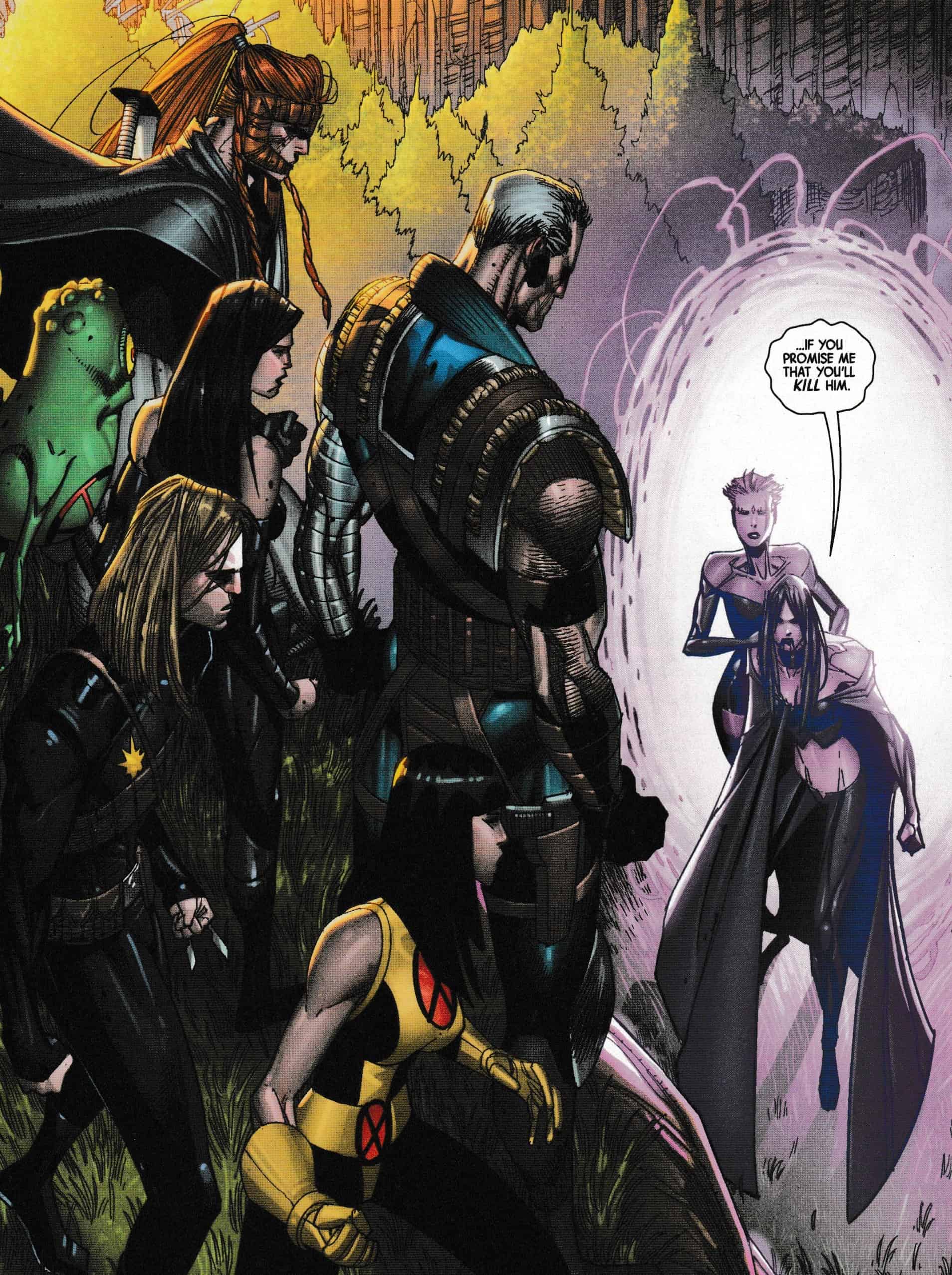 Luckily, Brisson doesn’t really try to give us another headache by specifying dates.  The only years are far in the future…so far that we don’t really care.  Of course, there’s the question of how could even the walls of the Xavier Institute still be around 4000 years in the future, but hey, who’s counting?

The issue itself isn’t bad.  It’s got plenty of action, some witty dialogue (including some that appears very self-aware), some excellent art.  There are some fun quips about how Shatterstar can’t keep all these time-traveling mutants straight.  Maybe it’s Brisson’s own views on how difficult it is to write a time travel story.  Or maybe it’s just a funny little line.

Plus this little touching scene from Cable was nice

We’re reminded again of the price of immortality.  I get the feeling this is the main theme.  People think of living forever as some sort of gift.  Never having to rush, never having to despair that your time is up.  But like Burke before them, Absalom is tired of living.  So tired in fact, that he would betray the only people he has ever counted as allies (I’m not going to go as far as call them “friends”).  He yearns for death.  To be released.  I have to wonder if this is the motivation for Gideon.  He had one chance to be released, but Selene spared him for some reason.  Which left him recovering for literally thousands of years.  And when he woke up?  Completely alone.  Gideon was always kind of sketchy (mostly a bad guy) but I would imagine this might send him completely over the edge, seeking revenge against not just Selene but the other Externals.  Immortality actually sucks!

The problem is that Selene is one of my favorite villains…  and to see her on the run like this…  it’s just not believable.  And so while the action is nice, my complaints are similar to last issue in that once again Blink barely does anything (but at least she teleports) and Selene shouldn’t be this much of a pushover.  Maybe it’s a case of wanting too much for two characters I really like and Brisson just having other ideas.  But we don’t have much left in this arc and then we get a new creative team which probably means no Blink.  And so my overall expectations are falling flat.

The saving grace is Malin’s art.  The pencils and inks are amazing (maybe not my favorite ever, but some of the best I’ve seen in a Cable issue).  He excels at showing emotions through his art which is something a lot of artists have trouble with.

Final Thoughts:  It’s a decent enough issue, and better than the last one, but if you’re a fan of either Selene or Blink, you’ll be disappointed.  Already reading Cable?  Might as well pick this one up.  But if you haven’t started?  Probably best to skip it.