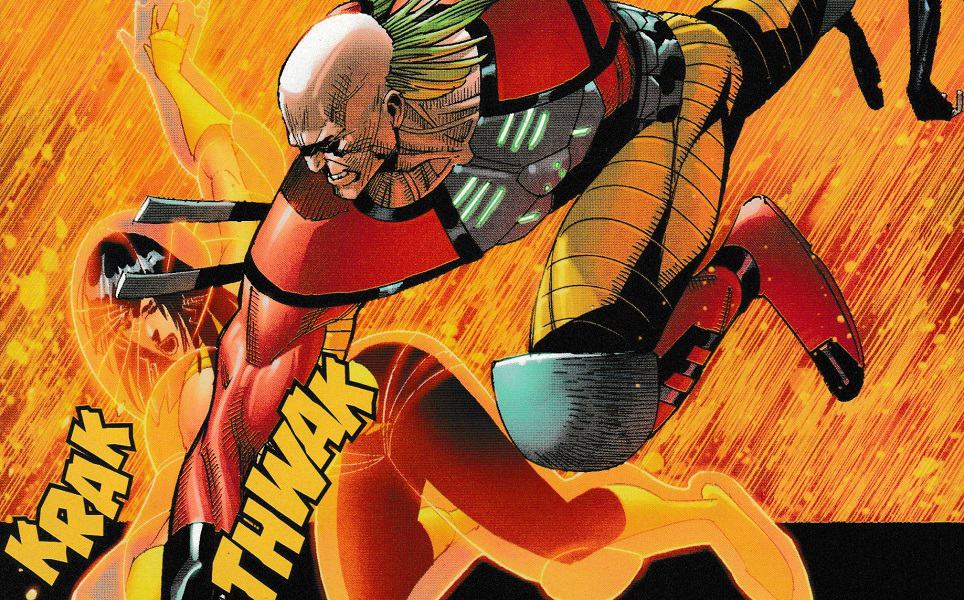 NEWER MUTANTS, PART 4:  Cable and his crew must team up with Selene and Blink to defeat Gideon.  But with the powers of almost all the Externals and the knowledge of thousands of years, Gideon may easily outmatch this ragtag bunch. 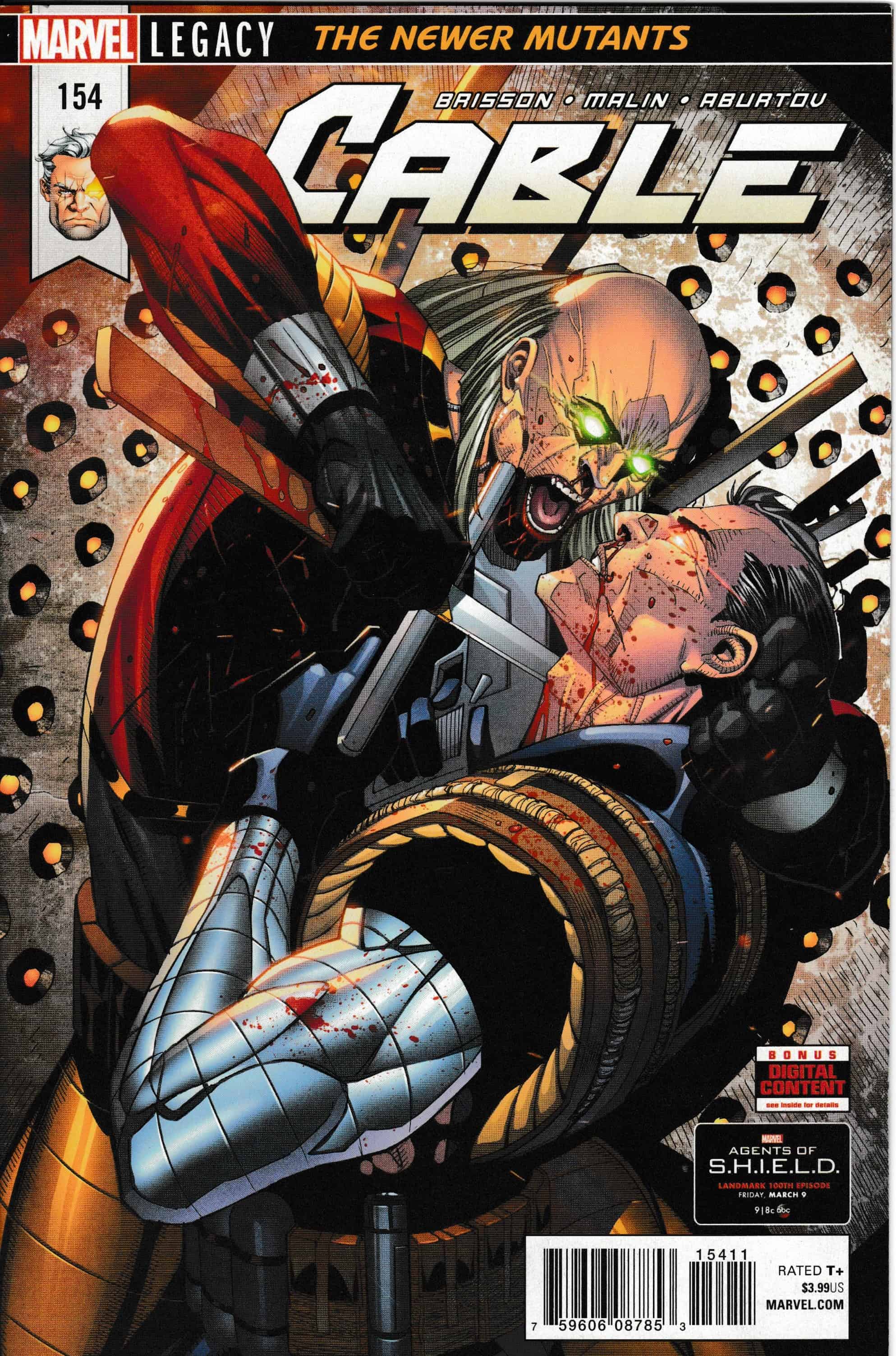 Cable has traveled 13 years into the past to find out who is killing the Externals before their time.  He discovered a future version of Gideon, one from even farther into the future than Cable.  Gideon has killed (and thus absorbed their powers) all but two:  Absalom who turned traitor and is now supporting Gideon and Selene, whose only remaining follower is Blink, a girl who she would eventually turn into a murderer in Selene’s bid for godhood (in the now classic Necrosha storyline).  Unable to defeat Gideon on her own, Selene has now enlisted the help of Cable and his team.

Selene pleads for Cable’s help and he agrees with one condition:  that Selene releases her hold over Blink and not use Blink in the future (again…check out the Necrosha storyline if you haven’t yet).  Before they can track down Gideon, however, he finds them and he and Absalom attack.  Cable’s crew returns fire.  A fierce battle ensues but Cable’s group is at a disadvantage since Gideon has the precog powers of Burke.  So Cable instead shoots a hole through Absalom. 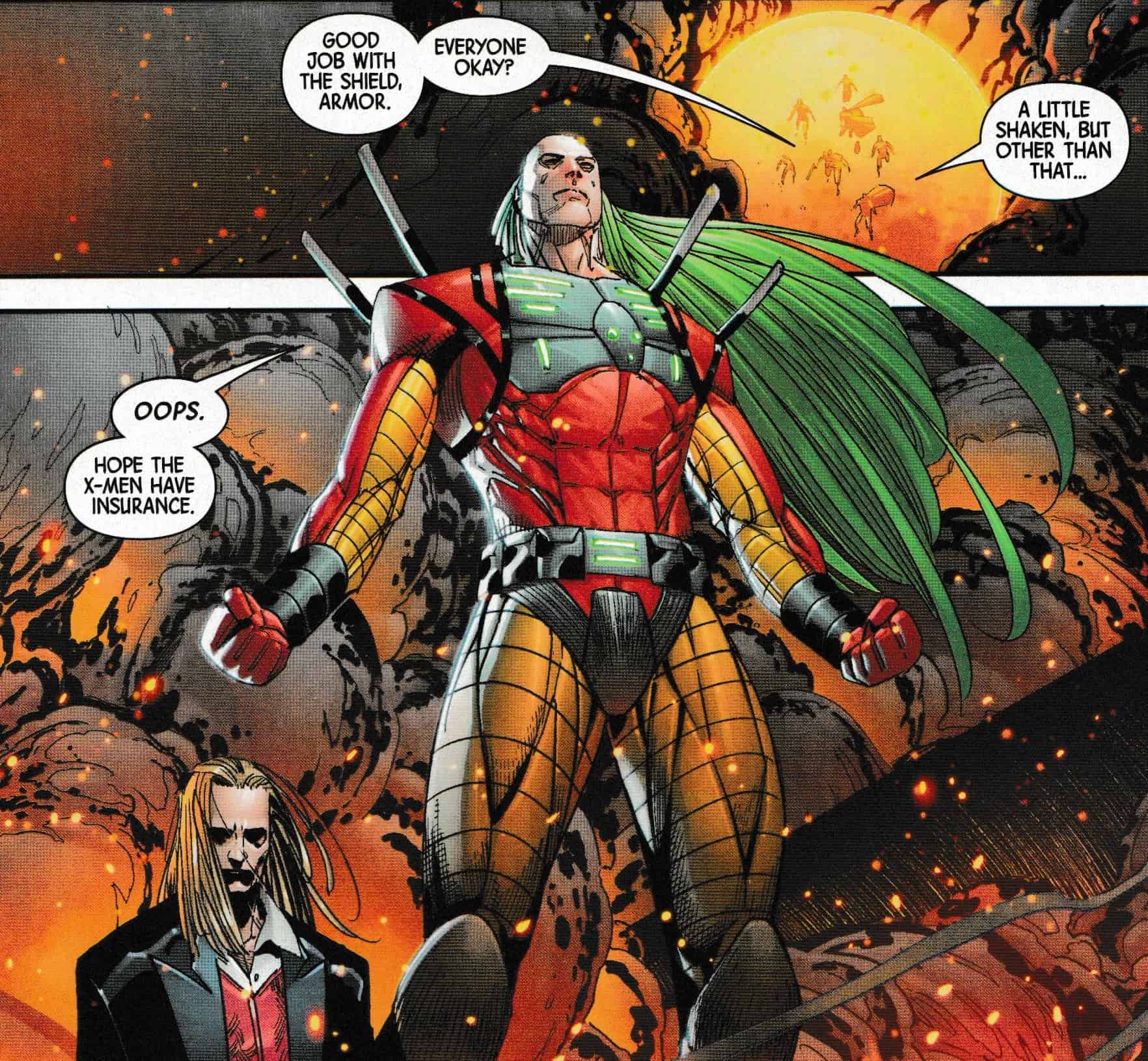 Gideon is enraged.  He resumes his attack, but this time it’s Selene who steps up, engaging Gideon directly.  As she battles, she attempts to sway Gideon by pointing out the folly in absorbing all the Eternals and that’s why she changed her tactics.  Cable then tries bluffing Gideon by saying he already knows how this turns out and Gideon’s efforts are only a footnote.

But Gideon won’t hear any of it.  He grows in size, towering over all of them.  When finally, it is Blink who makes the difference, “blinking” Gideon’s head off.  Gideon’s body falls to the ground.  Blink is horrified, but at least with the battle over, Cable’s crew is allowed to clean up.  Cable brings Gideon’s body and Absalom back with him to his safe house where he will take them to the future where they can safely be interned to keep them from causing any more harm.  And after a few quick goodbyes, Cable leaves his group alone in his safehouse, resulting in Armor wondering what they do now.

In an epilogue, we’re witness to the birth of a baby with purple eyes.

As I read through this issue, I kept thinking about the previous issues leading up.  This was Brisson’s last issue for this arc.  How would it wrap things up?  Would it tie everything together?  And how did it play with everything else I’ve ever read in Cable or the X-Men?

And ultimately, with how Brisson has ended this arc, I’m left with a bitter taste in my mouth.

It wasn’t Jon Malin’s art.  I enjoyed most of the art (although some of the calmer parts seemed to lack depth, and there were a few scenes that looked unfinished, leading me to think this was rushed).  He’s not someone I’ll necessarily look forward to on future books, but I’m not going to moan if I see him on a future solicitation. 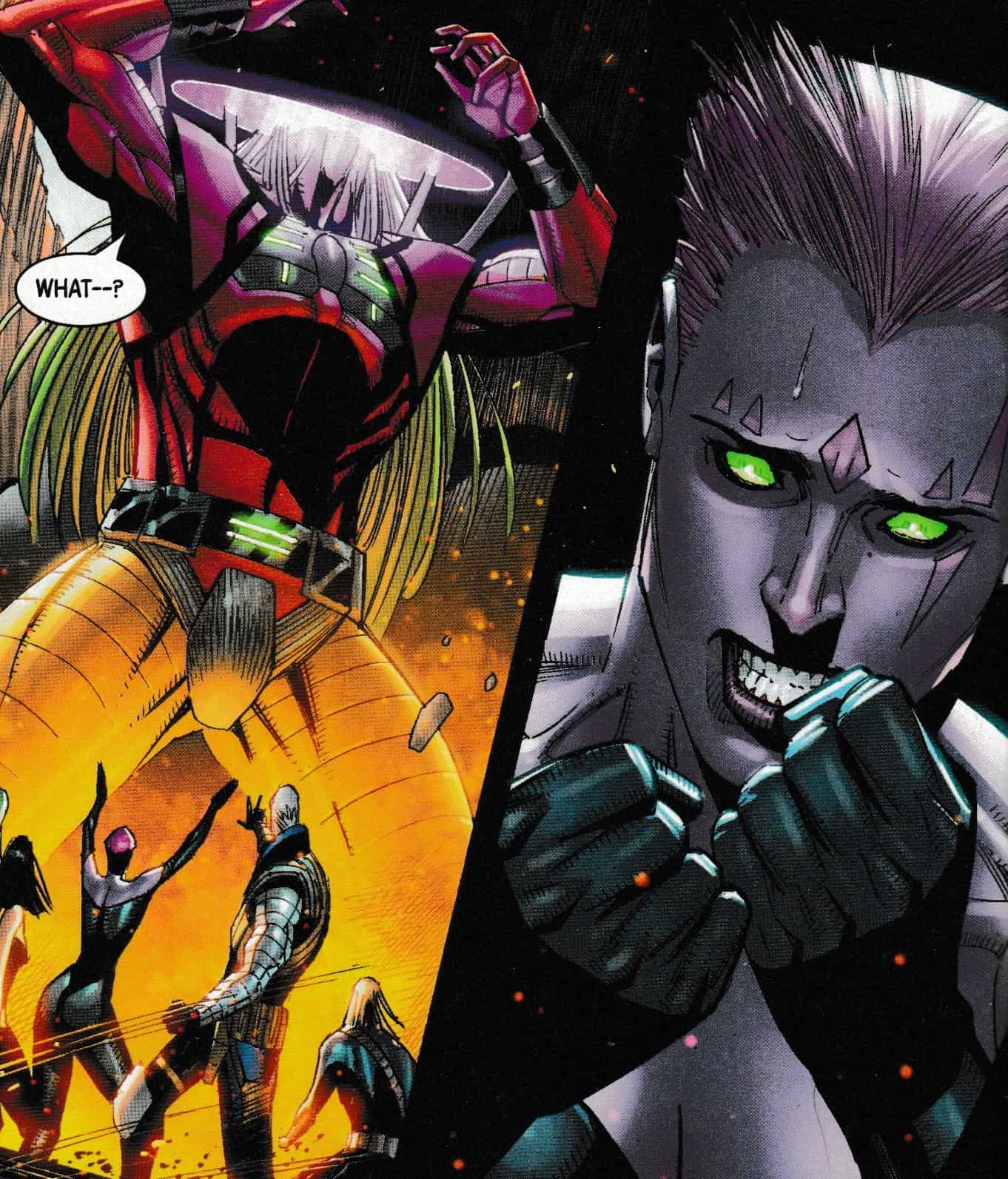 But it was the complete rewriting of the history by Brisson and his seeming lack of caring for anything that would happen because of how he leaves this issue.  And let’s face it…when an epilogue makes NO sense (seriously, I’ve been scouring the internet for a week trying to figure out what I was missing about that baby with the purple eyes) the writer has completely failed.

To make matters worse, the entire past is now changed.  Blink is fine and won’t show up for Necrosha.  The group is left stranded (not quite because of Blink, but still) in Cable’s safe house.  But for Cable, he’s always been careful to not alter history.  He’s always been more of a caretaker of time and it feels like Brisson just completely ignored all of this.

Ultimately, this arc has been referred to as a nostalgic trip back to the 90’s and unfortunately, that’s not necessarily a good thing.  Brisson gave us a story with all flash (and not that great of flash at that) and no substance.  Brisson just gave us the worst part of the 90’s.

Final Thoughts:  The 90’s weren’t all great and while Brisson started out giving us some great nostalgia, he ends up reminding us what was wrong with the 90’s.  It’s an action-packed episode that leaves more questions than answers and ultimately feels like a wasted opportunity.