Canto III: Lionhearted #1: The Enemy of My Enemy 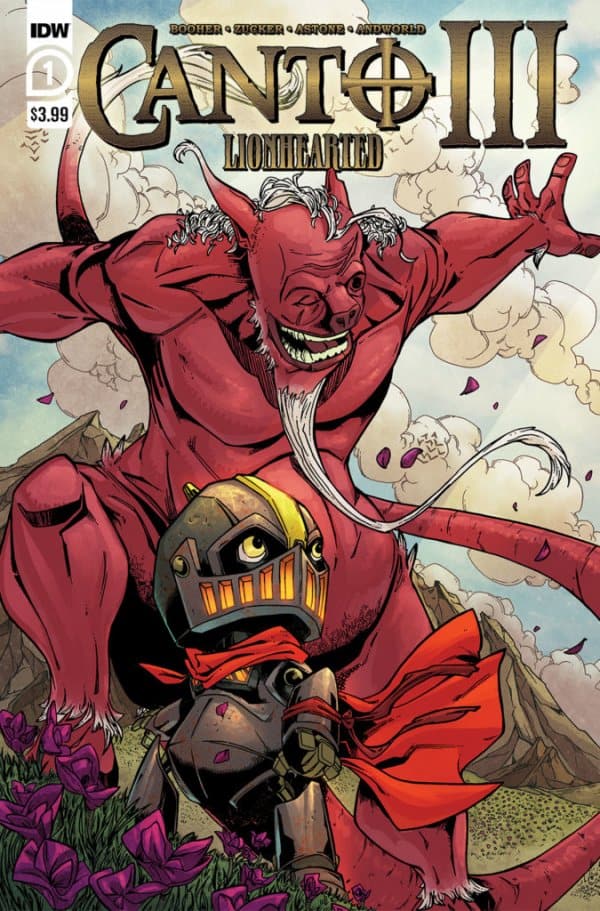 After enlisting some "big" help in his battle against the Shrouded Man in Canto and the City of Giants.; Canto once again must rally his people and bolster his army to battle against the Shrouded Man's evil. But enlisting the help of his people's former slavers is going to be something even Canto may not be able to handle. Canto's adventure continues in Canto III: Lionhearted #1

I am always excited for a new issue of Canto; especially now that David M. Booher has turned this little Knight story about finding his heart and becoming “a legend” into this epic sprawling story!  I never expected this little story to expand into what it has become. Booher continues to weave the tale of Canto magnificently through each and every issue. I loved what Booher did with the three issue story in Canto and the City of Giants. Teaming Canto with the Misturian Witch with a tale of an unlikely allies and a redemption story of sorts. Booher throws us another curveball with third installment of the larger Canto story with Canto realizing he needs to increase his army to stand against the Shrouded Man and that means recruiting his peoples former slavers!

As you can probably understand this is going to be a hard sell for Canto to his people. Obviously, they are not too keen on the idea. Booher gives us another look into Canto as the leader of his people as he brings about this idea. We also get another great look into this evolving landscape of the world this creative team has built. Booher has done a fantastic job of building up this story from the ground up and keeps adding to its foundation incredibly well.

I guess if I had one complaint would be something I have said before, the other “tin-knights” Falco and Rikta still do feel a little underdeveloped. After all these adventures I do not feel we have much of a connection to them still.

Boohe ralso continues to impress me with how he makes the series kid friendly, yet also something adults can immensely enjoy as well. I noted this in a review of the first story arc, but Canto has that feel of animated films like the Iron Giant, The Secrets of NIMH and many others. They are tons of fun and joyful, but also have this dark undertone to them. Booher continues to tread that line delightfully well in Canto III: Lionhearted #1. 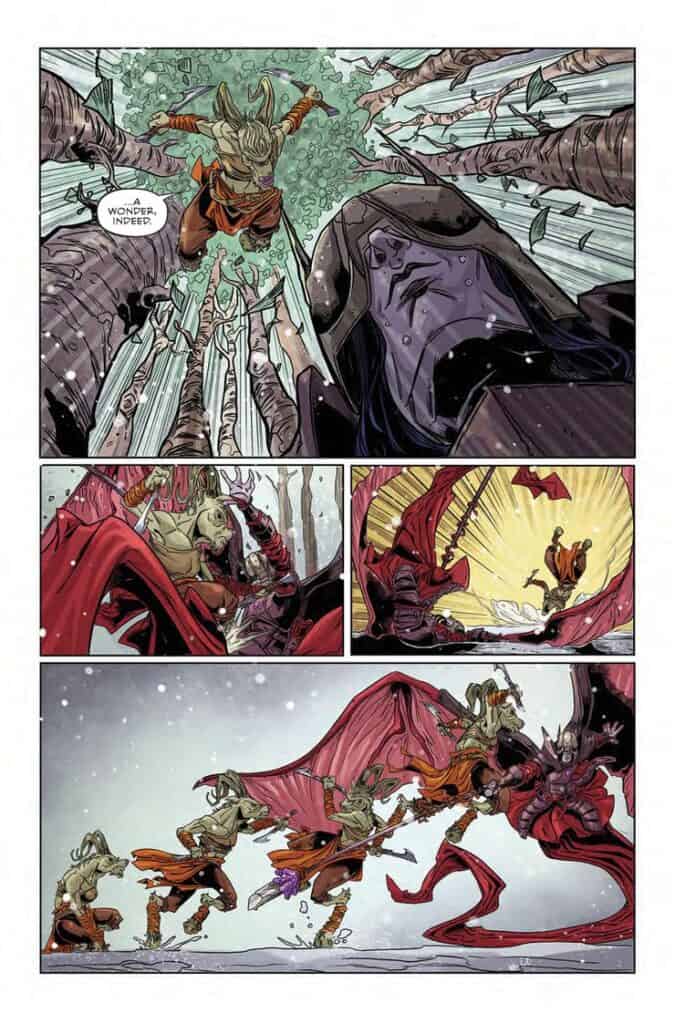 Drew Zucker is back on art duties for Canto III: Lionhearted #1. As one of the co-creators with Booher and just an immense talent I was happy to see him back on board. It just does not quite “feel” like Canto without Zucker on board. Zucker captures the world of Canto to perfection from character design to the visual creation of the world he brings the whole thing to life.

Wonderful detailed action and perceived movement from Zucker. He brings life to these characters as they battle or just walk across the pages, he fills the panels and pages with tons of energy. The structure and layout of the panels gives that great movement effect, while also bringing in some interesting visual perspectives. Zucker engulfs you into the world and series by taking a hold of you visually and bringing the reader into it. Lovely background detail as well. Those little details in the background are what really brings you into the world visually.

I talk about it a lot when I review Canto but these character designs are fantastic. I dare you to look at the design of Canto and his tin-knight people and not smile! Every creature and character in this series is tremendously well designed. Plus, going back to the Tin Knight characters Zucker gets delightful emotions and character acting from them. Even though you can just see their eyes, he details their emotions from the eyes and body posture superbly well. You get exactly how Canto is feeling just from a look of his eyes or how he his body posture is. Fantastic visual storytelling from Zucker.

Canto III: Lionhearted #1 is a great start to the continuing adventure of Canto. The team adds another layer to the character as he leads the fight against the Shrouded Man. The series continues to be a wonderful story of perseverance and heart. Canto brings a sense of hope to the world that we all need.

Canto III: Lionhearted #1: The Enemy of My Enemy