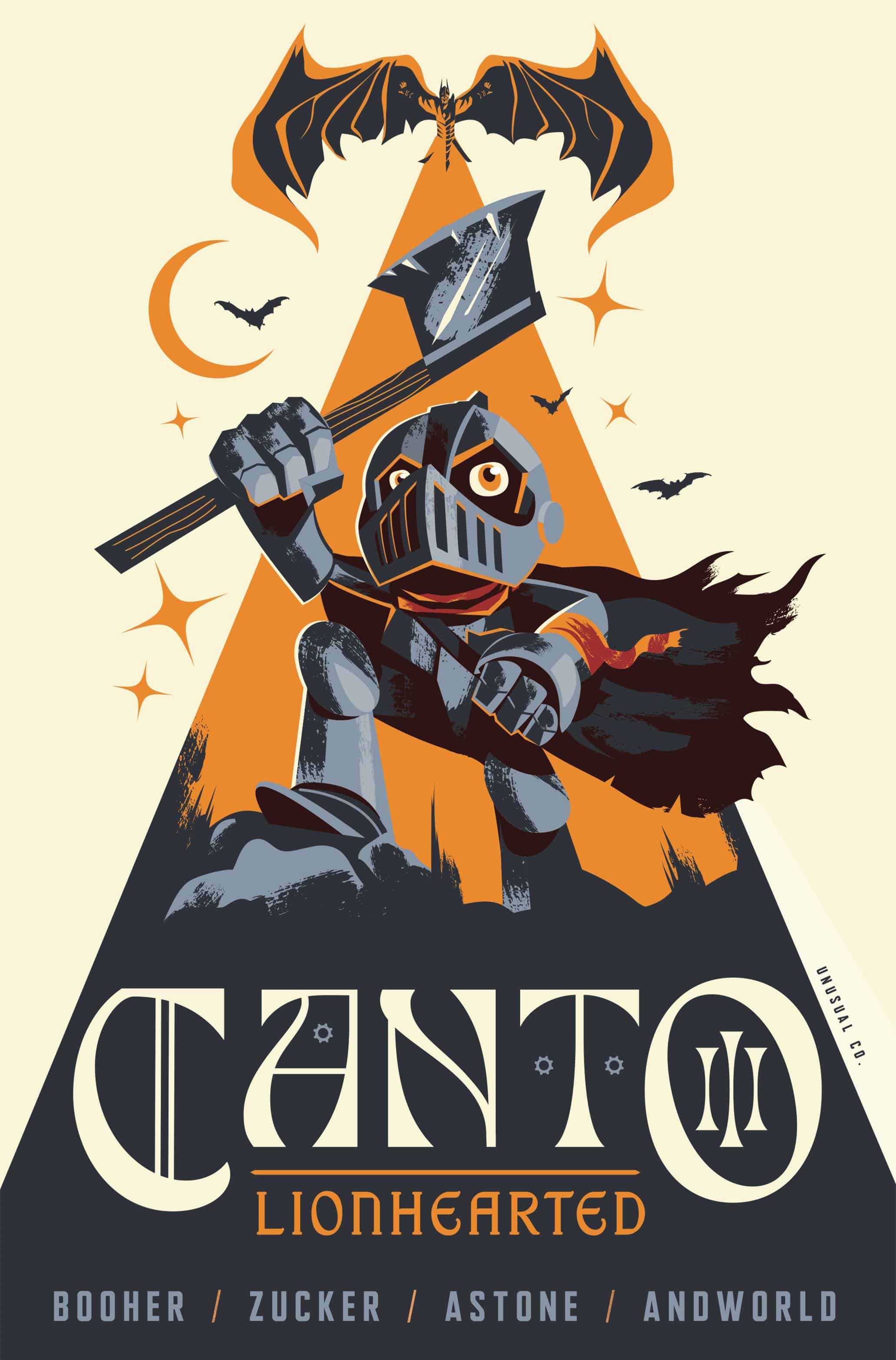 "Fan-favorite CANTO continues! Canto and his allies stand ready for the first battle of the war to come against the Shrouded Man's forces! The Clockwork Knight must put his trust in his friends-and his former foes-to come through and rise up in the name of freedom! It's the epic conclusion to Canto's latest adventure and sets up Canto IV, the final chapter of Canto's journey!"

The finale of Canto III: Lionhearted is here with issue #6. Canto went toe to toe with the Shrouded man’s furies , but instead of a battle of sword and axe, Canto used the greatest assets his heart and vision to see the good in everything.

David M. Booher does a ton of great things in this final issue of the third instalment of this tale of epic proportions. But I am also a little let down by the issue. So let’s get what I did not like out of the way.

So, slight spoilers we do not get a big epic battle that I was hoping for. It is a pretty big letdown for me, because I was extremely excited to see that battle, it kind of leaves the issue and this chapter off on a whimper than a roar to me. Though Canto III: Lionhearted #6 has some fantastic things I could not help but feel a little disappointed by the end. The issue also seems to go a little fast, it felt like it needed a few more pages to capture everything.

Okay, so I did not get to see the big battle and the story was a little disappointing because of that, Booher still does some magical things in this issue. I am still amazed at how he continues to push this character of Canto further and further. That unwavering heart of Canto continues to shine each and every issue. The situations Booher puts him in at the end of the issue could be a breaking point for our character coming into his final arc.

There are some strong emotional points in this issue that brings a lot of things together from the very first installment and issue. Booher has done a delightful job of building this world and connection with Canto and the other characters. Tons of beautiful little story points and character moments spread out through Canto III: Lionhearted#6.

Some of my disappointment with Canto III: Lionhearted #6 stems from not getting to see Drew Zucker illustrate this giant epic battle! I was supremely hyped after the previous issue to see Zucker let loose, I was dismayed when I did not get to see that happen. Not that there are not some stunning visuals in this issue, I was wanting that battle scene though!

Drew Zucker’s ability to capture emotion and set a scene are pivotal reasons why this series is so good. He lays out and visualizes the characters emotional states superbly well. The care, kindness, anger and fury are all captured by Zucker’s art. He captures scenes by pulling us closer or framing a wider shot to fully engulf what is happening.  Vittorio Astone’s coloring also continues to work phenomenally well for the series as a whole. Fantastic use of more bright lighter coloration’s at the beginning of the issue and then some slightly darker points toward the end that convey the story supremely well.

There is a fantastic small shot that encompasses all of what Zucker can do. It is at the end of the issue and it is only a small not even half panel of a close up of Canto’s face. Well, half of his face and Zucker captures so much from just that close up shot, you can feel the anger and frustration boiling in Canto by the way his eyes are detailed and how Zucker ever so slightly contorts his face shield and helmet, truly great stuff in that panel.

Canto III: Lionhearted #6 is a hard one for me to put the score on for the story. On one part I am disappointed we did not get that big battle that has been brewing for a long time, it kind of left this installment off with a whimper of sorts and it felt a little rushed. On the other hand it sets up some extremely exciting things that I cannot wait to see! Plus Booher continues to make Canto a character that captures my heart and mind; this issue has tons of emotion to it. I am hardly ever disappointed with the art in this series, though I mean we better get to see Zucker unleash on a big battle in the next installment or we riot! All in all it caps of another fantastic installment into this epic of a series. I would not even call this issue "bad", but not what I was expecting or hoping for. It still delivers some great story points and has me itching for the next and final installment of Canto's epic coming this summer!