Captain America and the Invaders: The Bahama Triangle #1: A Blast From the Past

Captain America and the Invaders: The Bahama Triangle #1 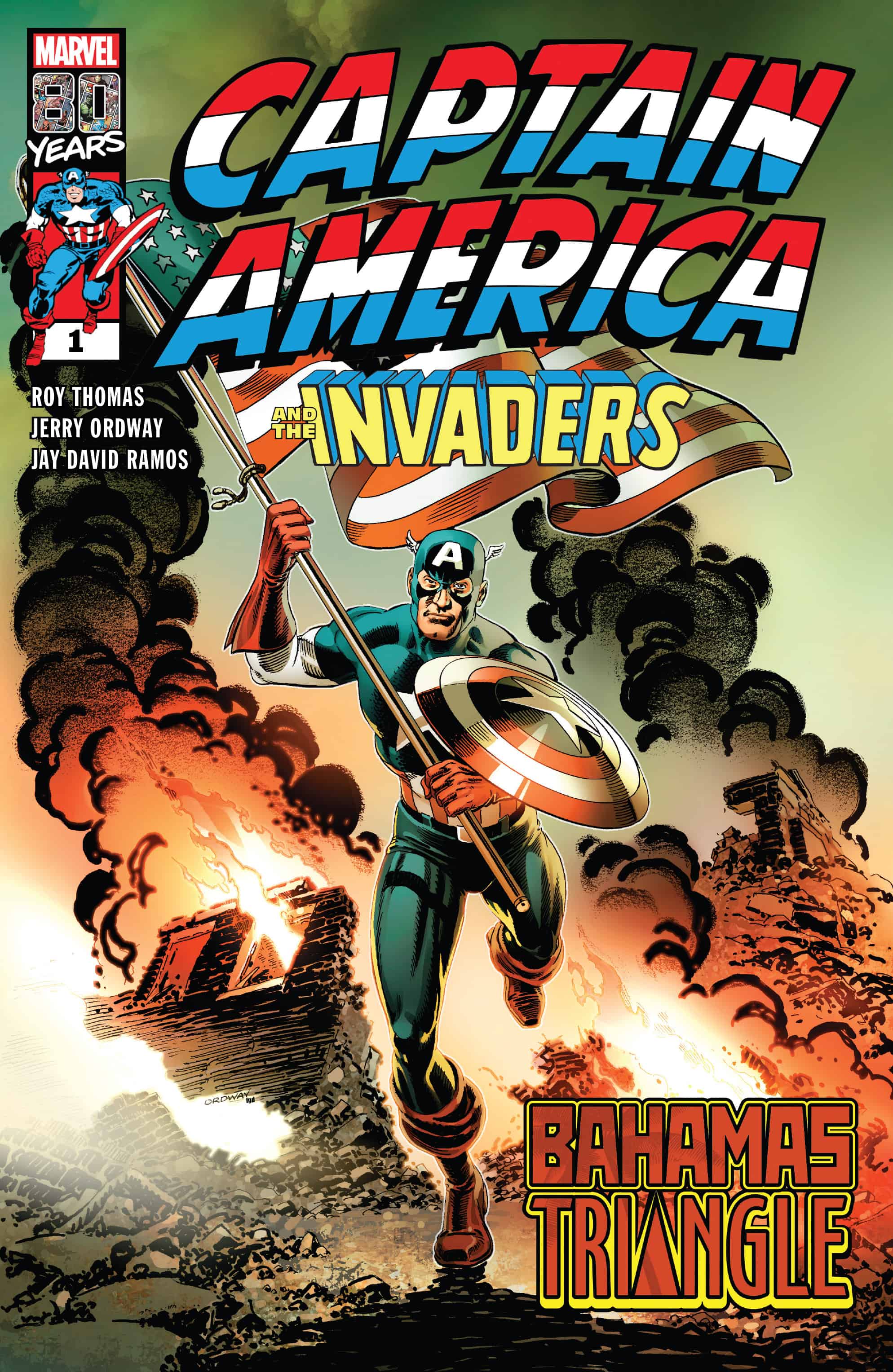 The year is 1941 and Europe is at war! When President Roosevelt decides to take a fishing trip to the Bahamas, the US deploys its "under wraps" Super Soldier, Captain America, to escort him. But there's more to this fishing trip than it seems as FDR pays a visit to the Duke and Dutchess of Windsor, suspected Nazi sympathizers! Baron Zemo arrives, dispatched from Germany, and its up to Cap, Jim Hammond the Human Torch, and Namor the Sub-Mariner to keep Zemo from his nefarious plot to install the Duke as a puppet king and kill the President! 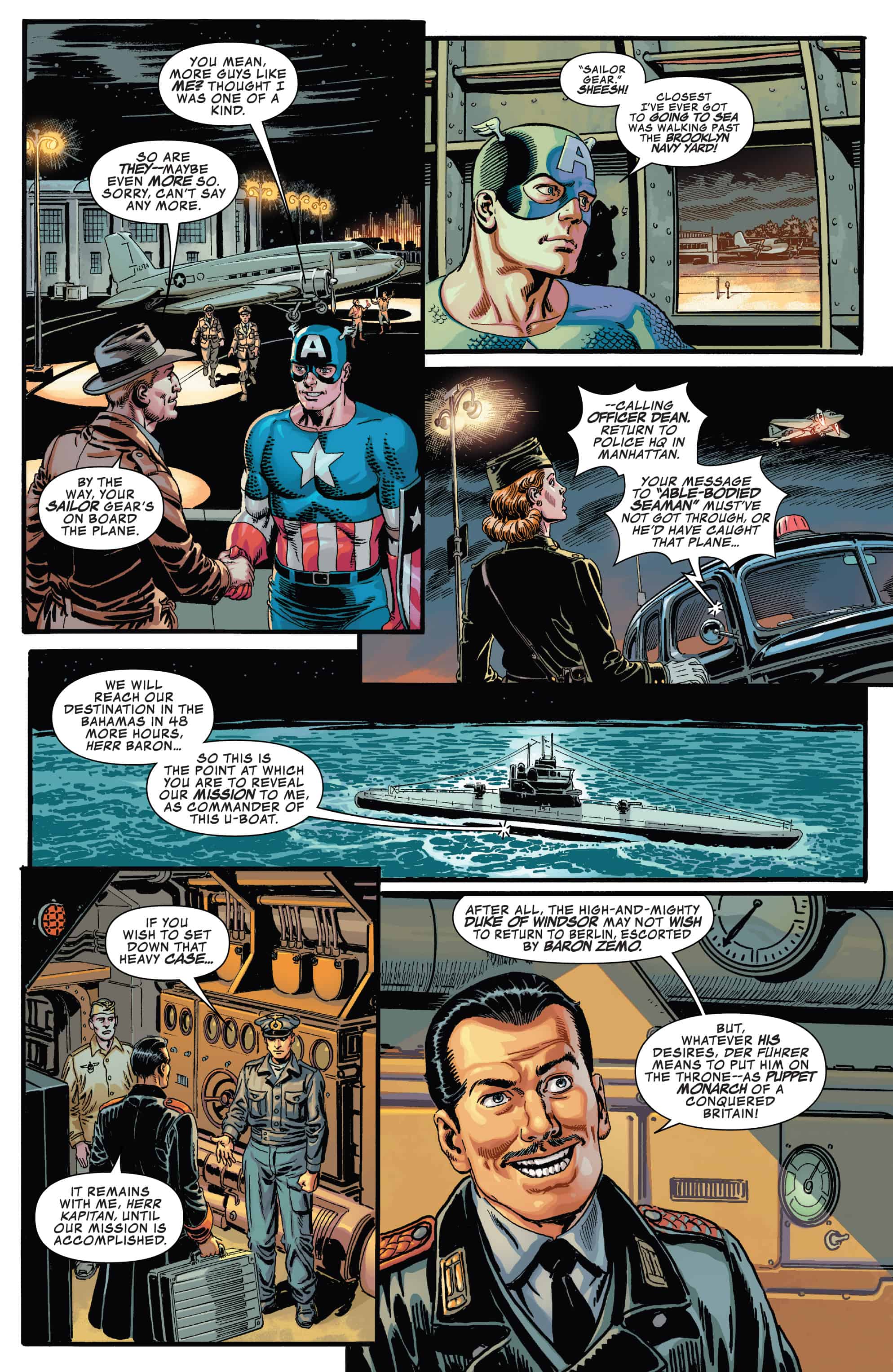 As we bear down on the 80th anniversary of what we now know as Marvel Comics, there has been a flood of nostalgia-laden one-shots bringing readers stories by classic creative teams featuring classic properties. Enter Captain America and the Invaders to the mix. Written by the legendary Roy Thomas and illustrated by the legendary Jerry Ordway, this book is an anachronism is the best possible way. It is corny, predictable, straight-forward– a pure throwback to a bygone era in comics. The good guys were good and the bad guys were bad and there was no guess work necessary between the two. 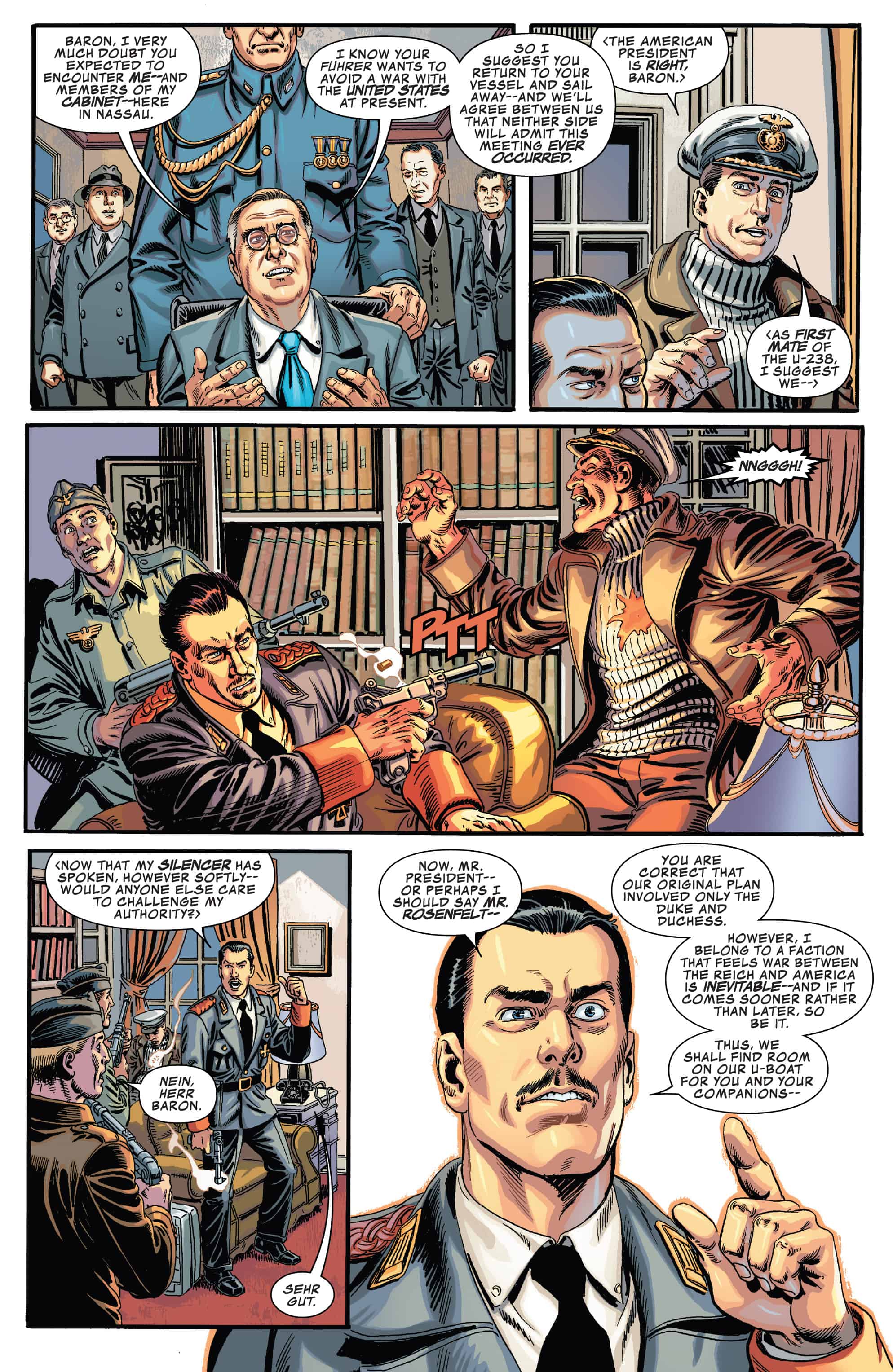 Is this a comic necessary today? My first reaction would be to say no, absolutely not. But the more I think on it and dwell on own long history with comics, maybe that’s not entirely true. Comics as a medium has grown– matured– in ways I never thought possible and for all the flack we give the industry in the 1990s, I don’t think that is a bad thing. But with growth and longevity also comes a sense of forgetfulness. Newer readers are likely to pick up a book like this and be disappointed in its simplicity, but even in its simplicity it is a beautiful, well-crafted piece of work. There is no doubt that Thomas (among the most under-rated creators of his era) set out to capture a feeling that has faded out of modern comics with this. Some will argue that “he’s just writing in an out-dated style because that’s what he knows how to do.” And maybe that’s the case. But there is a sense of deliberate here– that Roy knew exactly what he was doing in the stylistic choices and maybe that is really the point. A reminder. 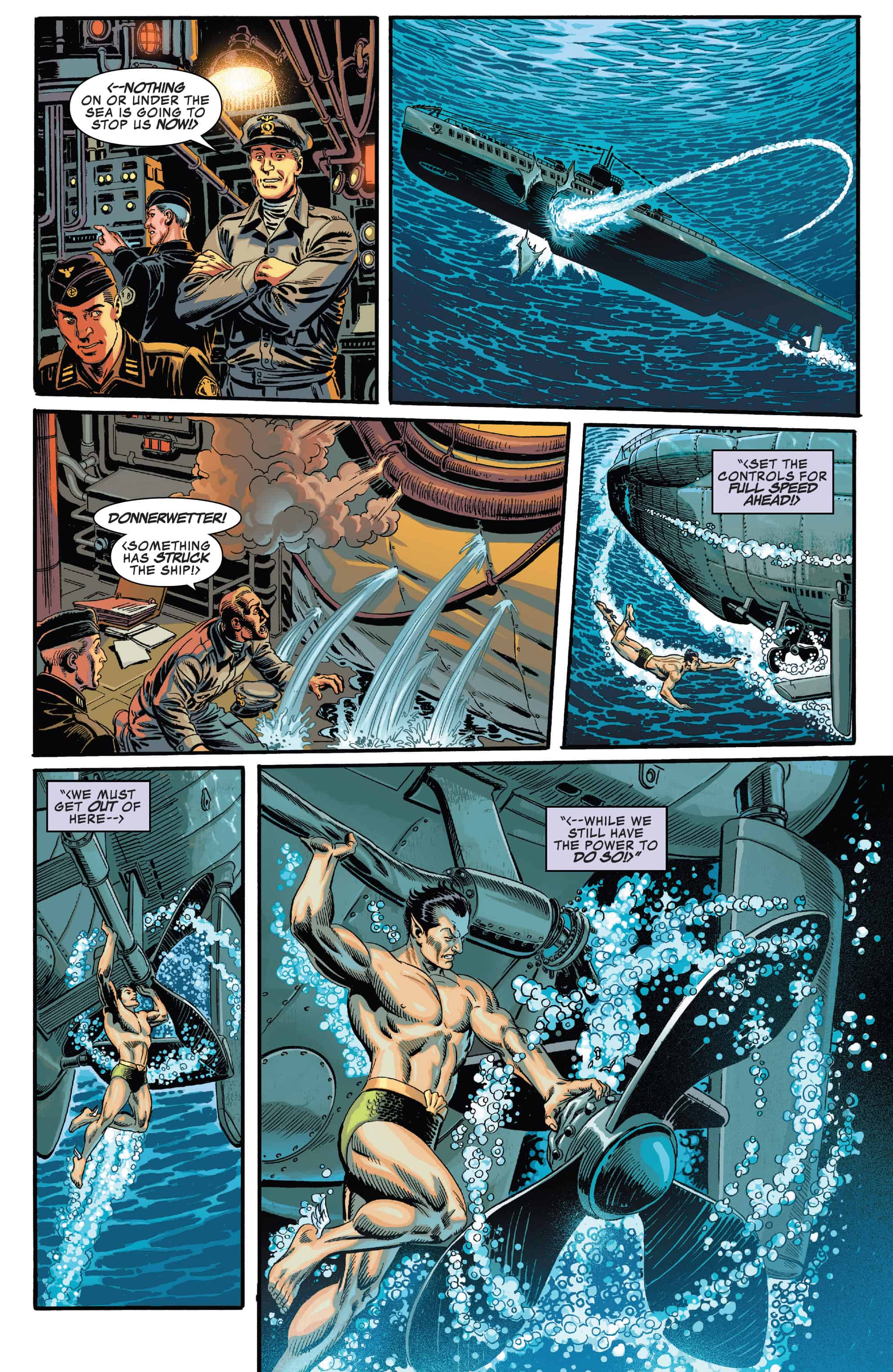 With all of the turmoil surrounding the industry the past few years– with all the questions about who comics are for and what they are and are not allowed to do– its a nice reminder that comics have no boundaries other than the ones we impose on them. Ordway is certainly an accomplished enough artist that he didn’t have to stick with older layout schemes and forms, but he chose to because he can. This book was clean from start to finish in a way that books rarely are these days and it was refreshing to read something that exists simply to show that it still can exist and be every bit as enjoyable as it was when I was 8 years old, buying comics to read on my parent’s front porch in the hot, Florida sun.

Captain America and the Invaders: The Bahama Triangle captures the spirit of an era in comics that has fallen by the wayside, guided by the legendary hands of Roy Thomas and Jerry Ordway.

Captain America and the Invaders: The Bahama Triangle #1: A Blast From the Past