Captain Marvel #10: Whatever it Takes 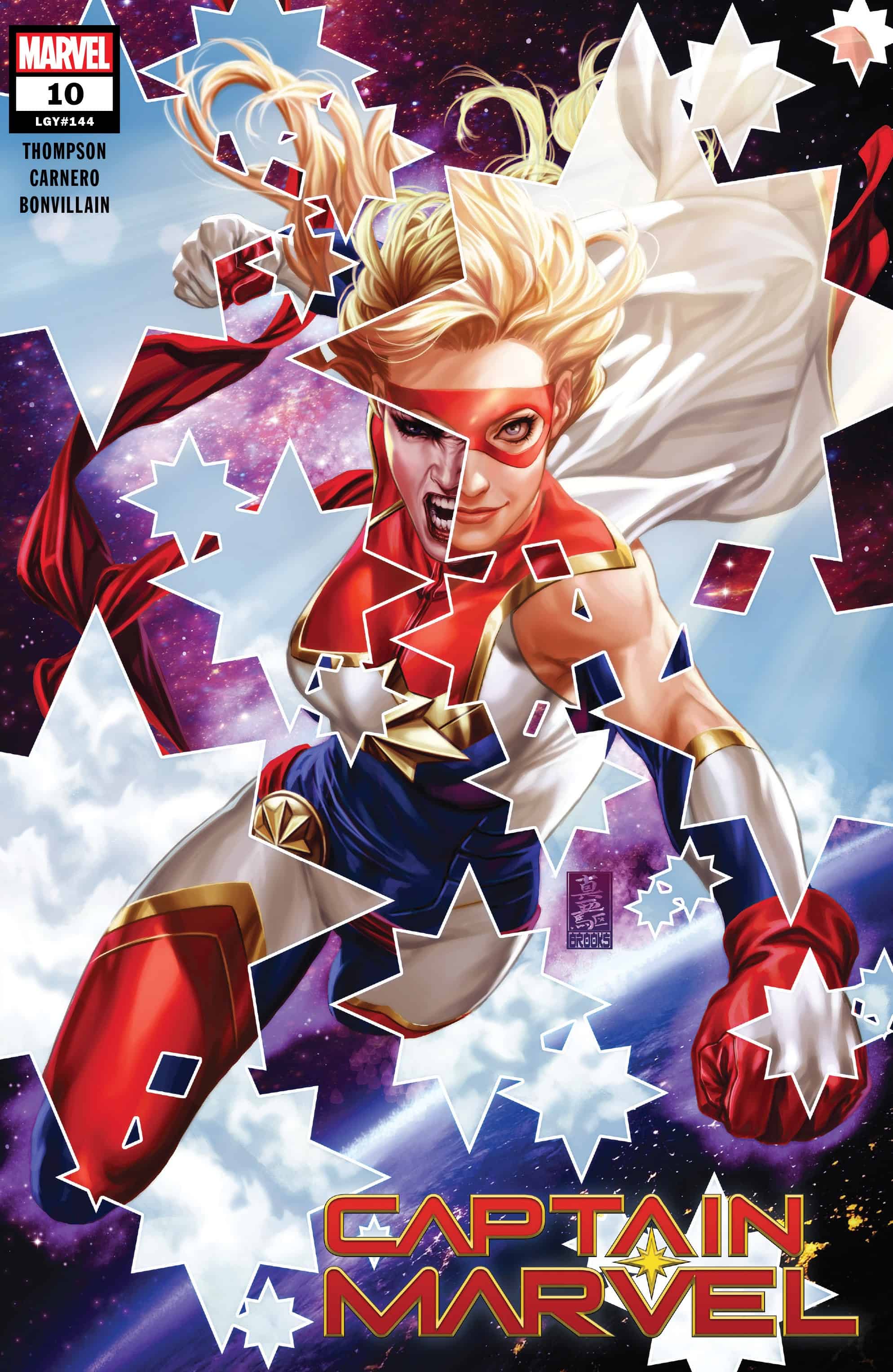 FALL TO PIECES! It’s official: New hero STAR is in and CAPTAIN MARVEL is out! As Carol struggles to deal with her changing role and unravel the mystery of what is happening to her powers, a risky new alliance she’s forged may turn out to be even more dangerous than she expected. Will Carol be willing to make the ultimate sacrifice to save a world that has turned on her?

“Falling Star” part 3 finds Carol thrust out of the role of detective and once again into the all too familiar role of hero in Captain Marvel #10. 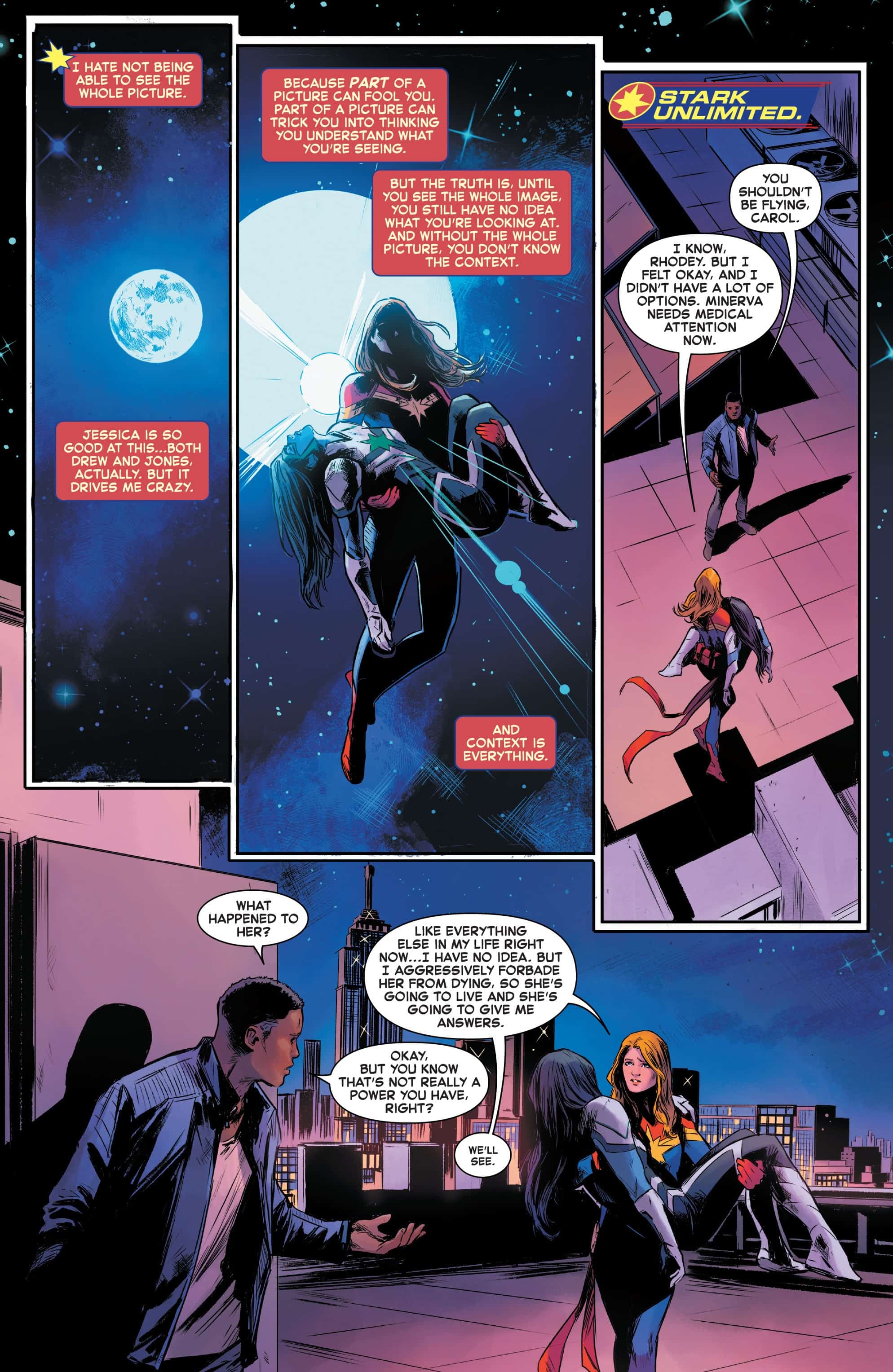 Let’s start with what works in this issue, because there is a lot of it. The revelation of Minerva’s betrayal may not come as much of a surprise, but that really isn’t where the shock is meant to come from. Though we’ve been led to believe the mysterious new super-powered woman Star is a hero, it turns out she is anything but. Not only that, her powers have simply been siphoned off of Captain Marvel, something that has honestly happened one too many times to her.

Before you roll your eyes at Captain Marvel once again getting her powers drained, it is important to note that the story utilizes her past trauma surrounding this very topic to help ground the struggle in something very raw. This emotion does wonders for how the story progresses, especially as we enter the fight against Star at the end.

All this being said, being the third issue in the arc forces the substantial weight of storytelling to fall all in this one book. We essentially get resolutions to the plans of Minverva including the device in Carol’s chest, Star’s history and even a confrontation between Captain Marvel and Star. All of these moving pieces begin to weigh down on the issue’s narrative, becoming even more apparent during the issue’s ending. Star’s increase in power will surely make for a devastating next issue, but I could help but think their entire fight could have been contained in the next story.

The artwork from this creative team finds moments to shine despite more than a few dialogue heavy sequences. The character depictions are honest and the range of emotion is impressive, but the action sequences leave a little to be desired with their common backgrounds and cluttered layout. Though it isn’t enough to harm the reading experience too much, it does become noticeable.

Overall, Captain Marvel #10 is a solid continuation, despite being burdened by one too many moving pieces. While the arc as a whole will certainly prove to be worthwhile for its heart alone, this issue contained too many crucial moments that simply needed more time to develop.

Overall, Captain Marvel #10 is a solid continuation of a powerful arc, despite being burdened by one too many moving pieces.

Captain Marvel #10: Whatever it Takes