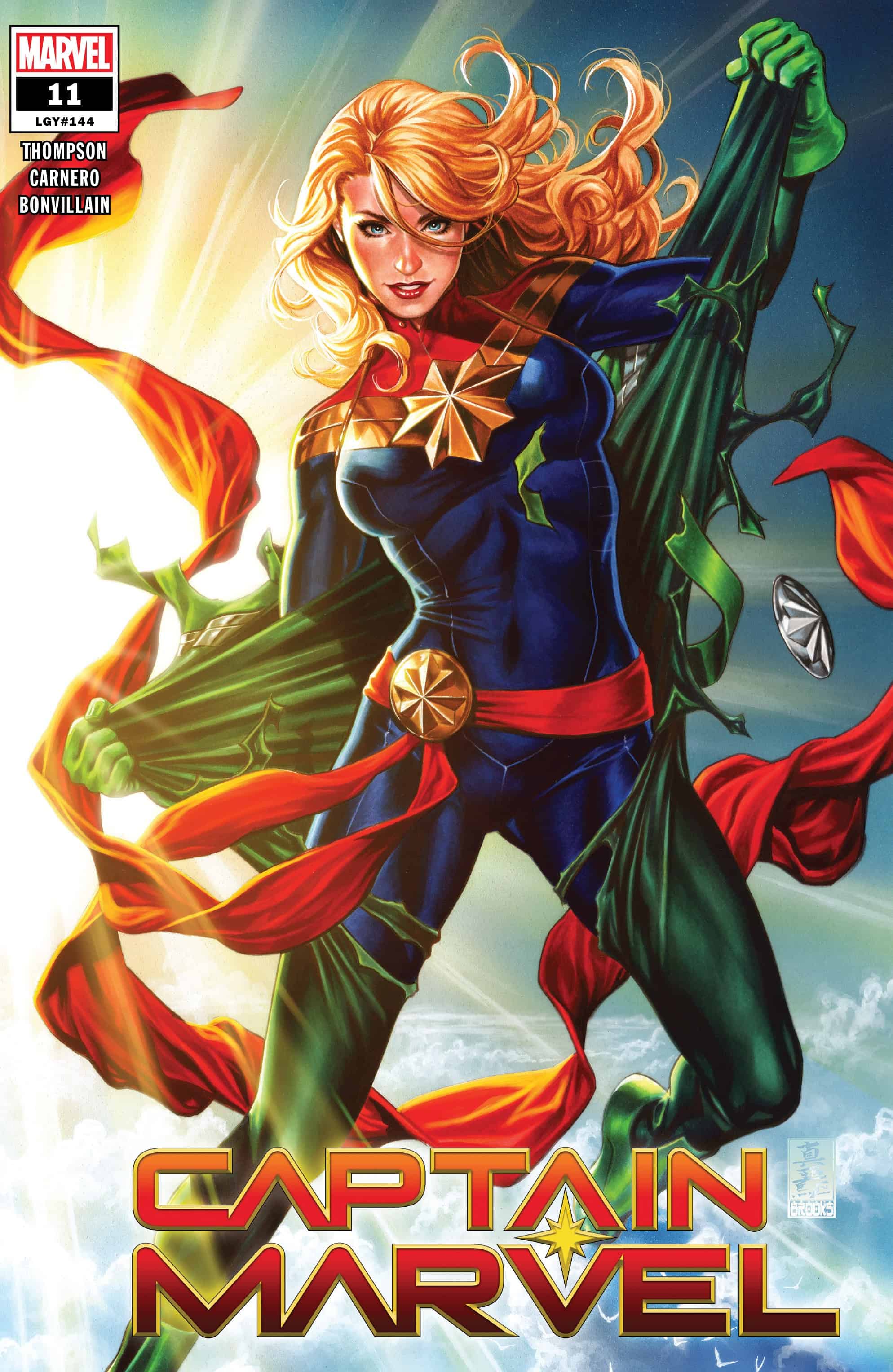 The world has turned its back on her. Her powers are fading. And Carol Danvers has never felt more lost. But when a world that shunned her needs Captain Marvel, she will answer the call, because that's what heroes do. Carol is in the fight of her life -- one that by it's very nature must destroy her. What will be left when it's all over?

The “Falling Star” conclusion featuring STAR, the newcomer who is being described as the breakout character of 2019 and will soon be featured in her own series, delivers a powerful story that finds Captain Marvel right in her element being a true superhero.

Captain Marvel #11 caps off what is arguably the most exciting Captain Marvel story in recent years. Now that we finally have it in its entirety, the arc works remarkably well on many different levels. The most striking of which is Carol’s internal struggle with her powers, her heritage and her place in society. The creative team puts Carol through her paces, but we feel a much deeper connection with her by the time this issue closes. It’s among the most effective superhero storytelling on the shelves today.

The battle against STAR is undoubtedly powerful. We watch alongside the citizens of the city as Captain Marvel nearly loses the fight. This captures an aspect of superhero stories that I really appreciate because it makes you root for the side of good. You can’t help but cheer Carol on as she struggles against STAR to save those around her. After the fight reaches its end, the celebratory tone feels well earned. It’s been quite a few issues now of uncertainty and danger, so it is a welcome change of pace. It’s almost like a moment of relief after so much tension. The end result is a book that feels fully realized with consistent and quality execution.

The visuals in Captain Marvel #11 continue the high standard of excellence this creative team established early on in the series. While it is unfortunate that Carmen Carnero will be leaving soon, it’s impossible to deny the artistic foundation established by this series so far. The action scenes are dynamic and the character drama is palpable, it’s really everything you want in a superhero comic.

As a side note, I did find it a bit funny how casual Tony and Carol talked about adding the cure to the water supply of the general population. Like, is this something that happens often? It seemed so routine at this point that it actually made me briefly laugh when reading it. Either way, the day is saved and Carol’s reputation has been mended.

All is well, right?

With Dark Captain Marvel on the horizon, this series is only going to get more exciting from here. It’s a great time to be a Captain Marvel fan. Be sure to pick up the Falling Star collected edition when it inevitably comes out as a trade paperback, this will be one you want in your collection!

Captain Marvel #11 caps off what is arguably the most exciting Captain Marvel story in recent years with truly powerful drama and tons of action.