Captain Marvel #40: A Finger on the Scale 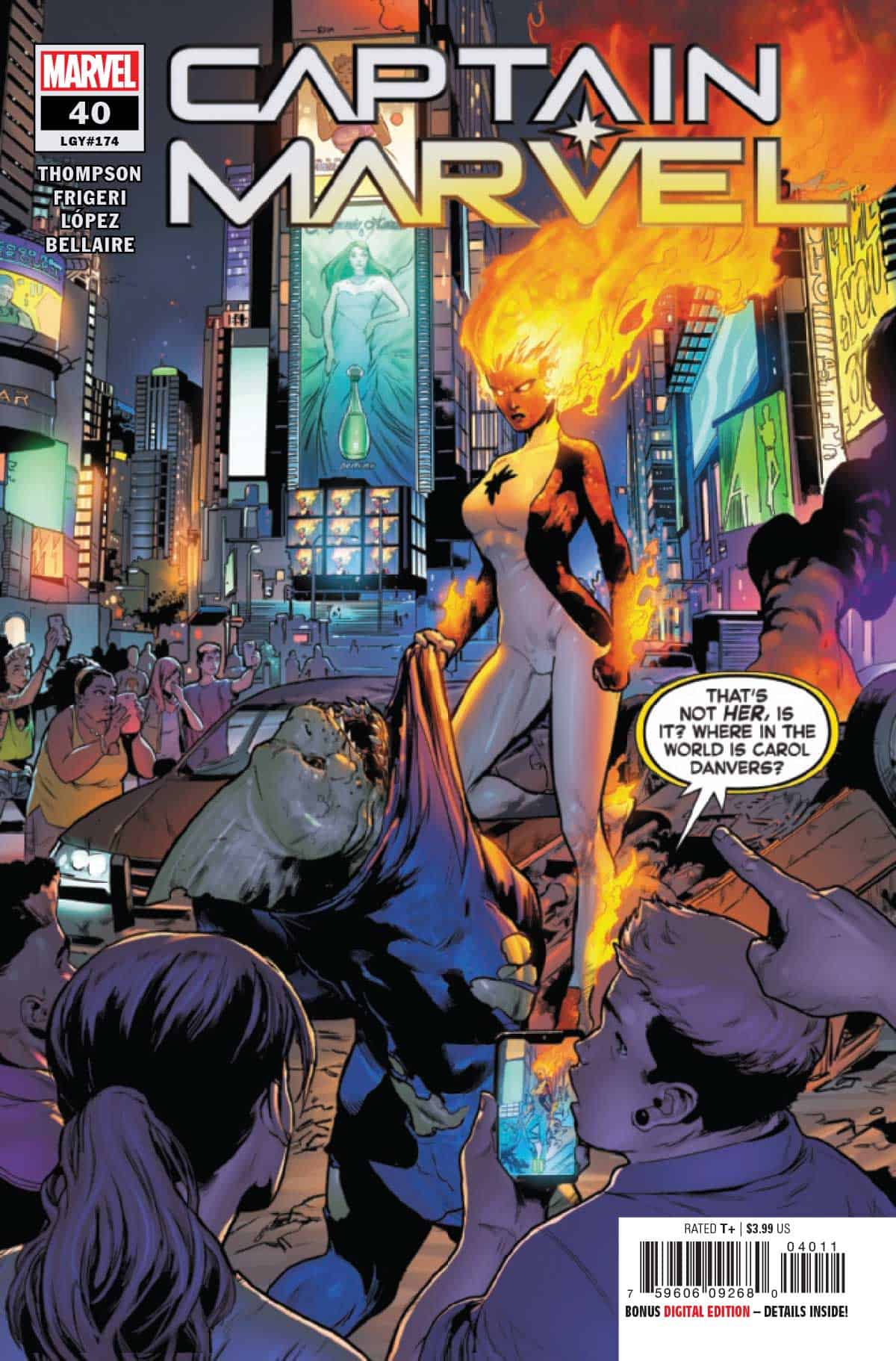 THE HAMMER OR THE NAIL? Captain Marvel’s magical tribunal doubles down as Carol struggles to break free of her prison using only what she came with — namely, herself. But if Earth’s Mightiest Hero can't solve this puzzle, she'll be Captain Marvel no more, which was maybe the master plan all along?

I’m a massive fan of Marvel’s female superheroes, but Carol Danvers has never resonated for me. She’s always been “that lady who Rogue stole her powers from and got left in a coma.” It was surprising to me when Marvel pushed Captain Marvel to the forefront in an attempt to create their own version of Wonder Woman, especially when there were several other female superheroines I found more deserving of the push (Wasp, She-Hulk, Scarlet Witch, and literally any of the leading X-Ladies come to mind). However, this comic run has my interests piqued.

Writer Kelly Thompson smartly adds a host of supporting characters to this story arc, most of whom are part of a mystical Tribunal. Agatha Harkness, Doctor Voodoo, Magik… it’s an extensive cast of witches and warlocks. But it’s Scarlet Witch and the Enchantress who really steal the show. Wanda wants to help Carol while Amora is out for vengeance, and both scheme politically to achieve their goals. It’s not the first time these two magical powerhouses faced off, but I’m personally very surprised their arch-rivalry isn’t a bigger deal in the comics. The Enchantress, for me, is at her best when she’s more-villain-than-hero, but her connection to Thor often has the character conflicted. I’d love to see Thompson write a Scarlet Witch ongoing series with the Enchantress as her nemesis.

Carol herself is… Carol. I have no strong opinions about the character, but I like the strong voice given to her by Thompson. The art by Álvaro López and Juan Frigeri is fantastic, with some amazing body horror that I was not expecting from a Captain Marvel comic book. The action sequences are quite fun (who doesn’t want to see a superhero fight a dragon?).

While I can't say this comic has transformed me into a Captain Marvel stan, I really enjoyed when Kelly Thompson is bringing to the superhero. With stellar art by Álvaro López and Juan Frigeri, this is certainly a comic run to pay attention to.

Captain Marvel #40: A Finger on the Scale