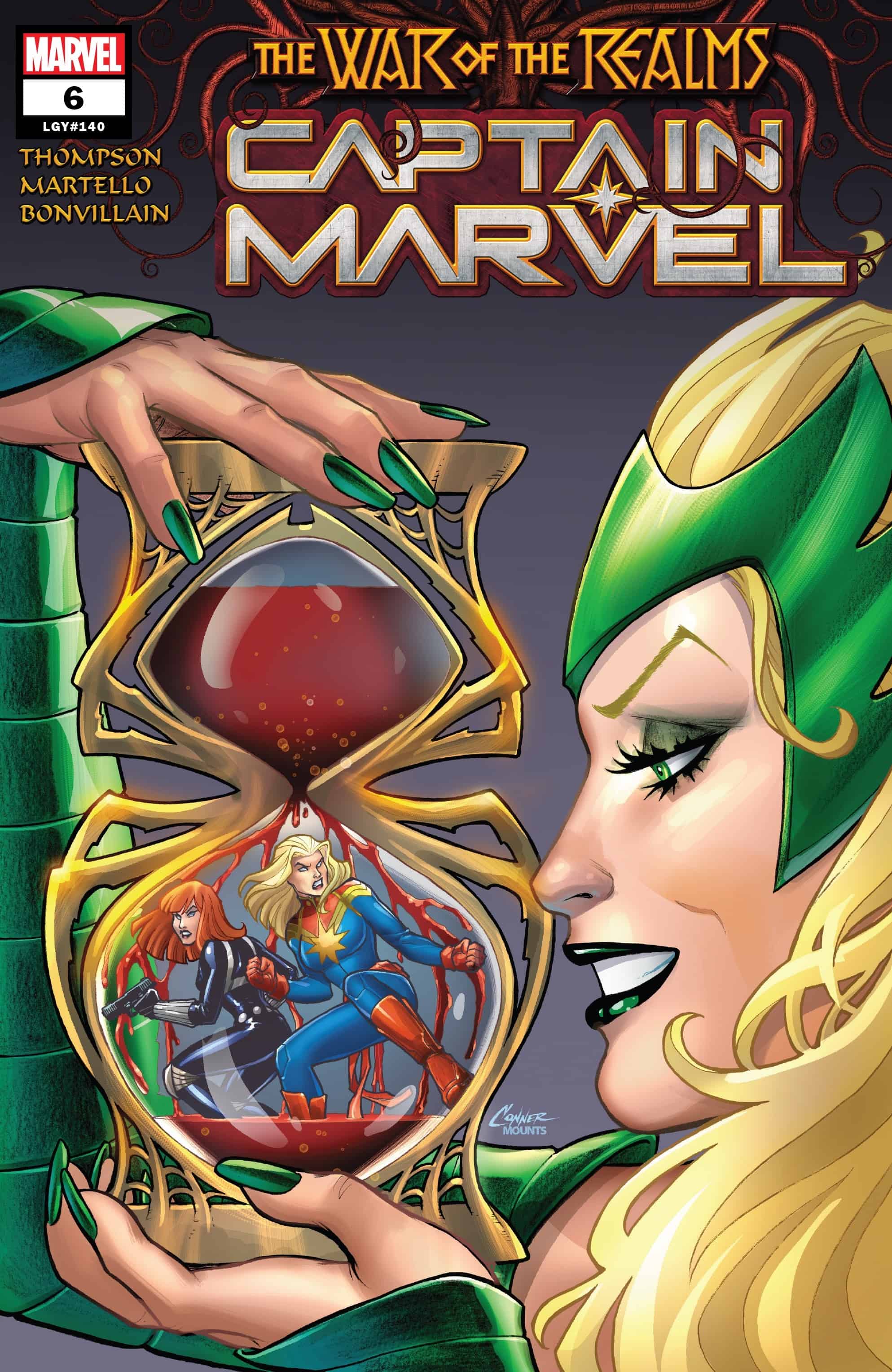 WAR OF THE REALMS TIE-IN! The Dark Elf King Malekith and his allies have conquered Earth! At least, they THINK they have — and they’ve divided the spoils accordingly, with the Enchantress raising an army of the dead and staking her claim on South America. But if the Enchantress is expecting a royal welcome, she’s forgotten what she’s dealing with — Earth isn’t going down without a fight. And as Captain Marvel leads DOCTOR STRANGE and BLACK WIDOW into the land of the dead, nothing about this mission will be what our heroes expect.

In our first War of the Realms tie in for the Captain Marvel ongoing series, the strike teams meet their match against Enchantress and stumble into a magical conundrum that will have Carol channeling every ounce of Harry Potter knowledge she has. 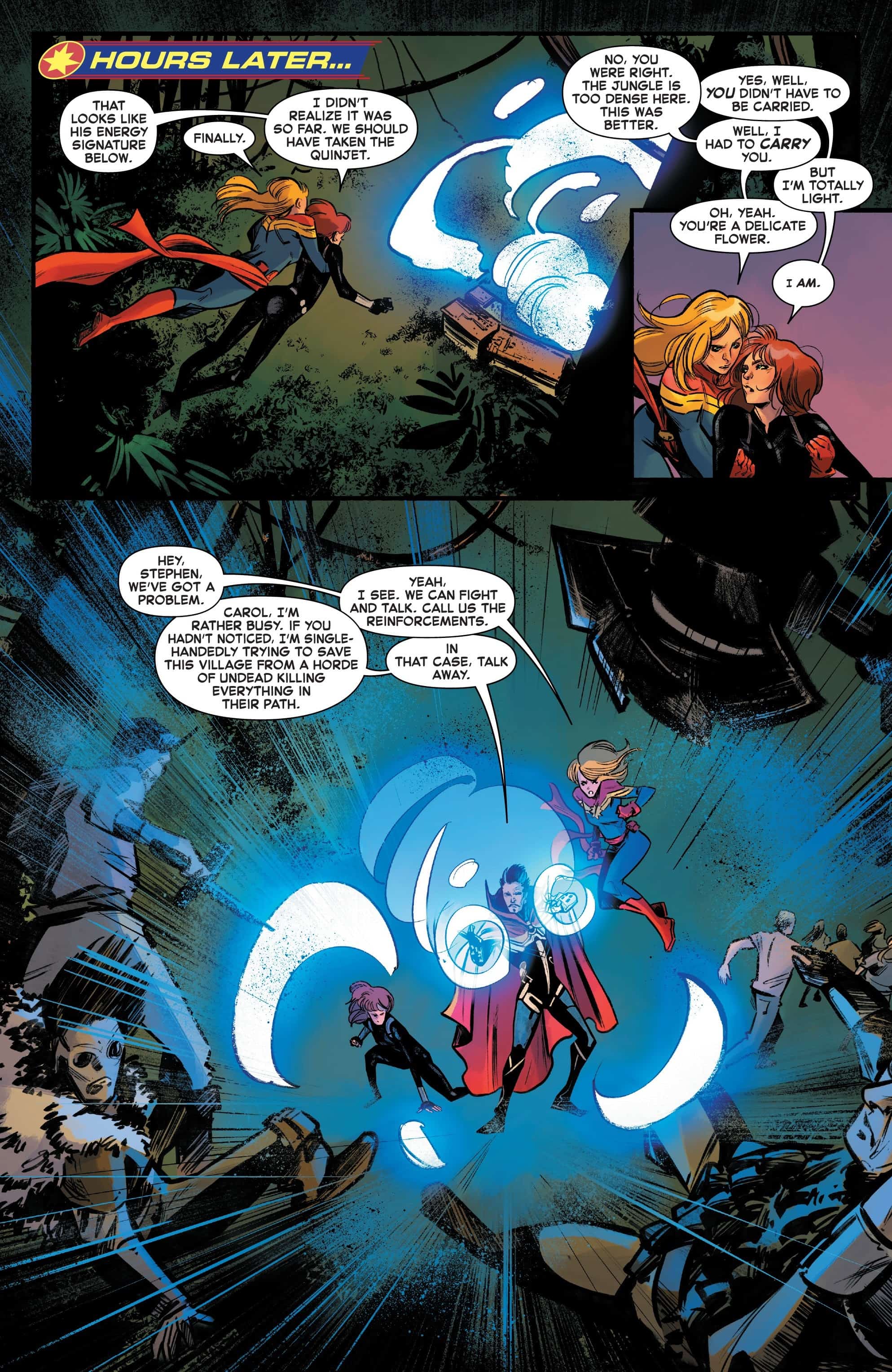 The War of the Realms event has been a massive undertaking that impacts nearly every character in the Marvel universe. Carol has been leading the strike teams in various tie-ins, and this issue feels like it is the culmination of her efforts. The whole issue takes place on a grand scale which helps to emphasize the stakes, and the mysterious nature of the story really is engaging.

Carol is also depicted in a very personable way considering the drastic situation around them. I thought this was a great way to approach her demeanor in wartime because it provides insight into her strength of character and ability to handle stressful situations. To further emphasize this point, she is running on 19 minutes of sleep this entire issue!

Despite these strengths, the issue is also full of haphazard artwork and storytelling cliches that really detract from the overall premise. I can excuse the rather random vision Nat had (and even the overwhelming focus placed on her in Carol’s own series), but the body swap twist near the end was my breaking point. It’s beyond overdone at this point, and the reason behind its occurrence simply came across as contrived.

Stories like this often come with heightened production limitations and certain mandates to maintain continuity on a larger scale. This issue seems to have fallen prey to outside influences, but there are some redeeming aspects that fans of Captain Marvel will enjoy. Look for this series to return to its expected quality in issue #8 after this War of the Realms intermission.

Captain Marvel #6 struggles to maintain the momentum established during the highly enjoyable first arc, but the War of the Realms tie-in still manages to find its moments to feel worthwhile.