Captain Marvel: Braver & Mightier #1: To Thine Own Self Be True 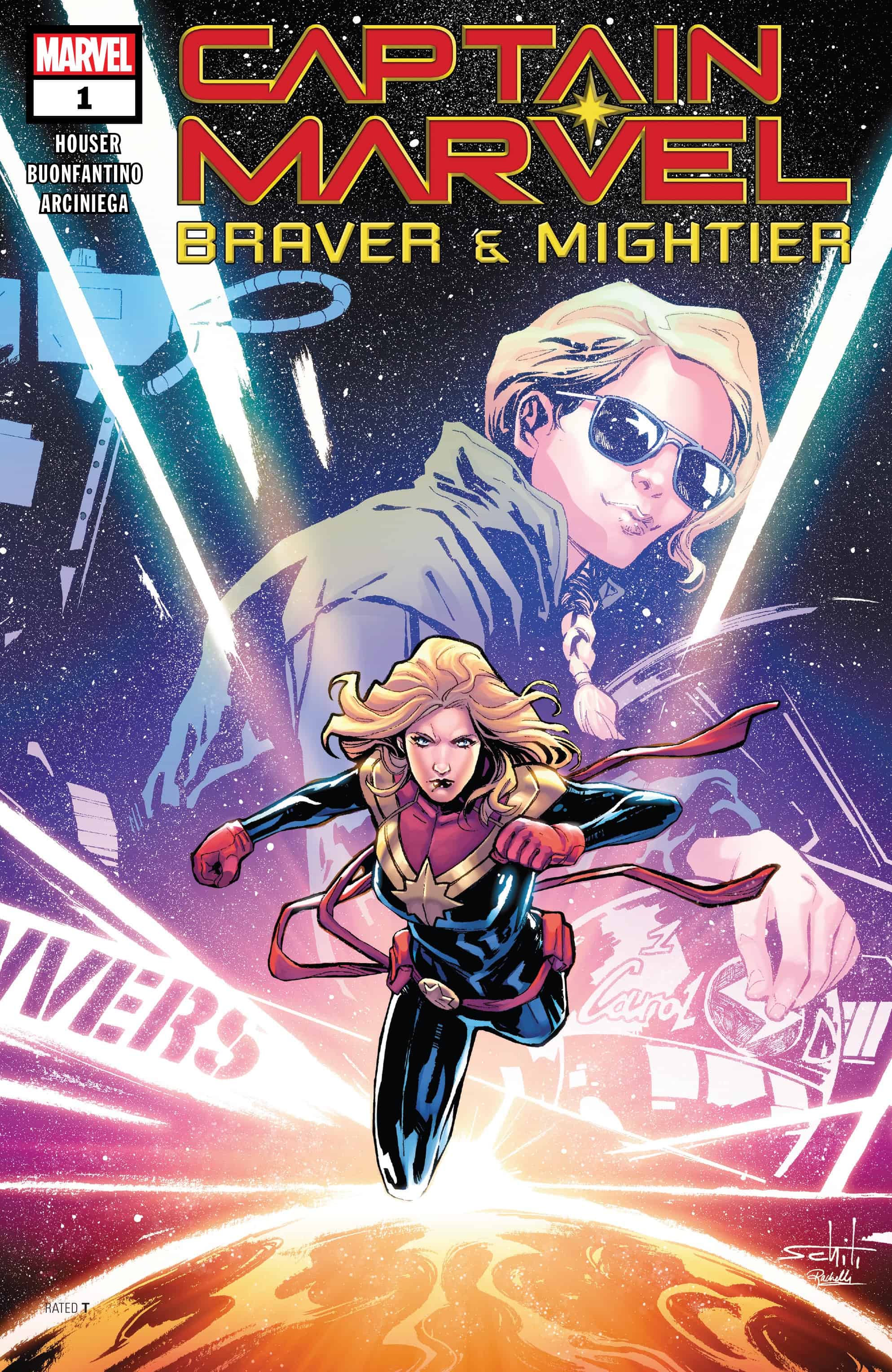 Captain Marvel: Braver and Mightier operates as a combination one-off narrative and primer for the uninitiated. In terms of the narrative, the story focuses on two high-school age kids, Mia and Camden, who have been given the opportunity to be the first press to ask Captain Marvel a question at an event. 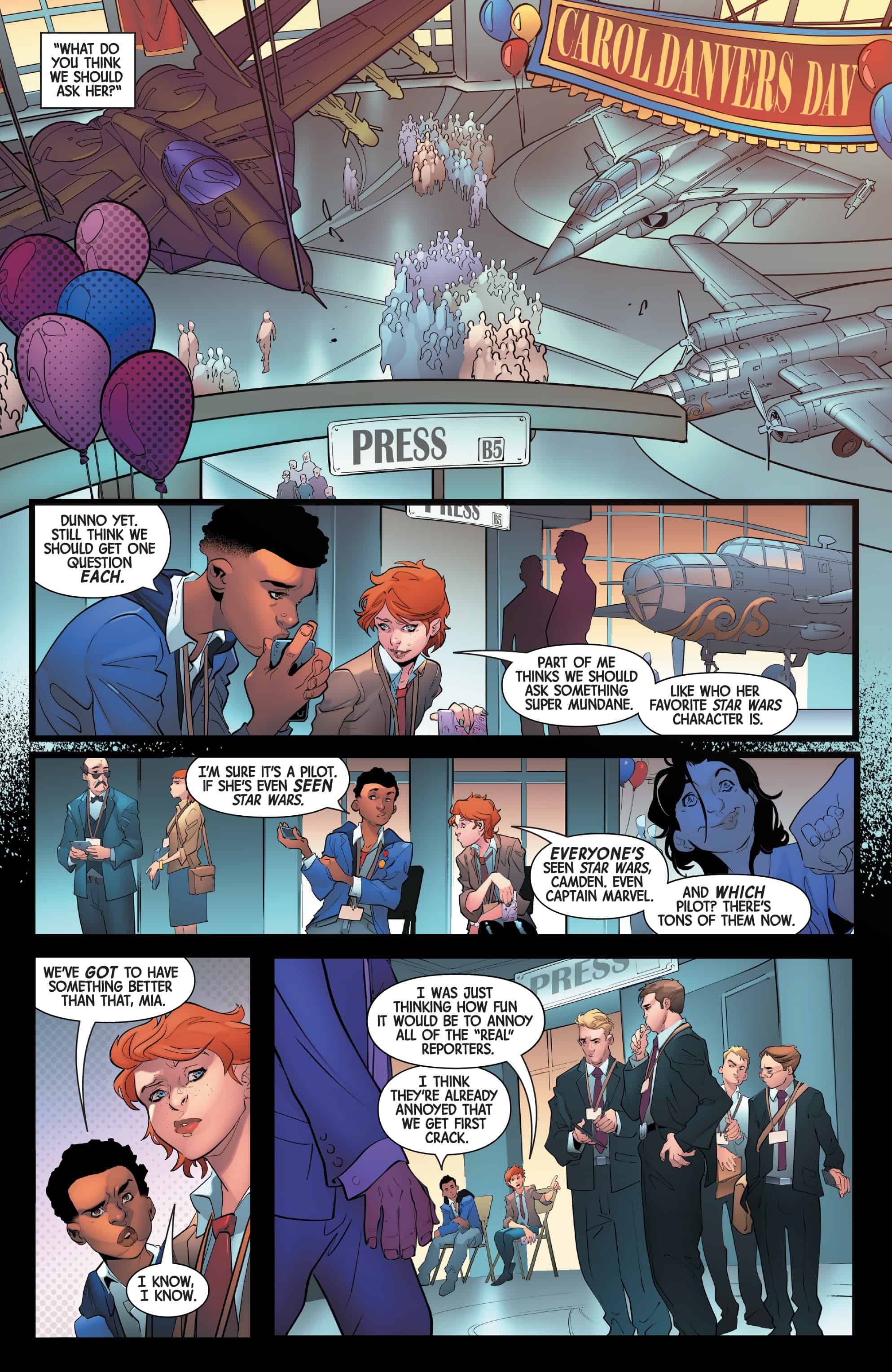 At the time when Carol is supposed to attending the event, though, an alien armada threatens Earth and Captain Marvel must find a way to stop them. After defeating the armada, she finally arrives at the event and speaks with our budding journalists, providing them with all the material they need for their profile.

In terms of primer, the introduction to the character takes an interesting route. Rather than allowing itself to become inundated with past events, the story focuses instead on the internal characterization of Carol Danvers, what she stands for, and what her motivations are. 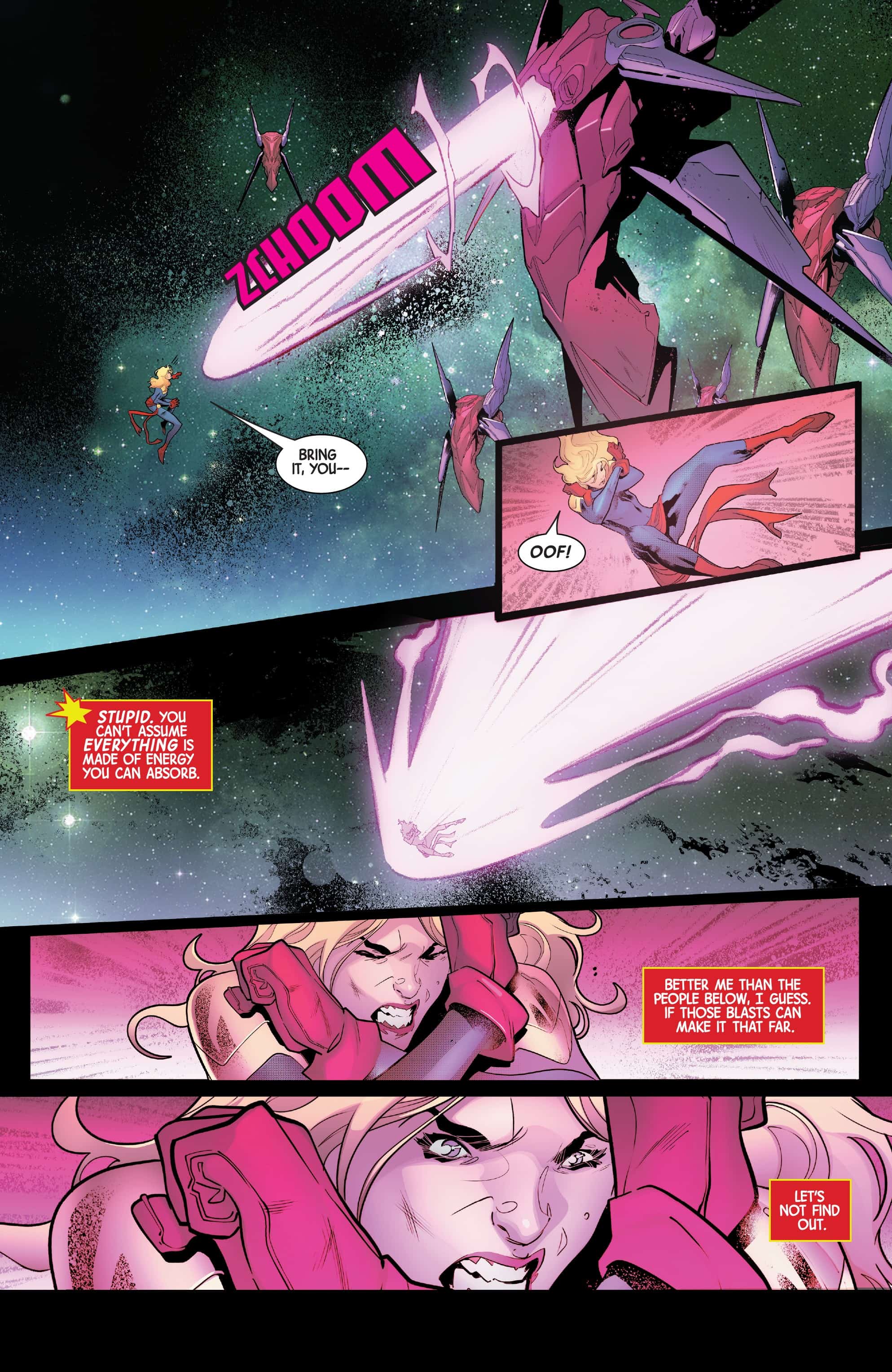 Captain Marvel: Braver & Mightier is an exceptionally self-aware comic. It understands clearly its place and purpose as a part of the media and advertising hype machine in the weeks building up to the release of the Captain Marvel film. The riffs on shaking up the Press Pool (not to mention the obvious nod to Brie Larson’s calls for diversity by “casting” a black male and a white female as the protagonists) are timely and relevant to the scene we are witnessing across social media today. The issue is constructed carefully, more so than necessary for a publication of this type, and it is clear that the talent involved from top to bottom worked hard to keep this book from being buried as yet another advertisement ploy. Buonfantino’s art is clean and striking through most of the book (although there are some inconsistencies here and there as there are in nearly every book). Arciniega’s colors are vibrant. Lanham’s letters are technical and precise. 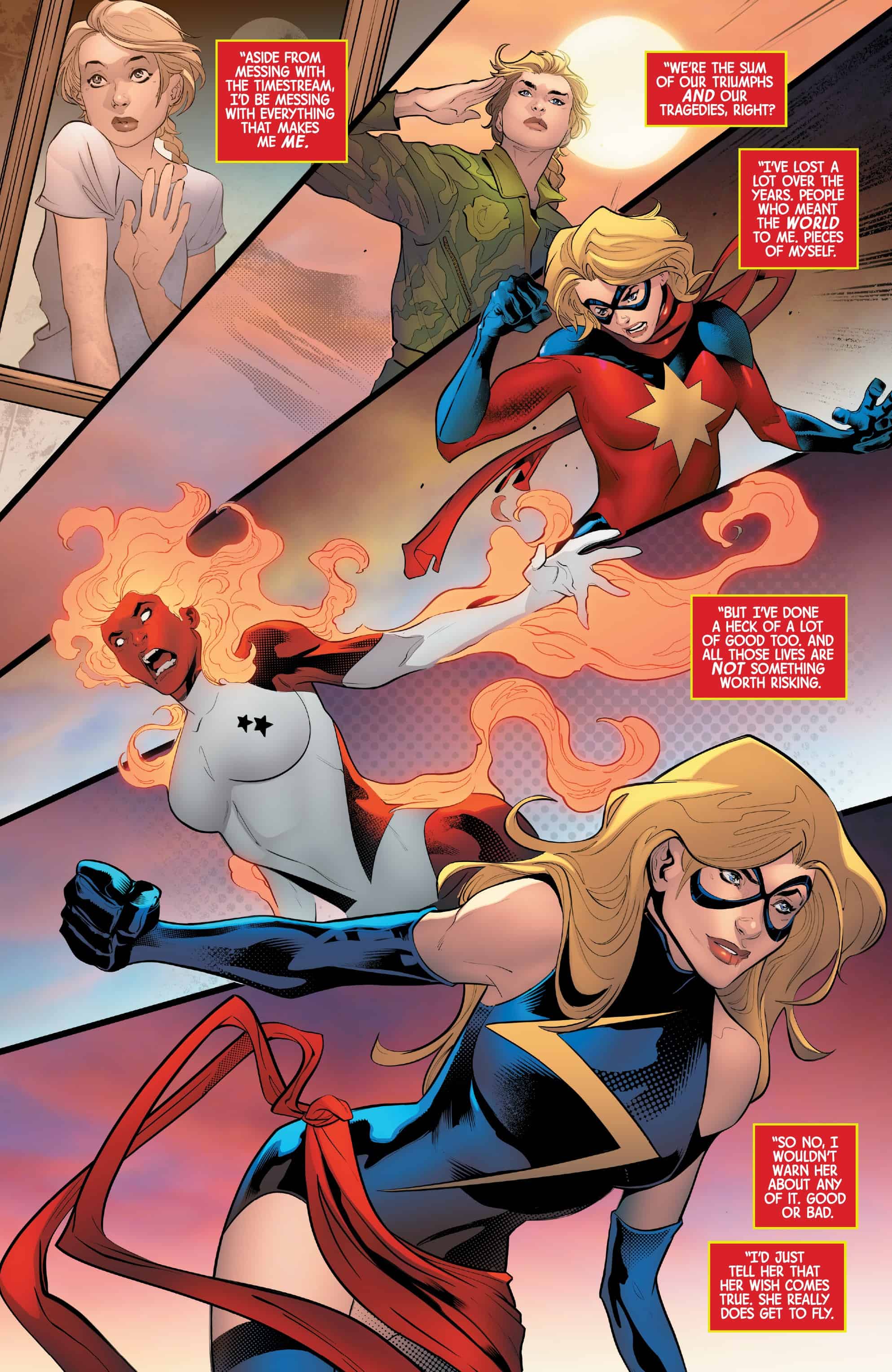 It is in the sense of inspiration conveyed here by the always wonderful Jody Houser, however, that makes the issue soar. Houser’s prose, which is always excellent, drives this book to become a vehicle for a larger purpose. It is at all times hopeful and stalwart– braver and mightier.

A fun one-off story and an excellent way to create familiarity with the character ahead of the film release, Captain Marvel: Braver & Mightier is a pleasant surprise for new and old fans alike.

Captain Marvel: Braver & Mightier #1: To Thine Own Self Be True