Carnage #3: Where’s the Carnage in That? 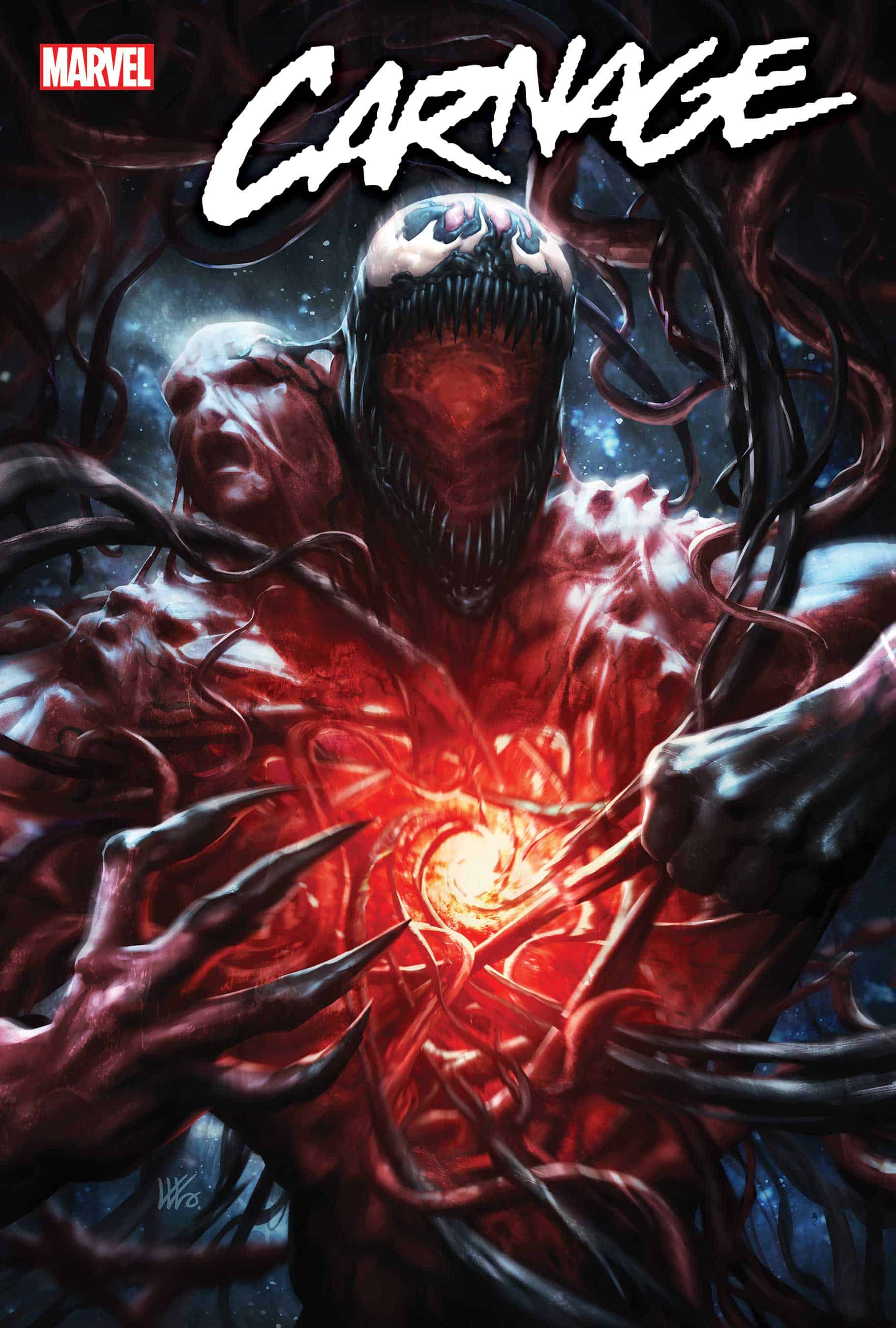 Years ago, Peter Parker spurned a puddle of black, extraterrestrial goo and inadvertently created one of the deadliest foes he's ever encountered: VENOM. Years later, Venom's offspring found a willing host in the form of Cletus Kasady, a dangerous serial killer, and together the two formed an even deadlier being called CARNAGE. But what will become of the Carnage symbiote now, rejected by the only loving host it's ever known? And, like Venom before it, what new and terrifying creature will emerge on the other side?

The mysterious motivation behind Carnage’s trail of blood and death is finally revealed in the third issue of his latest ongoing series. Picking up right where the previous issue ended, we find the dreaded symbiote engaged in combat against fellow Spider-Man rogue Dr. Johnathan Ohnn, better known by his super-villain alias “The Spot.” Artist Rogê Antônio wastes no time delivering dynamic action, producing an impressive albeit short battle which makes active use of both characters’ unique abilities.

For a sequence in which circular black voids and writhing red tentacles fill every page, Antonio displays an impressive amount of clarity and structure in his panel composition. His art certainly never devolves into the disorganized visual noise that sometimes accompanies action involving any of the numerous symbiotes in the Marvel universe. The duel ends rather quickly, a surprise given the dramatic emphasis placed on the two villains’ confrontation in the final page of the previous comic. Despite being literally torn to shreds, the Spot assures Carnage, and by extension the readers, that his regenerative ability makes it almost guaranteed that he will return.

While there is still the copious amount of violence that Carnage fans have come to expect, it is relatively scaled-back, with most of the brutality occurring offscreen or through the vivid delusions of NYPD detective Johnathan Shayde. Writer Ram V has done an excellent job shaping Shayde, a brand-new character created for this series, into a believable and relatable everyman living in a world of heroes and villains. Shayde’s burden as a detective futilely attempting to bring an unstoppable monster to justice adds a David Fincheresque quality to the narrative. Ram V continues to expertly balance focus between protagonist and antagonist while providing the most insight into both characters’ goals and personalities so far.

The last thing I was expecting was for the detective’s subplot to surpass that of the titular character’s in terms of my personal interest. After a close encounter with death, Shayde now finds himself plagued by a symbiote infection and a mysterious voice inside his head. The voice belongs to infamous serial killer Cletus Kasady, or at least some remnant of his consciousness stored within the Carnage symbiote. Kasady makes the detective see horrible things, visions of himself violently assaulting his co-workers. While the illusions are fake, the feelings of frustration and anger spurring them on are real. It’s clear that Kasady is a threat to Shayde’s sanity, exposing his darkest emotions in attempt to drive him mad, but his history with Carnage also makes him an invaluable tool. What results is the world’s most bizarre buddy cop scenario, and I am eager to see this trainwreck of a partnership in action.

The latter half of the issue reveals that Carnage became envious after witnessing his rival Venom ascend to godhood and has since been absorbing the abilities of murdered super-villains in order to launch himself into space, hoping to become a “god-killer.” It’s the type of vague and nonsensical plan that only the unhinged symbiote could create, which unfortunately makes it the least fascinating revelation in the issue. The ending of the comic implies that Carnage is only a few seconds away from accomplishing his ultimate goal, but I don’t believe he will succeed. An abrupt transition from gritty detective thriller to cosmic adventure is not one I expect Ram V to make. At least not until the incredibly engaging human drama has been resolved.

Carnage #3 adds an additional layer of complexity to detective Johnathan Shayde's hunt for the blood-thirsty Carnage, as well as a captivating element of psychological horror. Ram V plants the seeds for an intense battle of wills, while leaving the future vague enough to keep you guessing what will happen next.

Carnage #3: Where’s The Carnage In That?