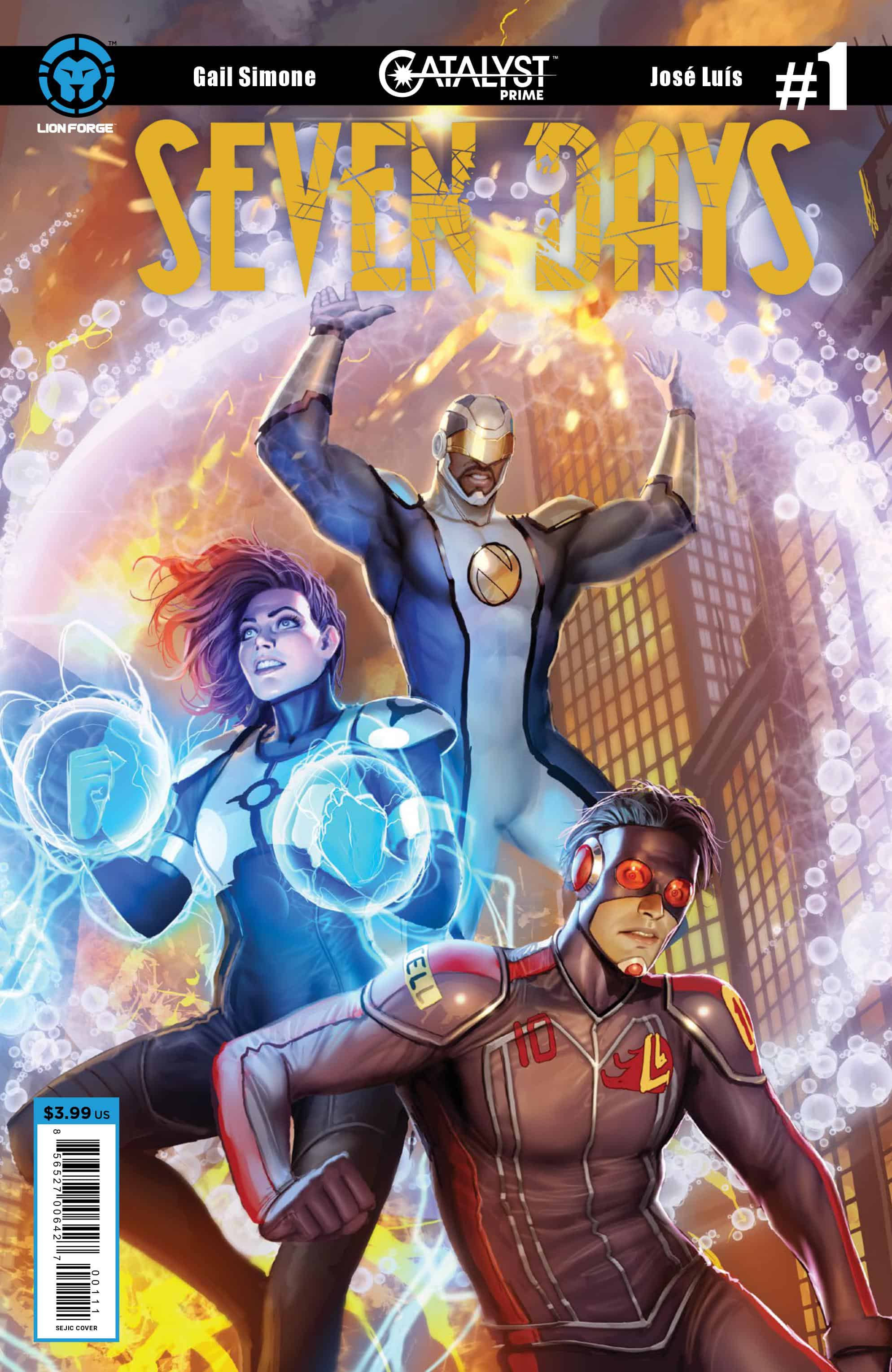 DAY ONE: Lorena Payan was the first to realize a meteor was hurtling towards Earth two years ago. Now, she's the first to realize the Earth is in danger once more from something equally cosmic but far more sinister. As dubbed by a mystery figure, the Obsidian Men begin appearing silently all over the globe, and our heroes Noble, Summit, and Accell join together to investigate...but is it too late!??

Ok first off let me say I deliberately have not read anything up to this event because I wanted to see how easy I could slip into a world of heroes I have never read about or done background on ahead of this review. I had more than a little trepidation at taking this approach but now that I have read the issue I know I shouldn’t have worried.

This is a beautiful comic from start to finish. Starting with the cover by Stjepan Sejic who’s art is so strikingly eye-catching that  he could do a cover of a dancing toilet roll and you would still pick up the comic just to see what the comic is about and in an age where many many indie comics compete for the clients money having someone as talented as Sejic do the cover is a great choice. 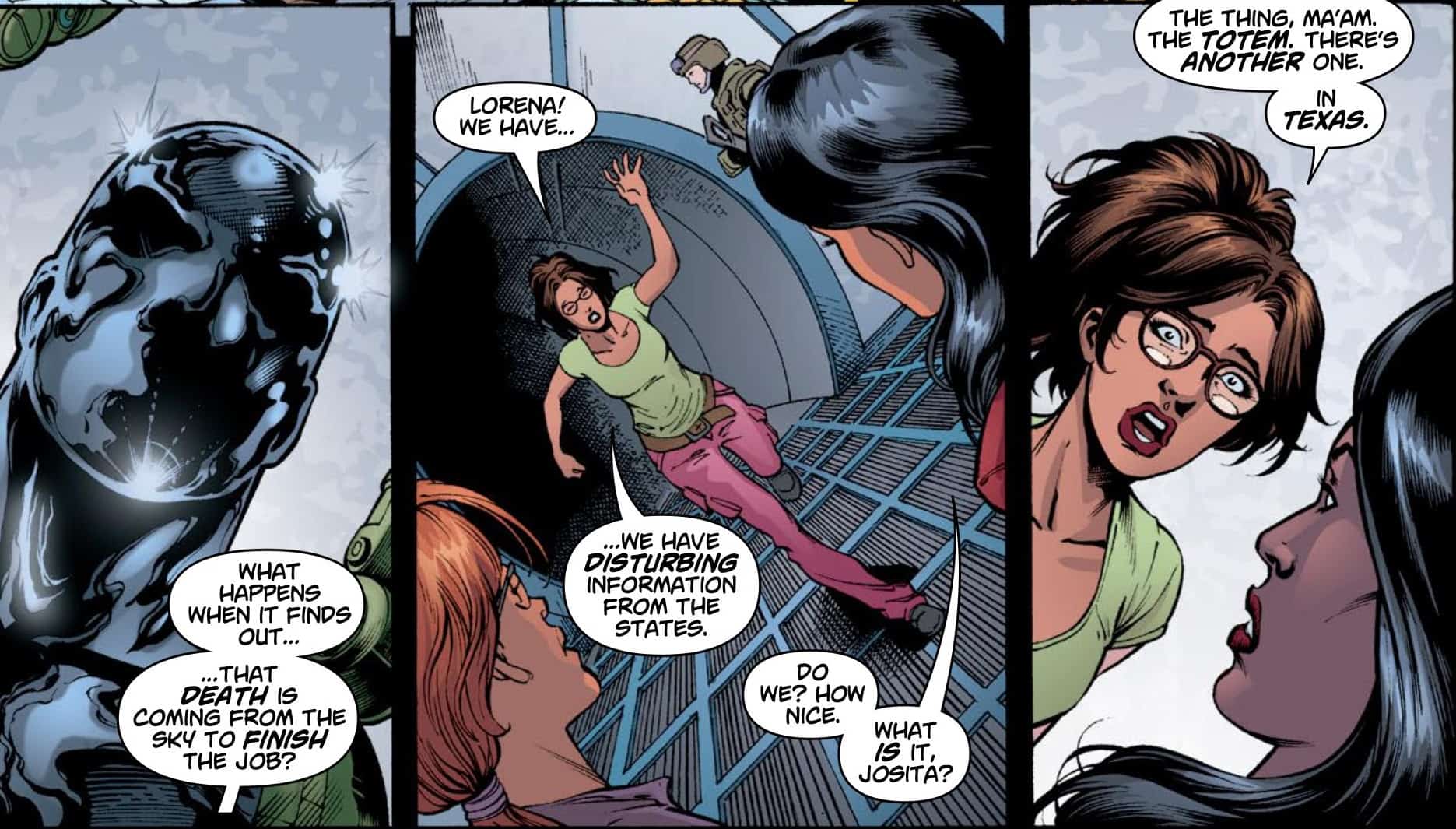 The interior art is nothing short of excellent. The lines and inks from Luis and Trinidade are clear and clean in every single panel down to the finest detail and there isn’t a single panel that one can point to and call rushed or incomplete which speaks to the level of care and that has gone into the making of this first issue. I was reminded very much of John Cassaday’s first issues of Planetary which is a series I really deeply admire. Add to this clean and considerate coloring by Michelle Madsen and the well-executed lettering by Saida Temafonte and this comic stands out for me as one of the highest quality ‘Indie” titles I have read from any publisher in recent memory and that’s no small achievement. This again speaks to the level of commitment that both Lion Forge and the team on this book have to making comic readers new and old take notice…and I believe it’s done exactly that.

Gail Simone isn’t like a lot of other writers I’ve come across in comics. She is equally comfortable with writing high drama action scenes as she is making scathing social commentary as she is making a joke about boobies (yes I said boobies in this review because it’s relevant) One could argue that Gail spends an inordinate amount on social media for a writer but I believe it’s given her a finger on the pulse of what’s happening in the world and that in turn translates into her writing giving us a very real-world connection to the characters in this comic.

Simone incorporates her understanding of social media very cleverly with one of the characters being a Spanish speaking POC music student vlogger named Camila and there is some incisive satirical social commentary in some of that character’s introductory dialogue about the nature of what people prioritize when it comes to news on social media.

This opening issue sets up the events of what’s to come as we are introduced (if you are a first-time reader like myself) to a range of characters from the superheroes like Accell, Noble, and Summit to a wide spectrum of supporting characters from all walks of life that are well fleshed out and engaging ( I am particularly fond of Lorena Payan the head of Foresight as a character in this book) and of course the inevitable villain. 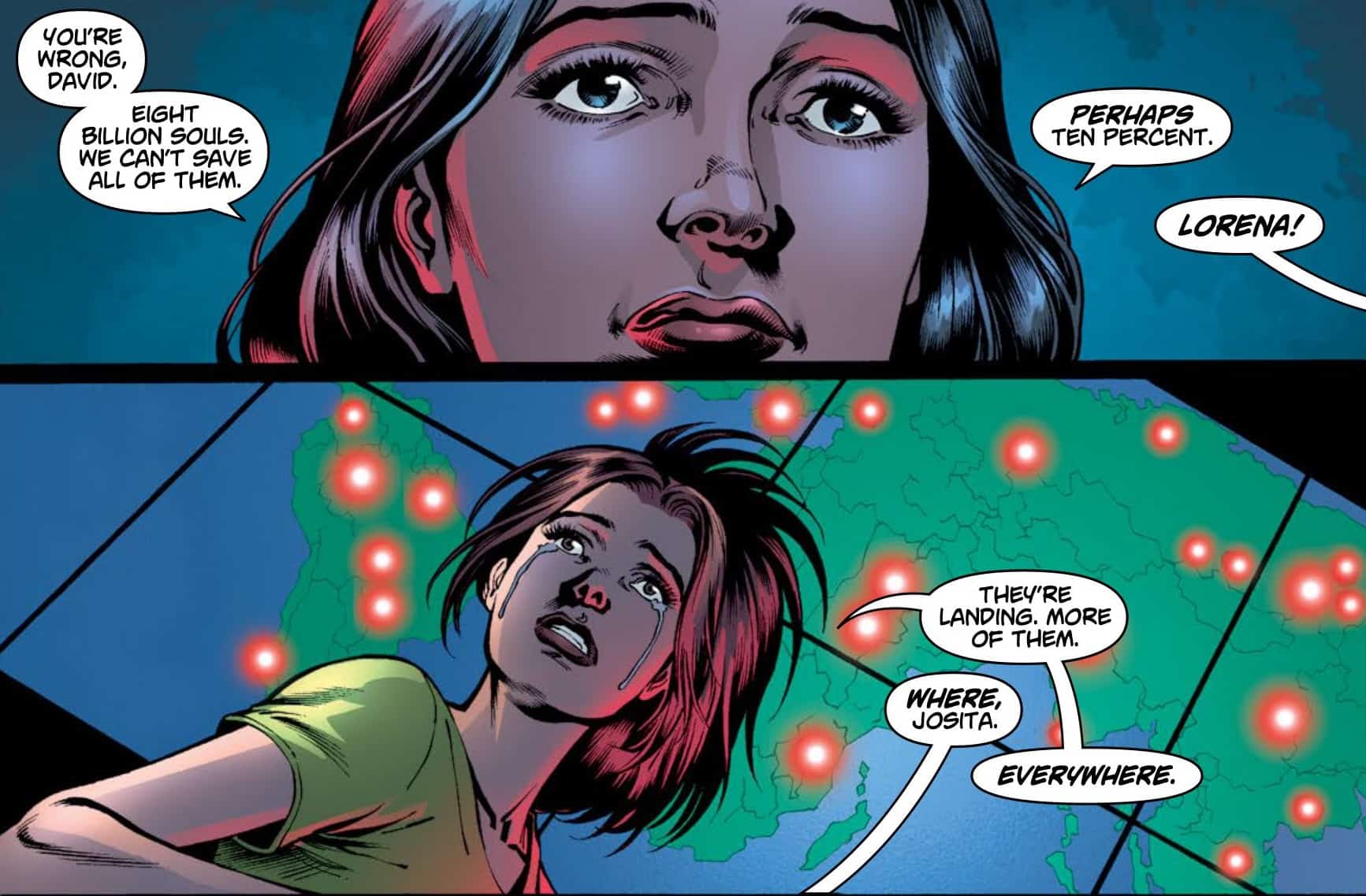 Overall though Simone keeps the tone serious and things get even more serious as tragedy strikes toward the end of the issue which ultimately sets up the events to come and lets us all know just how high the stakes of this event really are.There is a ramping up of urgency in the course of the first issue that is exhilirating and a little scary (in a good way)  which by the end of the issue has you wanting to know whats going to happen.

The issue is easy to read and follow as Simone and the team incorporates enough background information about these already made characters. This allows new readers to follow without being completely lost which I think bodes very well for the series, at the same time the story is compelling enough to make one interested to go find out more about who you reading about!

There is also an informative afterword by David Seward II detailing the history behind Lionforge and the road to this point for the publisher with this series which is a really an nice informational for those not familiar with the publisher.

Catalyst Prime: 7 days #1 is a prime (haha) example of the excellence that can be achieved by any publisher if you have the right creative team on a book. It's this type of solid opening issue that every comic book event series should aspire to be. Well written, superbly executed in all parts of the art from lines to lettering (lettering IS an art for the people at the back) and carries weight and gravitas that sucks you in and leaves you wanting more. Highley recommended!